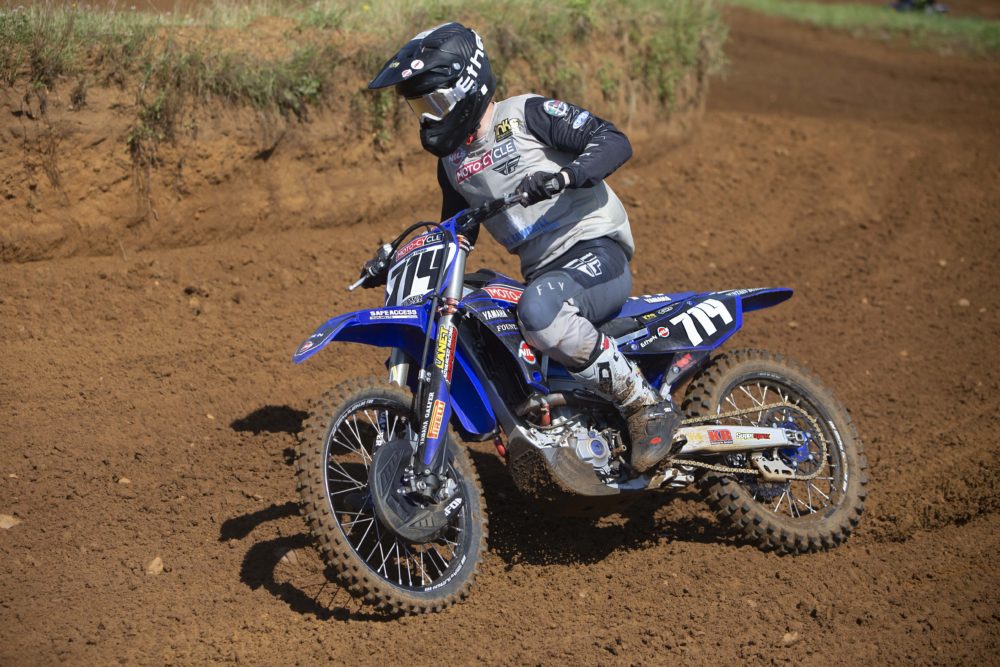 For once, the weather was hotter than the racing as round three of the Bridgestone Masters of motocross visited a stifling hot Culham Moto Park in Oxfordshire. With temperatures reaching into the thirty’s on Sunday, everyone was suffering from the heat, some more than others.

Brad Todd (Moto-cycle Yamaha) and John Anderson (Gabriel KTM) carried on their winning ways from round two at Sherwood by notching up another two wins. Todd’s in the Pro MX1’s while Adamson did the same in the Pro MX2’s.

Thousands of gallons of water were sprayed onto the track by the hard-working track crew on both Friday and Saturday evenings and well into the night in an effort to keep dust to a minimum with a great deal of success considering the heat. 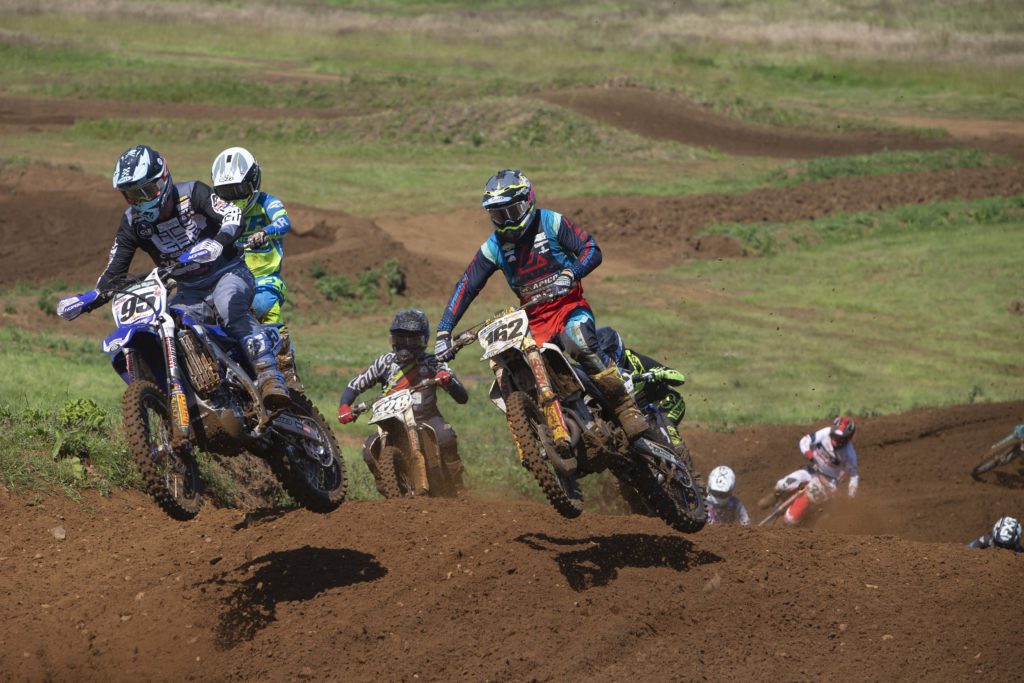 Todd got the holeshot at the start of the first combined Pro MX1 and MX2 race, followed by Liam Knight (Gabriel KTM), Stuart Edmonds (Apico Husqvarna) and Dan Thornhill (Cab Screens Crescent Yamaha). Michael Ellis (ICS Husqvarna) and John Adamson (Gabriel KTM) were the first of the MX2 riders in fifth and sixth, while Jack Bintcliffe (Yambits Yamaha) crashed out of the race on lap two. Adamson passed Ellis later on in the lap and passed Thornhill for fourth at the halfway point. 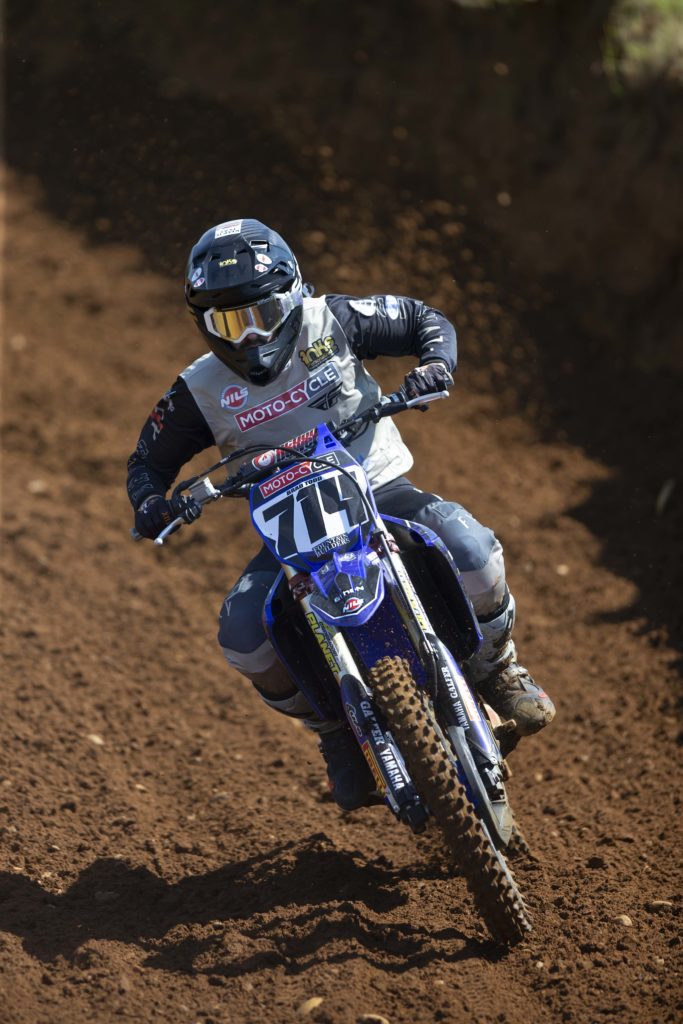 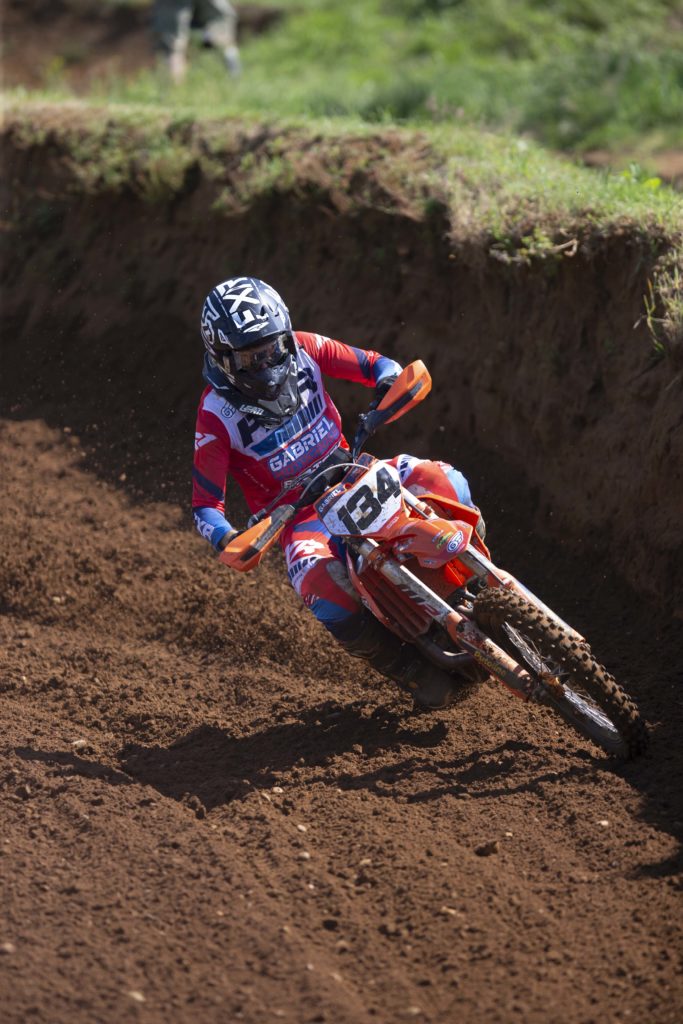 By lap four, while Lewis Hall (RHR Yamaha) was making up for a lap one mistake, his teammate Sam Nunn crashed out of the race and took no further part in the meeting.

With a lap to go, Edmonds, who had spent most of the race trying, finally found a way past Knight to snatch second place behind winner Todd. Adamson was fourth over the finish line but was the first MX2 rider. Next came Thornhill, with Ellis sixth on the track but second MX2 rider. 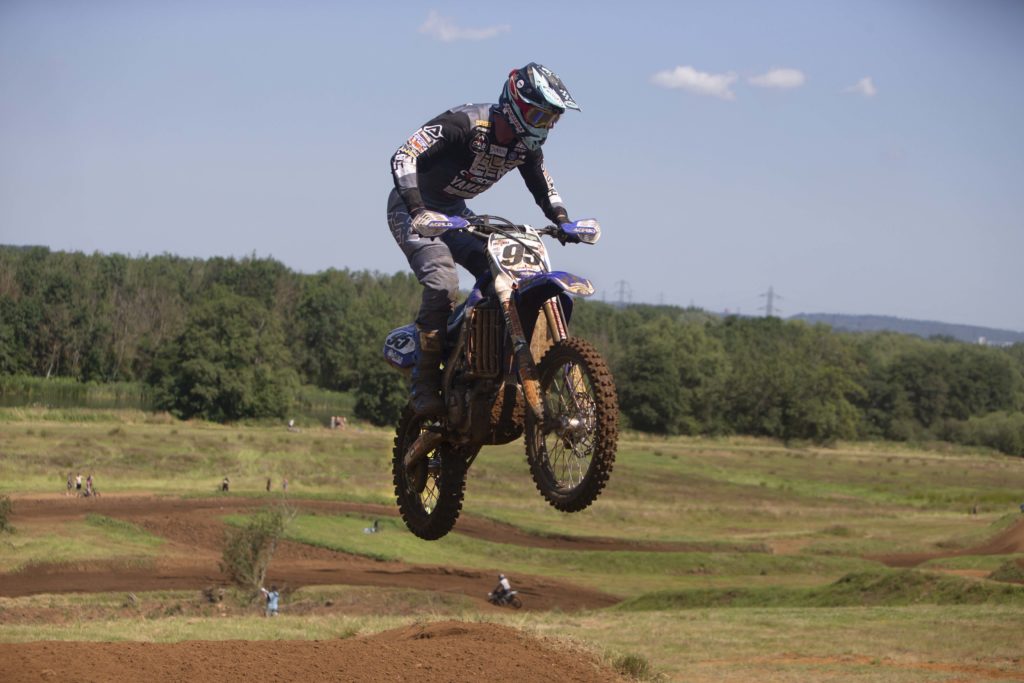 Ben Putnam came from thirteenth at the start to finish eighth, but the third MX2. Hall, from his first lap mistake, crossed the finish line in ninth but fourth in class. 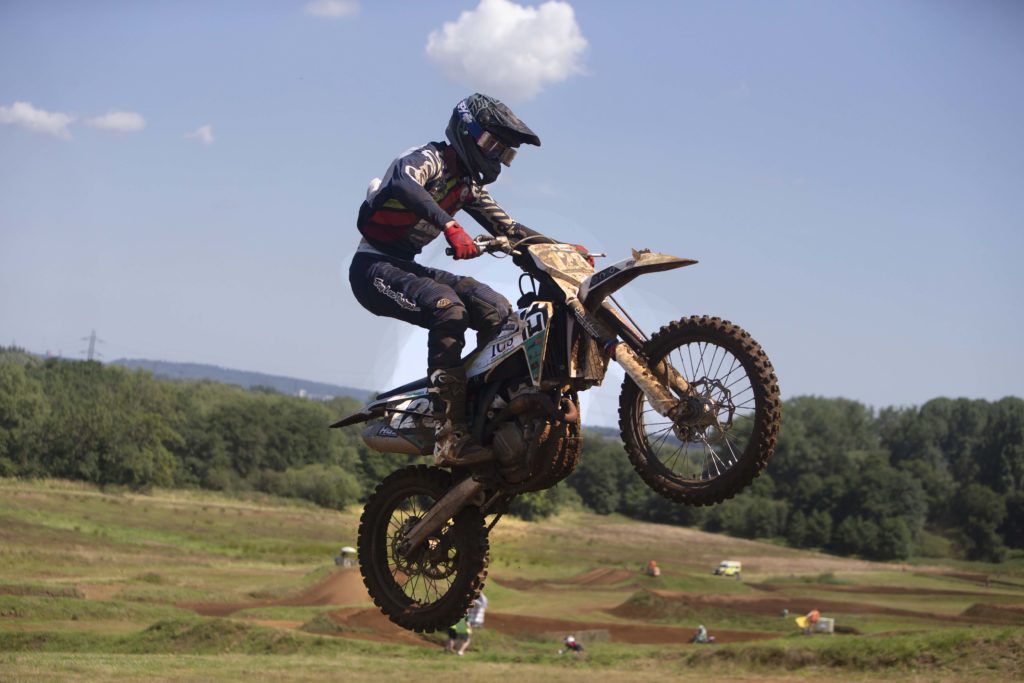 Once again, at the start of the second Pro race, Todd got the holeshot and did just enough to win the race. Edmonds gated second and chased Todd for the first couple of laps till a simple mistake dropped him back to sixth. Adamson, Knight and Hall all took full advantage of Edmonds mistake, but while Adamson finished the race in second, first MX2 rider, Edmonds recovered to third, second MX1 rider home.

Knight was in the thick of it, passing and being passed all race long to finish in another third place with Thornhill another fourth.
Hall crossed the finish line in fifth but was the second MX2 home, with Ben Putnam, another place third in the class.

Overall, Todd was on a maximum first from Edmonds and Knight, with Thornhill just missing out on the podium. In the MX2’s, Adamson was on another maximum with Hall a hard-fought second overall with Putnam third. 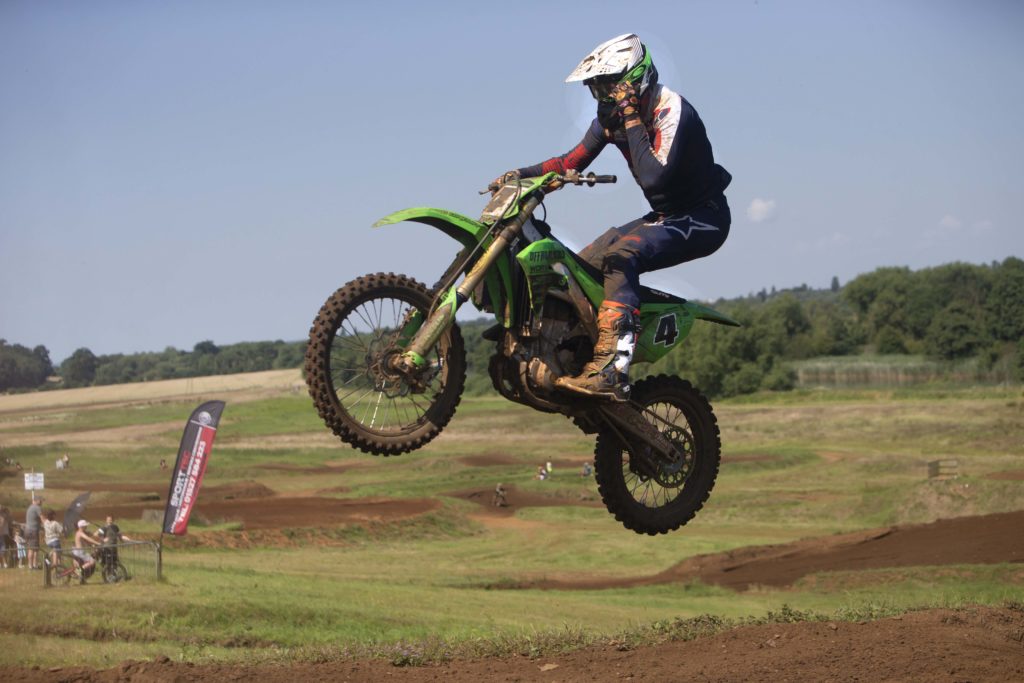 With three win’s and a second, Aaron Patstone took the amateur MX1’s by storm from Benjamin Knight and George Clarke as race one winner Edward Briscoe didn’t take part in the second day of racing. 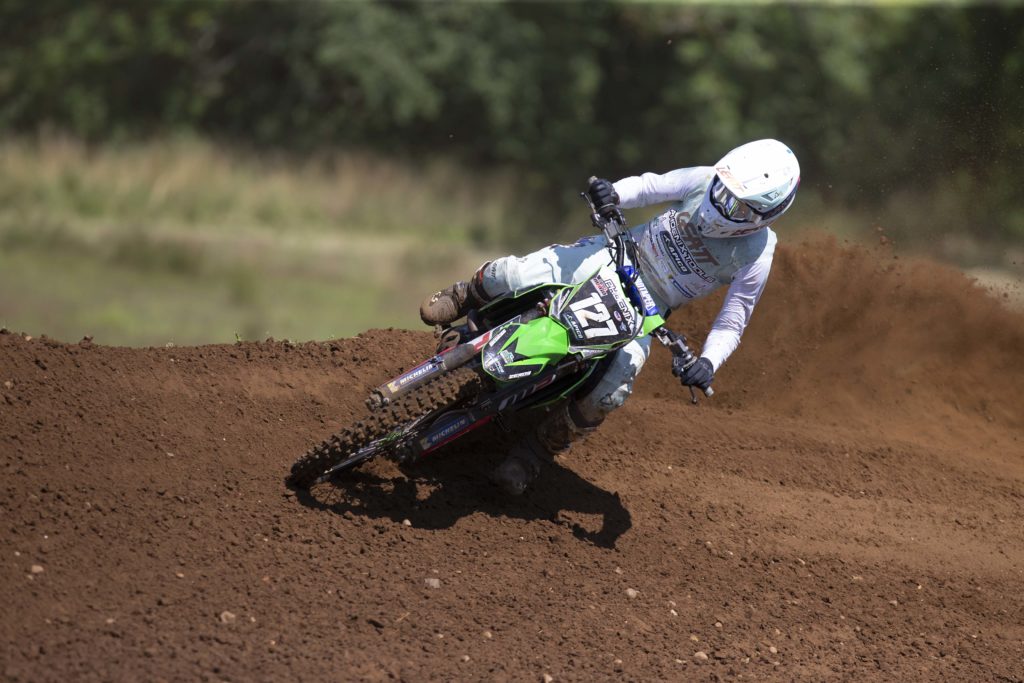 Sam Atkinson won the first three of the Amateur MX2’s, but a mid-pack start robbed him of a clean sweep of win’s, but with those three wins’ he still took the overall class win. Race four winner Alfie Jones was second, with Rory Jones third. 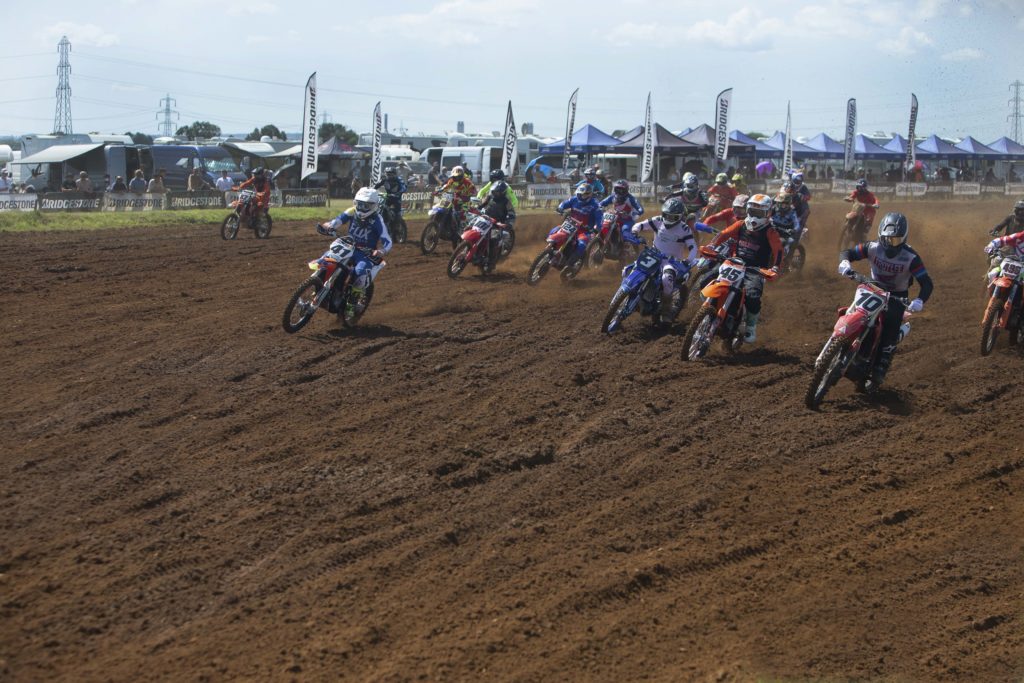 With two wins and two third places, Lee Clarkson won the Clubman class from Matt Jones and Adam Paxton, while a DNF in race two robbed  Mark Kinsley, the winner of races one and three of a higher overall position.

The 125 two-stroke was a weekend-long battle between Matt Bayliss and Charlie Hayman. Bayliss had two wins, a second and a fourth as Hayman, the same as the pair of fast racing youngsters finished on the same score, of course. Bayliss was awarded the overall by virtue of his last race win. Jordan Bachelor didn’t finish out of the top three all weekend for third overall. 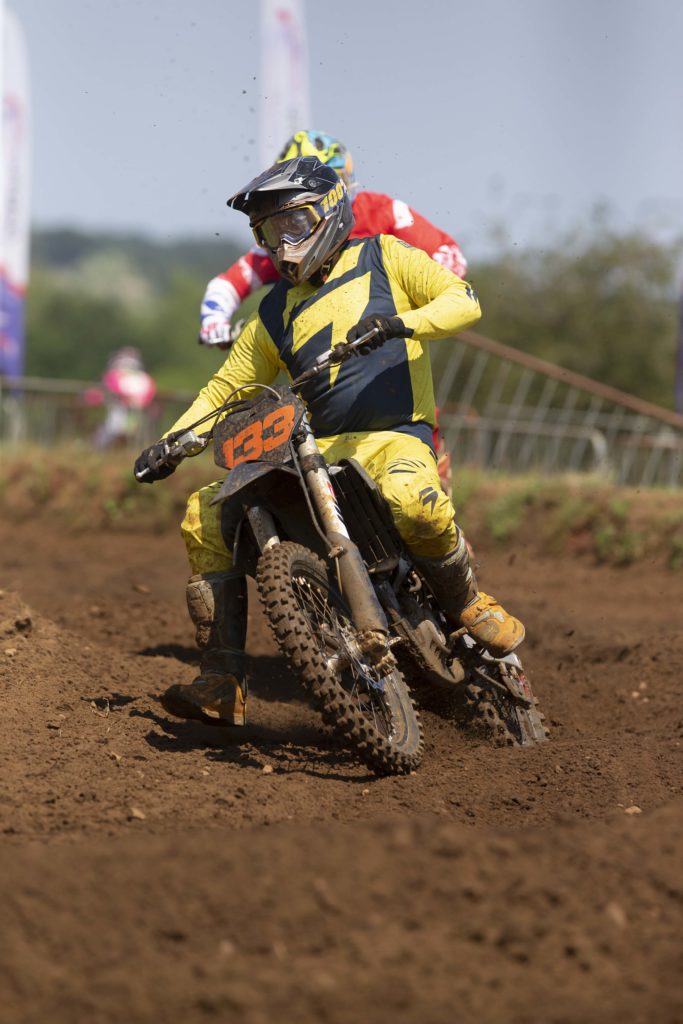 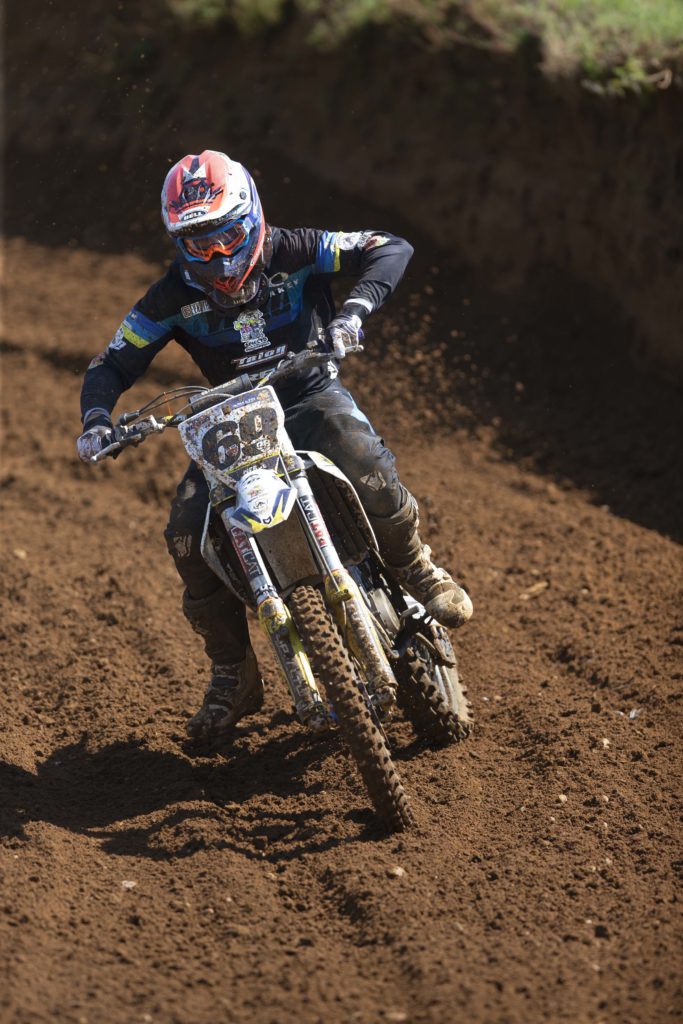 The MXY2’s was almost as closely contested as the 125’s. Jack Lindsay, with two win’s and two second places, was the overall winner by just two points from race one and three winner Ben Clarke. Ollie Cole didn’t finish out of the top three for third overall, just ten points from the class win. 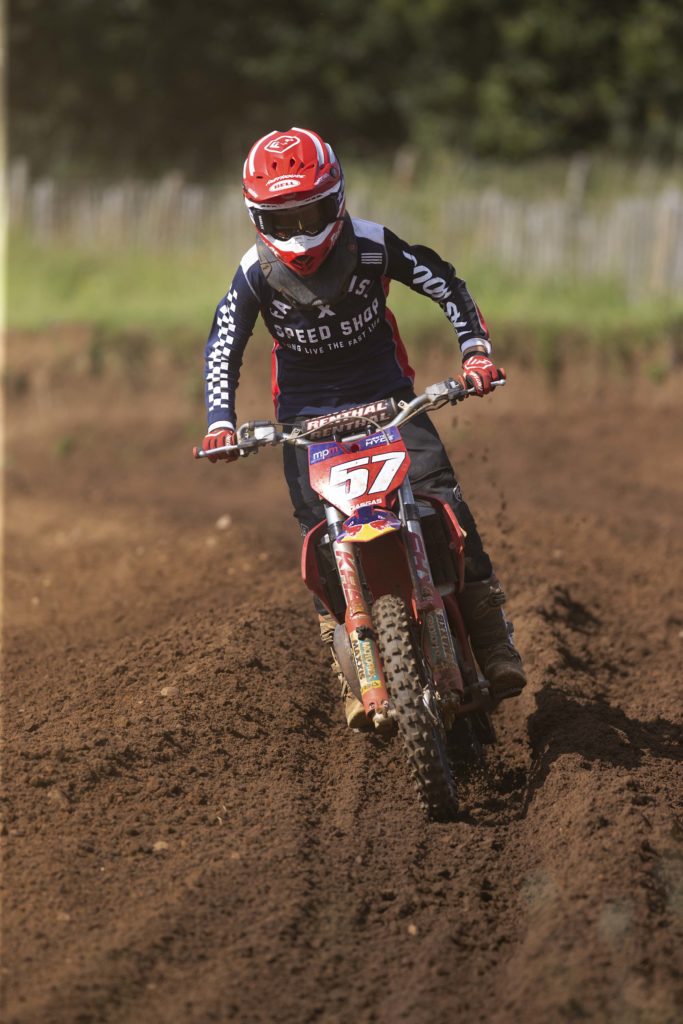 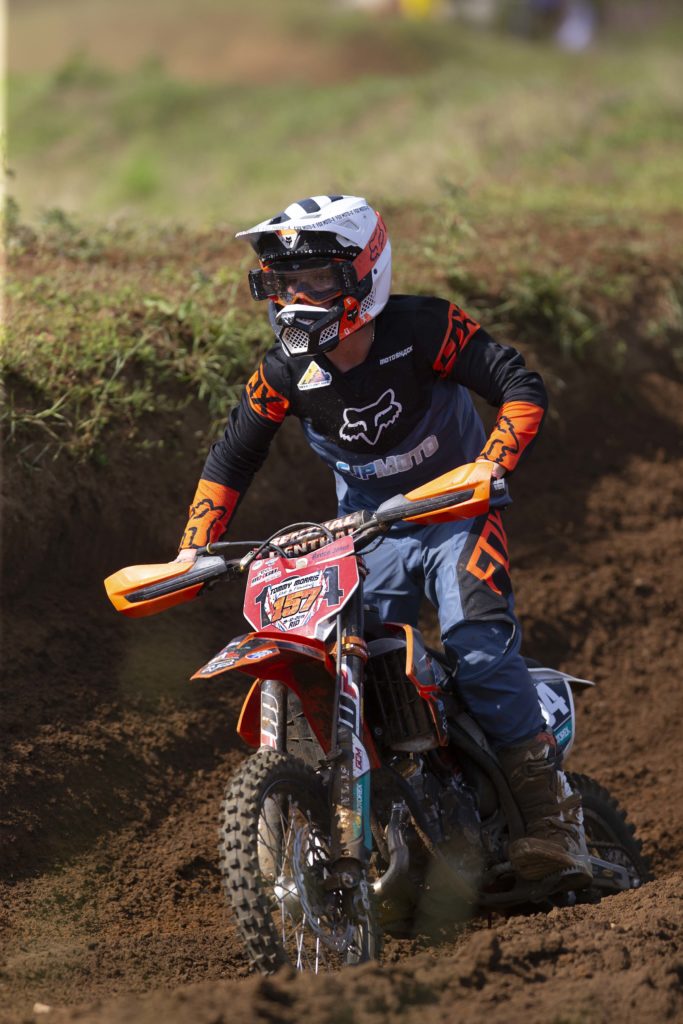 A crash in the opening lap of the first big wheel 85’s robbed Wal Beaney of the overall. He crashed out of fourth and dropped back to twenty third before mounting a recovery which took him back up to ninth place by the end of the race. But the damage was done as Billy Askew, with four top four places, took the overall. Beaney was second, with Louis Vincent third.

Reece Jones was in control of the small wheel 85’s as he had four wins from four starts. Chester Hyde was second, with Blake Ward-Clarke third.

Robbie Daly won all four of the Junior 65’s from Alfie Geddes-Green and Joel Winstanley-Dawson.

Round four is in two weeks at Iron Works. 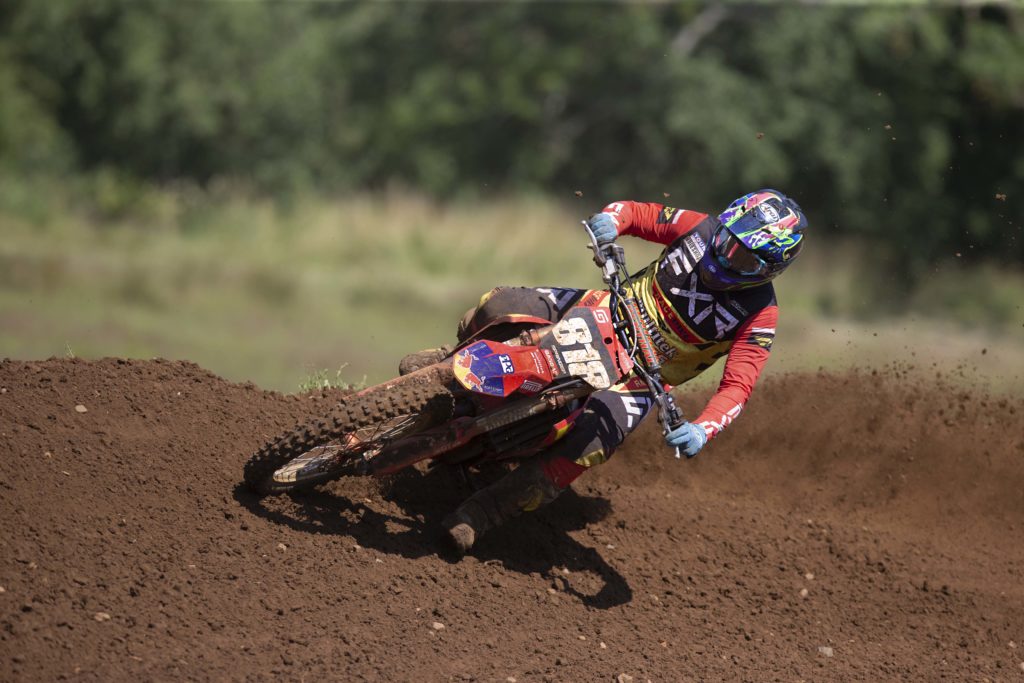 Evans stands out for GRT Holeshot at Sherwood!
Read More 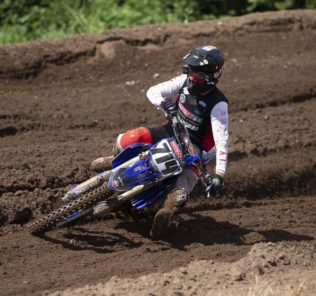 MXGP locked and loaded for Loket – Preview
Next

Tough break for Hammal in Oss!
Be Social…