The End of the beginning! Cumbria MX Club Championship Rounds 1 and 2 – Race Report and Results 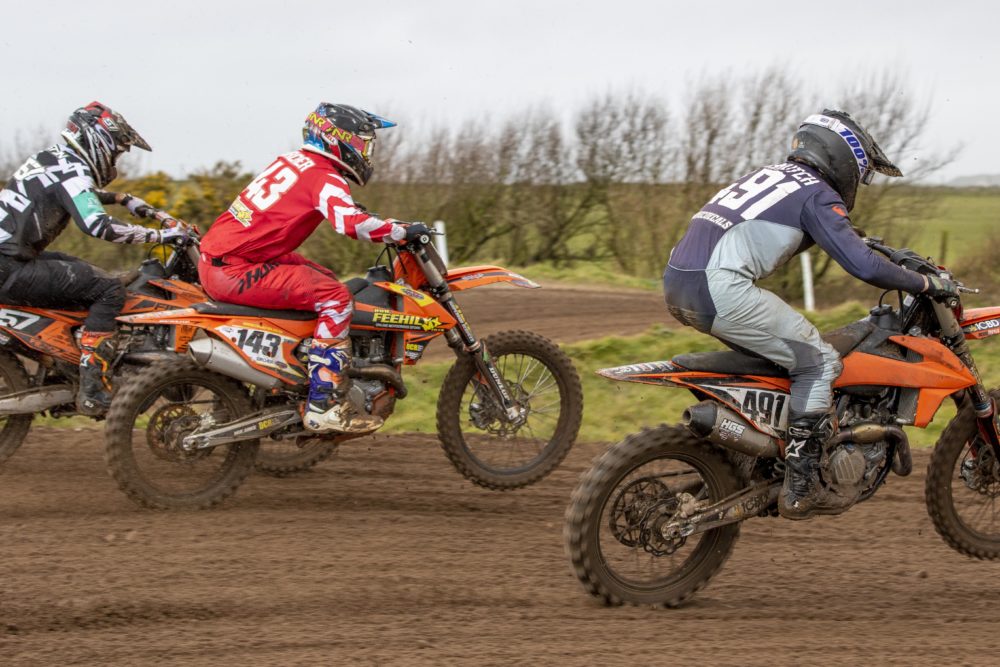 The first and last motocross race meeting in Cumbria kicked off in the rough sand of Route44 as Cumbria MX hosted rounds 1 and 2 of their 2020 Club Championship. After what seemed like months of wind and rain in the far north, the track was perfect, even though some did find the in-field puddles (no names mentioned)

With over 150 riders signed up Saturday and a bigger turnout Sunday, including several making the long trip from the cancelled British Championship at Little Silver, it was go time with the Autos out first.

The #512 of Jude Richards battled well in moto 1 to finish behind Brooklyn Tinkler before going 1-1 in the final 2 races and taking the overall. Leo Whittle was second overall continuing his good form from 2019, Tinkler completed the podium, an unfortunate 7th in moto 2 preventing a podium challenge.

A lot of the Auto class of 2019 have now moved up, and an impressive gate of 24 lined up for the 65s. Very Impressive and taking the overall was Owen Kenningley with maximum points, completing the podium was Kameron Greenhaigh and Finley Cowie going 2-2-2 and 3-3-3 respectively, always on the case in 4th Finley Easton continues improving in his early 65s days. 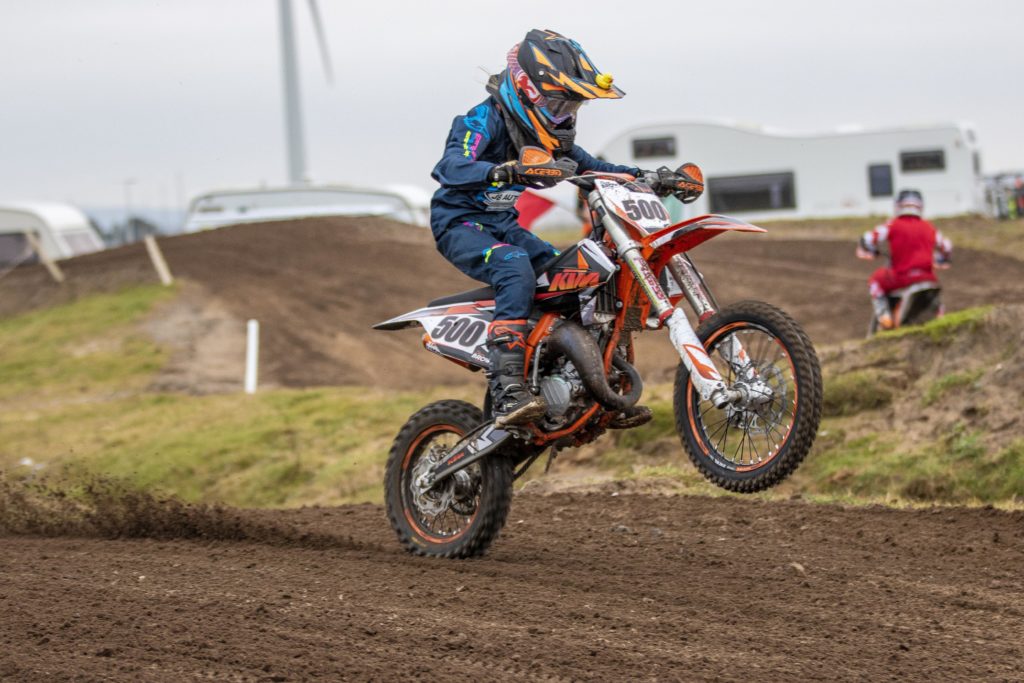 Small and Big Wheels were next up and produced some super fast super close racing. Matt Ferneley mixed it with the Big Wheels and in doing so took a maximum start to his 2020 Season. Dylan Davidson improved as the afternoon went on to finish second and Cumbria’s Zachary Pearson third. Joe Dakin was unfortunate on his #90 machine to have a DNS in the final moto after going 2-3 in the first 2 races.

Some of the Big Wheel racers definitely looked like the parents have had them stood in grow bags over the winter months, and Scotland’s Kerr Thompson on the One23 mx bike took the overall from moto 2 winner and fellow Scot Ryan Mckinney following on from an impressive weekend at Desertmartin the previous weekend. West Cumbrian Lian Johnston completed the podium after stepping up onto the Big Wheels.

Making the long trip north, Bailey Johnston took the overall in the Rookie class despite only 1 moto victory. Moto 1 winner Kyle Peel produced a fantastic battle through the pack to take Johnston late on, while Aaron Brown was the Moto 2 winner. The final three was to be Johnston Peel and the North Easts Shay Page going a solid 3-3-3.

Onto the Adults now and a bumper turn out, the C’s split into under and over races. Shaun Murphy was the overall winner in impressive fashion, from local racer Gavin Southward , John Carruthers completed the podium after a slow Moto1 bounced back going 1-2 in the final 2 races.

The under 30 started their Championship campaign with a bang, literally, with a big moto 1 pile up, all, fortunately, getting up and resuming. West Cumbrian Mark Blacklock managed to avoid the carnage and built up a lead before being chased down and caught by Thomas Lawrence. However, Blacklock was to take the overall going 2-3-1 ahead of the consistent pair of Elliot Owens and Rhyce Ward. 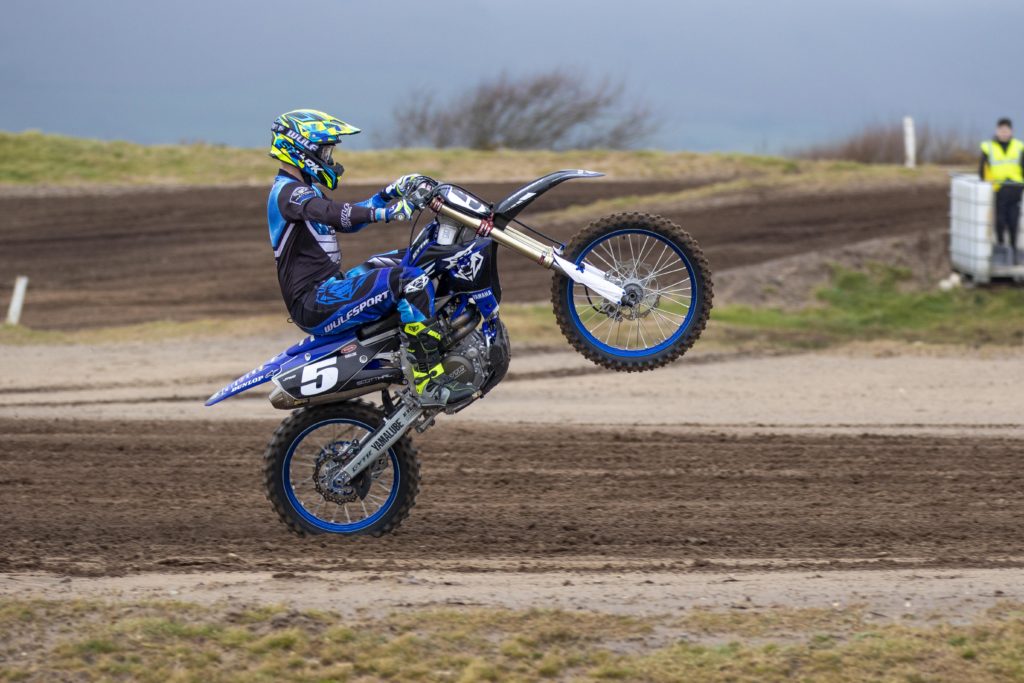 The A and B class were last up, Andrew Slavin took the B class Honours, continuing on from last seasons great tail end form, ahead of Paul Hauxwell who took moto1 victory. North East Racer Michael Graham completed the top 3. A stacked A class and a fast starting Callum Bircher took an early Moto1 lead, but was eventually chased down by George Simmutch and Jake Preston who both battled through the pack after the first corner. After a quiet but solid Moto1 it was Stephen Wade taking the overall, from Preston and Acerbis National competitor Andrew Wilson in third. Simmutch could well have been on the victor had it not been for a DNF in moto2. 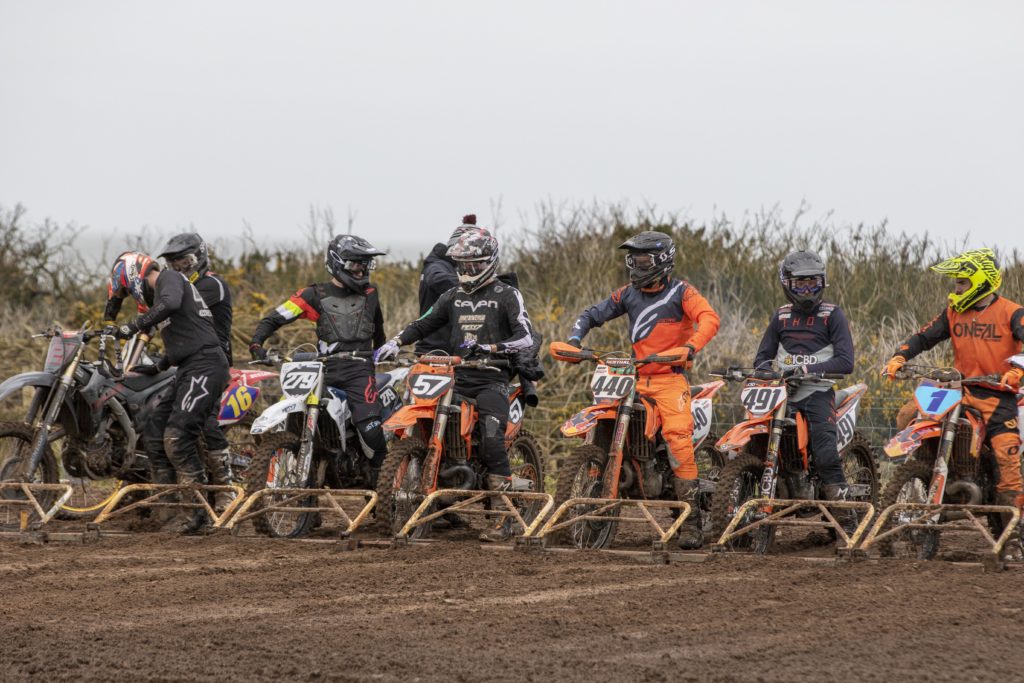 Aaron Todd was the maximum man in the Auto Class, ahead of Rickey Barrock making the long trip from Scotland to Devon and back to Cumbria. Saturday winner Jude Richards completed the top 3 and takes the early Championship lead.

After a season missing some of the action in Cumbria in 2019 Liam Bell hit back with a bang after some practice at JSMX the week previous he took maximum points in the 65 class, no mean feat after the impressive performance of Owen Kenningley the previous day. Finley Pickering a Sunday only racer went 3-3-2 for the final podium place.

In a battle to find a dry parking place the Keith Family also made the trip north from Devon and Jamie who is super quick around the Route44 circuit and was never in doubt of taking a 1-1-1 scorecard home in the Small Wheel 85’s, although Lancashire’s Max Harris kept him honest in second overall with Dylan Davidson coming third.

Ryan Mckinney went one better on Sunday taking the Big Wheel 85 overall ahead of Kerr Thompson, I don’t think this is the last time I will mention these two together as this season hopefully progresses. Matt Fernley took moto2 and took third overall in the process. 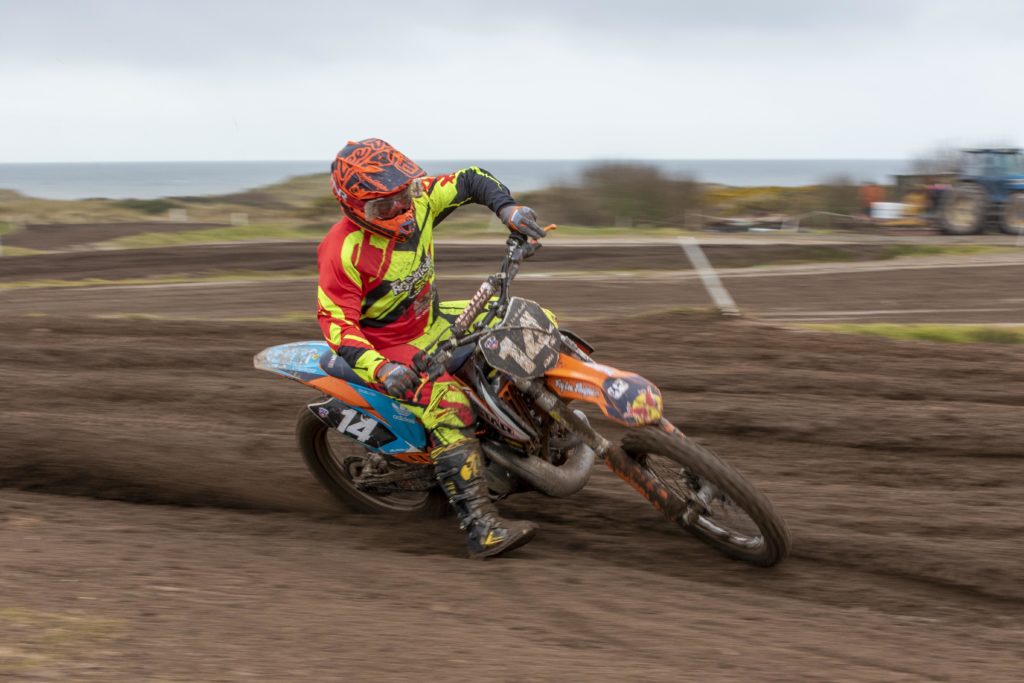 The Rookies up next, and again Bailey Johnston got out the gate and was gone in Motos 1 and 2 although Aaron Brown was able to take a deserved moto3 victory. Brad Knowles just pipped Shay Page to the final podium place in the final race of the day.

Dylan Schwencke was unlucky to have a big crash on Saturday or he may have reached the podium in the Adult C Under 30’s class, but he made no such mistake on Sunday going 4-1-1 for the overall only two points however ahead of Andrew Muir with Saturday winner Mark Blacklock a further 2 points behind.

Always fast round Route44 is Scott Murray, as he made the trip down for Sunday a worthwhile one going 1-1-1 in the Over 30s class. David Hartley had a solid day especially the final 2 races for second overall and Ricki Darlington in third.

The Adult B class was taken on Sunday by Michael Graham, Aaron Hunter making the trip for Sunday only in second with Andrew Slavin a solid third and a holeshot prize from the Club.

George Simmutch was in no mood to share any points on Sunday and goes 1-1-1 on board his Ktm, Jake Preston was again in second, and Andrew Wilson in third.