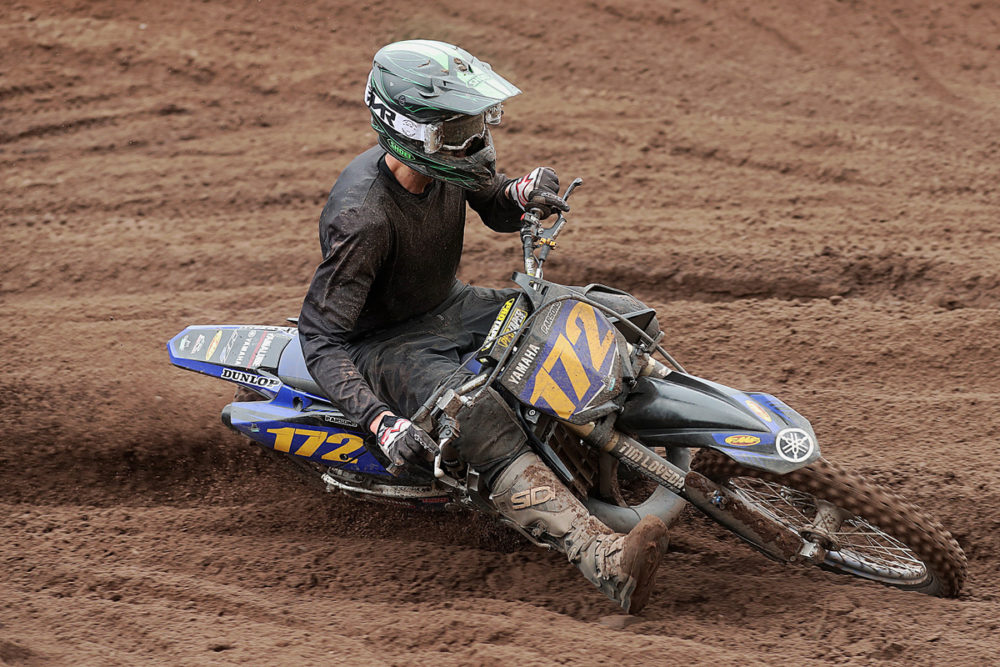 Just three weeks ago, Hawkstone Park was underwater as the AMCA attempted to run a British Motocross Championship round. Last weekend they returned to the famous old venue to stage round three of their new National series sponsored by Dirtshifter Bike Cleaner, and what a contrast there was to be in the conditions!

This time, the going was absolutely prime, producing plenty of exciting action and numerous moto’s which went right down to the wire. Eventually taking the overall victories on the day were Luke Bull, Michael Parsons, Joshua Senter, Joshua McKenzie, Michael Windsor and Bobby Dickinson-Smith. 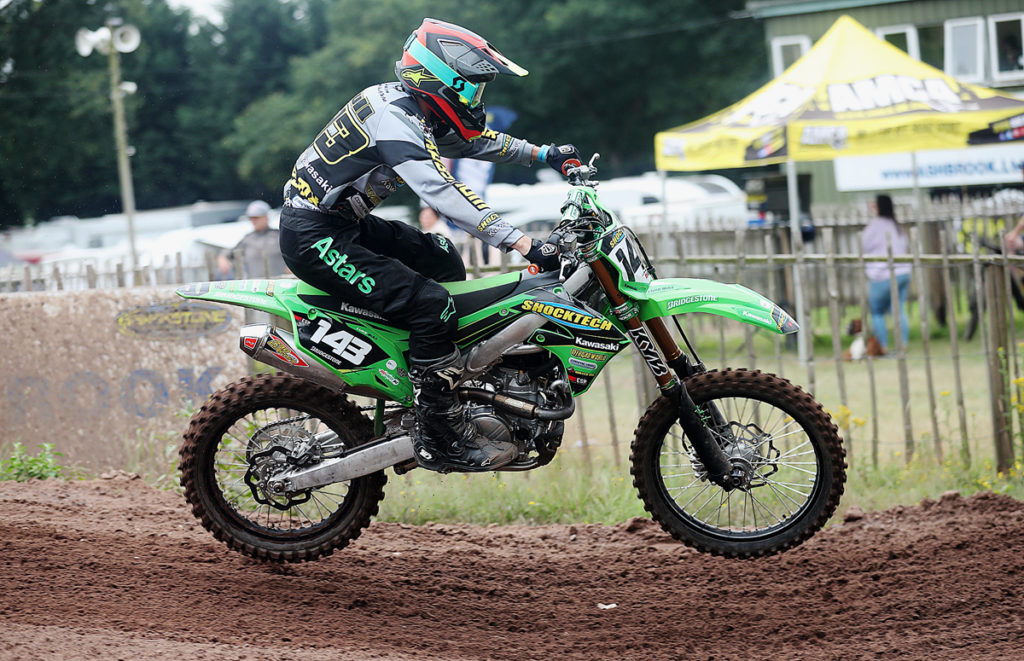 MX2 Juniors opened the programme at Hawkstone and Bobby Dickinson-Smith led moto one all the way as young Callum Radford took 2nd from series leader James Merrett, Chris Conduit and Ben Weston. Moto two then produced a thriller which was typical of the day’s super competition as Radford led the charge from Conduit. After seeing off Conduit, Callum then came under severe pressure from Dickinson-Smith and Merrett. Showing great composure and despite lacking in energy after having recovered from a bout of Covid, the leader managed to hold onto his advantage until the final lap of the contest when both of his challengers found a way through. In the last one, Dickinson-Smith then completed his classy maximum score chased again by Merrett, Conduit, Radford and Weston. 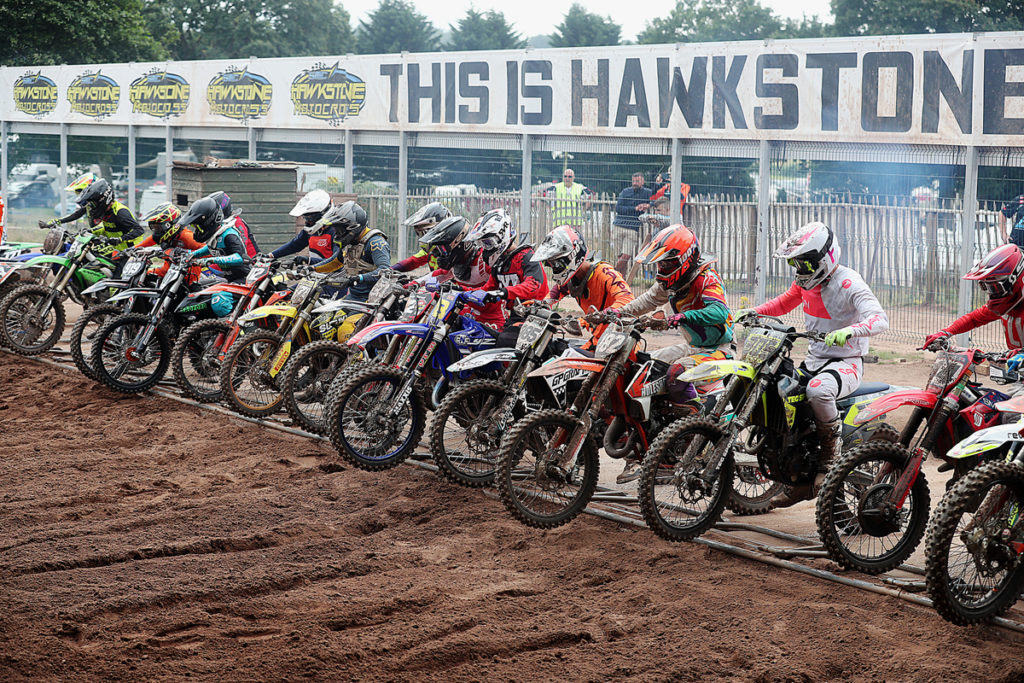 Arriving at Hawkstone as the MX2 Seniors series leader, Nigel Woodman produced a super effort in moto one, coming through the pack to close in on leader Joshua McKenzie. For the remainder of the clash, Woodman was right on the back wheel of the leader, but despite his gallant efforts just failed to find a way through and thus snatch the win. Getting home in 3rd was Ozzie Murray with Joshua Main, Matthew Law and Elliot Clegg next up.

McKenzie was then victorious again in moto two before it all changed in the last one. This time Woodman was first past the chequered flag from Cameron Doleman, Benito Sidoli and McKenzie. In the podium stakes, it was McKenzie from Woodman and Clegg but more importantly in the series standings, Woodman has increased his advantage at the top to 33 points. 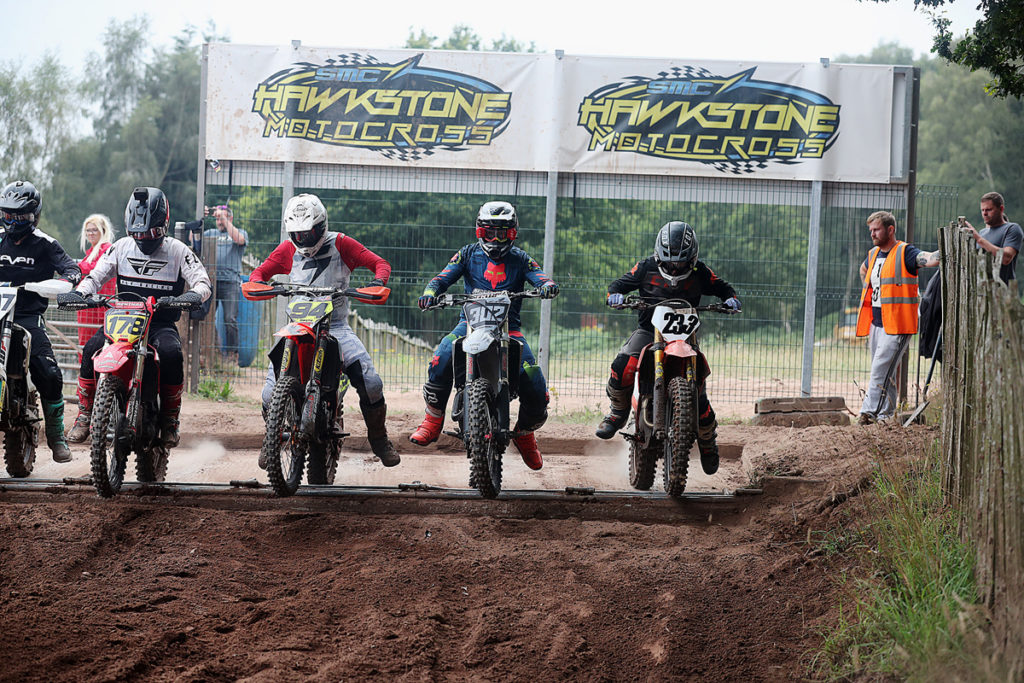 Blast off for MX1 Experts in moto one

After bagging a maximum in the series opener then missing round two, Michael Parsons was back in MX2 Experts action at Hawkstone. And, Parsons started with a win ahead of series leader Jordan Saunders, Ben Bird, Jacob Gwynne and Jack Jordan. Moto two then produced exactly the same top three as this time Josh Herbert took 4th with Gwynne in 6th. In the last moto, Saunders then ensured that he would remain as the series pace-setter by bagging a nice win ahead of Parsons. 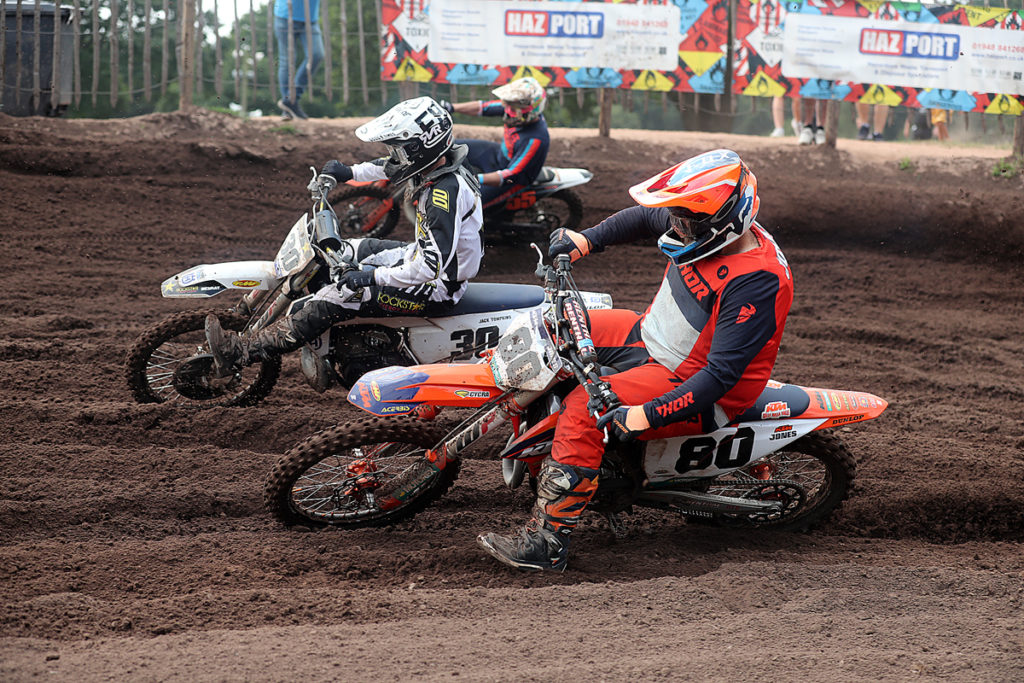 Unbeaten so far in the National series, MX1 Juniors leader Michael Windsor maintained his very high-performance levels at Hawkstone by scorching to another maximum points haul. In the opener on Sunday, Kelvin Anderton took a great 2nd as David Donnelly, Andrew Lowe, Joshua Williams and Martyn Clinton filled the next four finishing places.

Moto two and Windsor was in the winning habit again but this time it was certainly not quite so straightforward! In the early stages and right up until the mid-point of the moto, the leader was coming under intense pressure from Clinton. Unfortunately though the challenger then crashed and tasted the Shropshire sand whilst attempting to make the vital pass. So it was 2nd for Clinton with Anderton a solid 3rd, Donnelly 4th, Thomas Meagher 5th and Williams 6th.

In the last MX1 Juniors moto, the super Windsor was right on the gas and stretching his KTM’s throttle wire to the max for yet another win and 50 big series points. So it was Windsor, Donnelly and Anderton on the podium. The big question now is can Windsor go through the card in the remaining two rounds at Nympsfield and Bromsberrow and thus claim the perfect score? 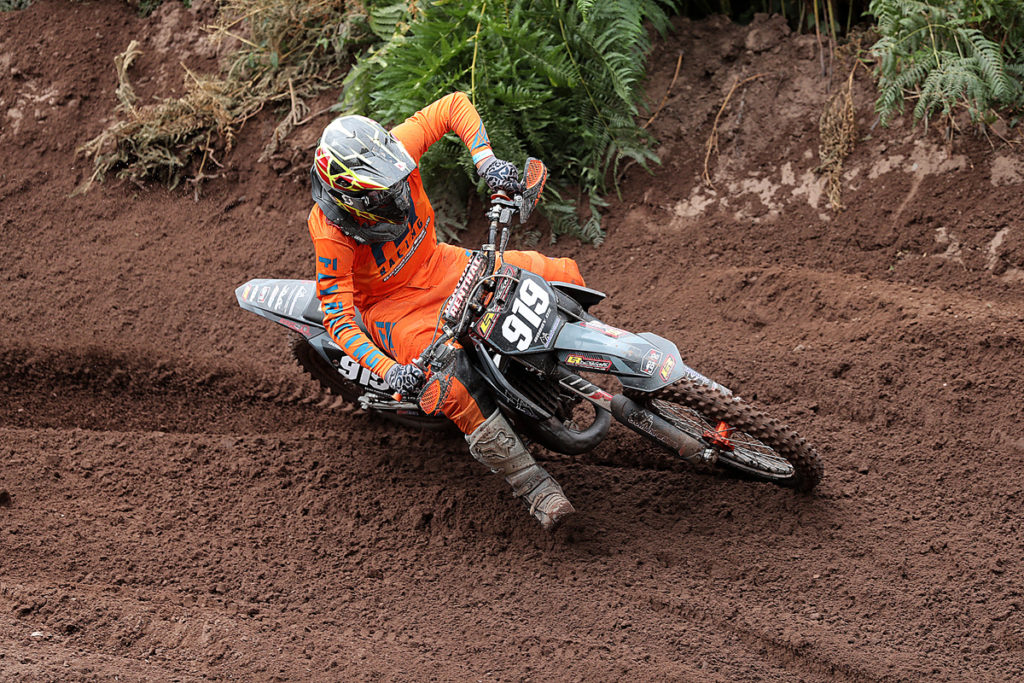 In another close, classic scrap, Rumbold then got the better of Joshua Senter in a great moto two contest with Lewis-Reilly 3rd. Then stretching his advantage at the top of the AMCA National series standings, Joshua Senter returned the compliment by getting the better of Rumbold in the last Seniors MX1 battle with the consistent Lewis-Reilly yet again in 3rd. 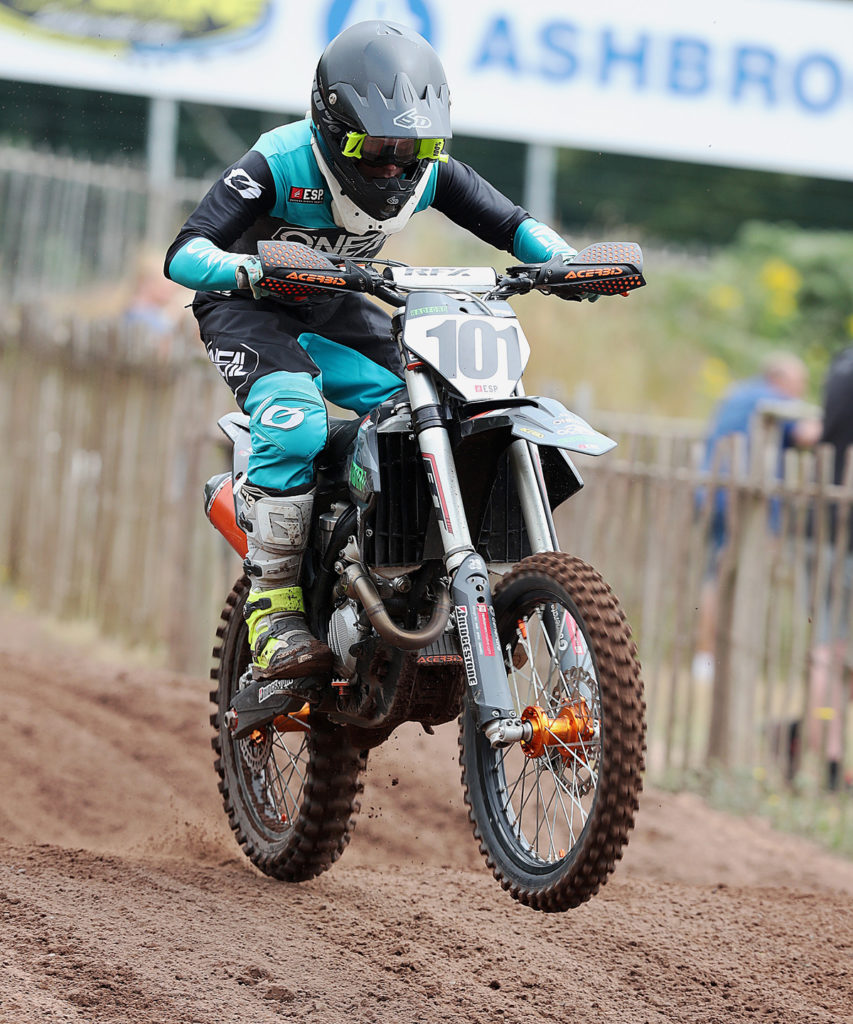 With a super moto one performance, Luke Bull on the big Green Kawasaki took the Experts MX1 win to thus also immediately narrow the gap on series leader Sam Jones. In this one, Richard Lloyd and Samuel Bradley also finished in front of Jones as Robert Fox, Jordan Hall and James Newby started the day with strong rides. 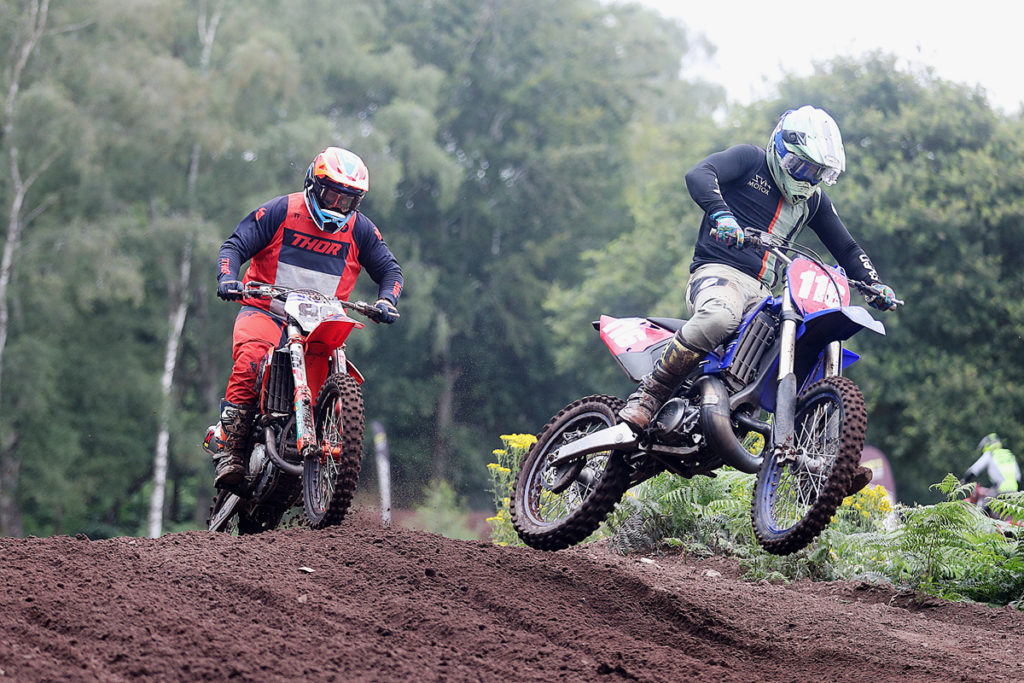 In the remaining two moto’s, Jones and Lloyd took a win apiece as Bull got home in 2nd spot on both occasions. So on the podium, it was Bull from Lloyd and Jones. Those lads also currently fill the top three slots in the series with Jones on top but just a very narrow 3 points better off than Bull with Lloyd only a further 7 points in arrears. This is shaping up to be a red-hot contest which could very well go right down to the wire and the last moto of the season! 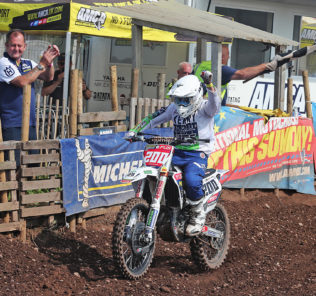 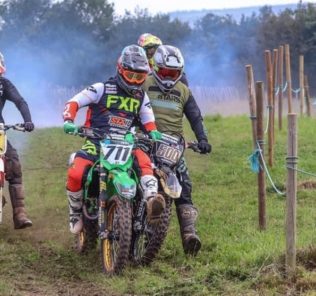 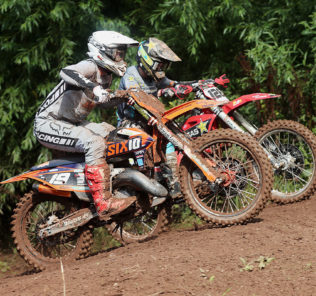 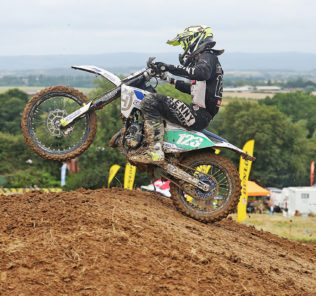 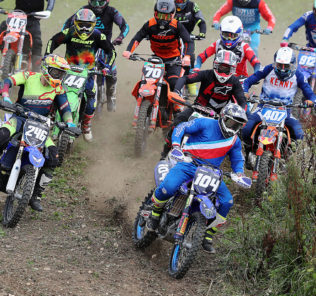 Wade Young Off To A Flyer At Red Bull Romaniacs – Time Trial Qualificat...
Next

EnduroGP of Germany Cancelled!
Be Social…