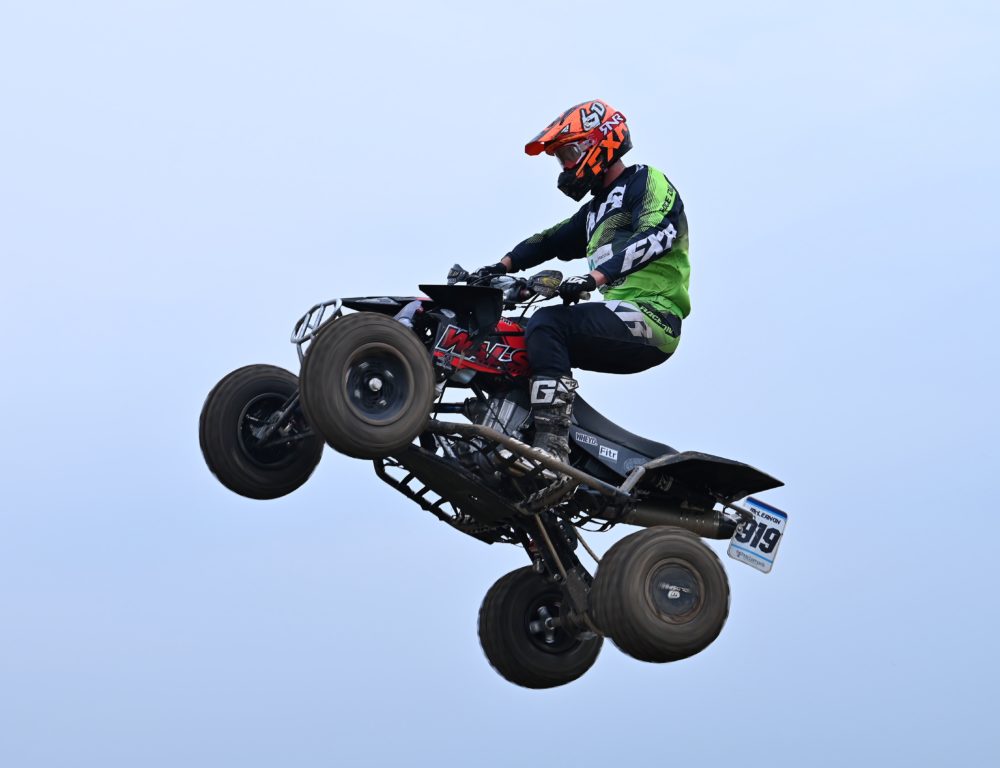 The Waterlooville Motorcycle Club hosted the third round of the ACU British Sidecarcross championships of 2021 at the Cusses Gorse track near Salisbury in Wiltshire. 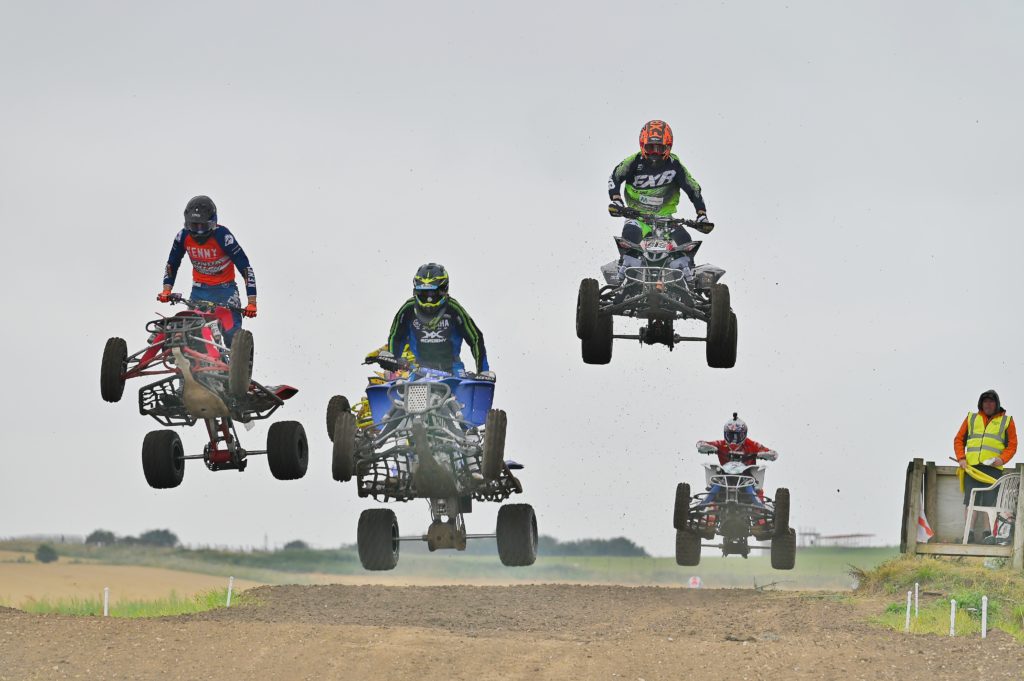 Race one got underway with a holeshot for Oli Sansom with Mark McLernon blasting ahead on lap one holding on to take his first win of the day. But that was not an easy win he was chased all the way with the top few riders really close throughout. Oli Sansom stayed on his back wheel working hard to find a way past, but Dafydd Davies was also just behind him, and in a determined fight he pushed through to take second, Oli Sansom fought back but had to settle for third. Harry Walker was very close in fourth. A great battle that the crowd loved, leaning over the fence cheering on their favourites. 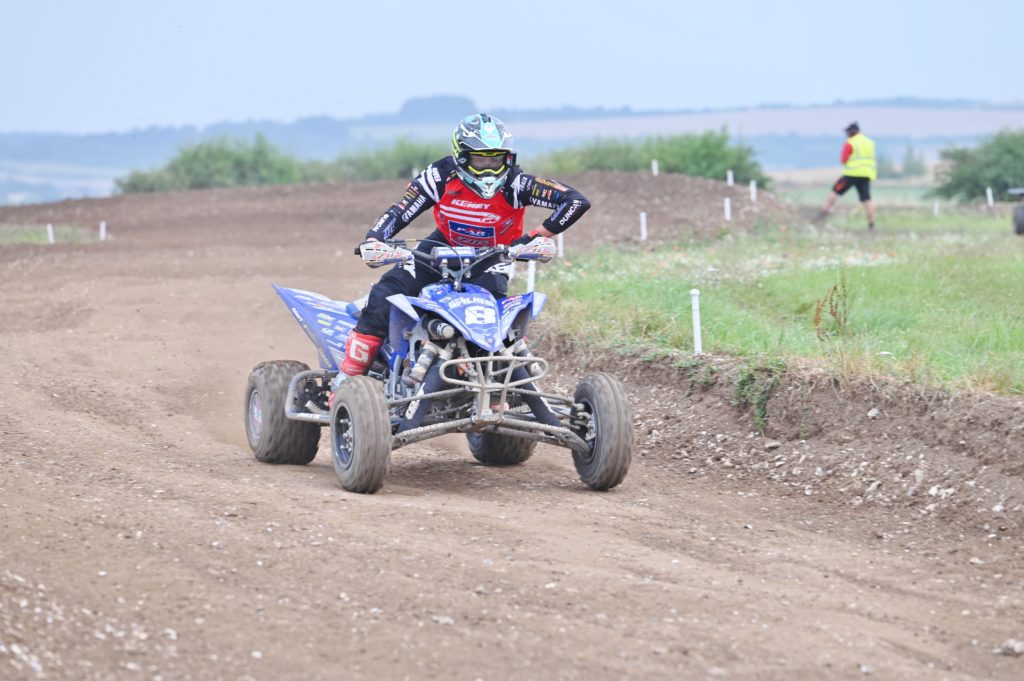 In race two Harry Walker took the holeshot leaving nothing to chance, leading into lap one with Mark McLernon in second and Oli Sansom third. Behind there was a close race between Dean Dillon and Dafydd Davies, both racing each other, but also trying to move forward to challenge the leaders. Dafydd Davies kept his rival in sight holding fourth. At the half way point, Oli Sansom saw his chance and fought through to take second, but Mark McLernon was having none of it and blasted back past all in one lap, this time the crowd were really loud, shouting on their teams and enjoying the battles. But nobody could be prepared for what happened next, there was a bike was on fire on the track, officials and mechanics came running from all directions with extinguishers, but it was only when a foam blast was used it stopped the flames. A dramatic end to the race. 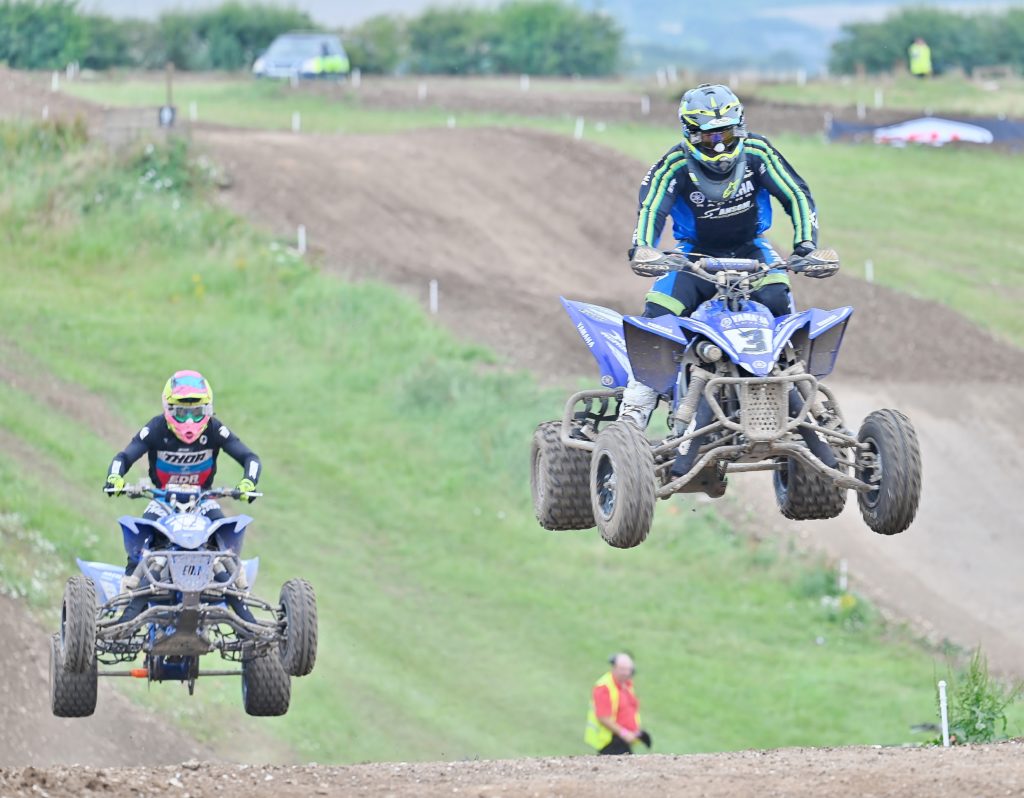 In the final quad race of the day Mark McLernon lead into lap one, staying ahead and going on to take a great second win. Oli Sansom held second with Harry Walker third and chasing until he picked up a problem with the bike and was left track side. This left Dafydd Davies in third and chasing Oli Sansom for second place. They were side by side lap after lap but at the flag Oli Sansom held the advantage and took a well deserved second. Dafydd Davies took third from Dean Dillon in fourth. 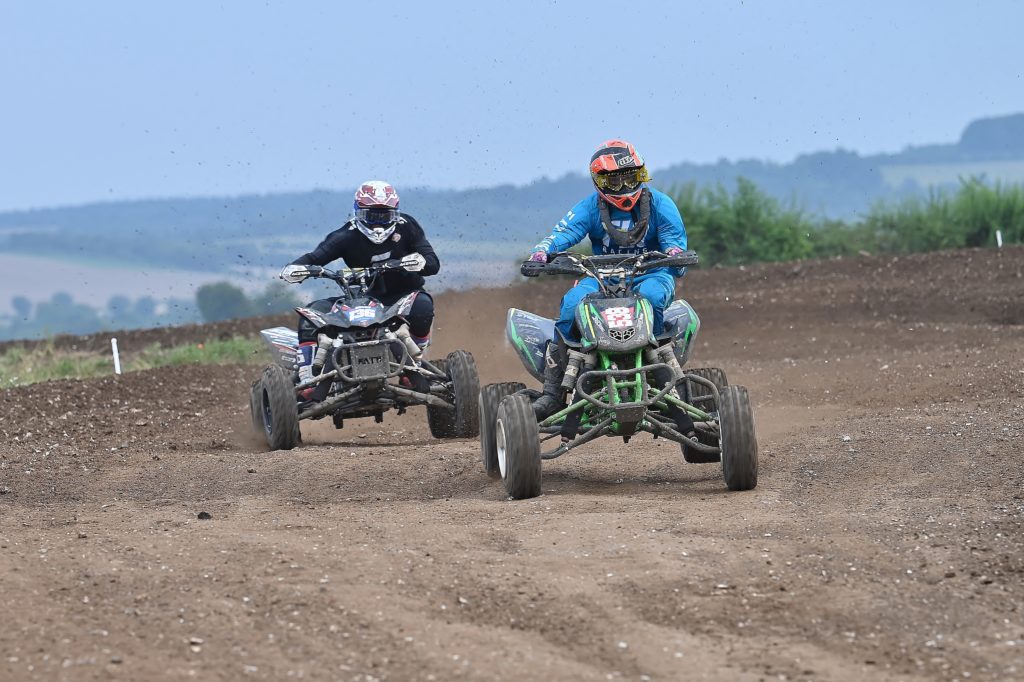 This puts Mark McLernon at the top of the championship with Dafydd Davies just twelve points behind, with Oli Sansom still hold third with Harry Walker fourth. 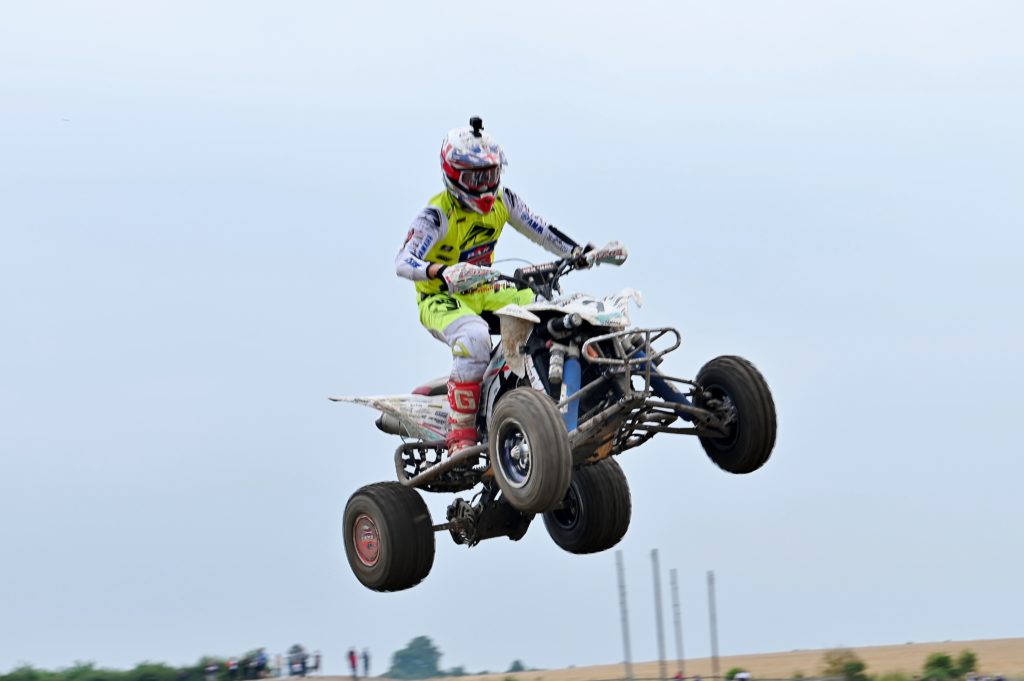 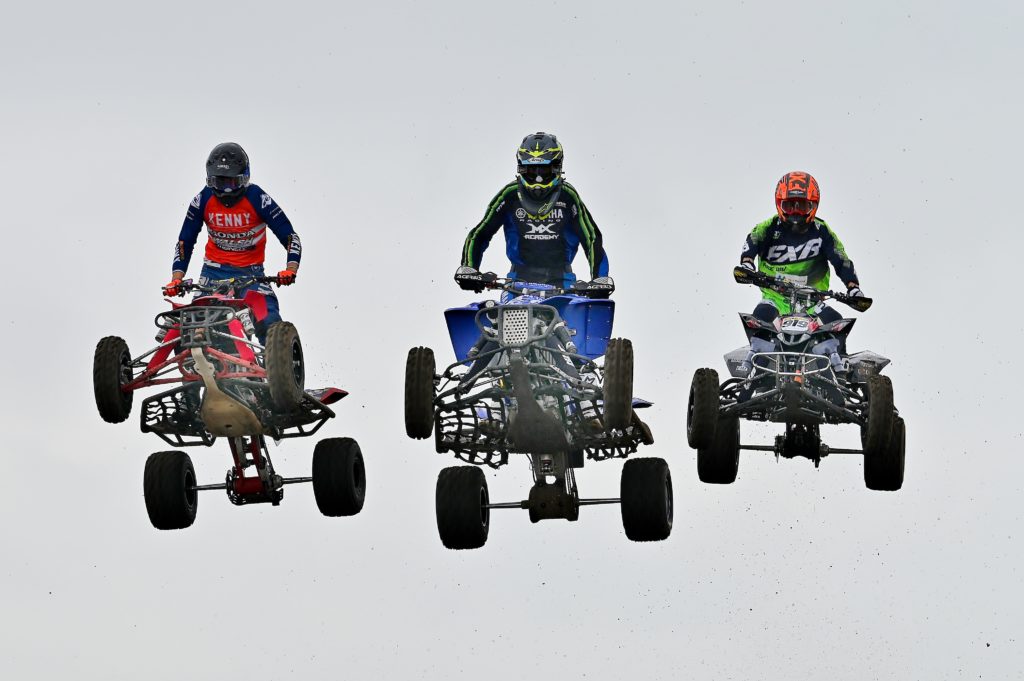 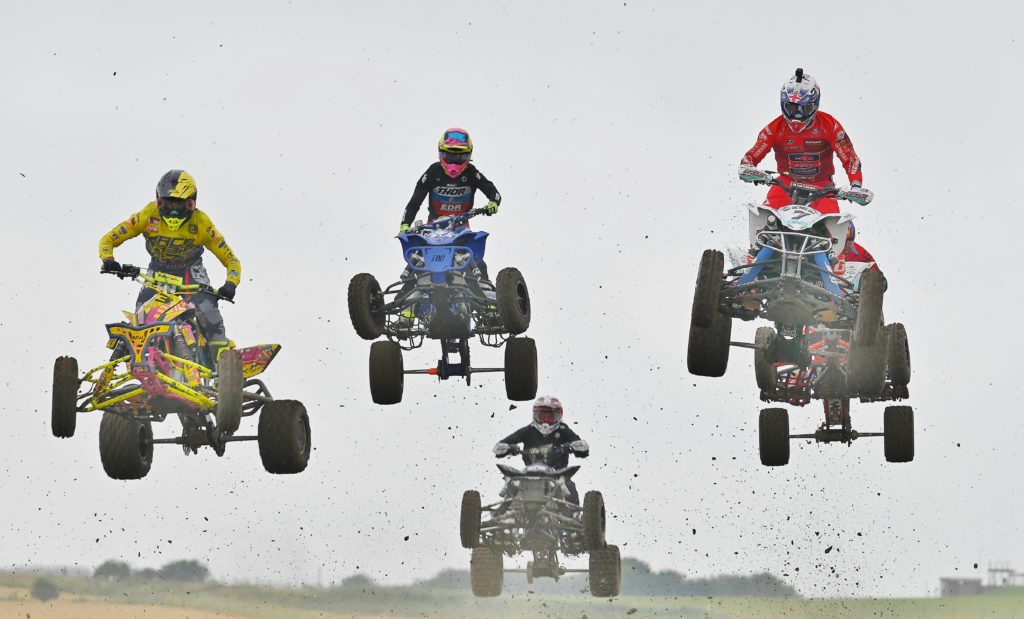 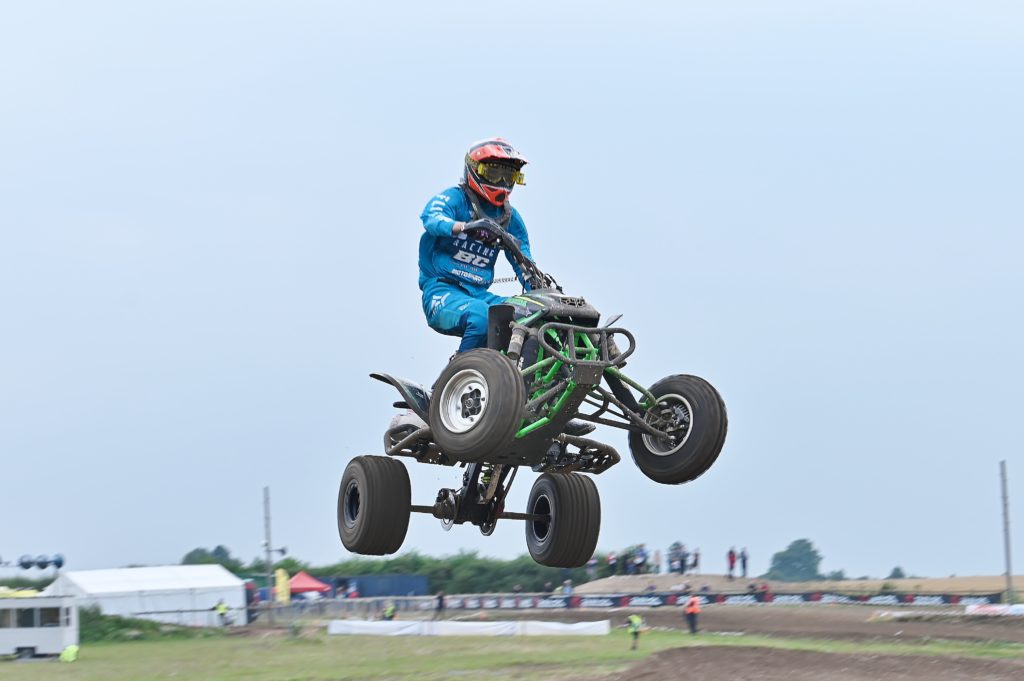 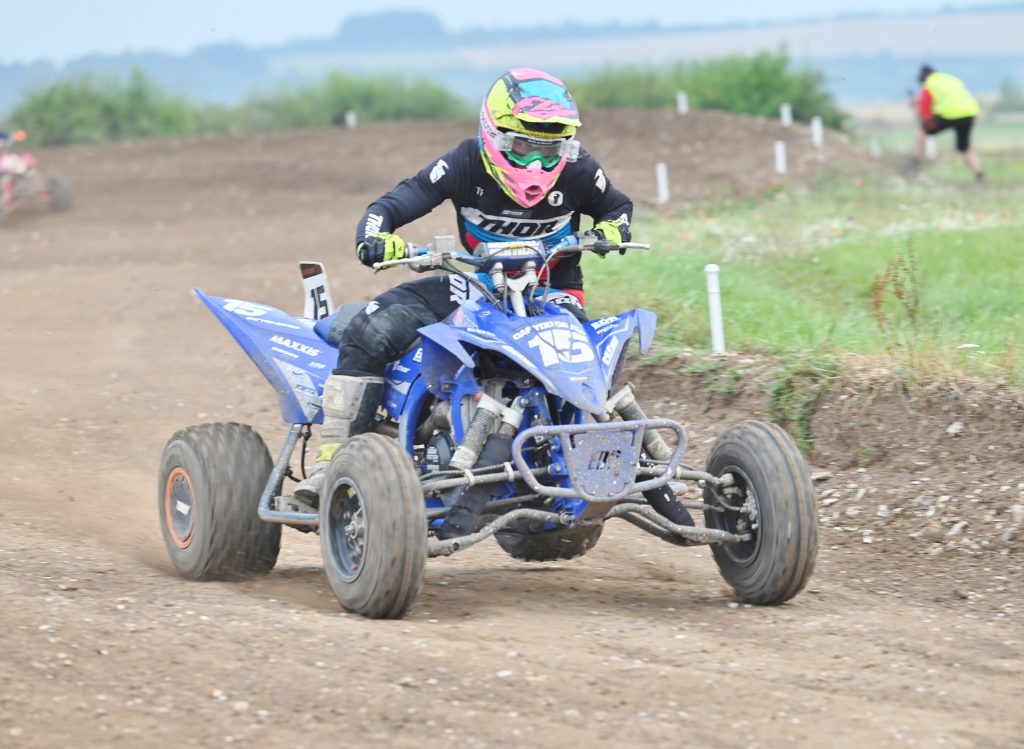 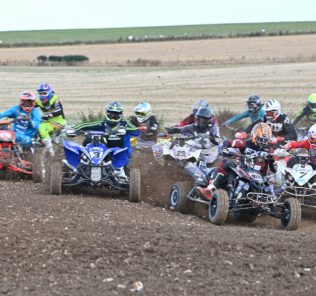 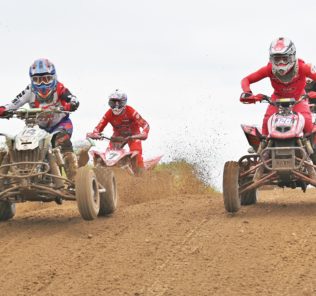 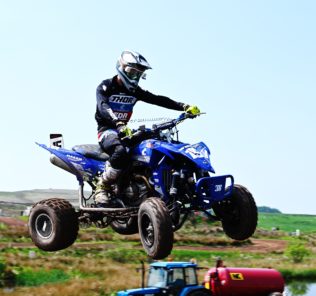 Three’s up for Brown & Chamberlain at Cusses! ACU British Sidecar...
Be Social…