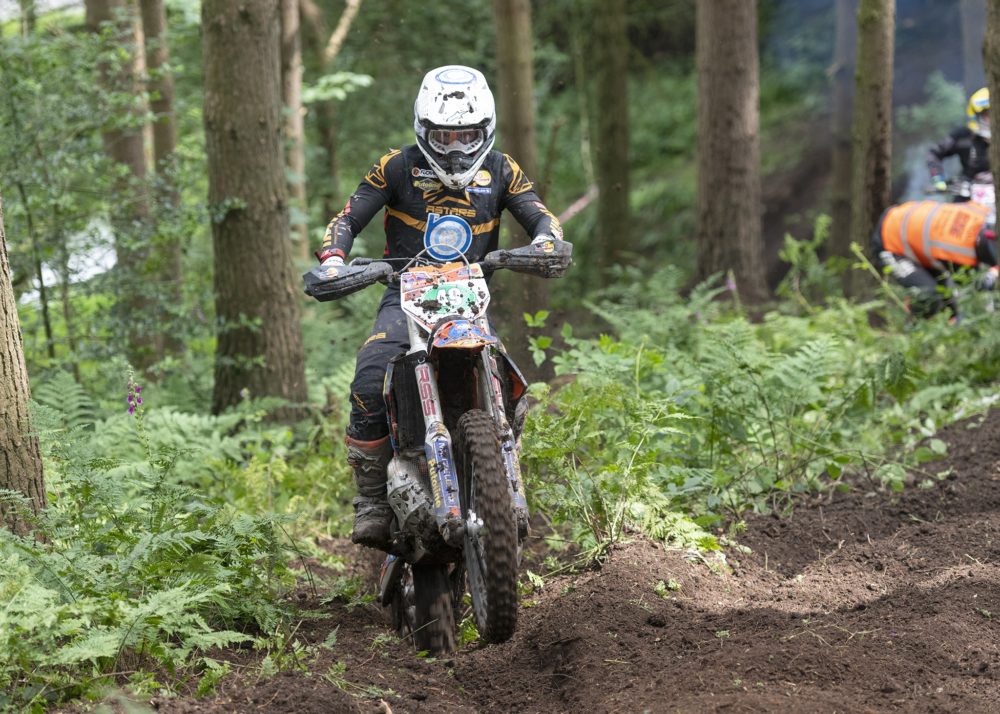 Sunday 12th July saw the return to the Edge Offroad Motul National Cross Country Championship at Masham. After 4 months out due to Covid-19 it was great to get back to some normality. With a 150 acre woodland at our disposal, of which we had planned for months in advance, it was going to be a cracker! The team were lucky not to have received much rain over the week, but the rain from a few weeks prior certainly helped keep the dust down!

With the course being a long lap, there was only the need for one Adult race, The Youth riders on a shortened lap so it was suitable for all classes, the Kids got underway at 8.36am! Josh Knight clearly hasn’t been disrupted by the break, coming back keen as mustard, taking a strong win on his KTM 125, from Edge rider Jak Heaney on his Eurotek KTM85BW. New to Enduro, Max Agar, had a brilliant ride securing third place in the Youth A class.

In the Youth B class Toby Shaw showed, yet again, how well he has taken to Enduro by taking the win by four minutes from Lucas Travers who is riding fantastic this season, with Connor Gulbrandsen securing third place on the day! 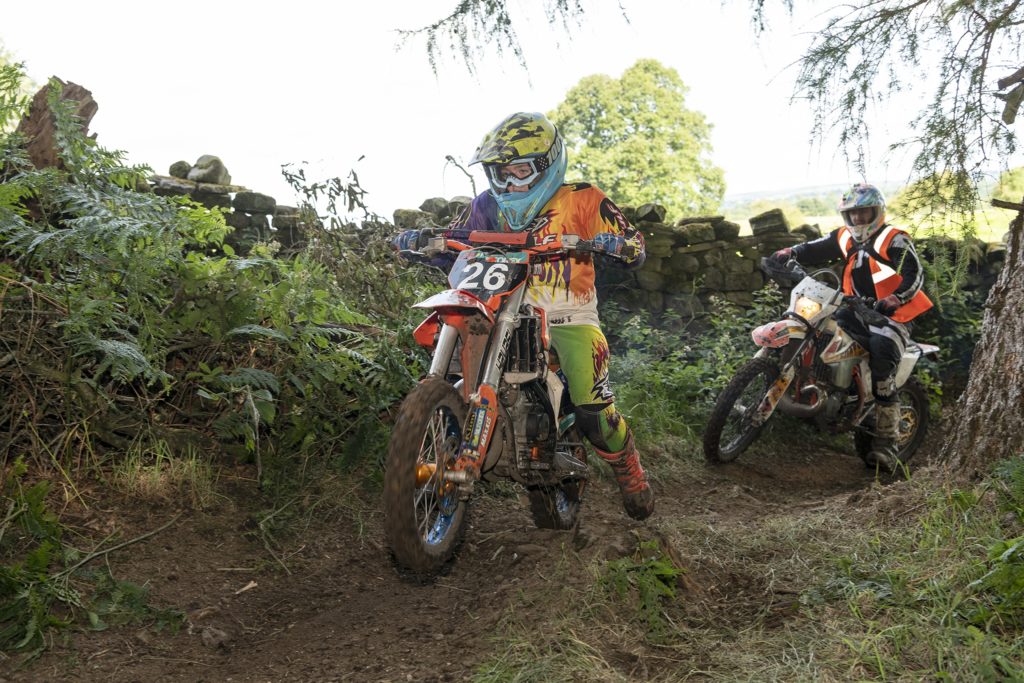 The Juniors set off last, and it was definitely going to be a battle to see which one of the gritty youngest was going to dig the deepest to make sure they got the win! Young Tommy Carter shone through and took the win by over five minutes from his nearest rival Dexter Hind taking second spot and Juddy Kearford this time having to settle for third. Well done to all the kids! 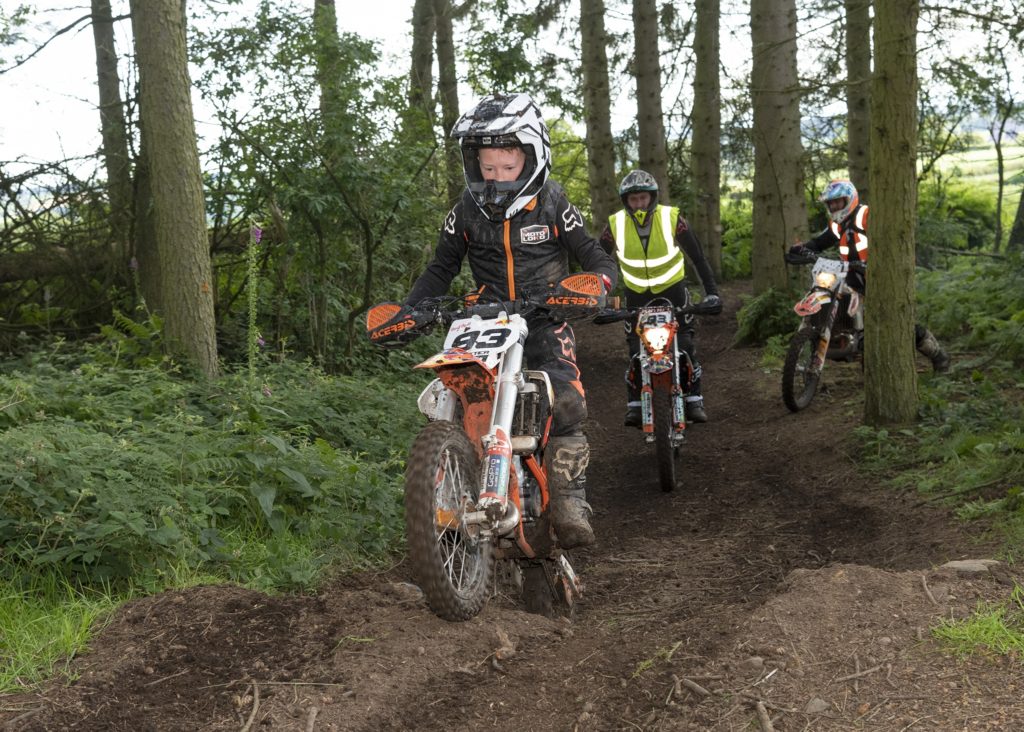 Once the kids had finished, it was time for the Edge crew to make the necessary track changes in preparation for the start of the fantastic Adult entry. With very few races happening around the country, we were never sure if the entries would come, but clearly people wanted to get back out there after being in lockdown for so long! With a fantastic entry and the long lap, it sure was going to be a great event! 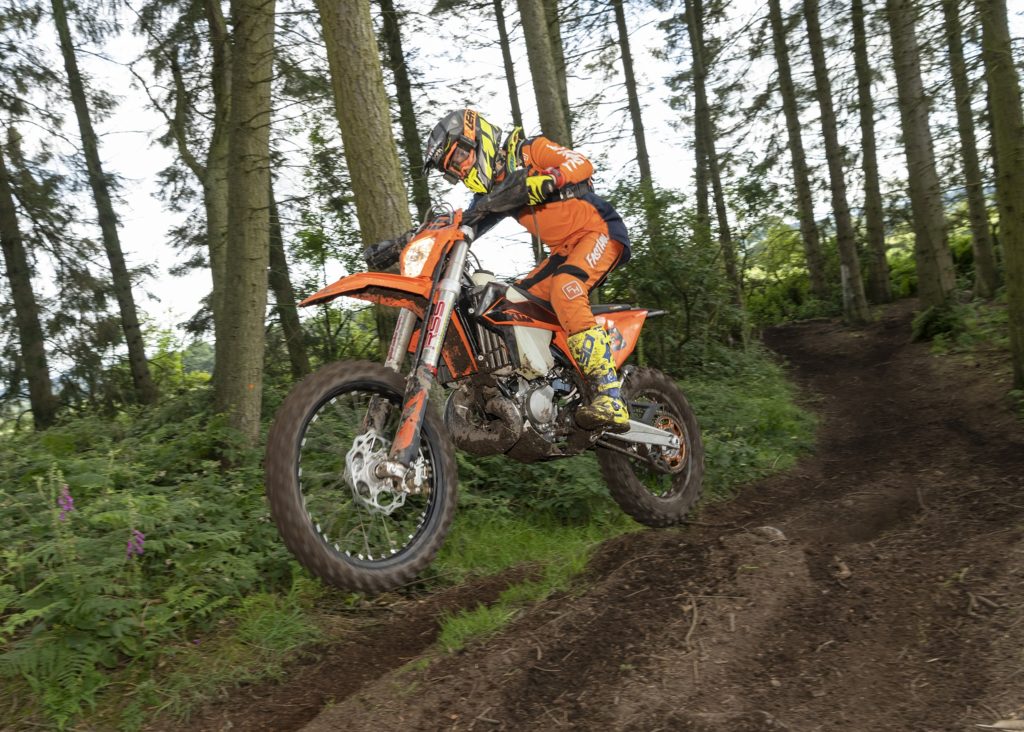 With the flag dropping at 11.12am, we sure were in for a good race ahead with the fantastic line up in every class! Joe Deakin came through lap scoring first on a very impressive 13 minute lap. Obviously there had been no traffic, but Joe held his cool, and his a different strategy in place, put the hammer down and pushed to the end to take a strong win from all his rivals, 5 minutes up on second place Jack Spencer. Jack had a great first race back, had a good battle with the top lads but secured second by nearly a minute – Ryan Crowder taking third place. This being Ryans first race in the Premier class, he was happy to say the least with his strong result. 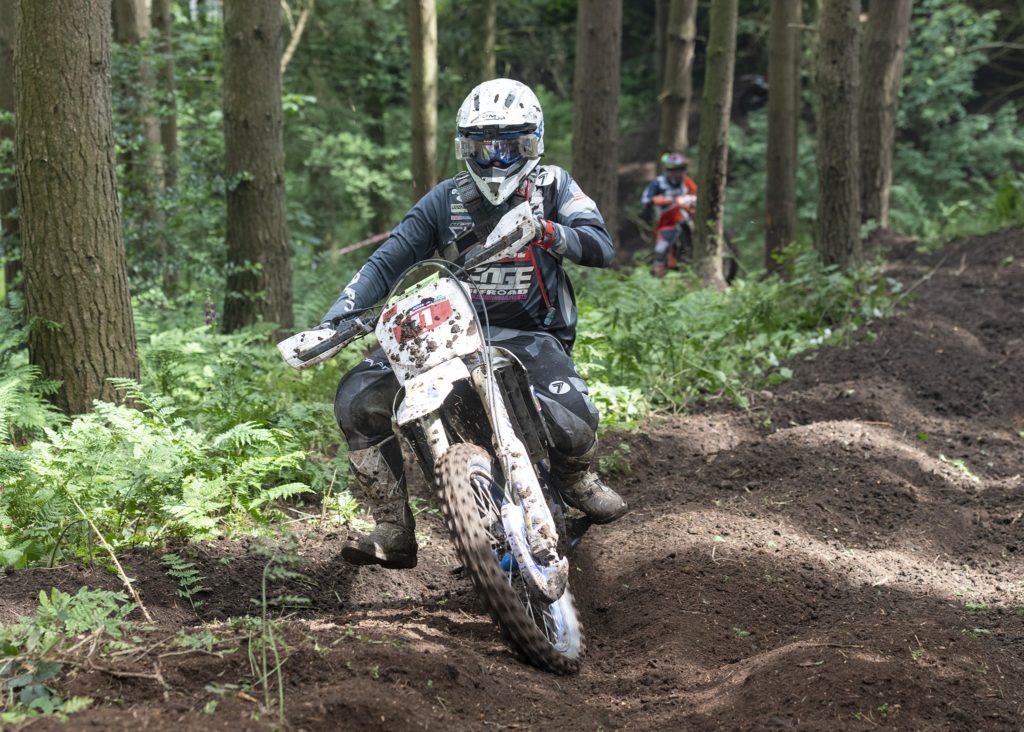 In the Expert class Burts Crayston showed his true talent and how to ride in woodland by taking the win on his Baydale D3 KTM250! With less than a minute separating him and second place Burts left with a grin on his face! Josef Westgarth was on the man to take second on his Eurotek KTM, a lap up on third place Jamie Williams, who pushed all race to secure that last podium position. 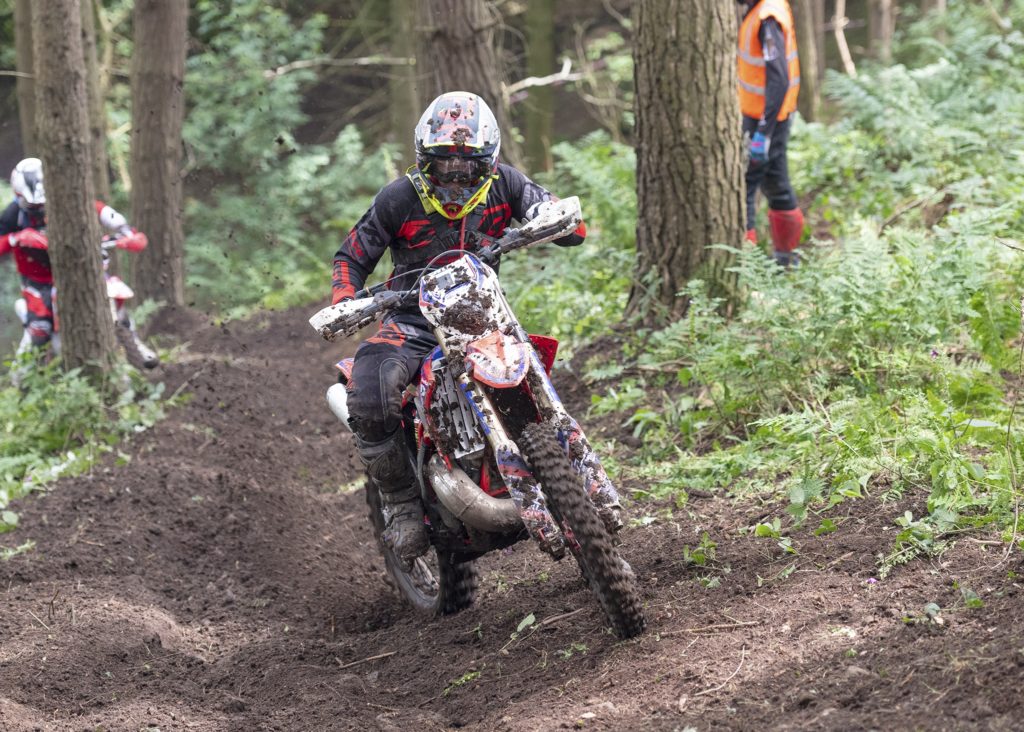 In the Masters class Ryan Patrick secured the winners spot by nearly two minutes from Alex Owen, and Rick Tropman was happy to get a podium finish in the tough conditions, rounding it out in third!

In the Clubman class, Mike Taylor had a really strong ride to secure the top spot a lap up on second place Jack Adams and this weekend Scott Hipwell having to settle for third… 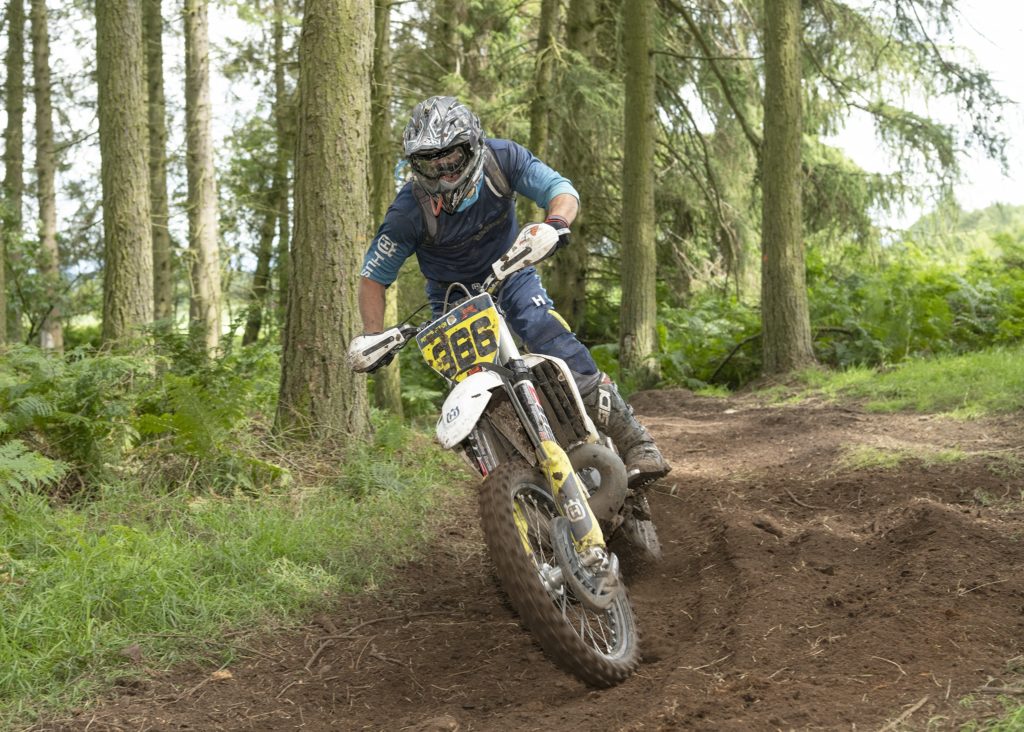 In the Sportsman class Edge rider and young gun Cameron Baker Haste had his best ride to date. Cam had a faultless ride throughout and showed how dedicated he is to his riding, taking the win from Ash Brightmore in second and Paddy Rosney surprising himself taking the final step on the podium. 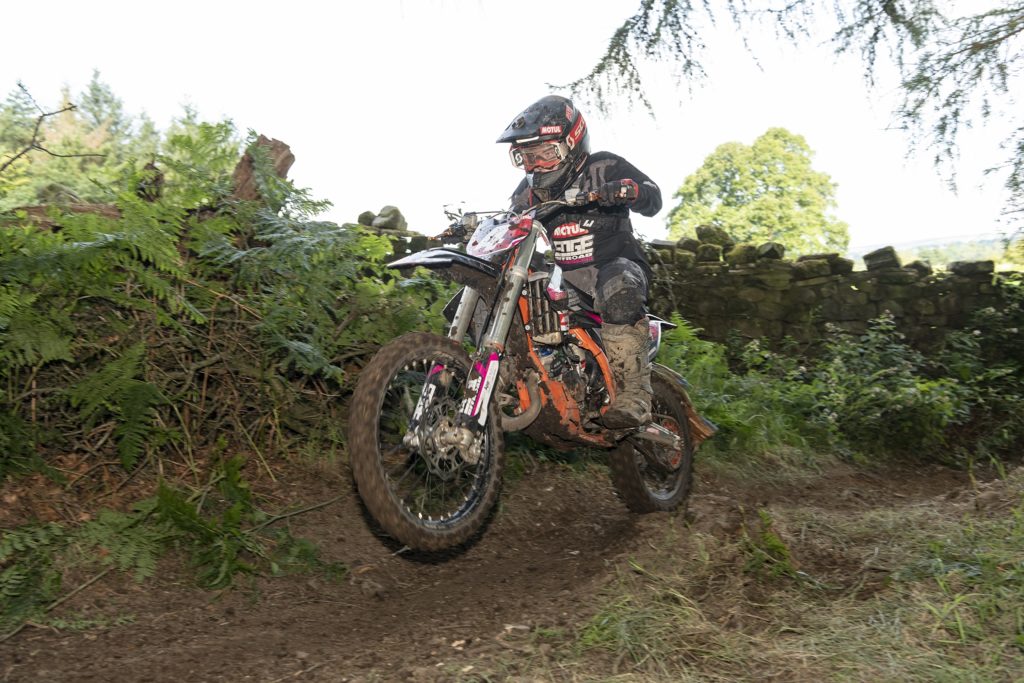 In the Sportsman Vets class Rob Miller was back on form taking the top podium spot from Damion Lord, in front of Mick Robson in third place. Arron Crowder was ecstatic to take the win home, a lap up on runner up place Neil Crayston, and the Over 50s being rounded out by Andy Daniels. Chloe Richardson had an outstanding ride in the Ladies class taking the win Edge rider Kate Smith securing second place and Edge rider Jade Gordon rounding out the podium. 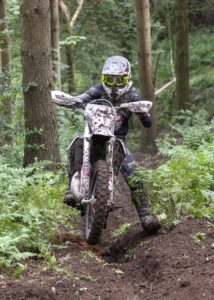 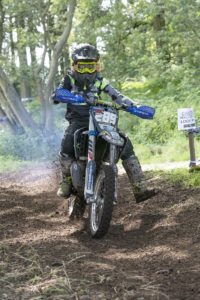 In the Novice class, James Lovell was absolutely over the moon to take the first place home with him, Simon Cardis was happy to take the second spot and Joe Howsam was overjoyed to find out he’d finished in third place! A massive well done to everyone that took part, whether you finished or not! It was a huge success and we hope you all enjoyed being able to ride again! Massive thanks to all riders and all staff for your continued support – it really is great to be back! 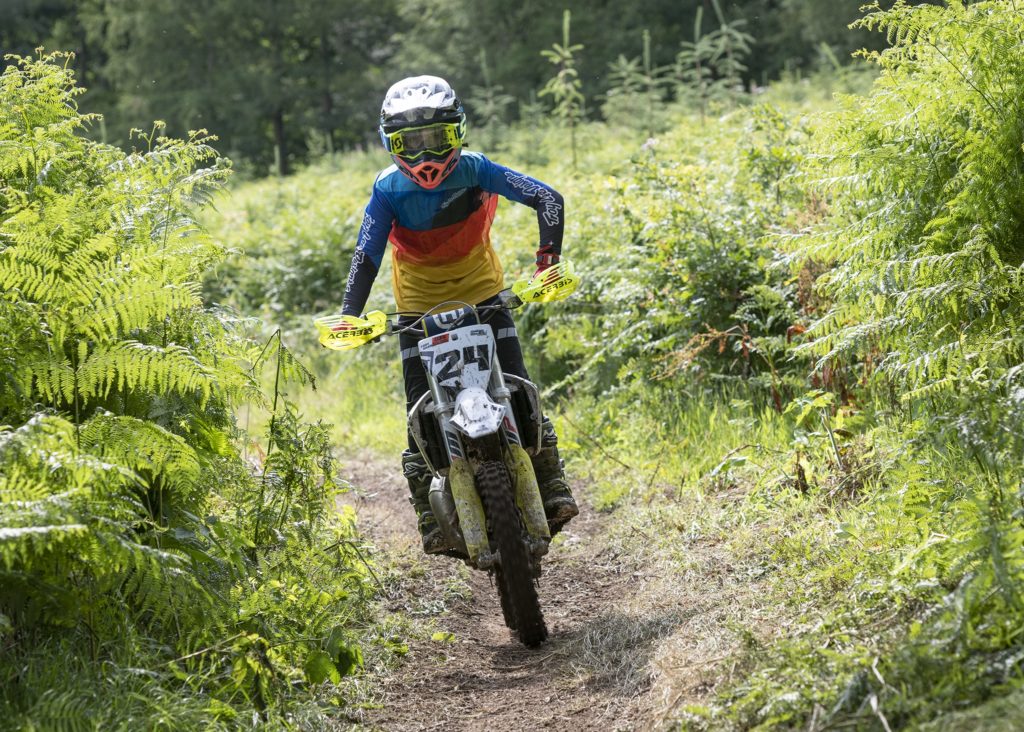 Next event weekend is Saturday 25th July with the National Sprint Championship Rd 1 and on Sunday 26th July we have Rd 5 of the Motul National Cross Country Championship, being held at the Kilburn Cross Country venue, YO61 4AL. The venue is before you get to the Edgeberg venue, it will be signed in with Orange Arrows! A lot more open going but still has some technical elements to it. A fantastic track!
Download the FREE Edge Offroad App to get entered or book via the website www.edgeoffroad.events and secure your place! Miss it, and you really will miss out! 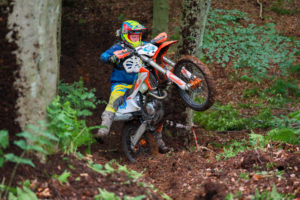 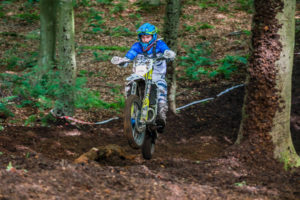 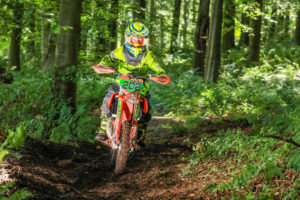 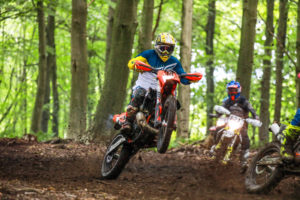 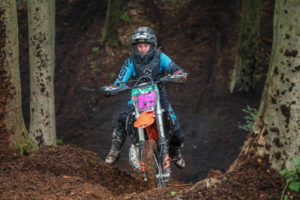 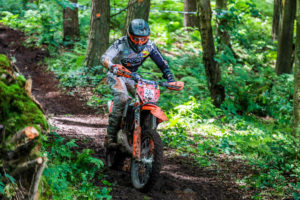 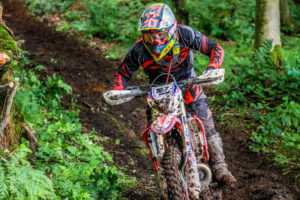 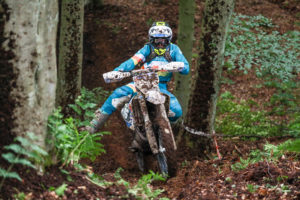 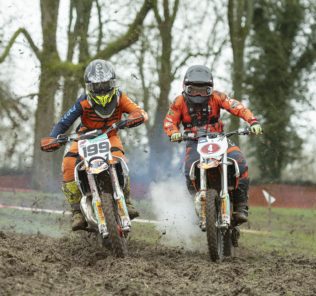 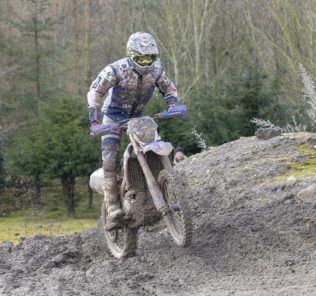 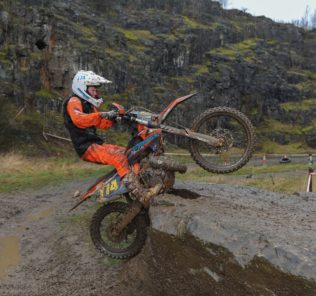 Dirty Torque #4 with Steve Dixon
Next