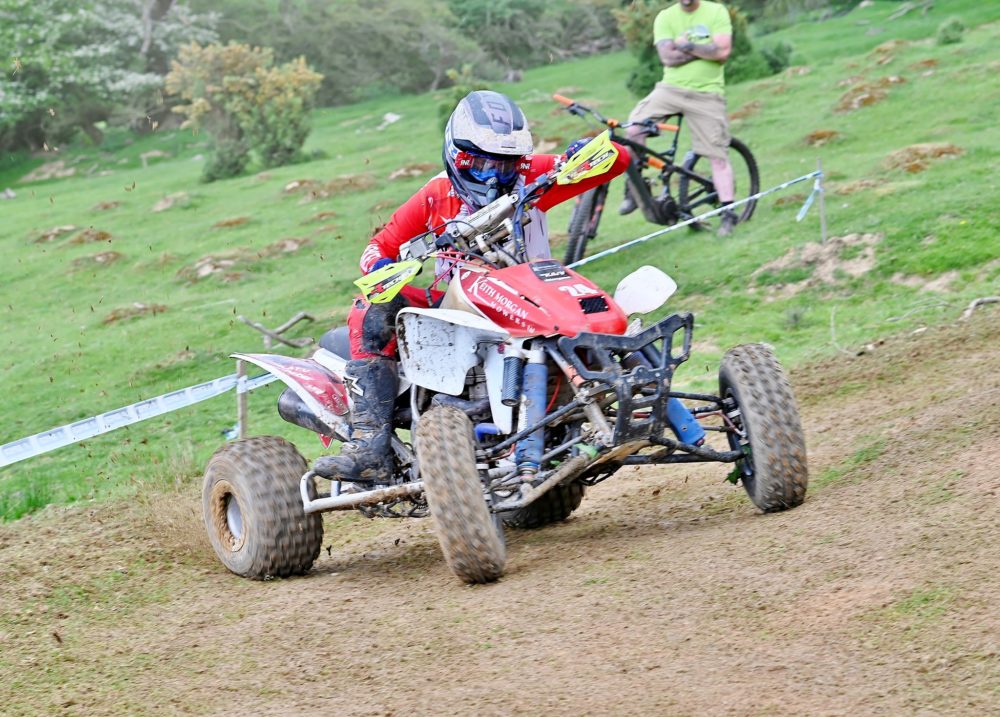 Round 2 of the Nora Motorsport ATVs Only British XC Championship took place at Seals Hill Farm in Chacombe which was a new venue for DQR. With a bumper turnout of over 90 riders across the age ranges it was et to be a good day’s racing. The track was set up to be around 4 miles long and had everything from fast-flowing fields to Steep gradients and woods, and this time the weather was on side with a dry day forecast.

The Youth Race was first to go on Sunday morning, over 1.5 hrs in perfect conditions, in the 250cc Hybrid class Charlie Wheatley took his 1st win after moving up from the 250 Air Cooled class, Ollie Pinder was 2nd and Chloe Maybury a well-deserved 3rd place after also moving up this season. 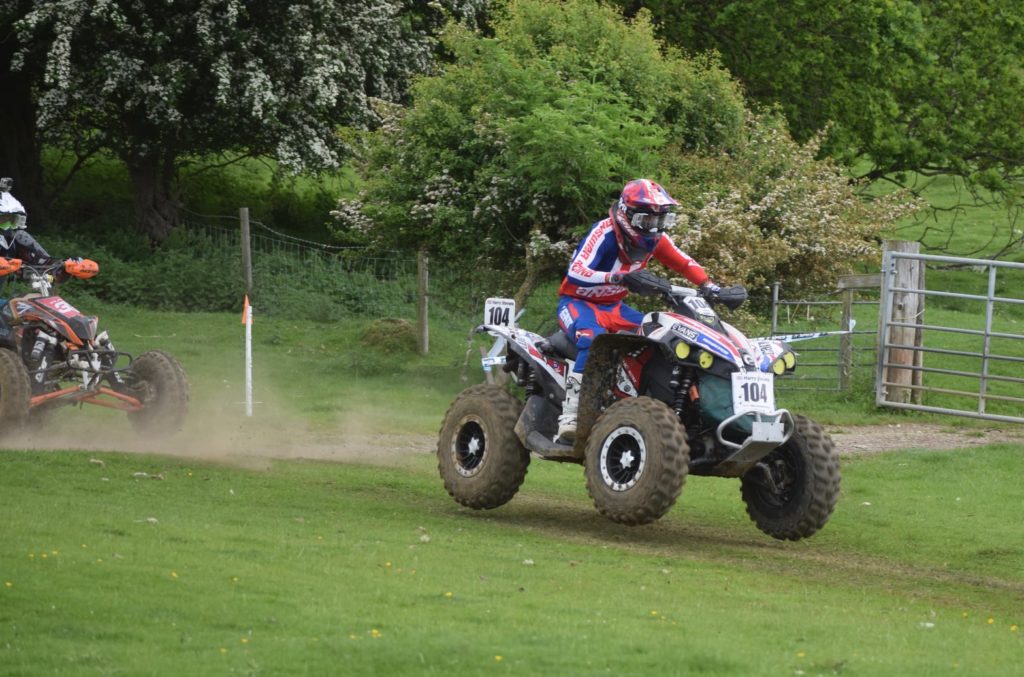 In the 250cc Air Cooled it was a close opening few laps with Morgan Junge, Cai Evans and Louie Holt all battling for the lead, it was eventually Cai who broke away with Louie Holt 2nd before he was out of the race with a mechanical issue, leaving Morgan 2nd but James Maybury had good late-race pace to make up the time and eventually finished 2nd with Morgan in 3rd.

In the 125cc class Owen Stephens took the win having had a DNF in Round 1 with Ronnie Burnett in 2nd.

The MINI Quad Race for riders aged 5-9 took place over a shortened course for 30 Minutes and the team had laid on an awesome long lap for them with 16 riders across the 3 classes it was great to see! A Win in the 100cc Class for Luca Balsano with Joseph Hayes 2nd and Riley Schofield 3rd. 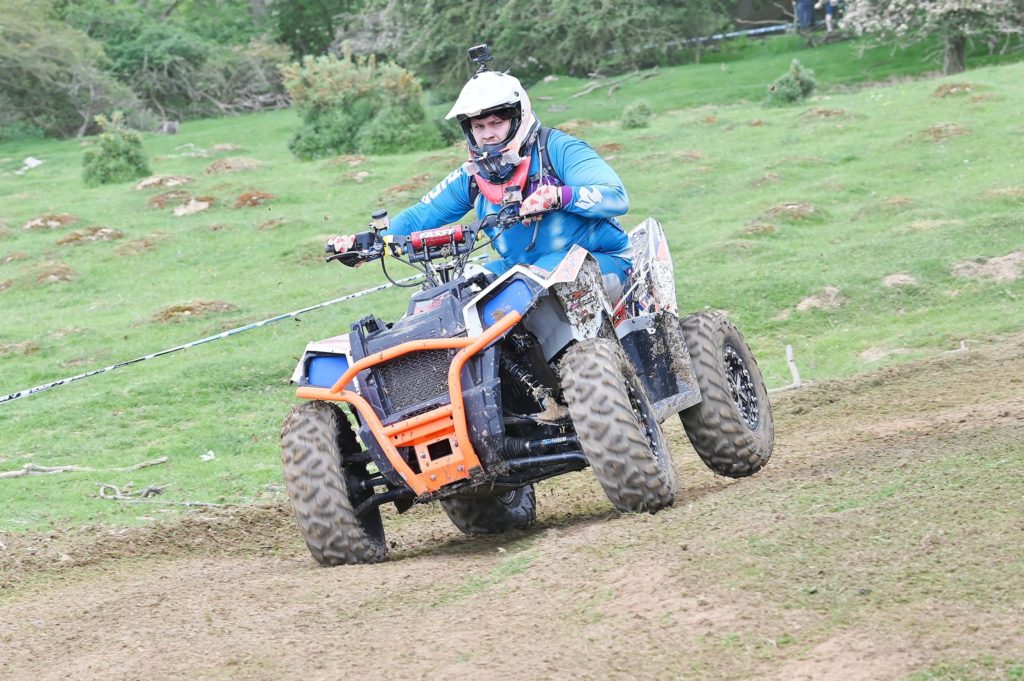 In the 90cc class it was Rory Wigmore who took 1st place with 11 laps completed from Luke Waddington who had a nasty crash on the last ap and did well to finish, and Izzy Lloyd in 3rd.

The 50cc class was won by Georgia Enticknap with Harry Barker in 2nd and Jaxon-Blu Butcher 3rd. 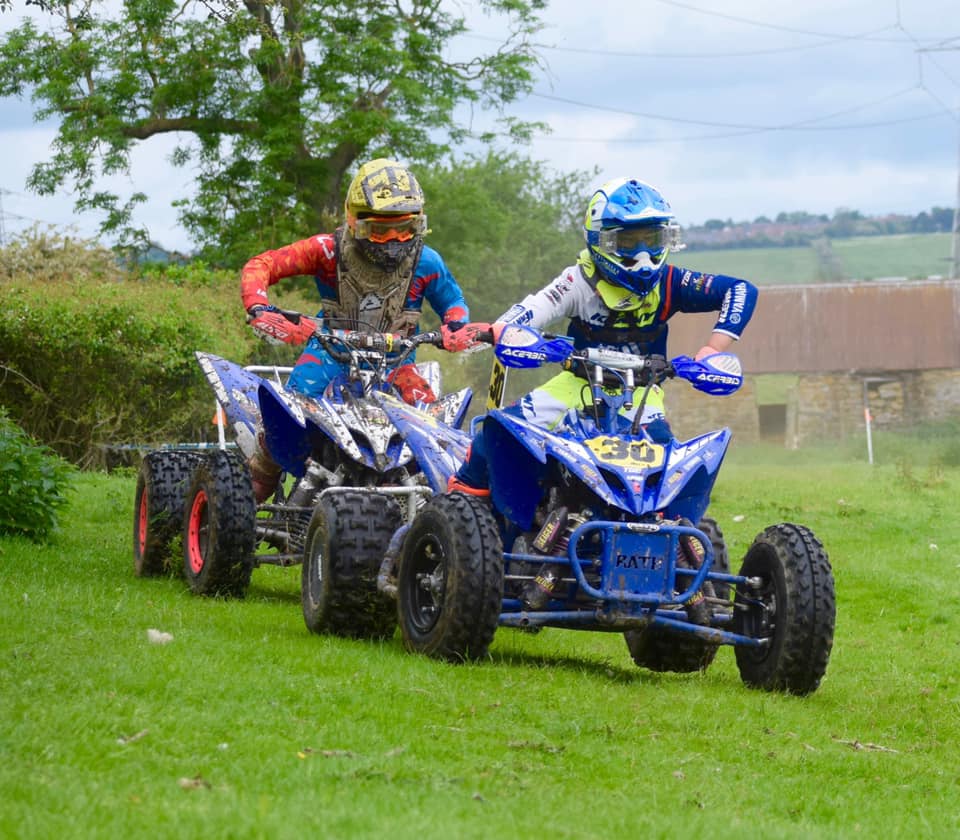 The Adult Race was set off in the afternoon under sunny skies and the Expert Plus Class led away with Jamie Morgan once again out front and taking an early lead over the rest of the pack, Jamie settled in and took the Expert Plus win and the overall on the day the only rider to complete 21 laps, Jonny Kelly was once again 2nd with fellow country Paul McConway rounding out the podium. 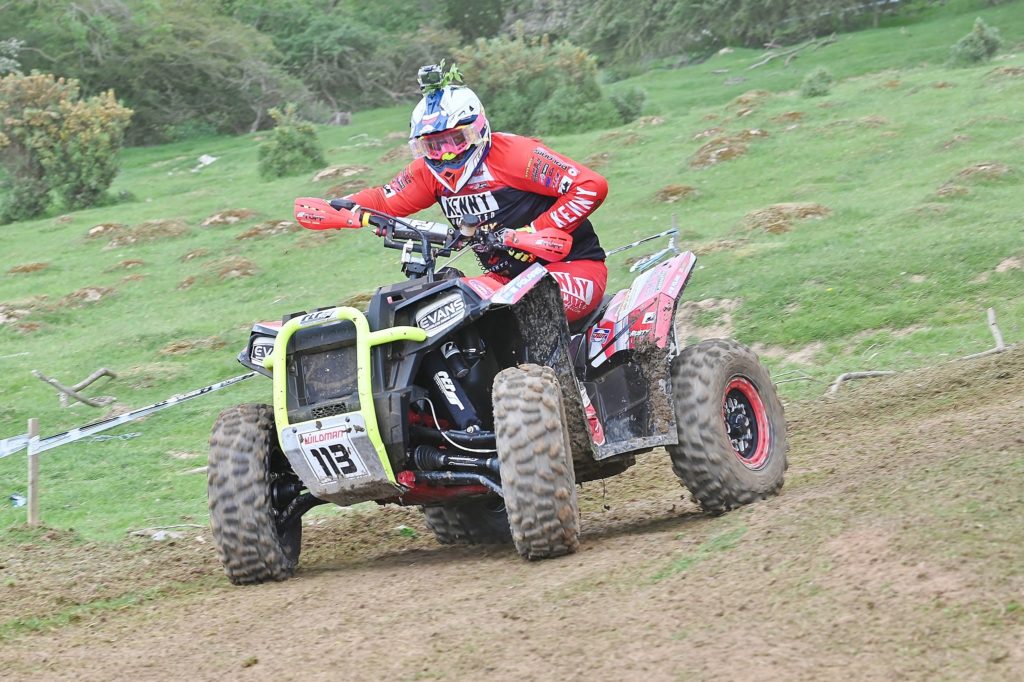 Zack Hull on his return to Enduro took the win in the Expert Class, once again Tom Stevens had to settle for 2nd place with David Hull in 3rd making it a family affair! The clubman class was the biggest entry of the day and had to go off 2 rows, it was an unfortunate day for Round 1 winner Bradley Johnson who had a big off at the end of lap 1 and suffered fractured ribs putting an end to his race, Olly Martin was the man to beat and took his 1st victory with 17 laps completed from Harvey Moore in 2nd and Jack Evans 3rd.

In the sportsman Class it was a win for a returning rider in Myles Mott from Bert Jackson in 2nd and Borja Castro in 3rd. 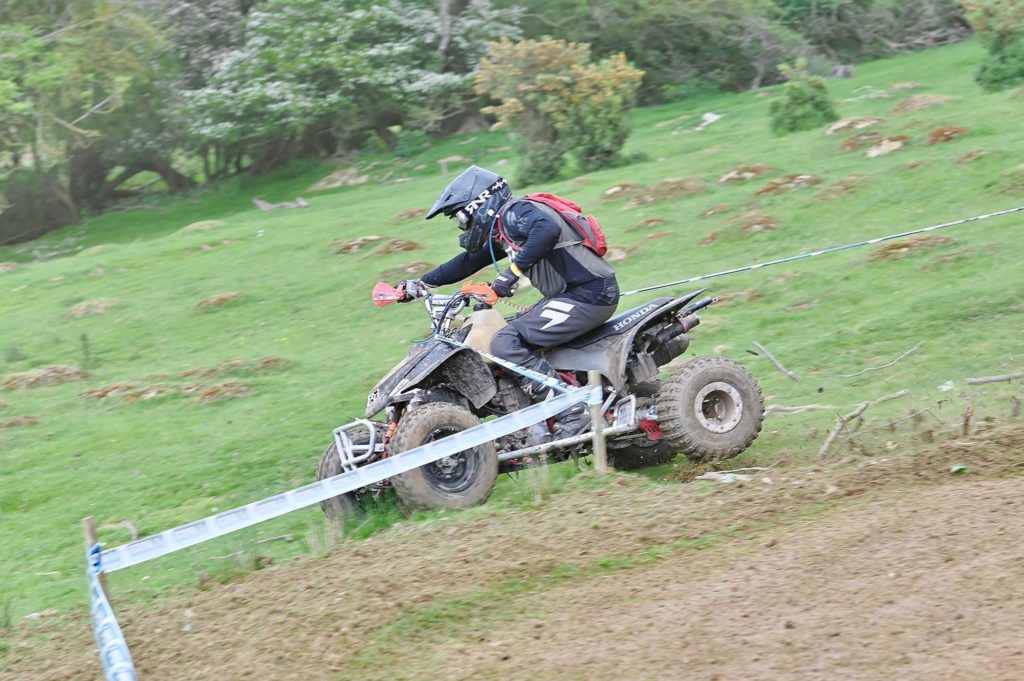 Shaun Wealleans and Neil Martin battled it out in the 4×4 lights class with Shaun eventually coming out on top with Neil 2nd.

In the 4×4 Clubman class Harry Stevens continued his fine from and once again took the win from Joe Bacon in 2nd and Paul Burnett 3rd.

The 4×4 expert class was as competitive as always, Simon David took the win and 3rd overall this time out at the Flag, with a returning Stuart Marley in 2nd Graham Guy was 3rd. 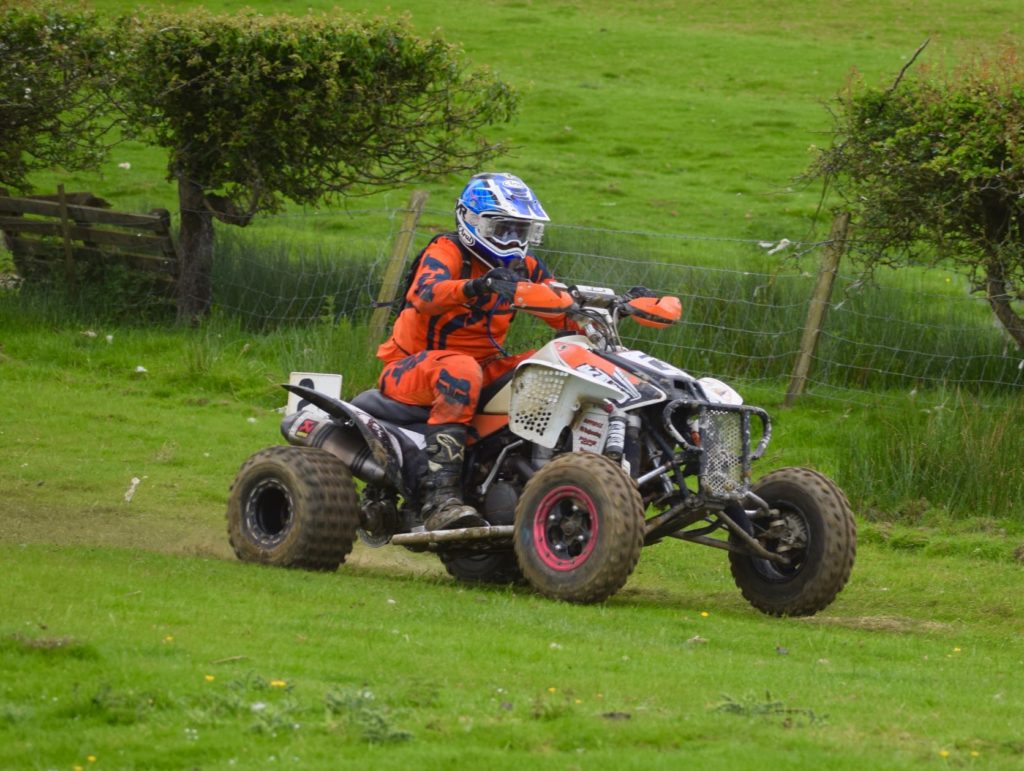 Well done to all the winners today and each rider who took part!

A big Thanks to our Title Sponsor ATV’s Only and associate GML ATV for the support this season and to all our class sponsors, Rapid Recovery, Lockett Plant Hire, AJ Wilcock, PBR Electrical, Quadzilla, Premier Products, White Construction and Pool Bridge Campsite Exmoor. 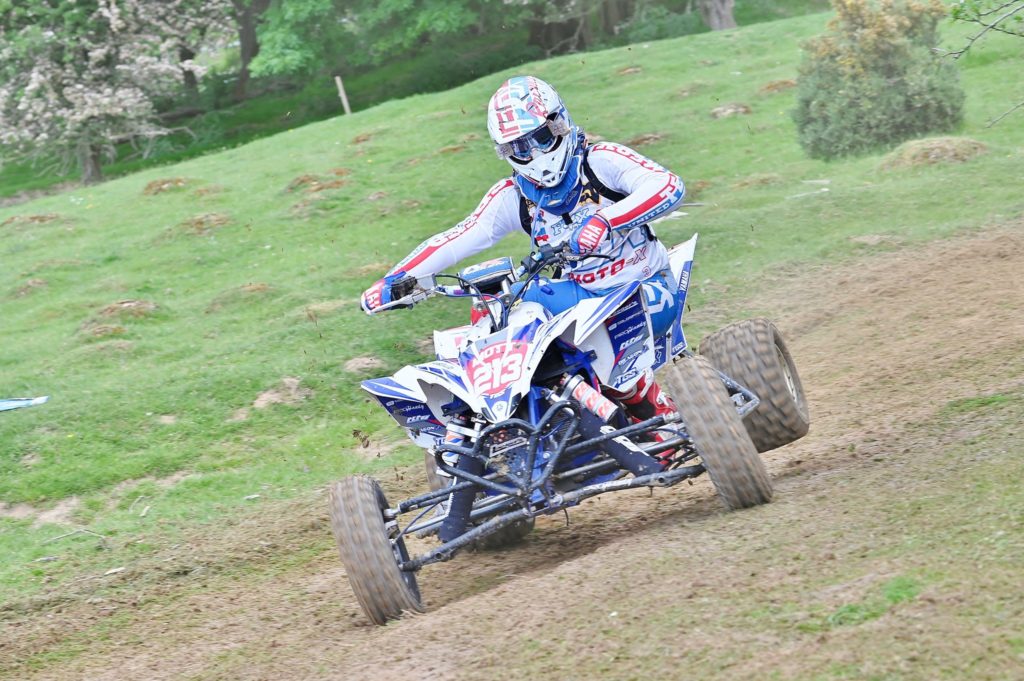 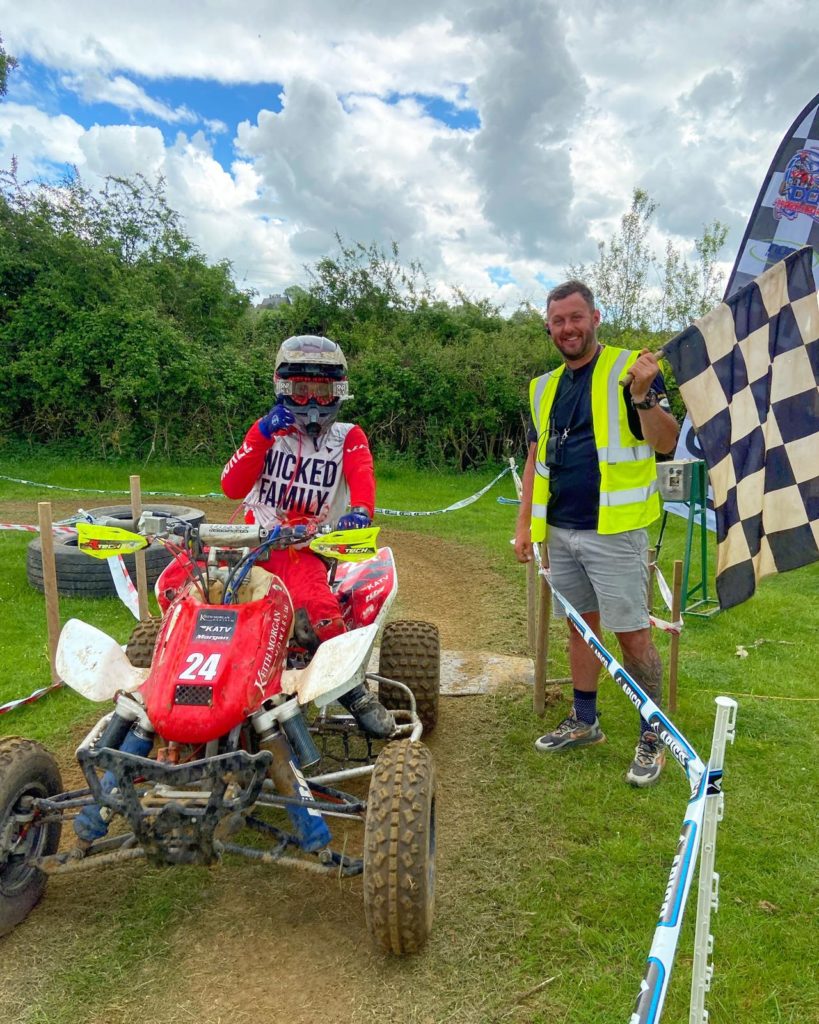 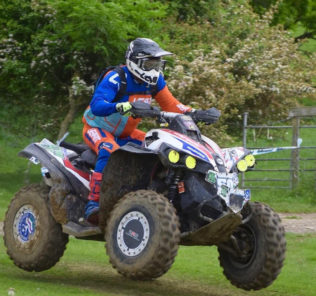 These are the Champions! 2021 British Quad XC Championship
Read More 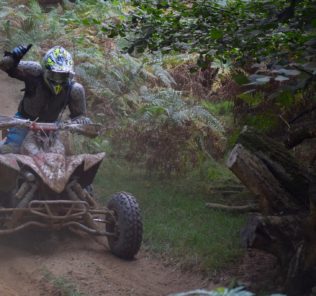 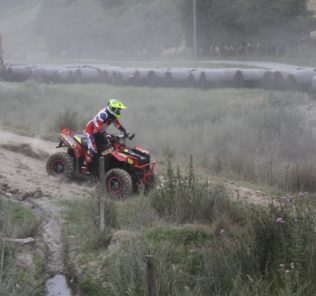 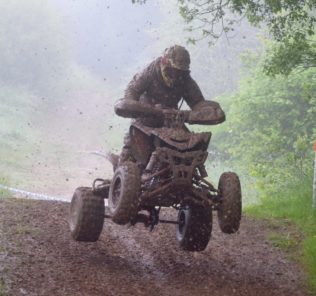 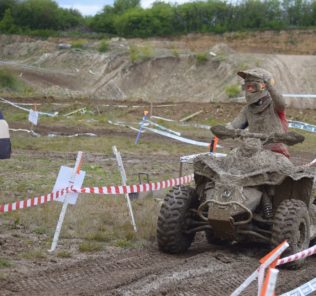