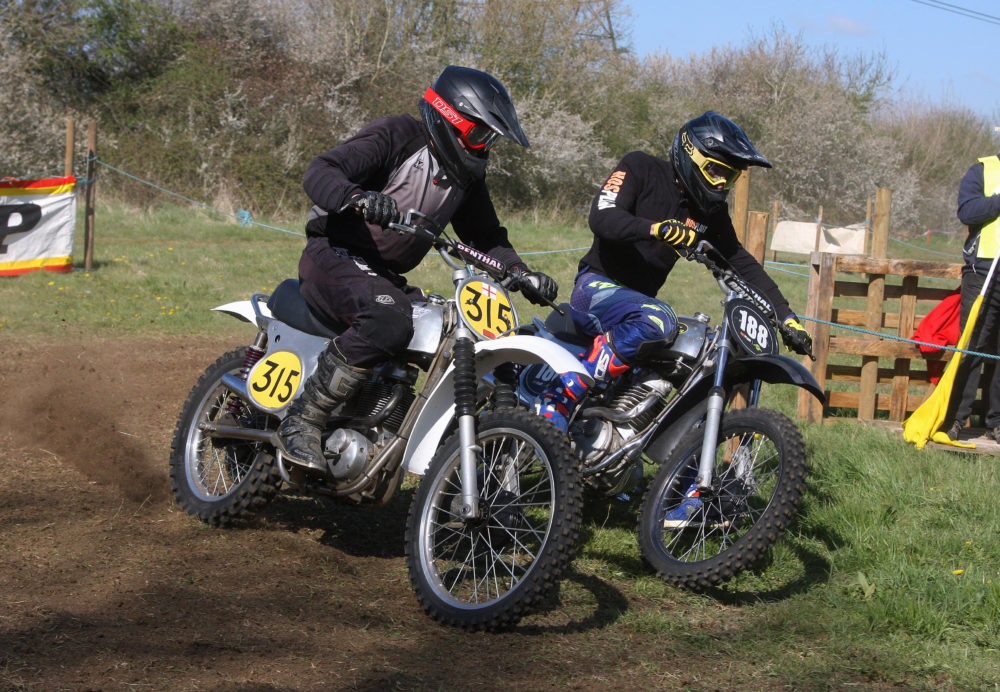 Back on Sunday April 25th the Bath Classic Motorcycle Club hosted a Classic Scramble which included the opening round of the 2021 AMCA/CDB British Classic Motocross Championship at Yatton Keynell Nr Chippenham in Wiltshire.

There was a bumper entry of Classic bikes with many riders who had been out of the sport for a few years returning to competing and showed that they can still compete at a high standard. Unfortunately, there was only one Championship race for the Pre 74 and one for the combined Pre 60, Pre 65, and Pre 68 due to the huge entry and time schedule.

In the Pre 74 Championship race it was a flyer out of the gate for the 380 CZ of Kristian Marshall followed by Kris Winder on the 250 Honda and 500 Cheney BSA of Greg Speed. Marshall and Winder were in a real tussle at the front and moving up into third after passing Speed was now Allen Waring on his 380 CZ. Marshall was to put in the fastest lap of the race on the third lap which gave him a bit of a cushion and from there he went on to take the chequered flag from Winder with Waring taking third. 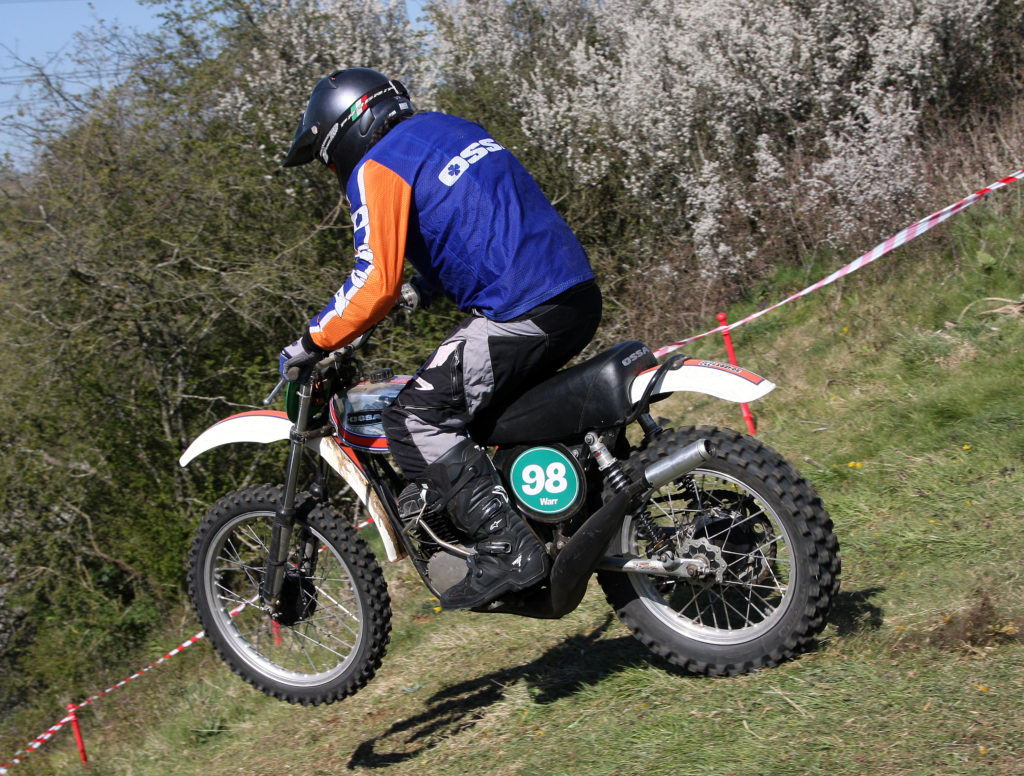 The Pre 74 Under 250 class there was a win for Kris Winder in the opening race with the other two races being won by the 250 OSSA of Gary Warr which was to give him the overall from Martin Stephens who took second overall with a hattrick of second place finishes with Keith Roden taking third overall after three consistent rides. 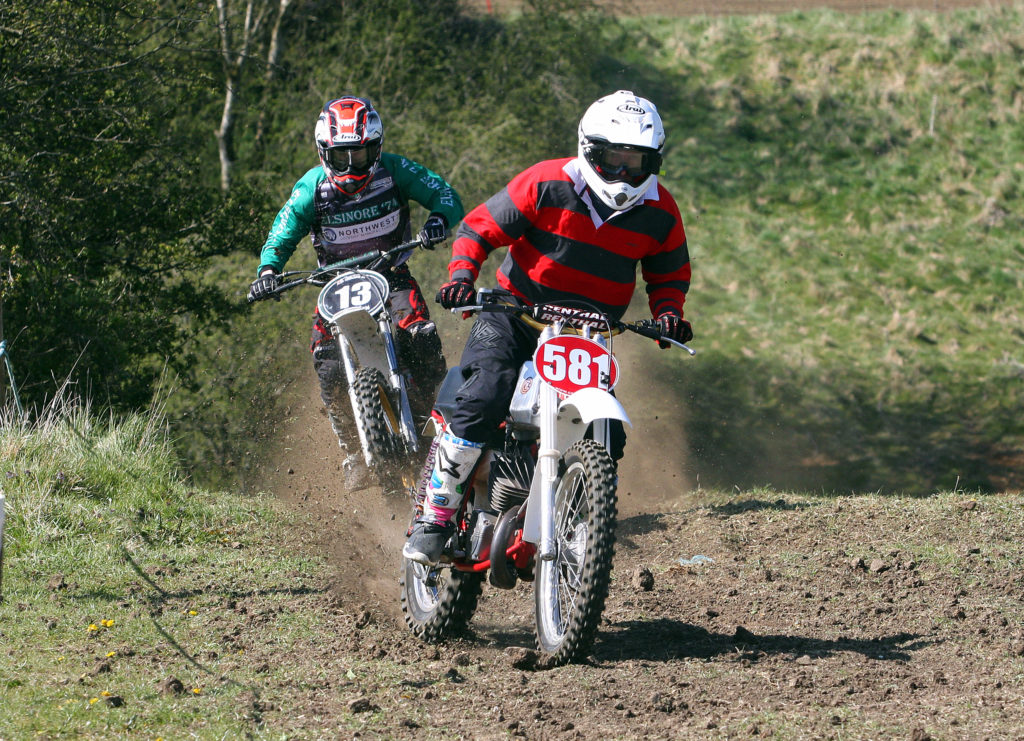 The Pre 74 Over 250 class saw Allen Waring take wins in the first two races and had the holeshot in the last race, but as he entered the fast swooping first corner he went down after his bike had seized which caused a few fellow fallers trying to avoid him. Kristian Marshall who had pushed Waring in the second moto had managed to avoid the mayhem, but was near the back of the field, but was soon on a mission and was to force his Gerard Coppins Prepared 380 CZ up through the field and was to hit the front after passing Aaron Graves in the closing stages to give him the win and with it took the overall.

In the Pre 60 Unlimited class there was a real tussle in the opening race between Lewis Bell on the 750 Trisba and Dave Bell on his 650 Trisba with Lewis taking the win but in race two the tables were turned with Dave winning from Lewis, so it was going to go down to the last race, but unfortunately, there was no Lewis on the line and once Dave had hit the front, he raced away to take the win and the overall. 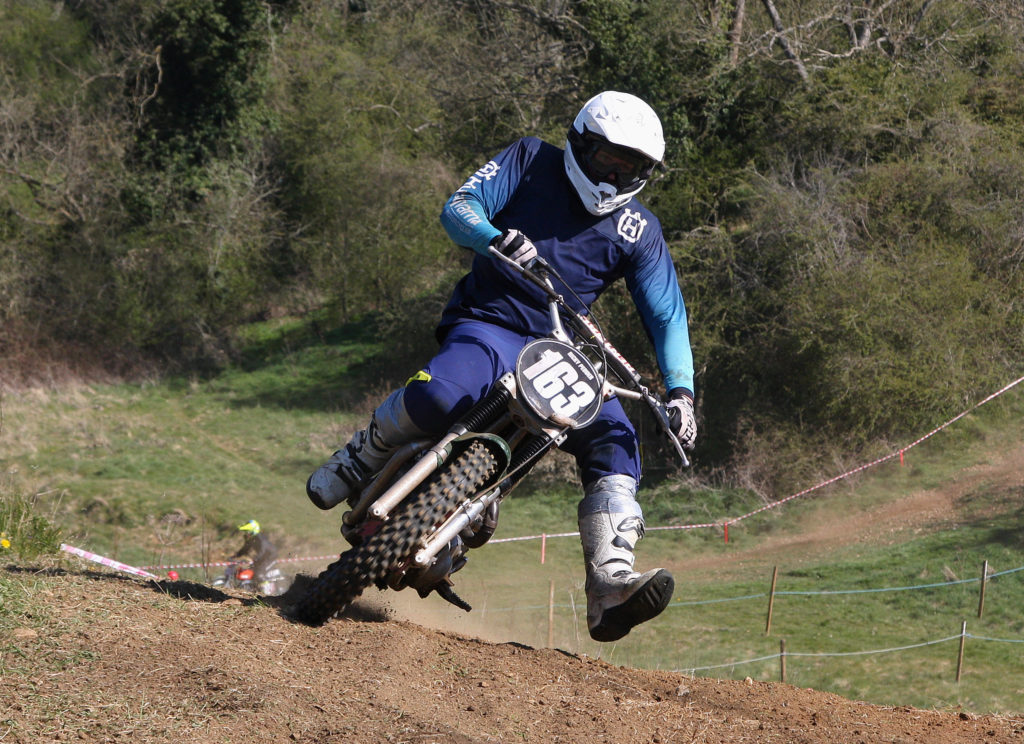 Ricky Pedder turning the power on in the Pre 65 class

The Pre 65 class it was Ricky Pedder on the 650 Triumph who was to win the opening race after a late surge from Lewis Bell with Pedder again winning the second race, but this time he had to fight off the Jawa/Metisse of Dave Bell. The last race saw Lewis Bell and Pedder both nonstarters and it was a runaway win for Dave Bell who with it took the overall.

In the Pre 68 up to 350cc class, there was no stopping Keith Best on his 250 CZ who was to totally dominate all three races with Mitchell Harris finishing second to Best in all three races and Colin Hickie with three consistent rides was to give him third overall. 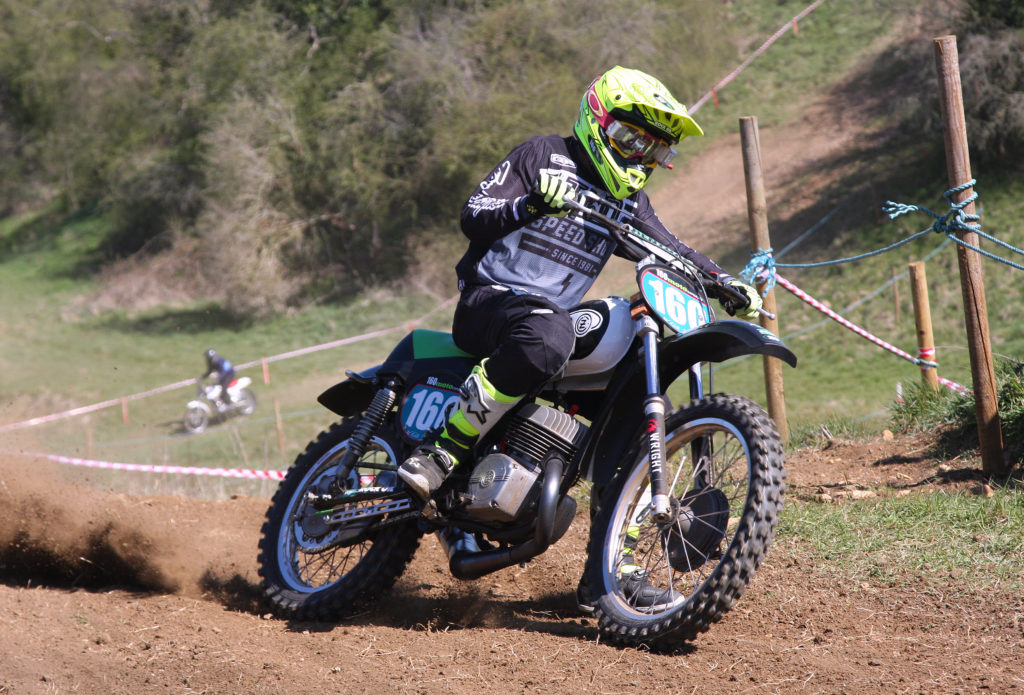 Keith Best in action in the combined British Championship race

The Pre 68 unlimited class saw Scott Hayworth on the BSA 500 win the opening race with fellow BSA 500 rider Aaron Graves the other two races but both riders did not compete in all three races and with three consistent rides the overall was to go to Mitchell Harris with a third and two seconds.

In the Taylor / French Memorial class, it was a clean sweep of wins for Keith Best with Nick Archer on the 475 BSA taking second overall with three good results ahead of Roger Dunford who also had three good rides to take third overall. 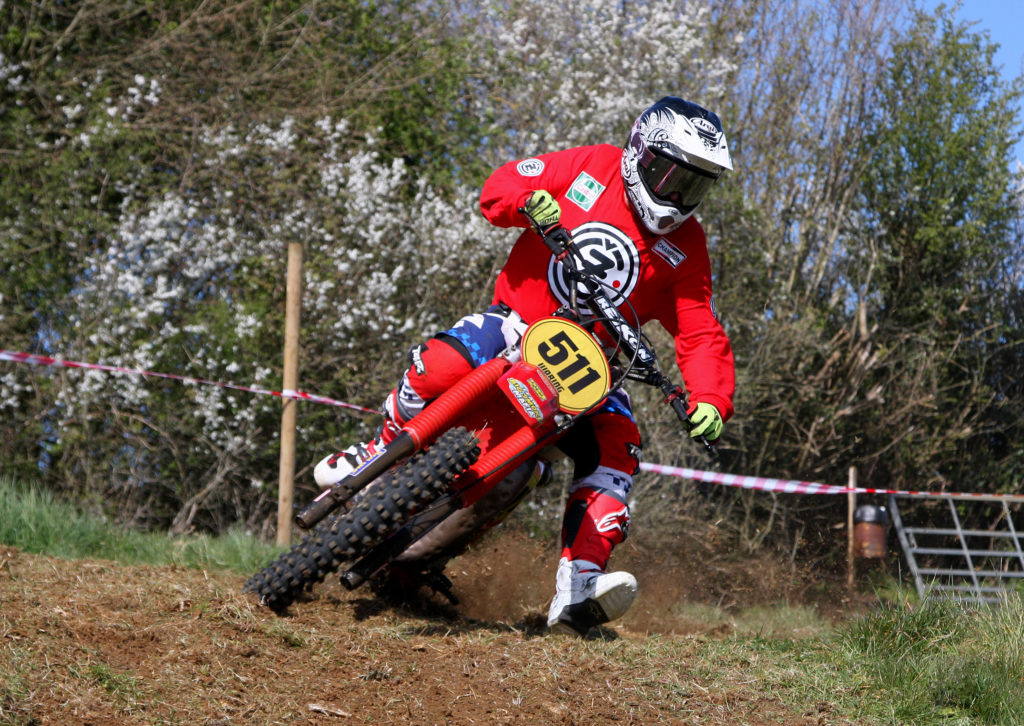 Allen Waring took the overall in the Twinshock class

The Twinshock class was fast as usual with a real scrap in all three races. Allen Waring on the 290 Honda was to hold off the 500 Hickie BSA of Tim Dallaway in the opening race but Tim gave his all in the second moto and this time he took the win from Waring, so it was all square on points going into the last race. Waring had the best start, and it was these two at the helm with Waring put under pressure from the off which he had to deal with all through the race, and he was to hold his nerve and took the win and the overall from Dallaway a close second. 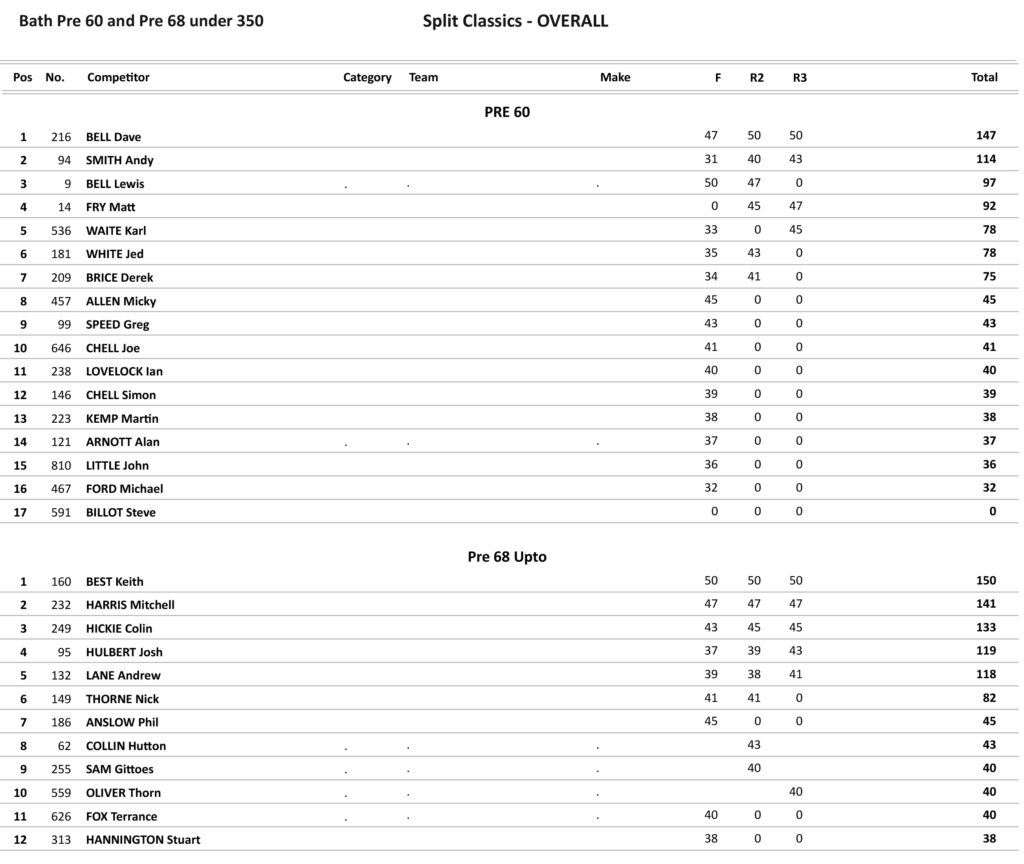 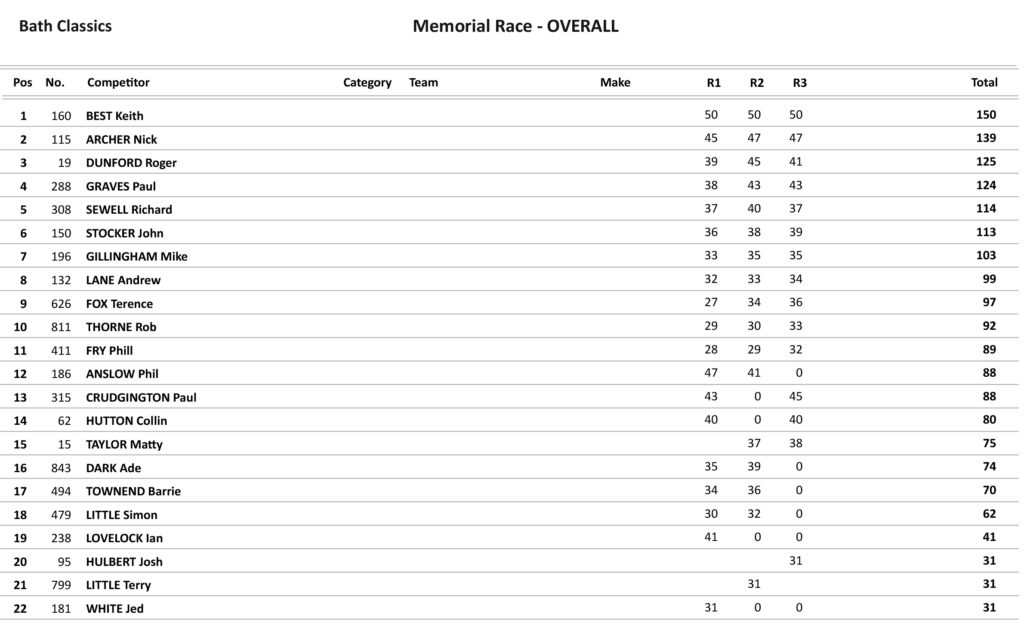 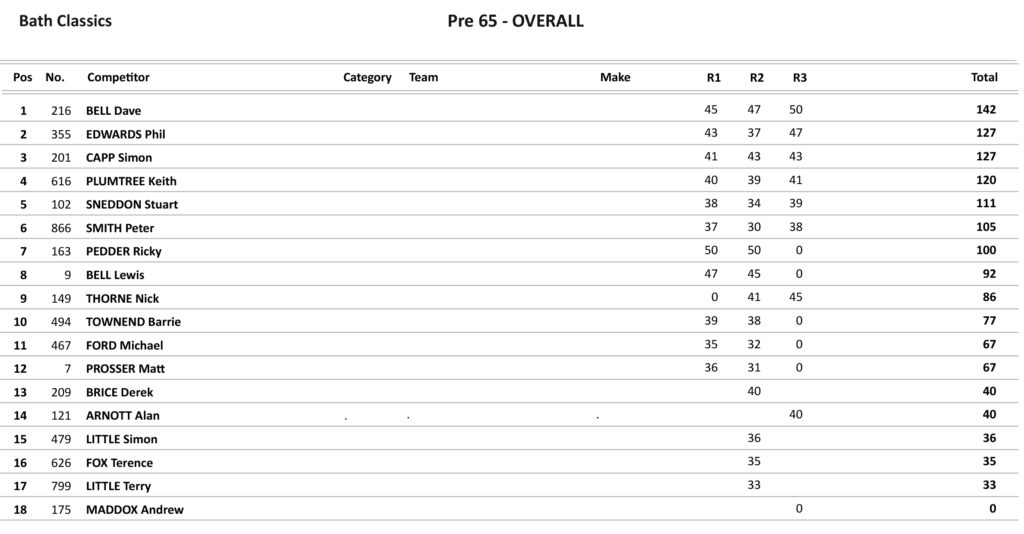 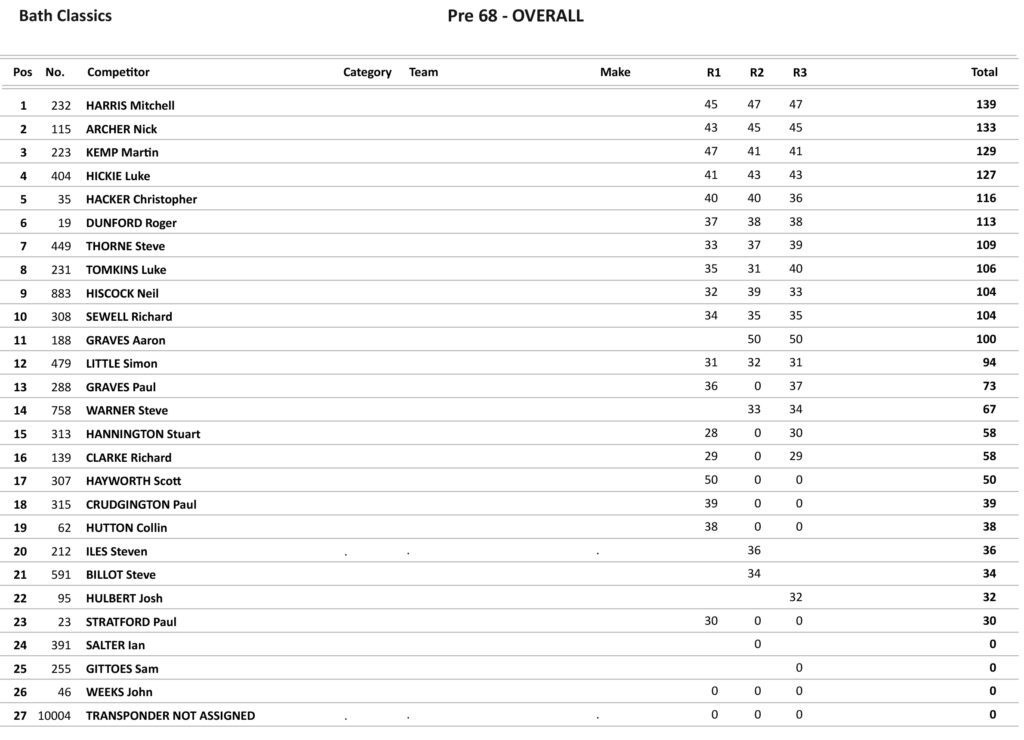 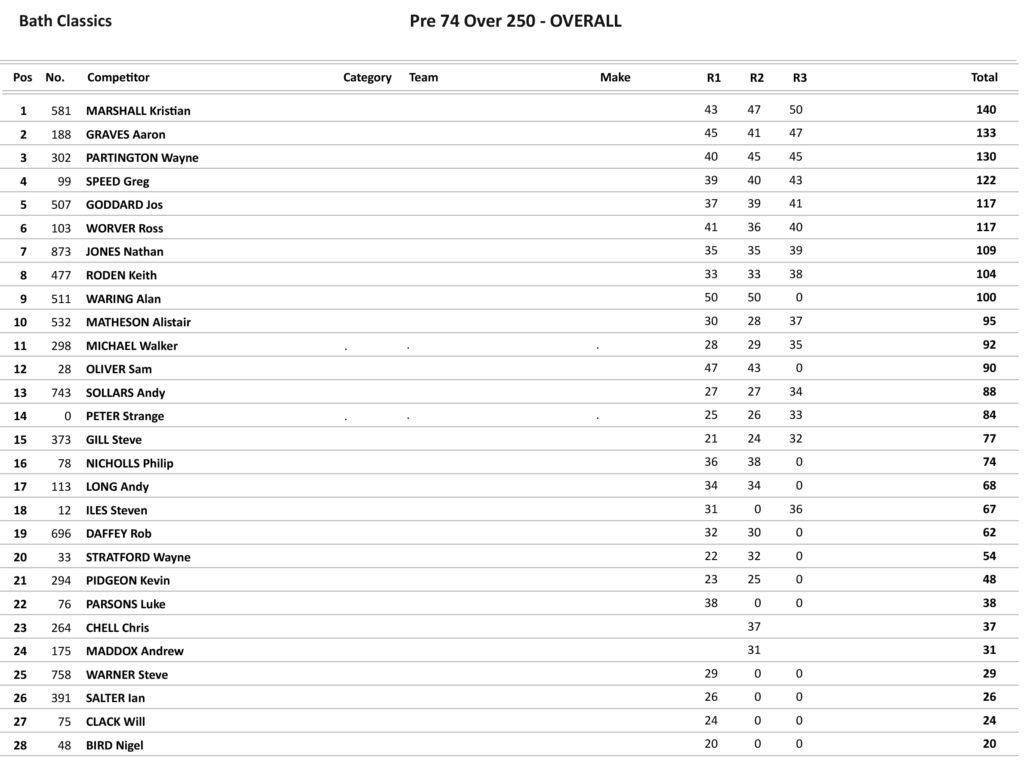 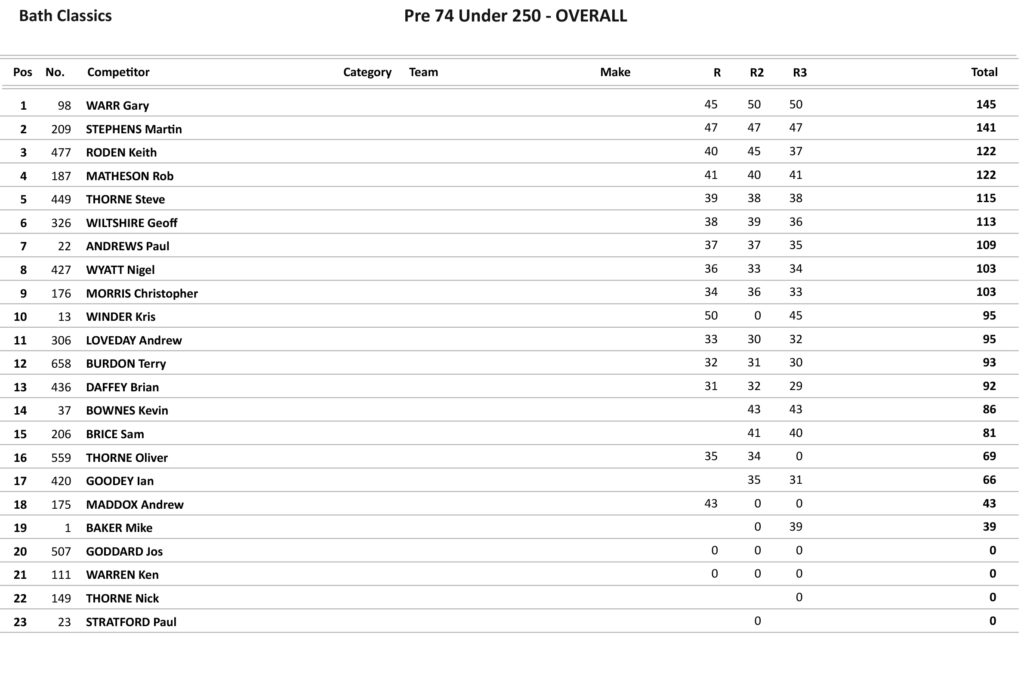 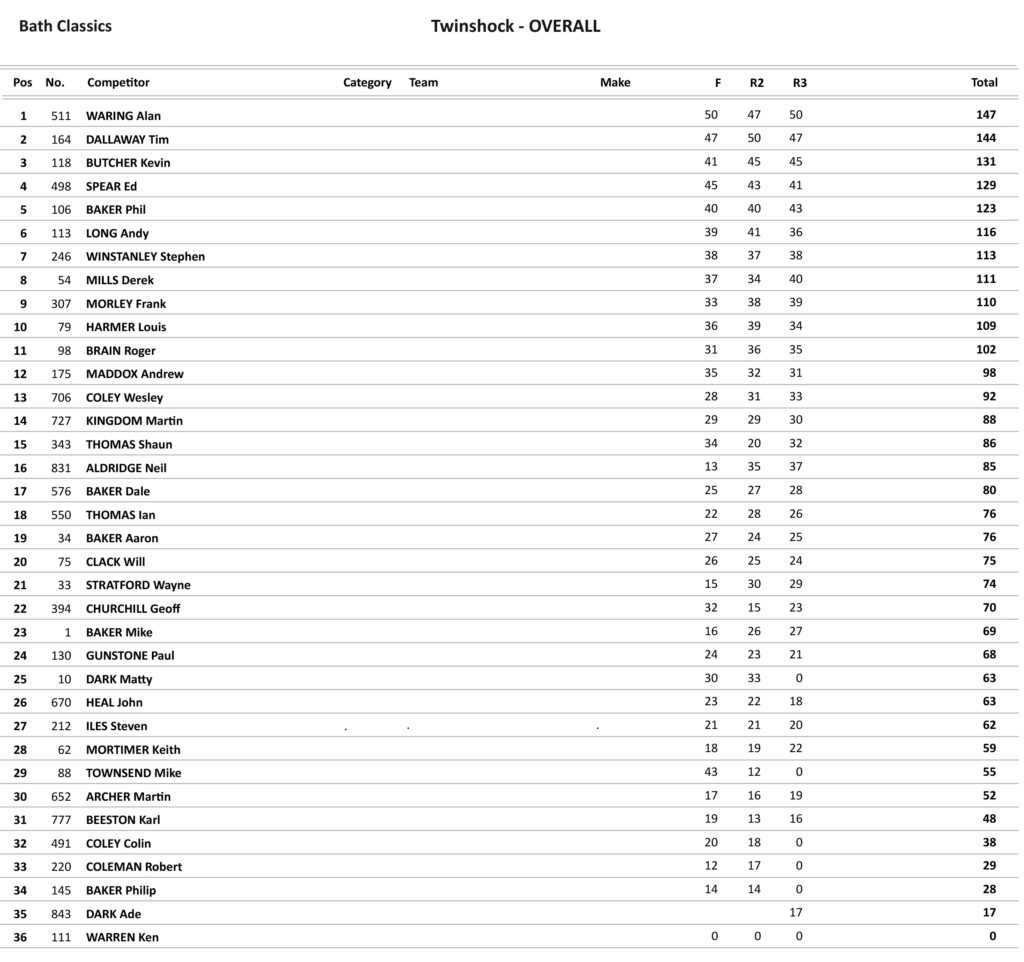 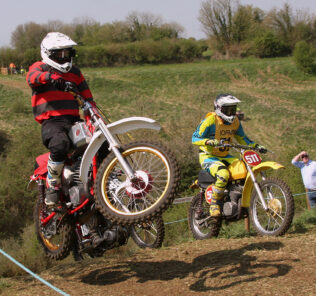 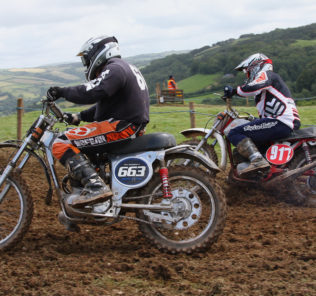