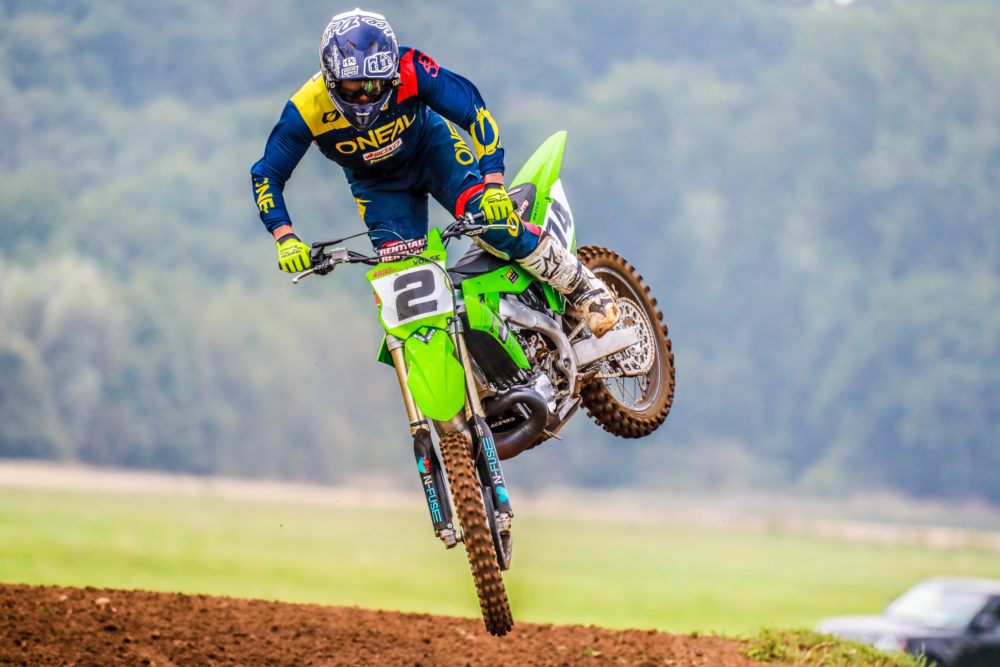 Culham in Oxfordshire was the host venue for the final round of the 2021 Acerbis Amateur Nationals series and with all the championships still up for grabs, it was going to be a red hot weekend full of brilliant racing.

First up on the perfectly groomed circuit were the Craigs Motorcycles sponsored MX2 class with former double 125 champ Dylan Spencer planting his CPS Husqvarna on the top step of the podium for the first time this year giving him plenty of confidence going into 2022. Wildcard rider Max Lewis never swayed outside the top six all weekend and was rewarded with runner up for his efforts while Mitchell Meadows took the final race win to boost himself to third overall. Marshall Smith stayed cool, calm and collected on his way to claiming his first MX2 title by taking home fourth position. 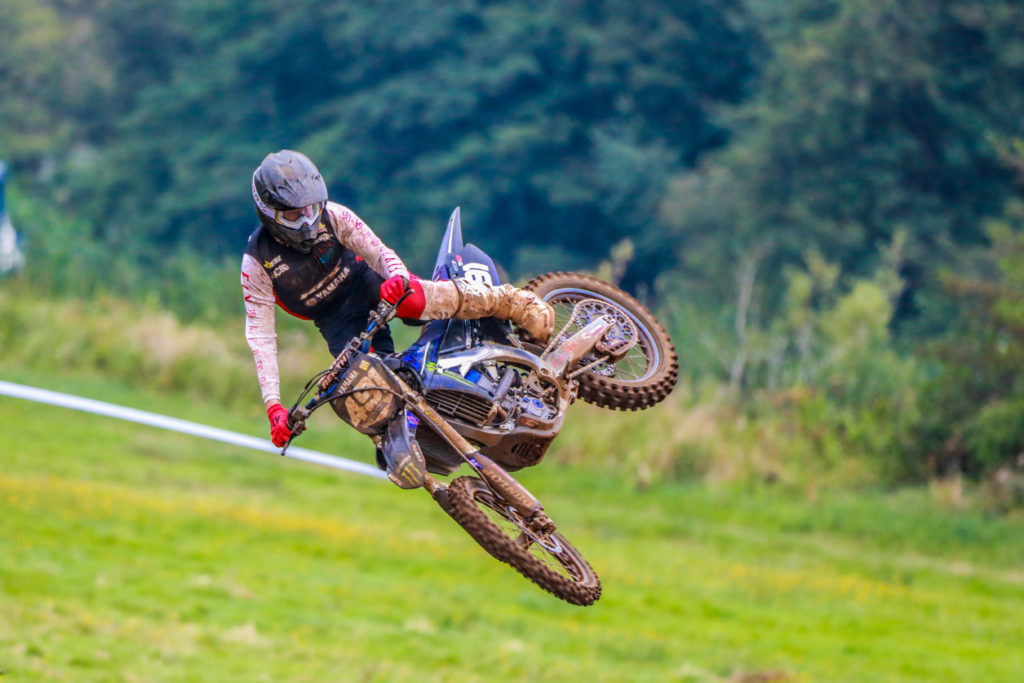 In the Paradise MX Holidays MX1 category former top British Youth racer George Simmutch made an appearance for the final round as a wildcard and totally dominated the field taking five wins from five starts on his Yamaha. Jayden Ashwell, another wildcard, put himself onto the overall podium with three seconds and two thirds ahead of series regular Ed Briscoe who had a solid weekend inside the top five in each moto. Jack Beniston put in another solid effort for fourth overall for the weekend and claimed the runner up spot in the championship after a good year for the Honda man. Even after a first race crash and a weekend of battling through the pain barrier, north easterner James Hutchinson took the MX1 championship back up the A1 with him and the number 1 plate firmly attached to the front of his Yamaha. 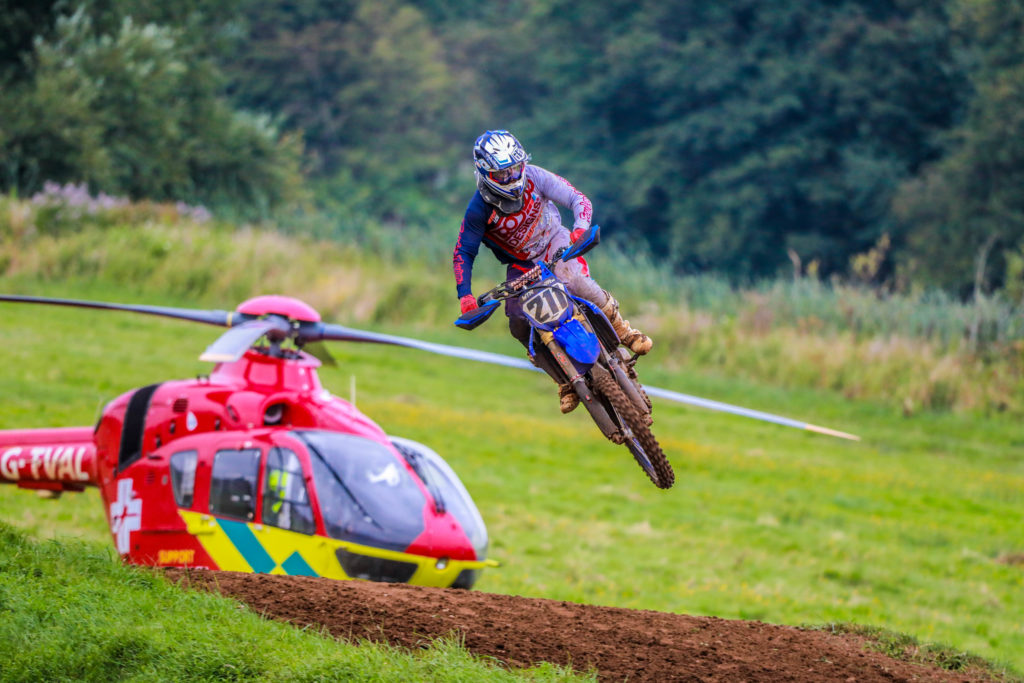 In the Moto Connection backed 125 2 stroke class Luke Dean took his brand new Fantic machine to the line and that was the last any of the rest of the pack saw of him as he decimated the field. Dean was at least 3 seconds a lap faster than anyone in the first four motos and a second faster in the final race giving him a big cushion to cruise it home for five wins. Louis Vincent was the best of the rest but a massive 36 points adrift of the winner while Robert Barney was the top championship points scorer claiming the lower step of the rostrum. Dominic Newbury and Leon Ogley took fourth and fifth places respectively while Stu Owen finally claimed the championship he has worked so hard over the last few years taking the title a race early in moto four. 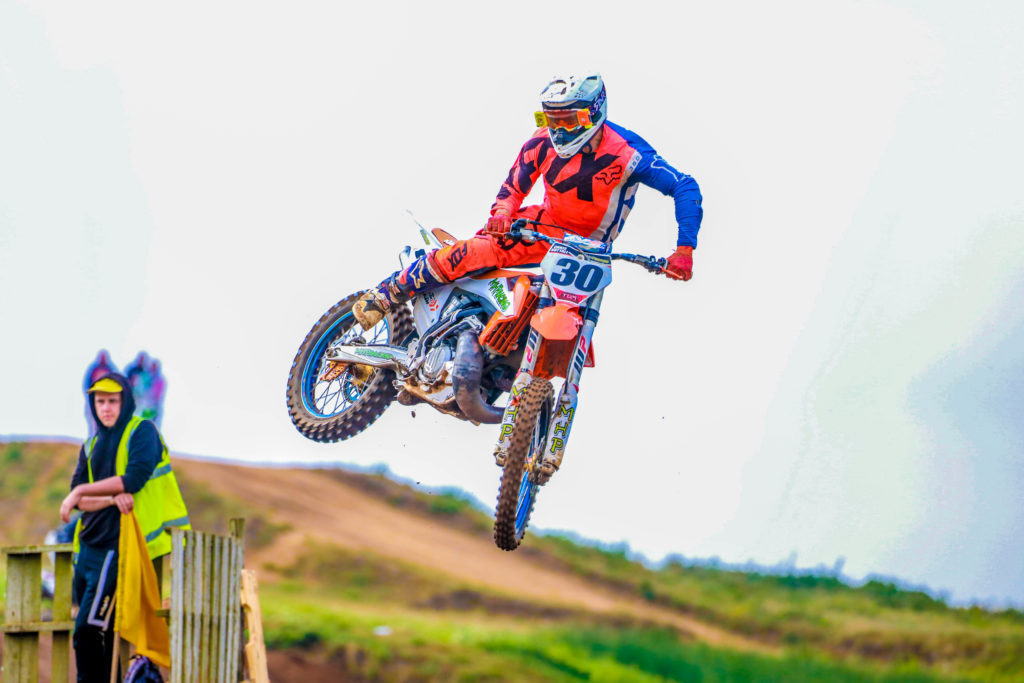 The top four overall in the California MX Dreams Open 2 stroke class ended up finishing the same positions in the championship as Adam Harris carried on his good form of late and took a maximum scorecard of 200 points and defended his championship from 2019 but this time giving Fantic their first National title in Britain. Harris had to deal with fast starting and ever-stylish Chris Nuttal as the KTM man was fast out of the blocks all weekend but had to settle for runner up on the weekend but in doing so fended off Drew Roe in the championship for the silver medal. Roe managed to stand on the lower step of the rostrum however and gave Nuttal a good run to the flag to cement himself as third in the series while Cumbrian Callum Bircher took home fourth after a solid season for the KTM man. 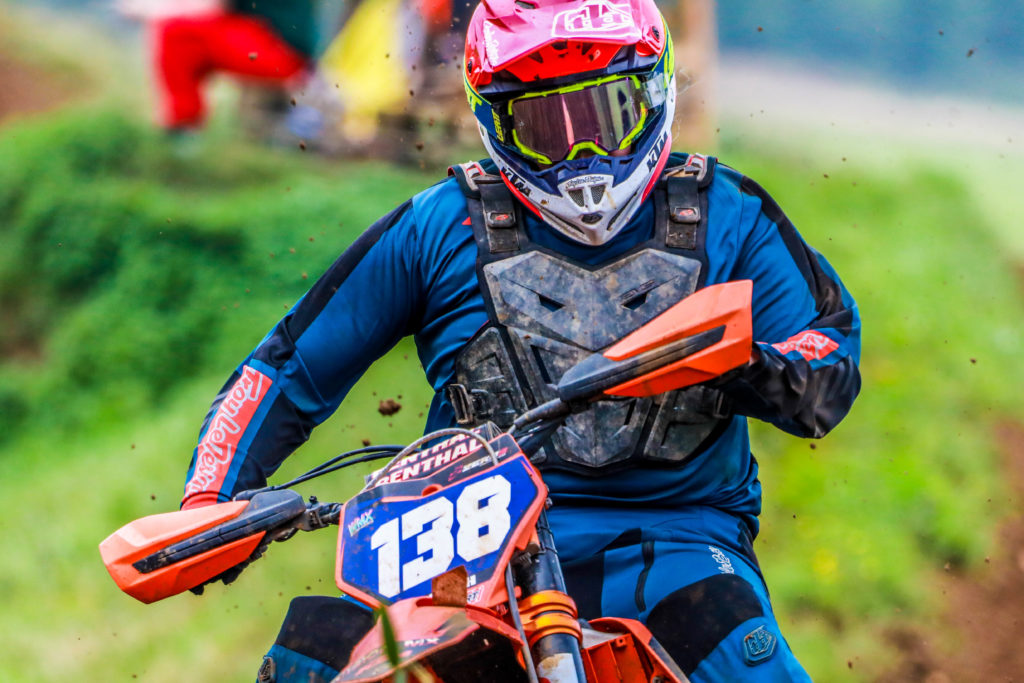 In the hotly contested Pro Green Ladies category it was the last race result that decided who stood on the top step of the podium as Kathryn Booth and Charlotte Hall tied on points for the weekend. Hall had a super consistent weekend with a 2-2-1-2-2 scorecard but Booth taking 3 wins, a second and a fourth was enough to bag the KTM rider the overall due to the final race victory. Nadiya Jones was hot on their heels all weekend and came away with the third spot overall but more crucially she became the Ladies Champion for the second time. Rebecca Newman and Molly Wernham rounded out the top five. 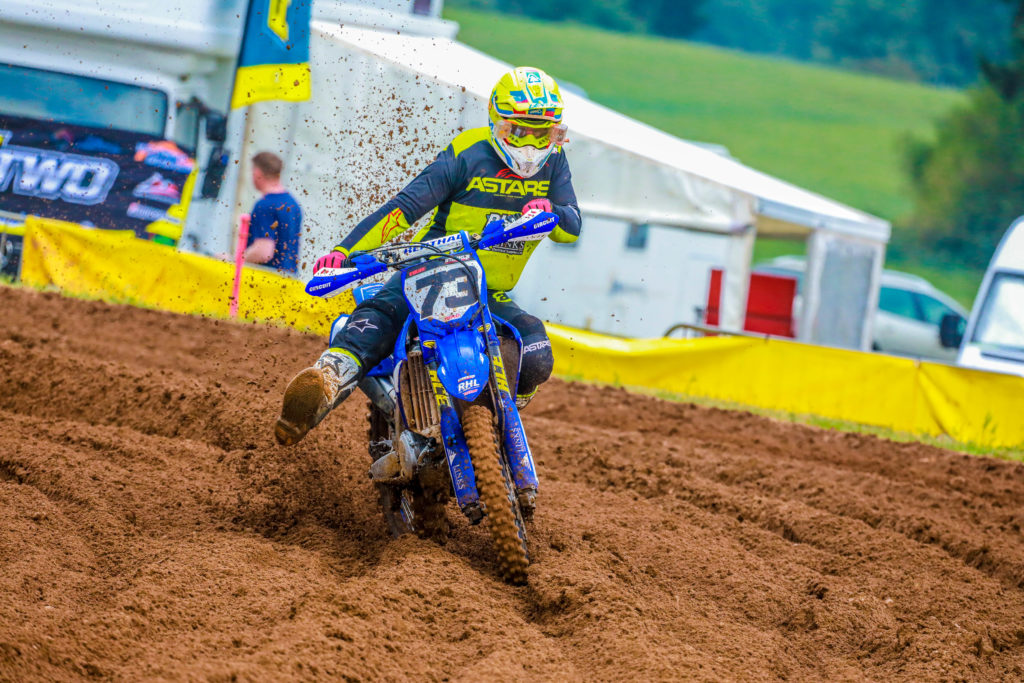 It was business as usual in the Manchester Xtreme Junior Open category as just like he has at 4 of the other 5 rounds in 2021 Alfie Calvert claimed all five race wins and with it the Junior Open title, just coming up a race short of a perfect season and proving he will be a solid top 10 rider in the MX2 class for 2022. Ryan Davis wasn’t far off Calvert’s pace but had to settle for a 4-2-2-2-3 scorecard to give himself the runner up on the day overall and runner up in the championship to go with it. Tom Card finished the season strong with a second place in the first and last motos of the weekend to help him up to third on the box. 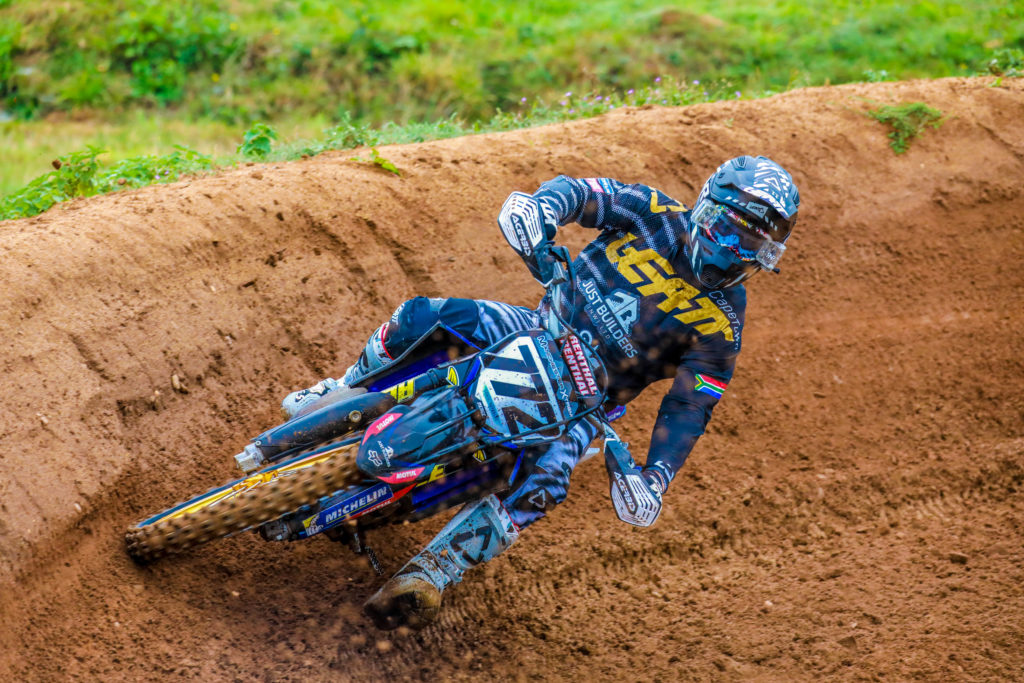 Ryan Voase must be the first person in the Acerbis Nationals history to have a 100% unbeaten record in a season as the Kawasaki man-made it 30 wins from 30 starts over the six rounds in 2021 in the LS2 helmets Vets Over 40 category. He took a 2005 250 2 stroke Kawi to the top step this time around however proving he can also win on whatever bike you put him on. Danny Tollett resumed his position on the second step of the podium and you can be sure he will be pushing hard over winter to try and overhaul his rival in 2022 and stop the dominance. Simon Bonser came out to Culham for a wildcard appearance and put himself onto the third step of the rostrum after going into the final moto tied on points with Andrew Woolhouse who finished the weekend fourth overall. 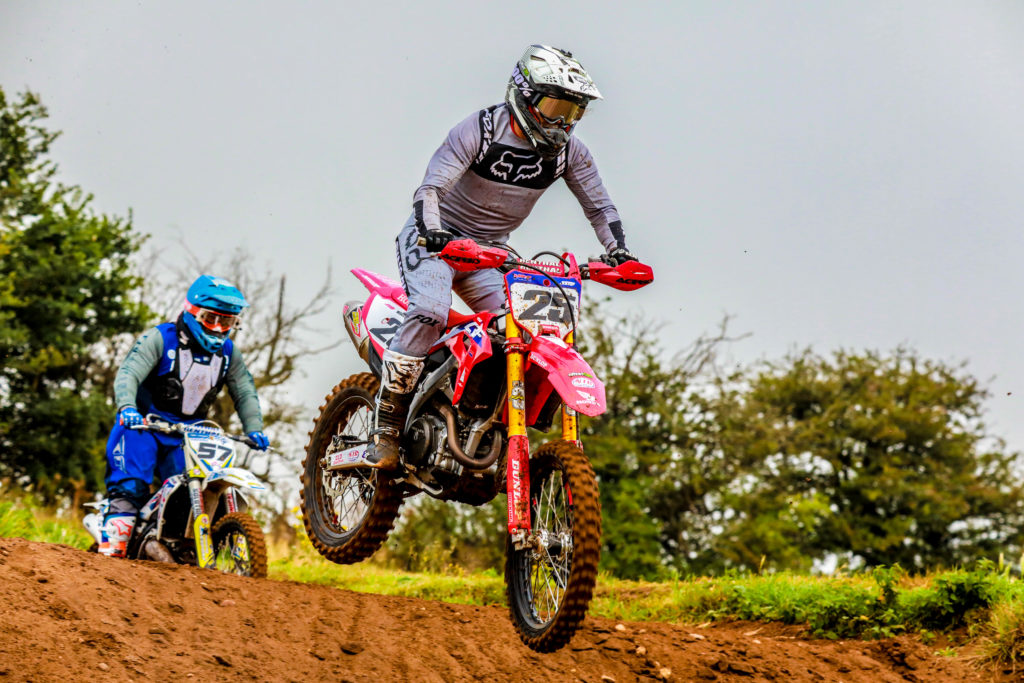 In the Roberts Plants Engineers Vets Over 50 class, it was 22 points that separated Chris Brown and Brian Wheeler heading into the weekend meaning all was to play for at Culham for the title. Wheeler did all he could to make up the ground like he has all year and took maximum points once again meaning he won every race he competed in but with the two races missed at Hawkstone he’d been playing catch up all season. Brown however is also ultra-consistent and has only been outside of the top three only once all year and with that managed to take home and defend the over 50 championships by only 10 points. Steve Elford rounded out the top three on the day and even snook a runner up spot in moto 4 to help his cause while Rob Lewis finished the year fourth overall and claimed the bronze medal in the championship for his efforts. 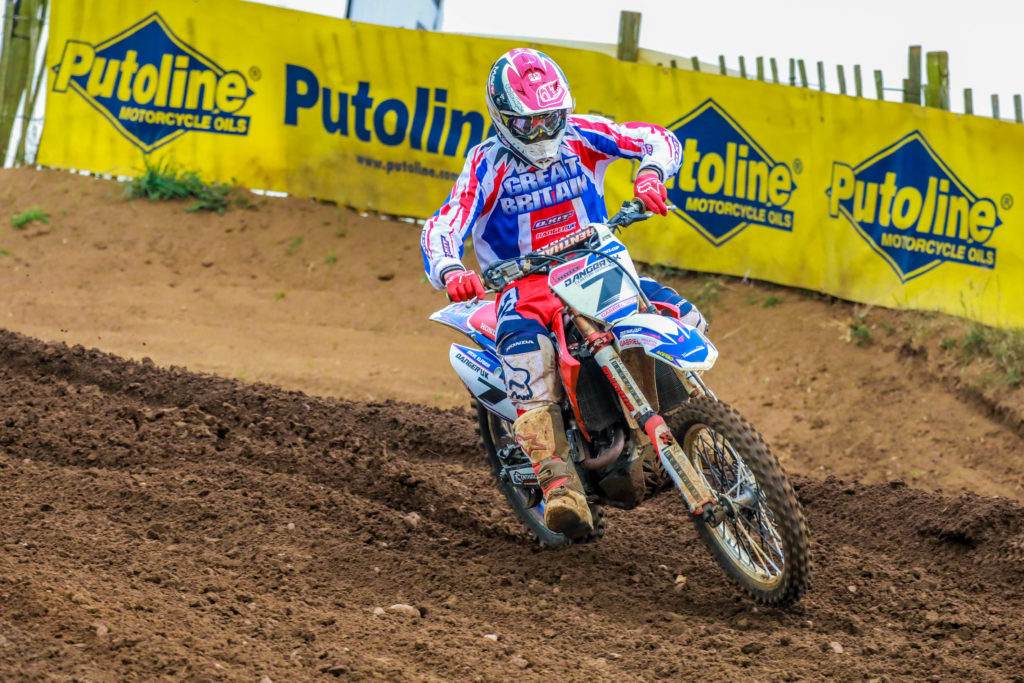 With 2021 all sewn up and in the history books, all focus turns to 2022 where we are surely in for yet another top year of action from the best Amateur riders in the country from one of the best series about. 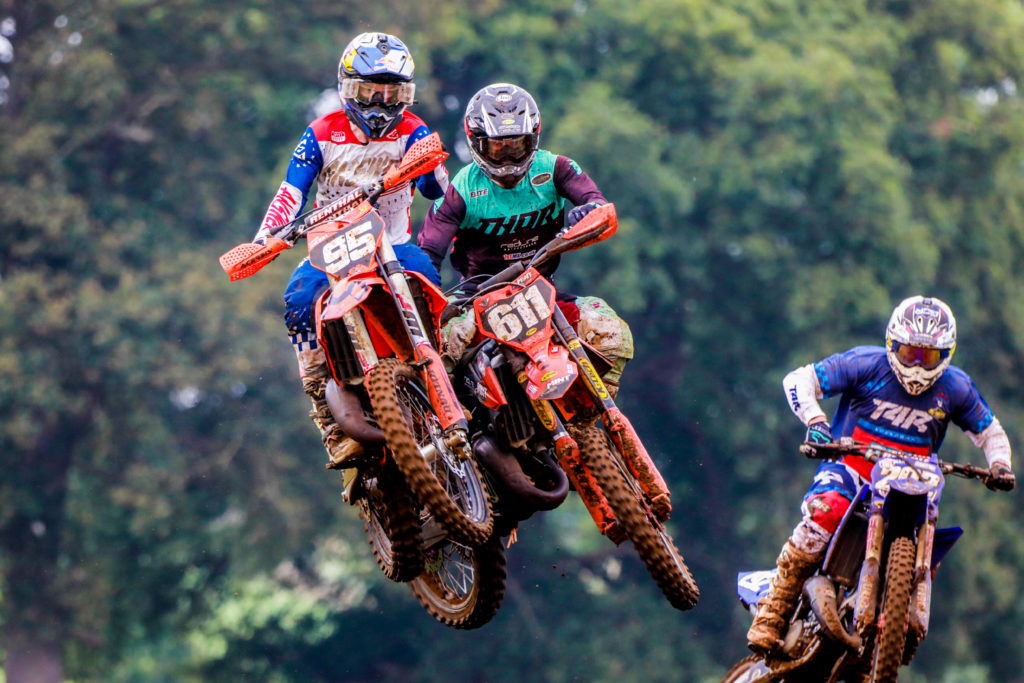 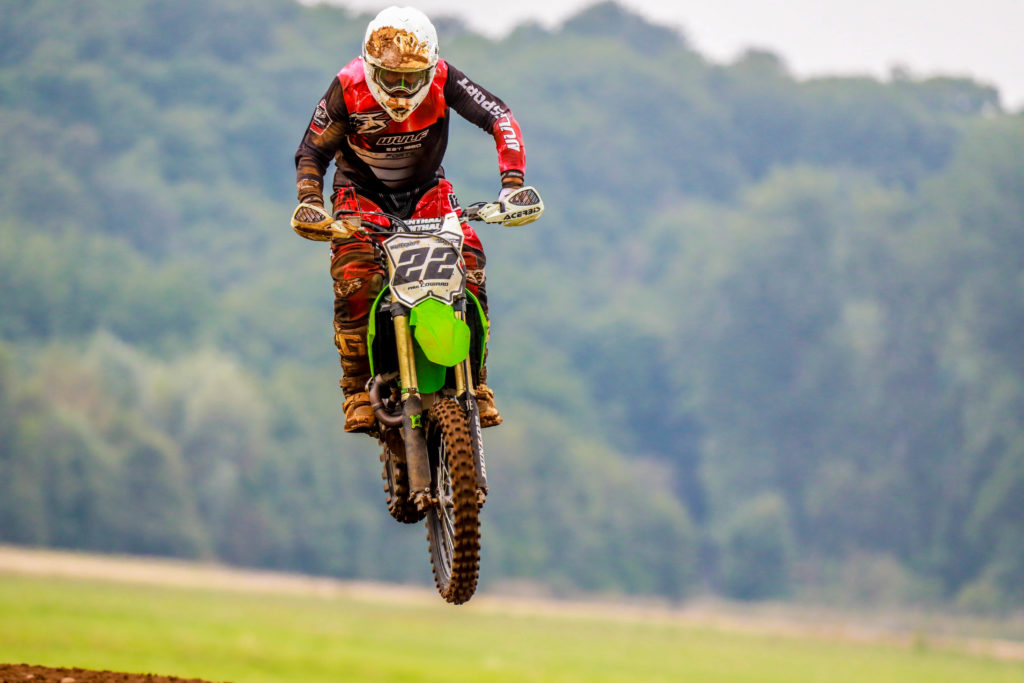 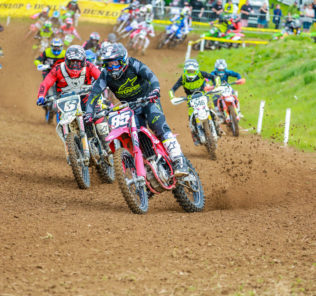 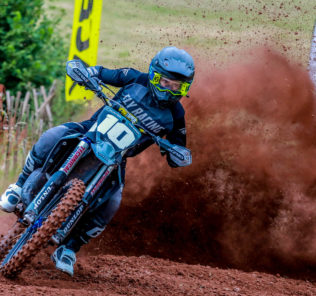 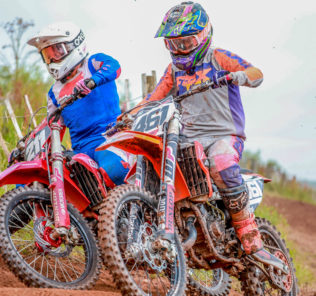 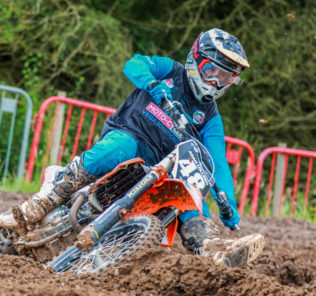 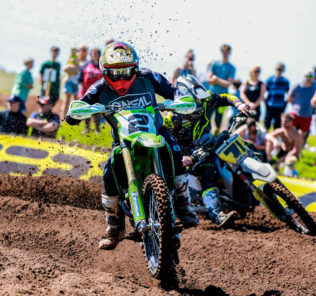