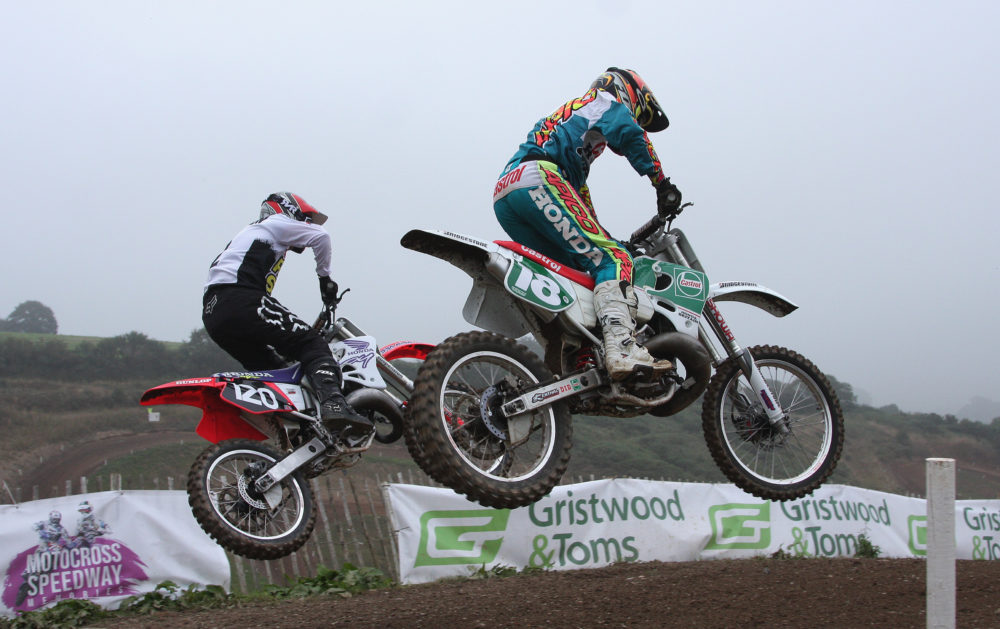 The inaugural BSMA reunion motocross meeting at Littlehempston went down storm amongst riders and fans this past weekend. The brainchild of ‘Motocross and Speedway Memories’ Lee Ashby and fellow BSMA racer Kevin Wheeler was a genuine success as loads of riders from yesteryear rocked up in Devon for a fantastic two days of racing and nostalgia.

Images courtesy of Dave Rich
Racing came thick and fast on the valley laid track with classes for both Evo and modern bikes and old blokes and new kids on the block and the track soon got cut up and knarly, especially for some of the old boys who hadn’t raced or even ridden in years. But that didn’t seem to matter with everyone having a good time and catching up with old friends and reminiscing, which is what the event was all about, and that carried on into the beer tent! 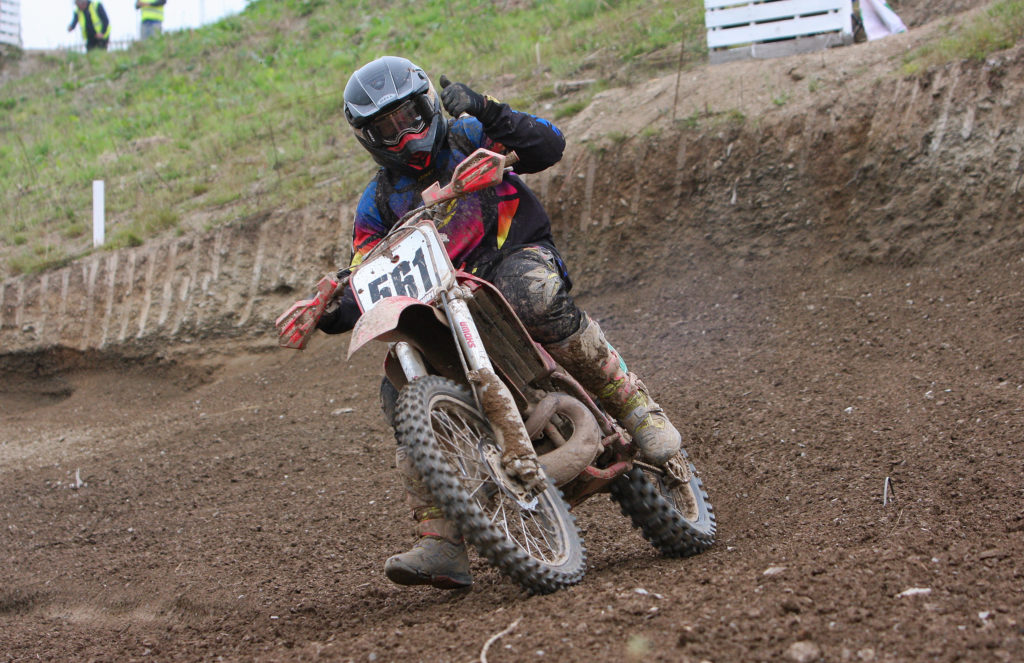 They even laid on a bit of a legends parade with the likes of Craig Pratley (out on his Castrol Honda), Nathan Shelton, Steve Liddington, Dean Bachelor and Dirt Hub’s very own Jeff Perrett (who was worse for wear after succumbing to the perils of the beer tent). 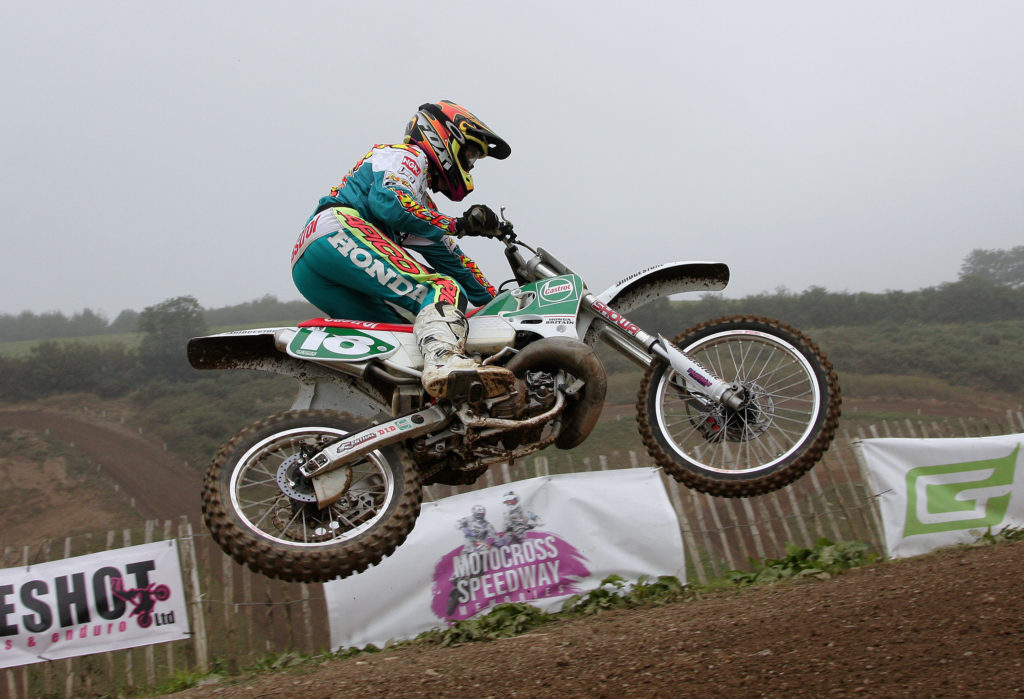 A number of speedway legends were also presented including American legend Ronnie Correy. Paul Lee, 1982 British Champion Andy Grahame and Robbie Kessler were all shale stars who were in attendance as well as former BSMA turned speedway rider Carl Belfield. 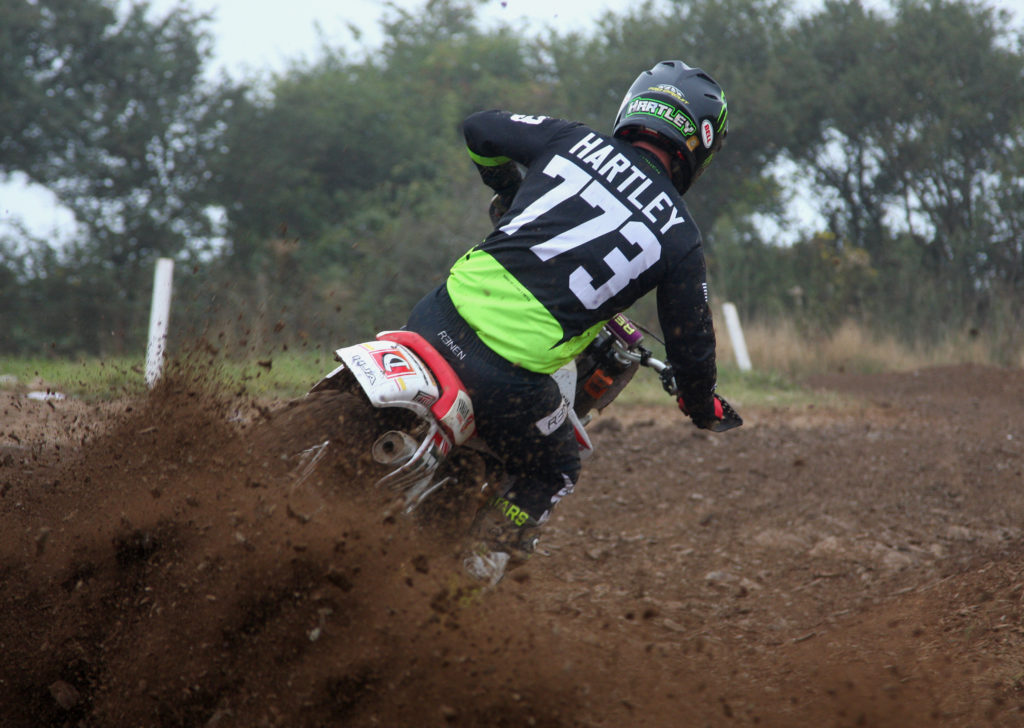 On to the racing, Tom Moore was a class act in the Evo 125’s winning all five motos over the two days. James Ovens was second on both days while Matt Holcombe nailed Saturdays number three spot with Dean Kiff matching that on Sunday. 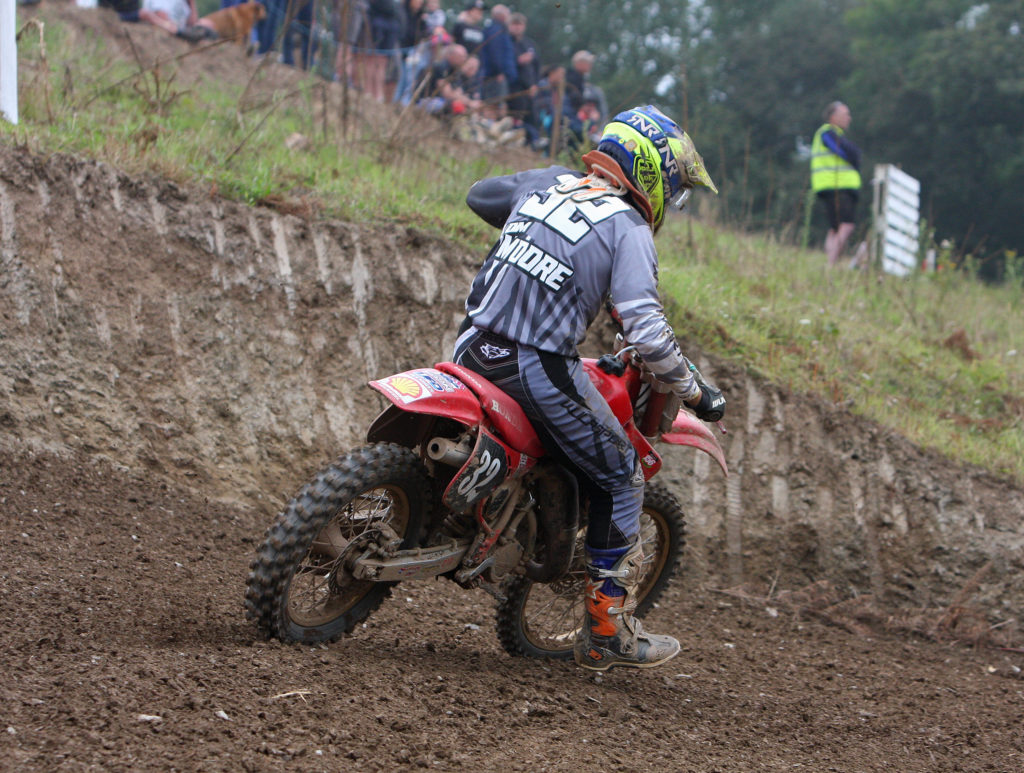 Terry House was Saturday’s victor in the Evo 250/500 class while young gun Tyler Westcott took over the top spot on Sunday. In second both times was Scott Arden with James Drinkwater rounding out Saturday’s podium, with Paul Edge on the third step of the box on Sunday. 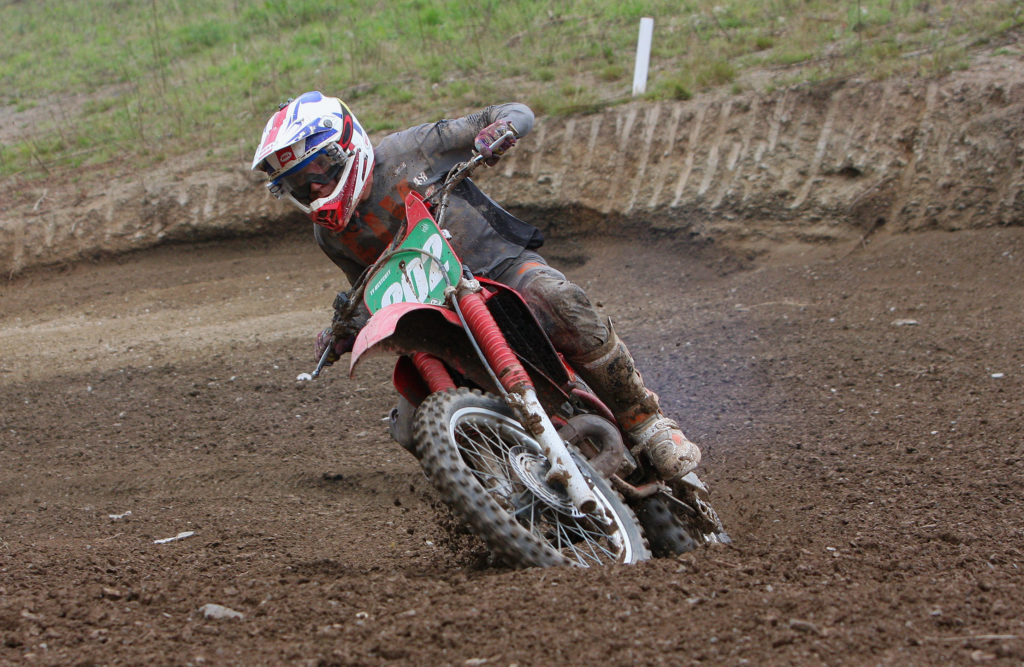 Ben Saunders was victorious in the Super Evo 125’s heading home Stefan Little and Mark Bonning on day one and Daniel Clark and Danny Foreman on day two. In the last moto former Moreden boy Adam Tucker grabbed the holeshot in the class that was in memory of his dad, Chris Tucker was unreal considering he hasn’t raced for donkey years. 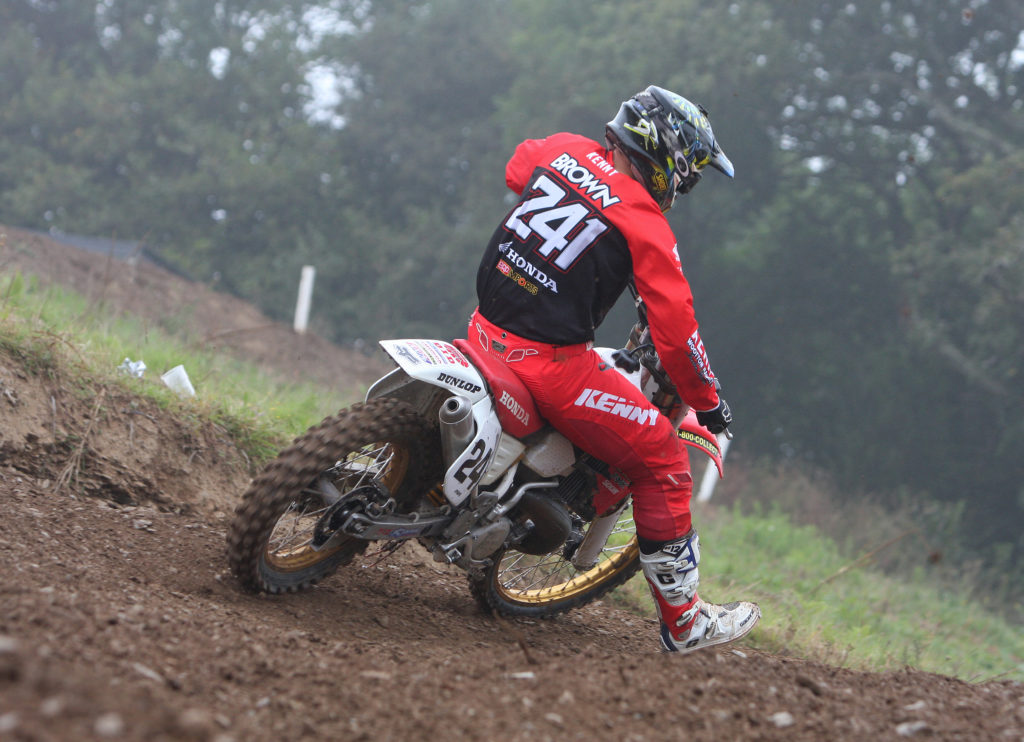 In the Super Evo 250/500 class Oliver Consterdine and Gary Brown shared the honours with Consterdine first on Saturday and second on Sunday with this flipped for Brown who was Sundays top dog. Nathan Davies was third on Saturday with Gareth Morgan repeating this feat on Sunday. 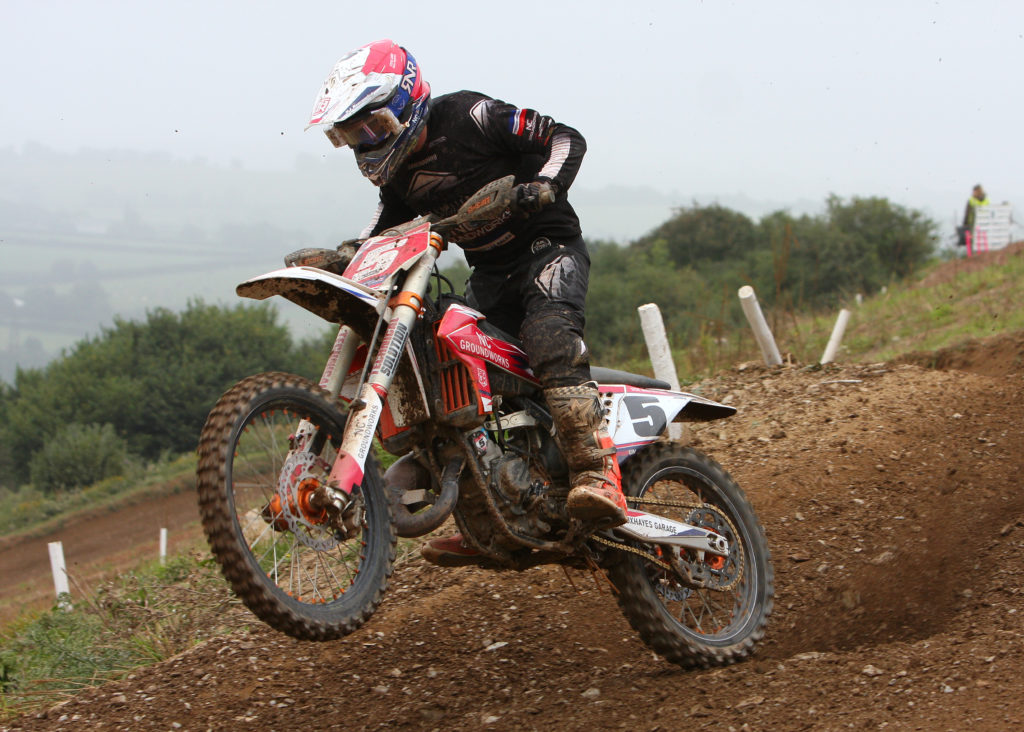 Harvey James blitzed the field in the Modern MX1 group fending off Nick Sheppard and Charlie Nightingale on each occasion while in Modern MX2 Nicky Watts won four out of the five motos for the overall victory on both days. Robert Lewis was the only rider to lower Watts colours winning the first moto on Sunday and grabbing second each time with Nigel Kibble third on Saturday and Sam Callow third on Sunday. 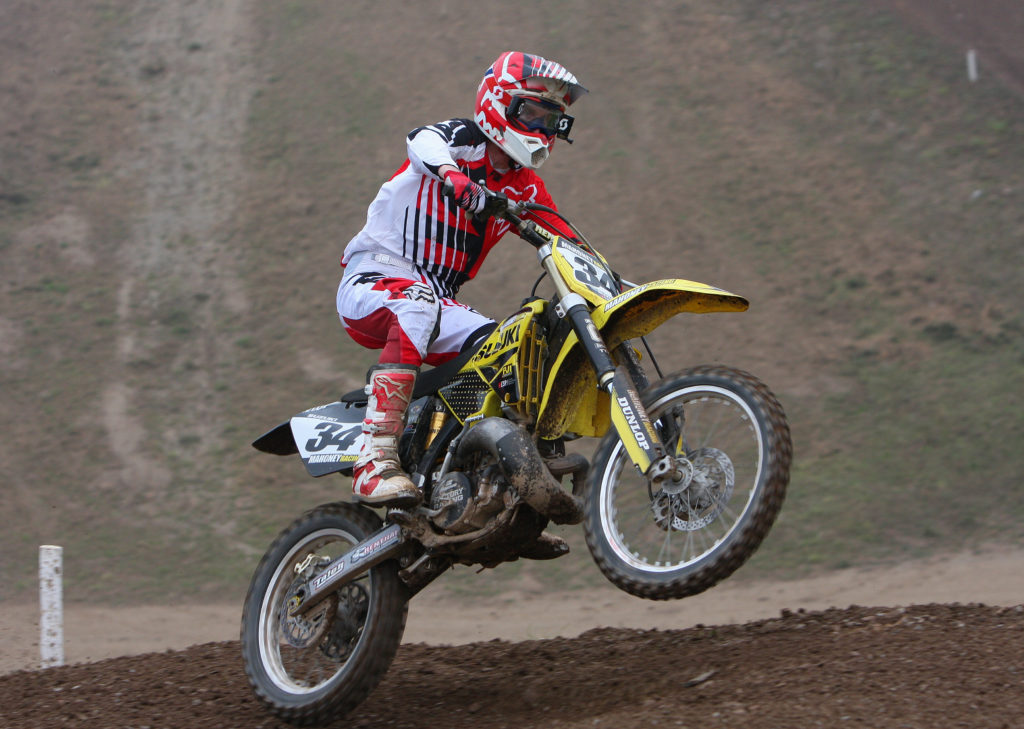 Neil Greenland stood on the top step of the podium in the Vets ahead of Casey Jones and Toby Hale in the first instance and Leon Day and Steve Liddington on day two. 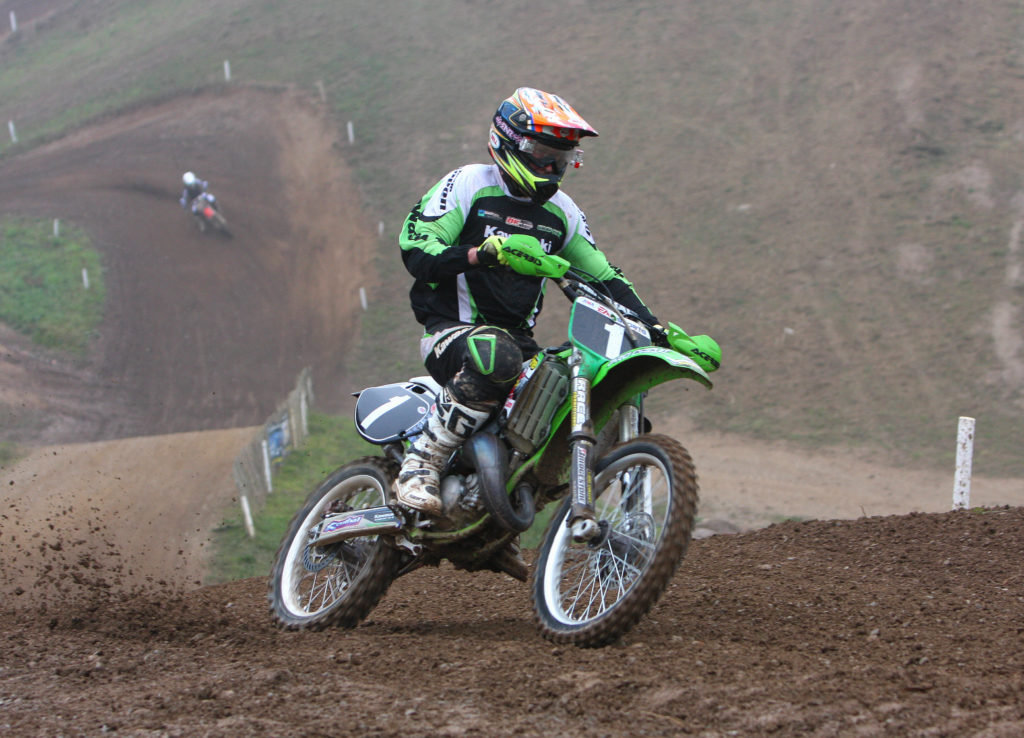 In Novice 1 Scott Williams feasted on a maximum 5 wins from 5. Josh Chamberlain was second on each day while Martin Curtin was third on Saturday as was Paul Maynard on Sunday. 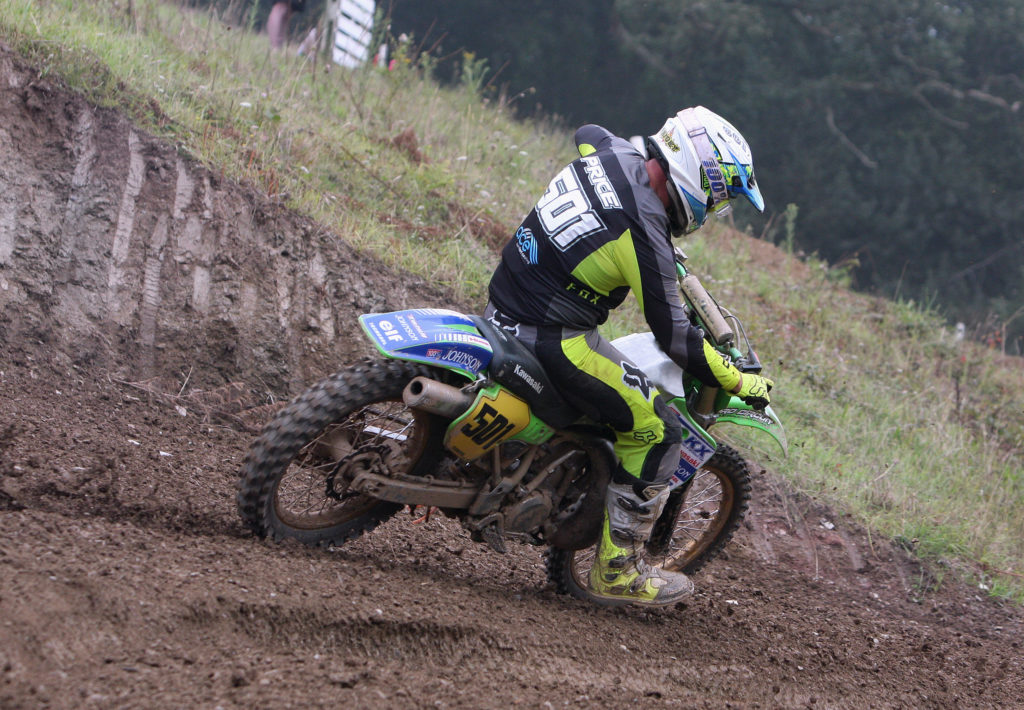 The Novice 2 champ was Paul Watts who went unbeaten over the five motos with former BSMA champ Vaughan Williams in second each time. Matt Lovelock nailed third on Saturday while Daniel Hooper got on the box on Sunday. 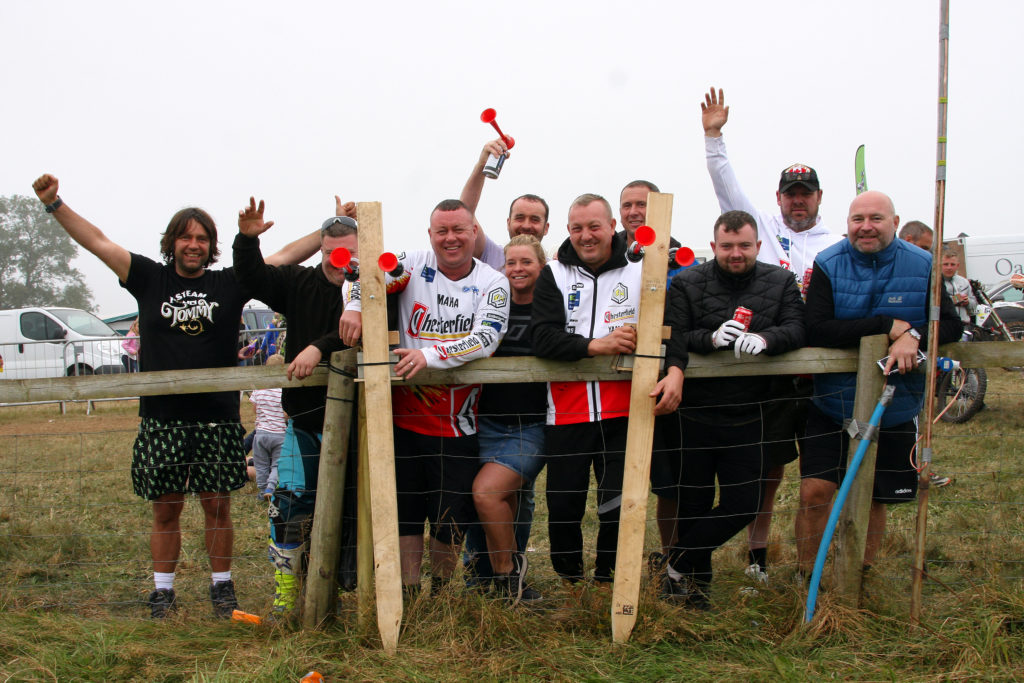 The Merthyr boys with their airhorns

The event culminated with the Super Final which saw the top four from each class go at it for the final glory.  Once again Harvey James was the victor ahead of Nicky Watts and Charlie Nightingale. 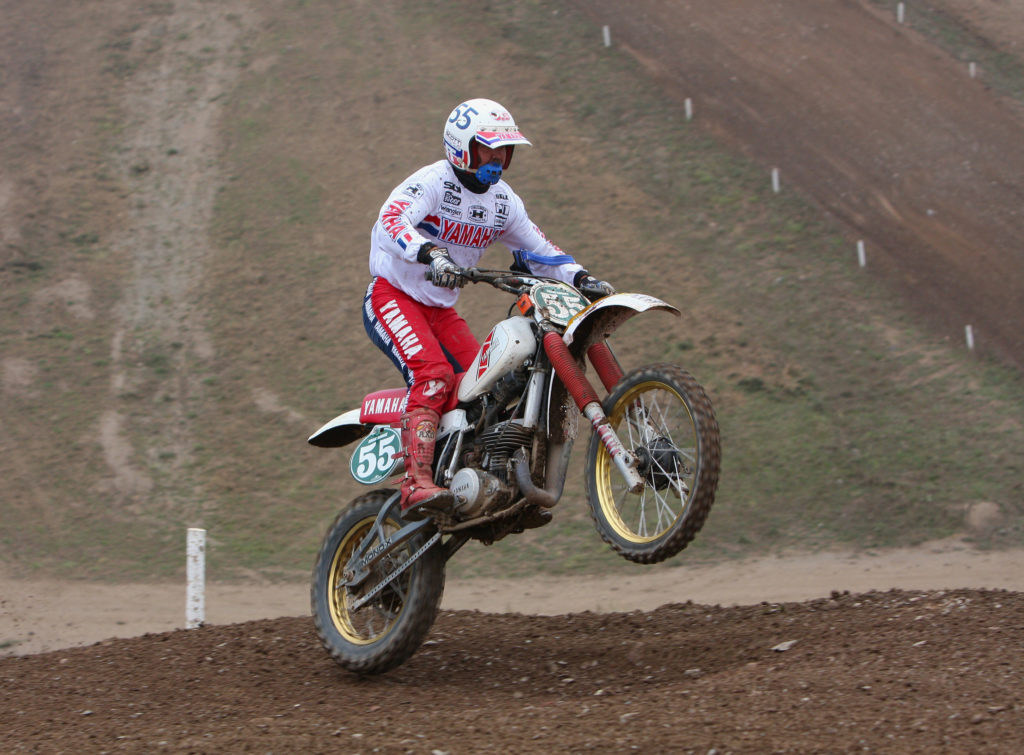 What can we say apart from what a fantastic weekend and congratulations to Lee Ashby and Kevin Wheeler for putting on such a superb event against all of the odds. 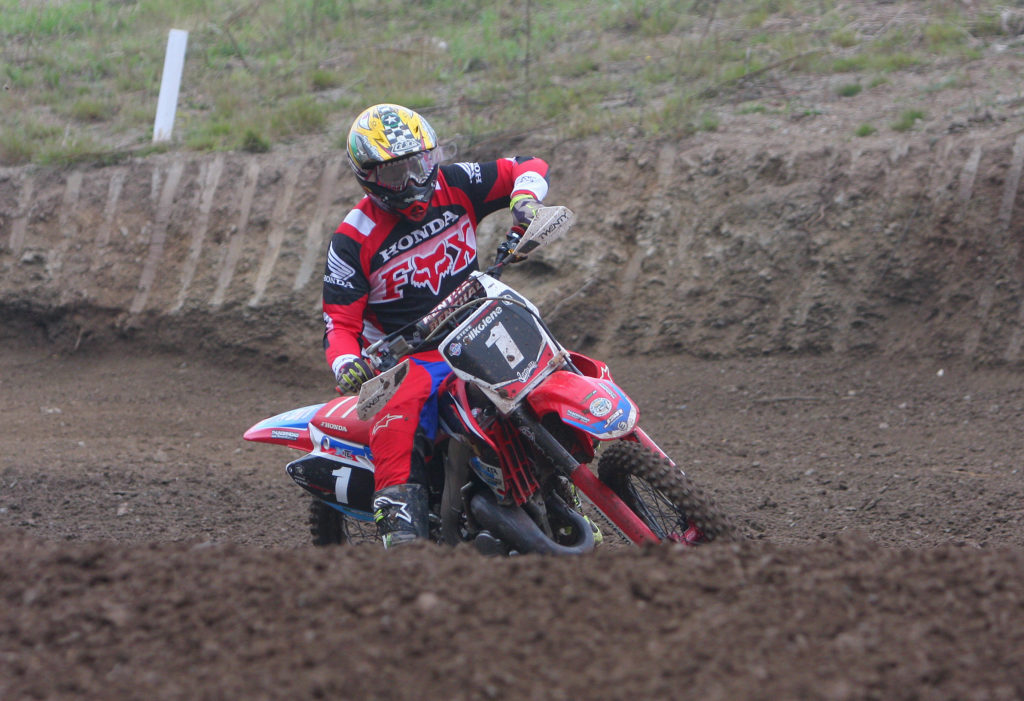 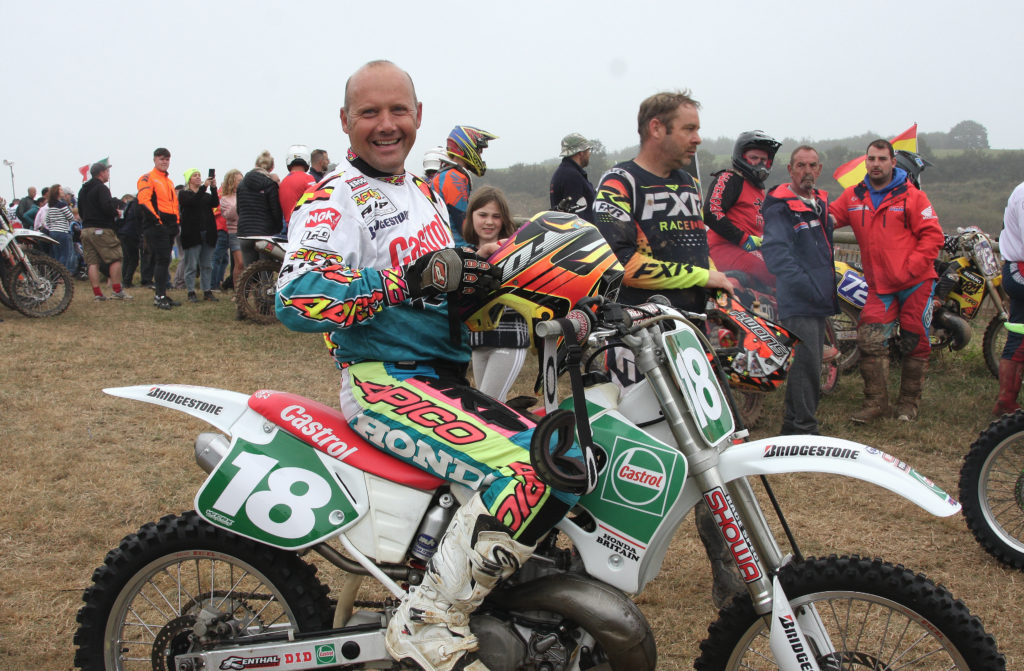 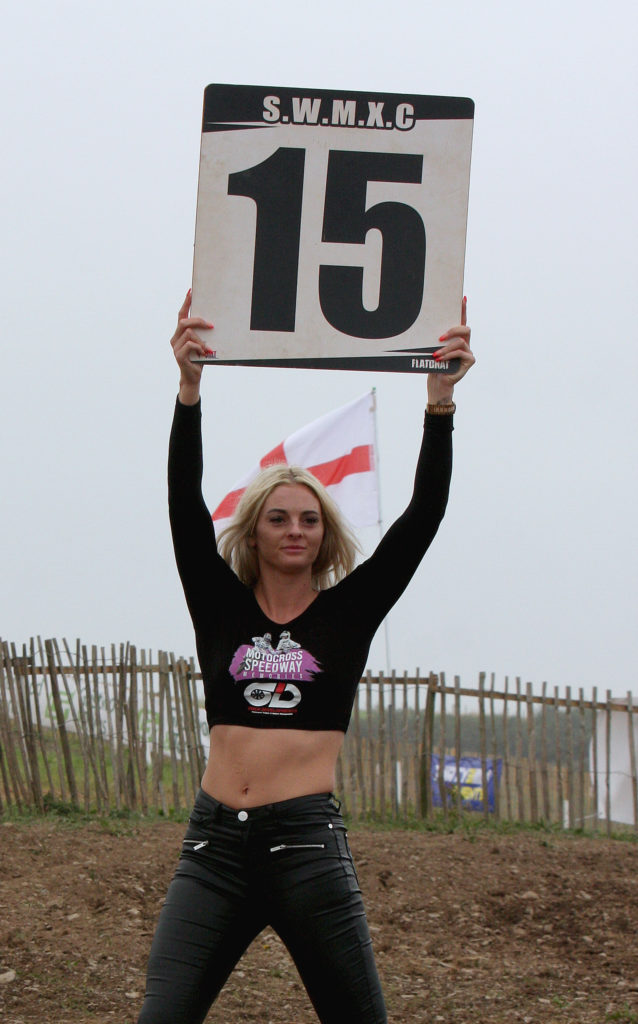 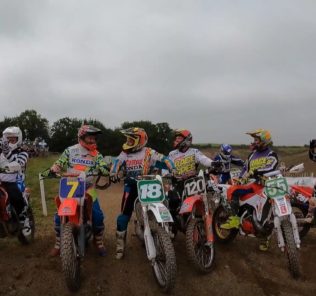