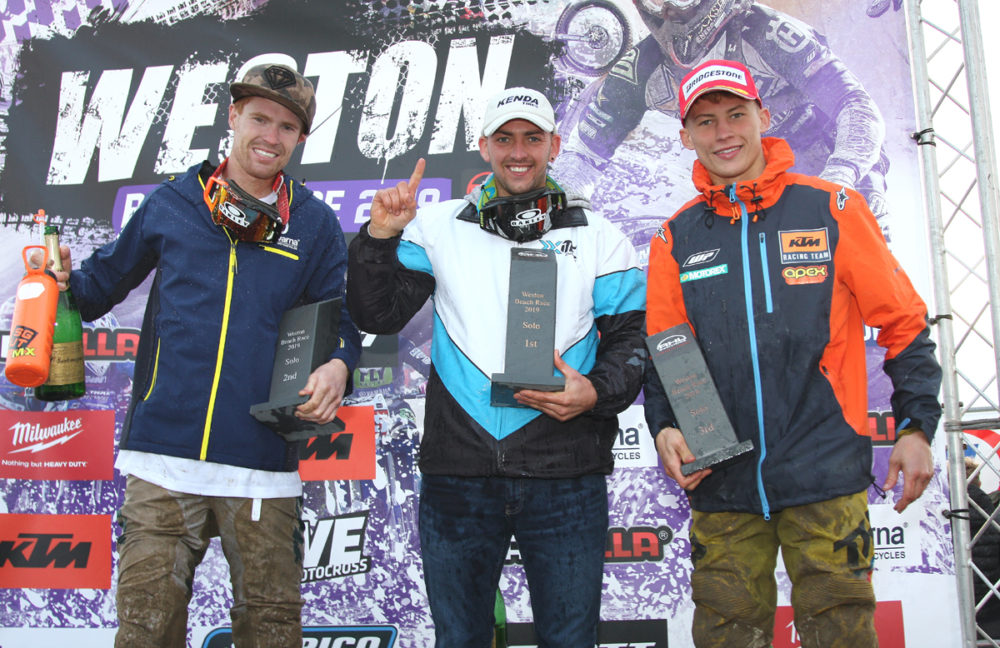 It was a memorable day on the beach with an incredible atmosphere joining the usual bonkers racing, carnage and entertainment that the Weston Beach Race Adult Solo race annually brings. Wainwright and Greedy both clinched superb starts, with Wainwright leading the first lap in front of the thousands of spectators that lined the beach to enjoy the action of the 937 riders tackling the gruelling dune course.

Mel Pocock picked his way through the front-runners to take the lead early on and went on to extend a comfortable advantage. The 27-year-old looked to be in control of the three-hour race leading into his first pit stop. However, his refuelling did not go to plan and that left him in trouble with a hard-charging Greedy closing him down. In the final hour of the race, after the second pit stop, Greedy took the lead. There was no looking back for the 29-year-old from Rhondda, South Wales as he maintained a solid pace and Pocock was unable to make up the time he lost while re-fuelling. 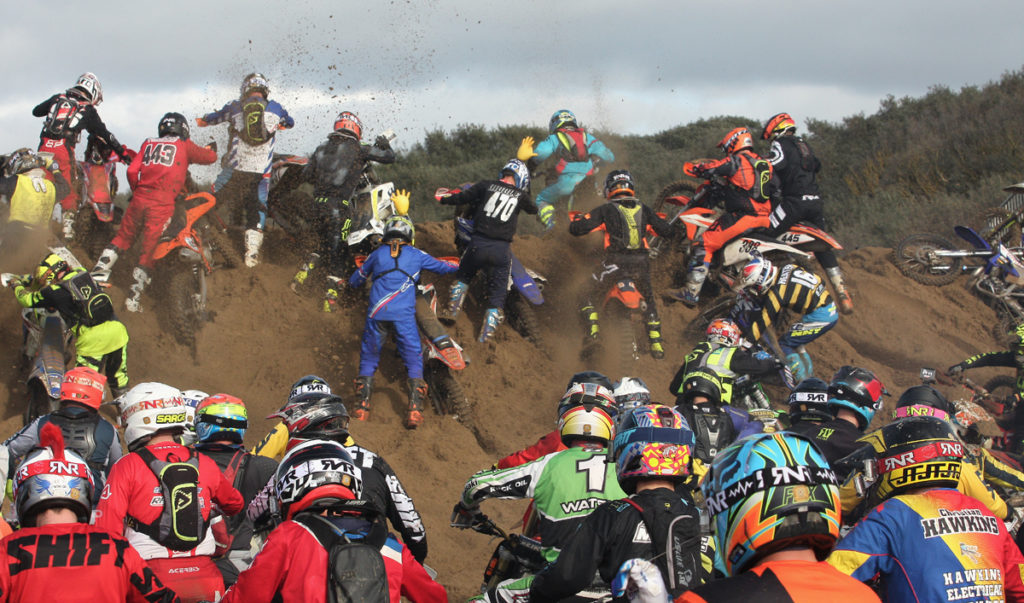 Greedy was ecstatic to have made his mark in Weston Beach Race’s history by going one better than last year and taking the victory at his 10th attempt. Former European Motocross Champion Pocock clinched second position and his first podium in only his second appearance at the ultra-tough Weston Beach Race. Leicestershire’s Wainwright rode a solid race and the 21-year-old was able to hold off a hard-charging Billy Bolt to claim third. Billy Bolt recovered from an issue at the start to eventually place fourth. Jamie Law was fifth, with six-time Weston Beach Race winner David Knight MBE enjoying a solid performance to take sixth place and a win in the Over 40’s category. 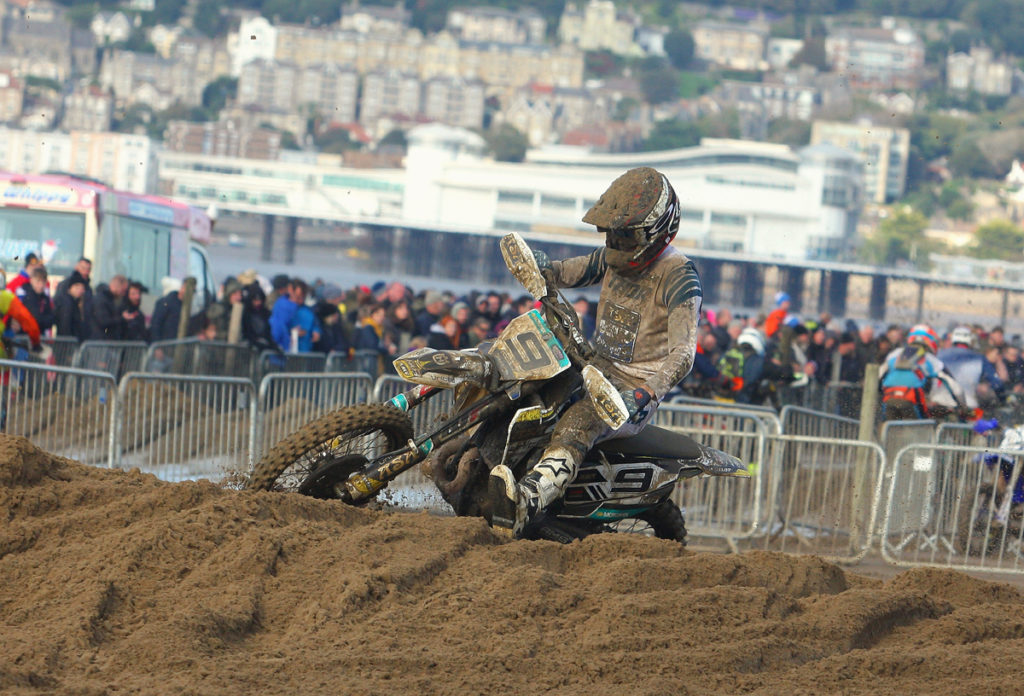 Mel Pocock finished second after leading in the early stages

“I had a really good start and I was second at the gate on the beach with Billy (Bolt), but his bike had an issue, so I got out of the gate around him and I was about fourth over that first dune. I got to the bottom of the straight and I was somewhere close to the front with Jamie (Wainwright). In the first lap I dropped back a bit when I got stuck on one of the dunes, but I came over the line in third and got my head down. I then worked on getting a clean second lap as that’s the important one, where you hit all the traffic. I had some super pit stops with all of my family there and we all knew what we were doing. On the second pit stop I came in behind Mel, but when I was on the way back out he was still off the bike and I knew that was it, it was my race. I’m ecstatic to have the win; I’ve raced here around 10 times with a big variety of results, and now I’ve got the win, which is special. Every time I’ve come here, well it’s such a big event, I’ve always wanted to win it and I was a bit emotional – I was coming to the end thinking ‘I’ve got this, I’ve got this, I’ve got this’ then I crashed two laps from the end and was in all of the water. I got up absolutely soaking wet and thought I might have just thrown it away, but I carried on and we got it done. I’m ecstatic.” 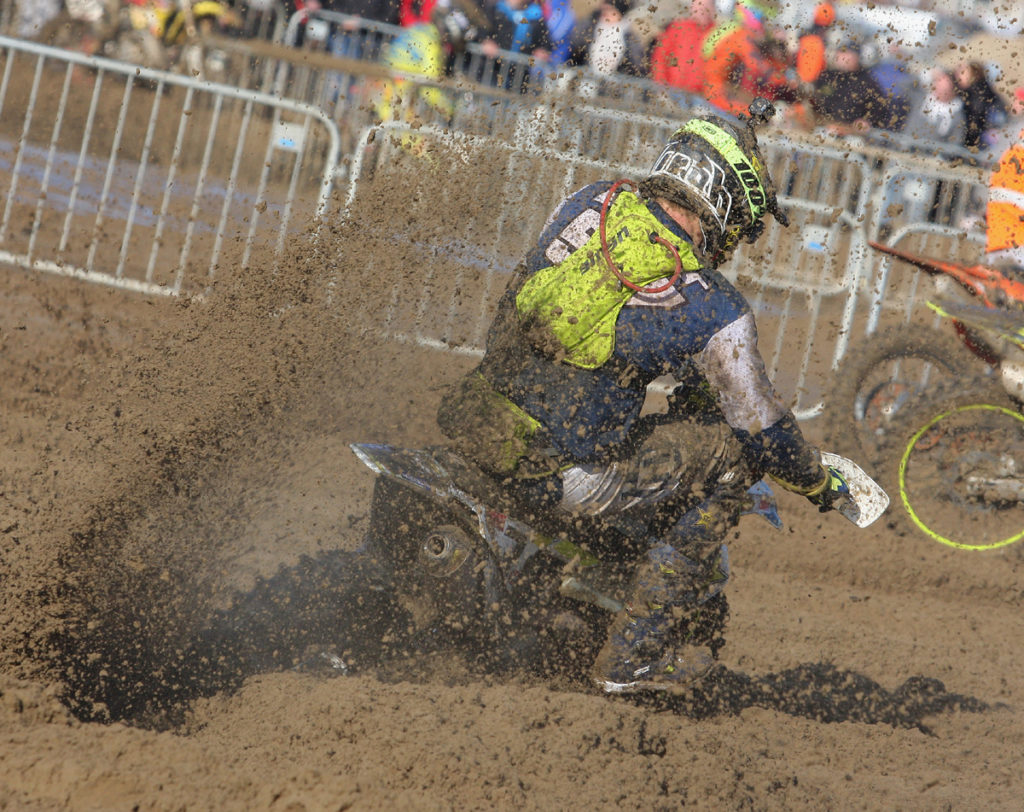 “I didn’t get the best of starts and I was about 10th going up the straight. As we began clearing the first few dunes, I started picking off some of the others and found myself in front. I knew I had to get the hammer down after that and things were going really good, right up to the first pit stop, as I had managed to open out quite a good advantage. Coming out of the pits and into the next lap it was clear I had lost a lot of time. We were running a 12-litre tank so we can definitely improve on that next year and also how we’re actually getting the fuel into it. Going into the second half of the race I was riding really strong, my Husqvarna FC 450 didn’t miss a beat – I was giving it hell out there. Unfortunately, with about an hour to go I had pretty much lost both my front and rear brakes. I kept my head down but it was tough to maintain the pace. Obviously, I’m disappointed with second but I have to be happy with my performance, especially as I had only done one afternoon on that new bike before the race. Fair play to the RHL team as they built an amazing track once again and it was seriously tough out there. So, second place is an improvement on last year, but for 2020 I’ll definitely be back and aiming for that top step.” 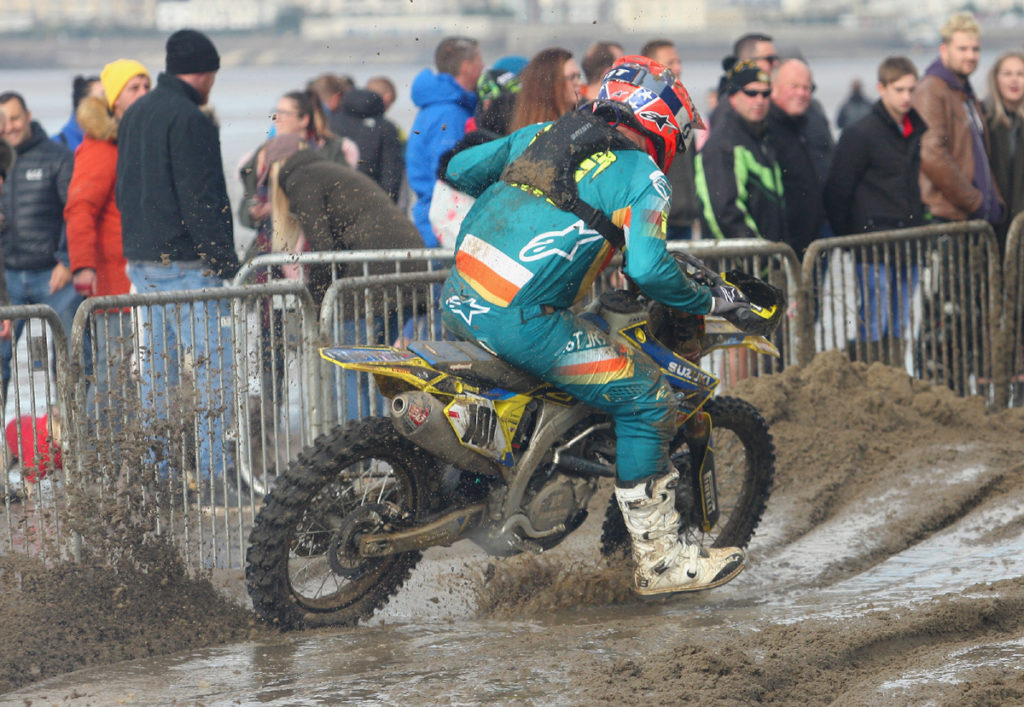 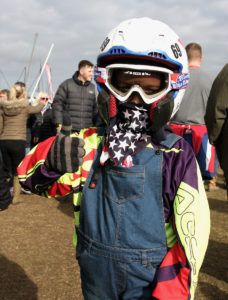 “I was hoping for a top five here at the Weston Beach Race this weekend, but to get third – well, I’m just speechless to be honest. My race was good – I was second to Ashley (Greedy), but I led the first lap, which was scary with so many people watching yet at the same time amazing too. I then just tried to follow Mel (Pocock) and Ashley. Conditions were good at the start, but it got trickier as the race went on; the top end was the hardest part, as it was full of deep, black ruts and it was tough. It’s great to be topping off a good season with a podium here – there’s some really good lads here and it’s tough to be racing against them. My second pit stop was a little slow as I had an issue with the top for the tank, but apart from that my pit crew were great and I had my family here. It got quite close at the end with Billy (Bolt) as he was just 30 or 40 seconds behind, but I just kept my head down.”

“I had a decent start inside the top 10. I had a few issues with the bike, but I got into a good rhythm really, although I had a few sketchy moments nearly going over the handlebars in a few places, so I just tried to be smooth, up on the pegs and I just ran at a good pace. I came into the pits and they said I was fourth – I thought ‘that’s alright’ and then an hour and a half in I had a few issues. I got out of sync a bit, but I’m really happy. I couldn’t have done any more today – I was just riding comfortably, I had two good pit stops and I just thought I’d see what happens. I enjoyed it, I rode quite carefully, but top six is good – that was the goal. I knew maybe if a few dropped out a podium was in reach but I’m happy with the result.” 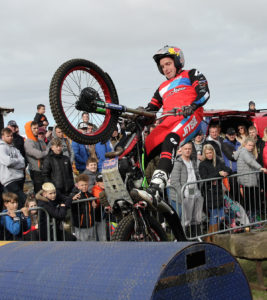 “Firstly, congratulations to Ashley and all of our 2019 Weston Beach Race winners – the racing has been amazing, and it’s been a fantastic weekend. From a course perspective I think we got the track right this year with the plans we put in place. Ronnie (Mac) is a bit upset about his fuel issue with his bike, but he’s desperate to come back next year and maybe he’ll return to get that win he’s been talking about. When it comes to attendance and the overall event, well it’s been absolutely amazing; it’s got to be one of the biggest ones we’ve ever done. We’ve had a lot of positive feedback so far, especially from the riders about how well the track was flowing. Now we’ve got to work on how we’ll top it for next year and make the event even better for the many families and spectators that were here – as always, we’ll break the event apart in our debriefs and work on that for 2020. I’d personally like to thank our sponsors, the industry, our traders, displays, staff and everyone that made this year a special one and of course the spectators for making the Weston Beach Race an amazing weekend.”

>>For the Full Results go here>>https://www.dirthub.co.uk/weston-beach-race-2019-main-race-full-results/ 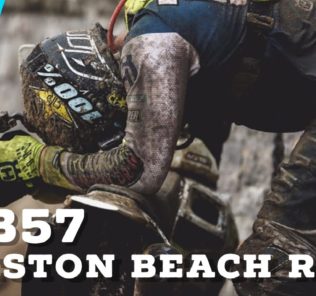 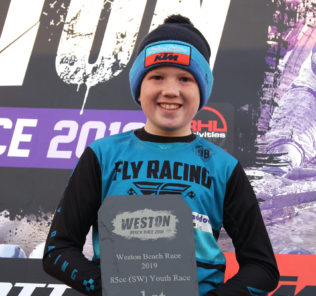 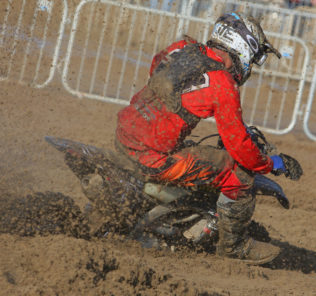