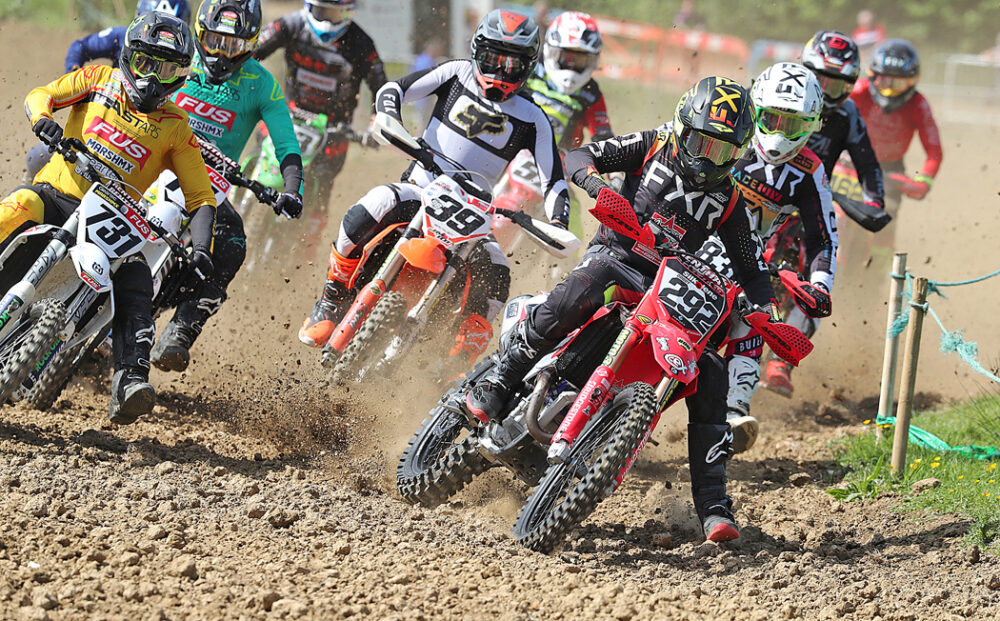 Unfortunately due to tragic circumstances which saw Vets rider Shaun Willis lose his life following a non-racing related incident, round two of the AMCA British Motocross Championship sponsored by Dunlop and held at Brookthorpe was rightly abandoned on Saturday. Everyone at the AMCA and fellow riders are deeply shocked by his untimely passing and would like to express their sincere sympathies to Shaun’s family.

That very sad tragedy came after one block of racing had been completed for all classes except the 125cc boys who had managed two moto’s. Indeed it was the 125cc boys who got the action underway on Saturday and Kristian Whatley the winner at round one started in great form. After topping qualifying, the former ACU British Champion then led moto one from start to finish. Although Kristian raced clear, the action behind though was red-hot as Chris Povey held 2nd but was coming under heavy pressure from initially Matt Bayliss then also the hard charging Luke Dean. Eventually both lads managed to pass Chris with Bayliss then chasing the winner all the way to the flag. Despite riding with rib injuries, Danny Lanfear had a great ride to earn 5th just ahead of Jordan Wright who was having his first outing on a new Fantic machine. Not so fortunate was Matt Ridgway who after holding a strong 4th in the early stages then crashed, eventually finishing 22nd. 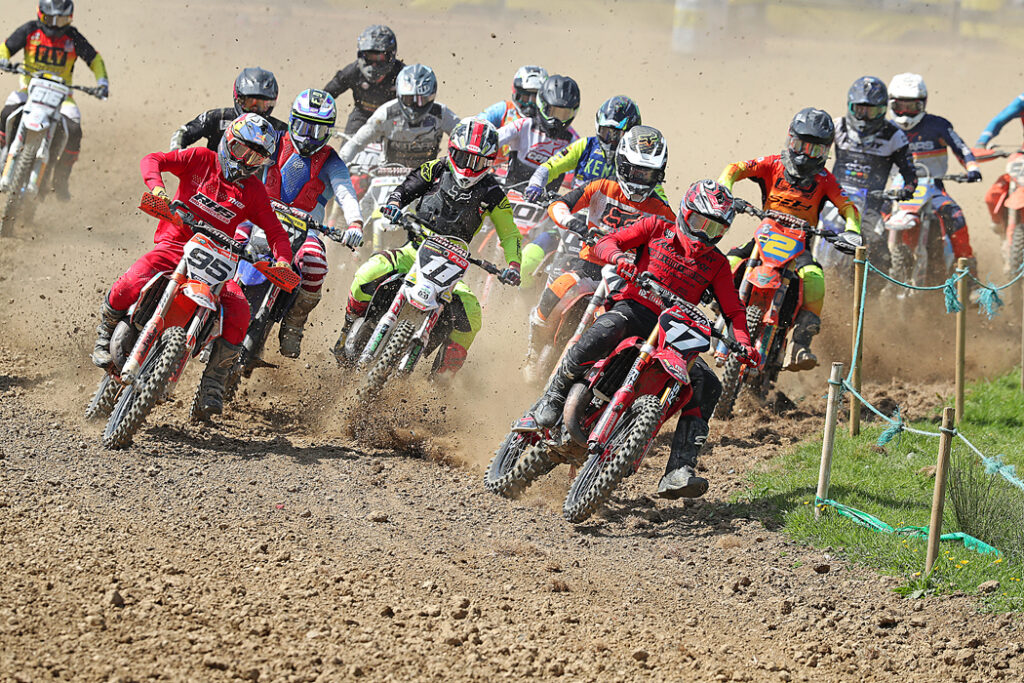 In 125cc moto two, Bayliss grabbed the holeshot and led for a couple of laps before Whatley found a way through. For the remainder of the contest, Bayliss chased hard but could not prevent Kristian from making it a double. ‘Fast’ Chris Povey despite earlier swapping positions with Lanfear was to eventually get home 3rd as Lanfear had to settle for 5th. Really dialled into his 125cc Fantic, Dean was having another fantastic ride, coming through from 11th and earn 4th. Also having another fine outing was young Louis Vincent as Wright, Kieran Cooke, Harrison McCann and Jordan Ridgway completed the top ten. One rider not having such a productive day though was Joel Fisher. In the top three overall at Culham during round one, Joel had injured his shoulder the previous week at Lyng and had to settle for just a 10th placing in moto one this time around. 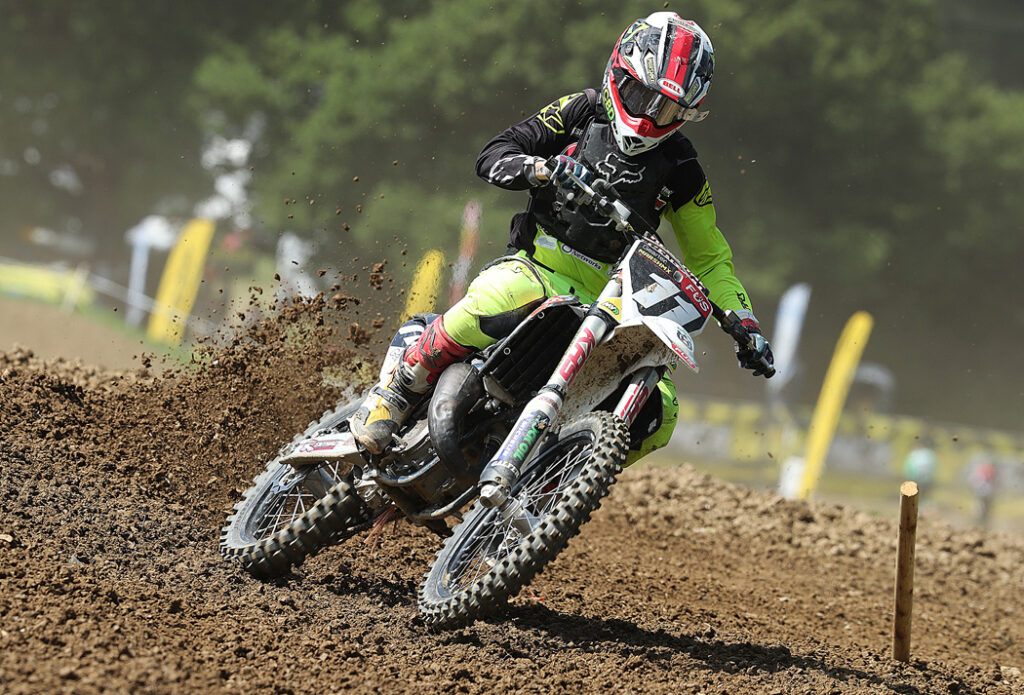 There was no doubting the winner of the only MX2 race completed at Brookthorpe as reigning Champion Shane Carless led from gate to flag in style. In the early stages, Henry Williams had held 2nd but was under tremendous pressure from Tommy Alba who had switched from 250F to 250cc 2T power. Early on Jack Timms, Lee Truman and Adam Cook were also holding strong top six positions before slipping down. Moving in the opposite direction though was the all-action Rory Jones and experienced campaigner Ray Rowson. At the front, Alba got past Williams who then also lost 3rd on the final lap to Jones. On completion, Rowson took 5th with Corey Hockey, Timms, Truman, Harry Linton and Jimmy Margetson next up. 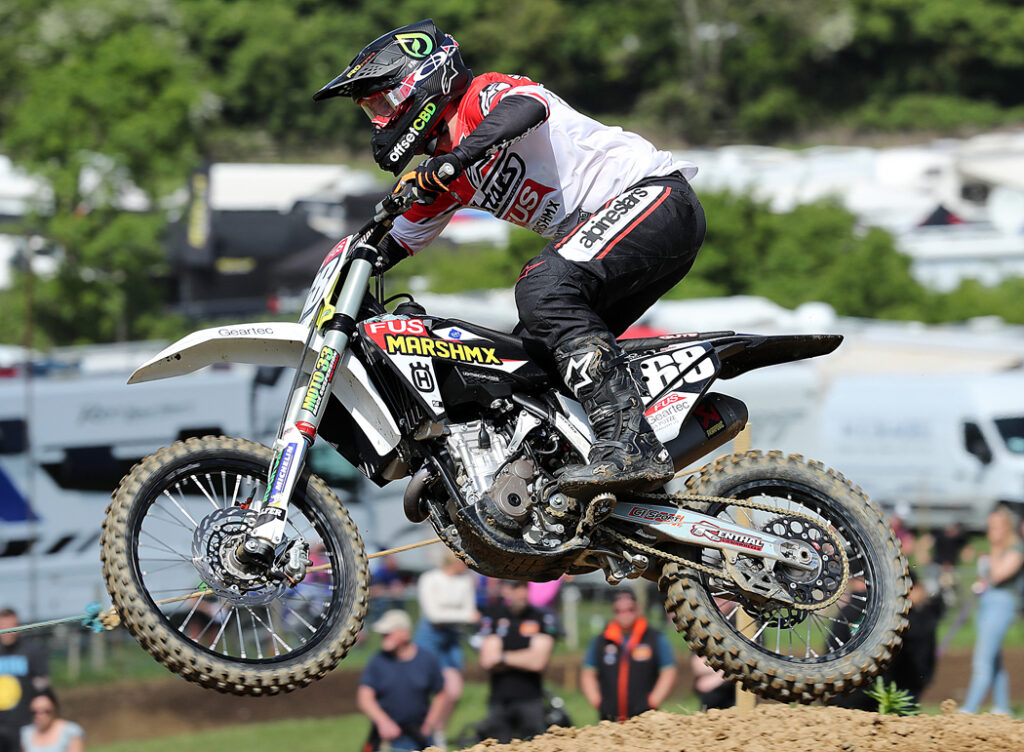 In a super MX1 contest, James Dodd got the holeshot before being passed on lap one by Jake Shipton. For the next three laps, Jake led the way before then being overhauled by his hungry challengers as Dodd moved back into pole position. The focus now though was on Luke Burton who was really charging hard after gating in 5th he then came all the way through to become the new race leader on lap five. Not to be denied though Dodd refused to throw the towel in and really pushed Burton the multiple AMCA Champion all the way to the chequered flag. Taking a solid 3rd was Josh Waterman who earlier had lost a couple of places when going off the track as Ashley Greedy the defending MX1 Champion got home in 4th. Taking the next three places in what was a frantic encounter were Mark Young, Shipton and Adam Wells. 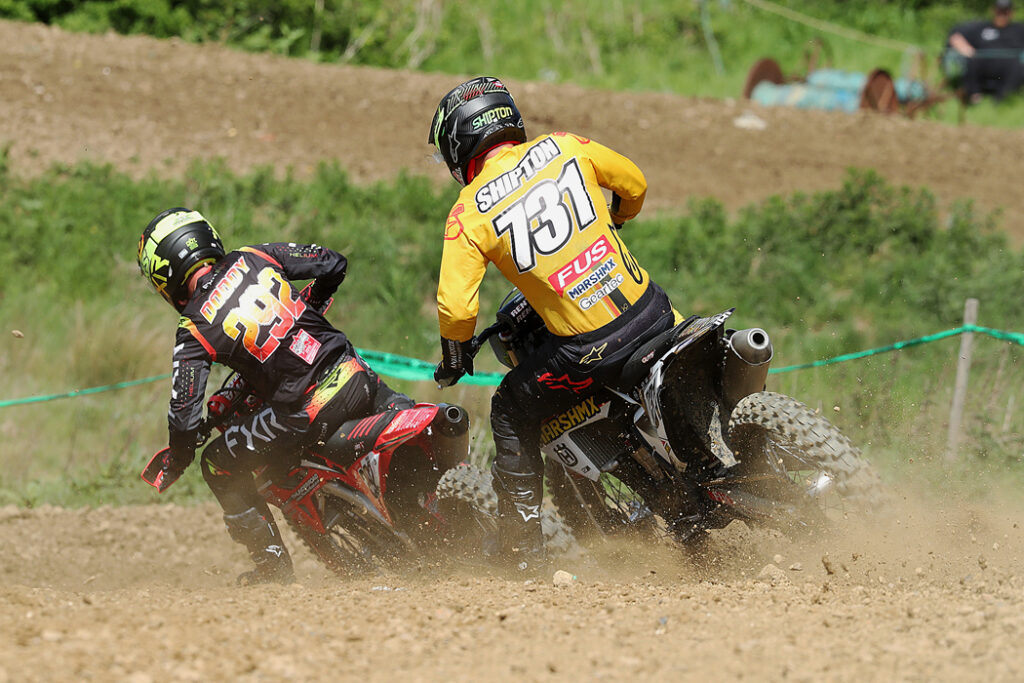 After a very impressive showing at round one in the Vets class aboard a tiny 2T KTM, Shane Holmes arrived at Brookthorpe armed with a big four-banger Yamaha, and he was certainly going to take full advantage of that increase in horsepower! The only Vets moto completed was to produce a classic scrap as Gary Davies led the way before being sucked into a four-way battle which also featured Phil Mercer, Holmes and Jamie Powell. After Davies had lost his early advantage, Mercer then took control for three laps only for Holmes to come storming past with just a couple of circuits remaining. In a race to the chequered flag, Holmes took full advantage of a slightly more clearer route past backmarkers to thus take the win by the very narrowest of margins. Initial pacesetter Davies was to bag 3rd after finally seeing off a stubborn Powell who then dropped down to finish 6th. Producing a strong ride, James Lane had made serious progress in this one earning 4th. This Vets moto featured two lads who had previously completed hundreds of laps on the Brookthorpe circuit during the golden years of the Severn Valley SSC. Showing that they have not lost any of the old style and speed, Rob Lewis took 5th and Tim Truman 8th. 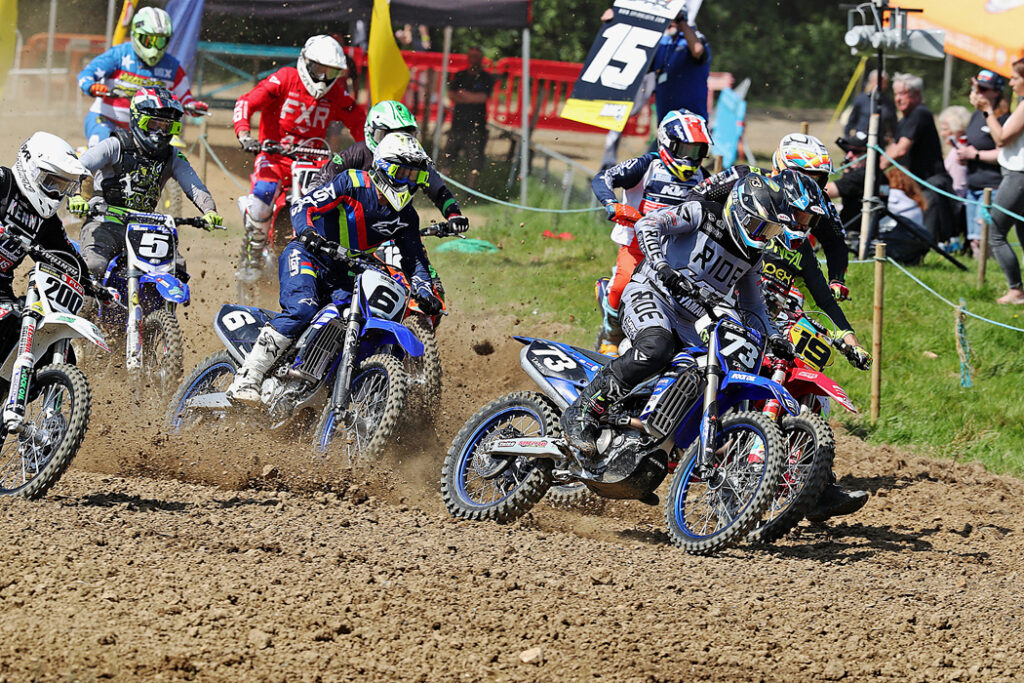 During round one at Culham, Ollie Bubb was a comfortable winner of the Youth 85cc class but in the very early stages of round two at the weekend, he found himself with a little bit of work to do! Oakley Kettle had grabbed the holeshot with Bubb initially down in 4th. However before the completion of that frantic opening lap Bubb had already hit the front and there he remained. Kettle after starting strongly was to eventually drop to 4th overhauled by Jack Evans and Wyatt McGregor. 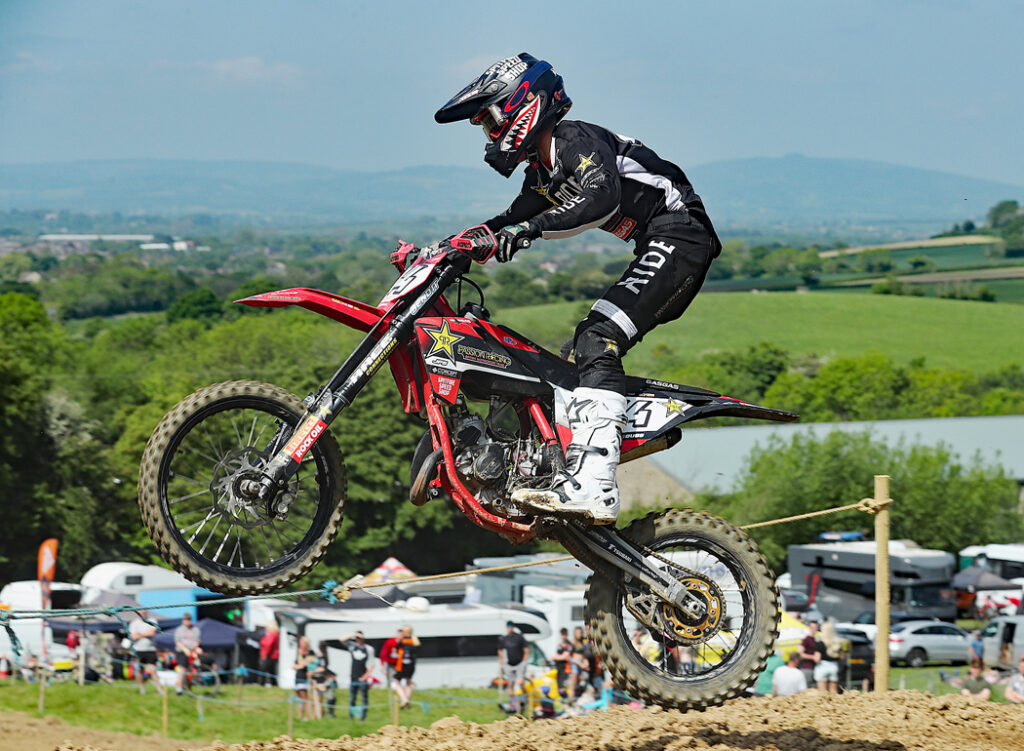 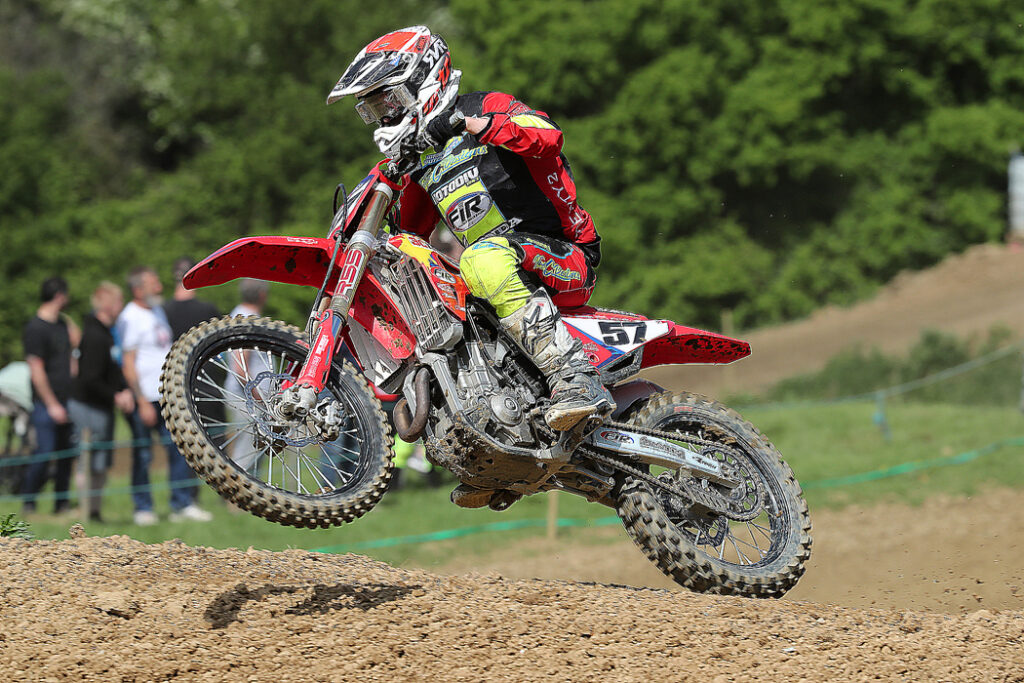 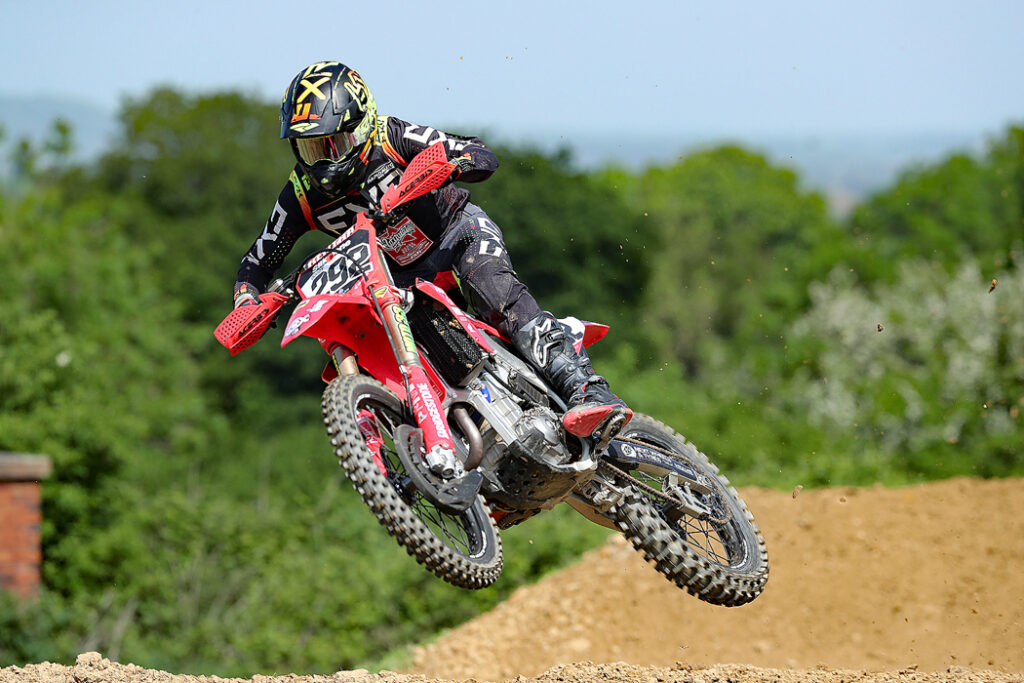 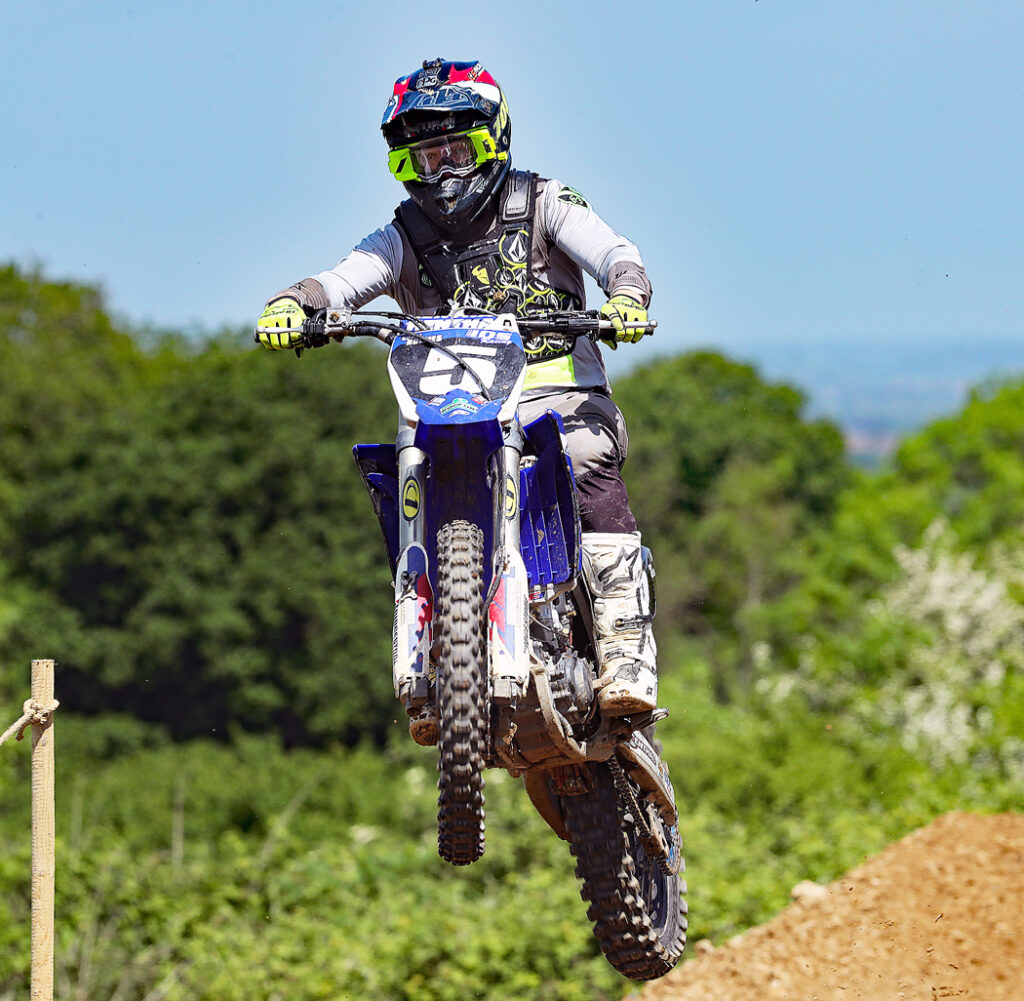 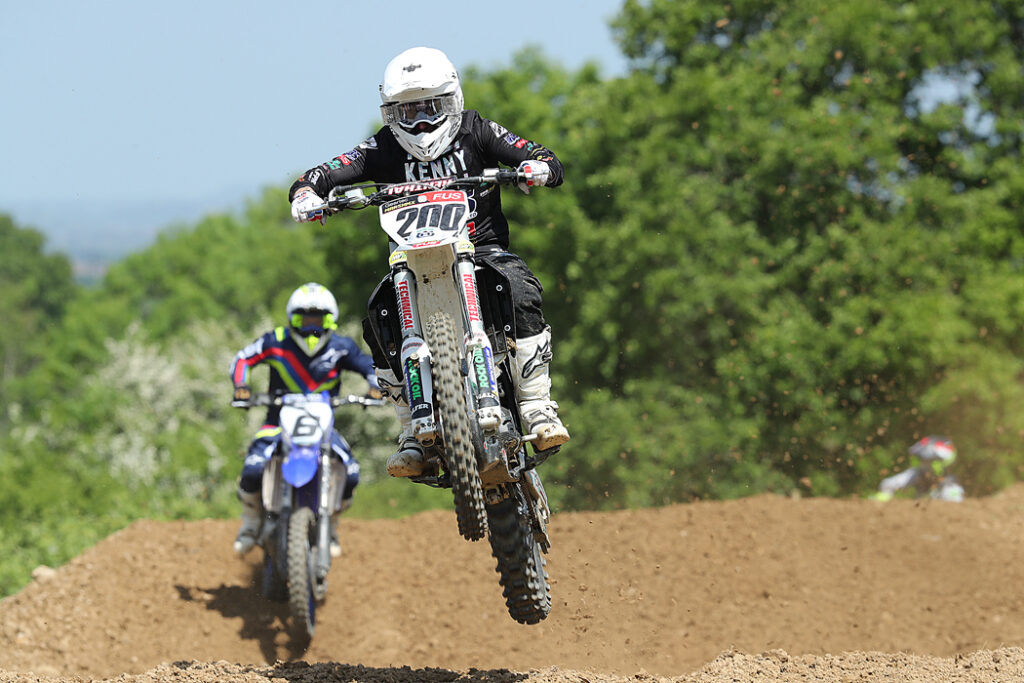 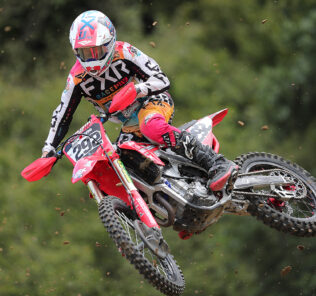 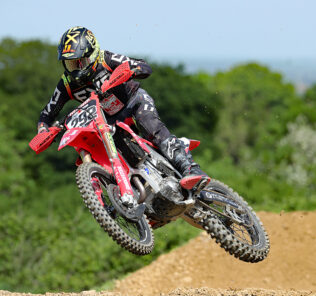 Who will do the winning at Warmingham? 2022 AMCA British Motocross Championship Round 3 – Preview
Read More 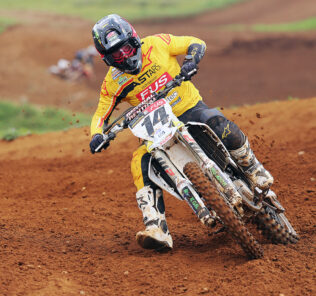 What the riders had to say! 2022 AMCA British Motocross Championship Round 1

FOX V3RS Helmet Fully Approved By The ACU
Next