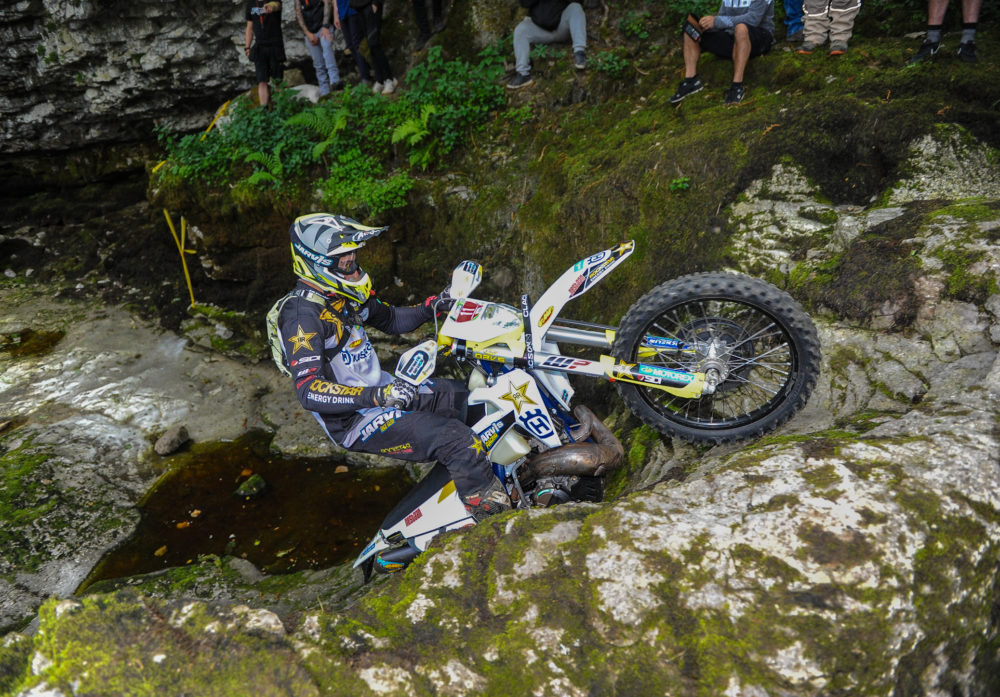 Wayne Braybrook has a wealth of Extreme Enduro knowledge from first-hand experience. The latest high-end Extreme Race from RAW Enduro raised the bar for UK Extreme races, as Litton in West Yorkshire provided unrivalled terrain for a Battle Royale in all classes. 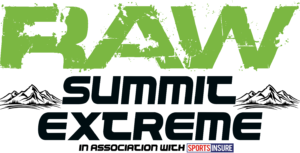 After over a month of Wayne Braybrook test riding the terrain, GPS routes of the course plan, GO Pro footage filming, creating routes through virgin terrain, the end result was a two and a half hour Extreme race in a simply stunning location, made up of Limestone riverbeds, waterfalls, super steep climbs and jaw-dropping descents and trails around the Yorkshire Dales valleys.

Setting a blistering pace around the first lap, a top class line up of UK Extreme Pro riders were setting the spectators expectations on fire by showing off great skills and speed. Running up front Jarvis Husqvarna rider Jono Richardson is no stranger to this kind of terrain, with Beta UK Mounted Jack Spencer hot on his heels the pair traded places around the super-tough track. At the one and a half hour Mark, Clerk of the Course Wayne Braybrook opened the “Twister Loop” an insane uphill section which all Pro and Expert riders had to complete once.

Impossible to ride straight up, all riders had to cross the valley side at least 5 times to reach the Summit, lots of lifting and pushing in true Extreme enduro fashion. Richard Moorhouse benefitted most from the Twister, as his accent was the fastest of the day completing it in P2, an unfortunate Chain Guide breakage on his Sherco hampered his progress in the final stages of the race meaning he missed the extra lap. At the Flag, Jono Richardson took a five-minute winning margin from Jack Spencer in second, with Mitch Brightmore and Keelan Hancock separated by just 25 seconds at the flag. Brightmore finding the final step of the podium for his efforts on the day.

In the Expert Class, James Allen was the only expert to complete 8 laps taking the class win. Reece Gazzard made the trip across the water well worthwhile while grabbing a cool runner up place for his efforts. Richard Hawes always has been a fan of tougher events, his Clubman Vets win on 5 laps completed was impressive. Darren Hayes was P2 with Paul Westgarth refusing to wait at the flag completing 4 laps in three hours twenty-five minutes!!! 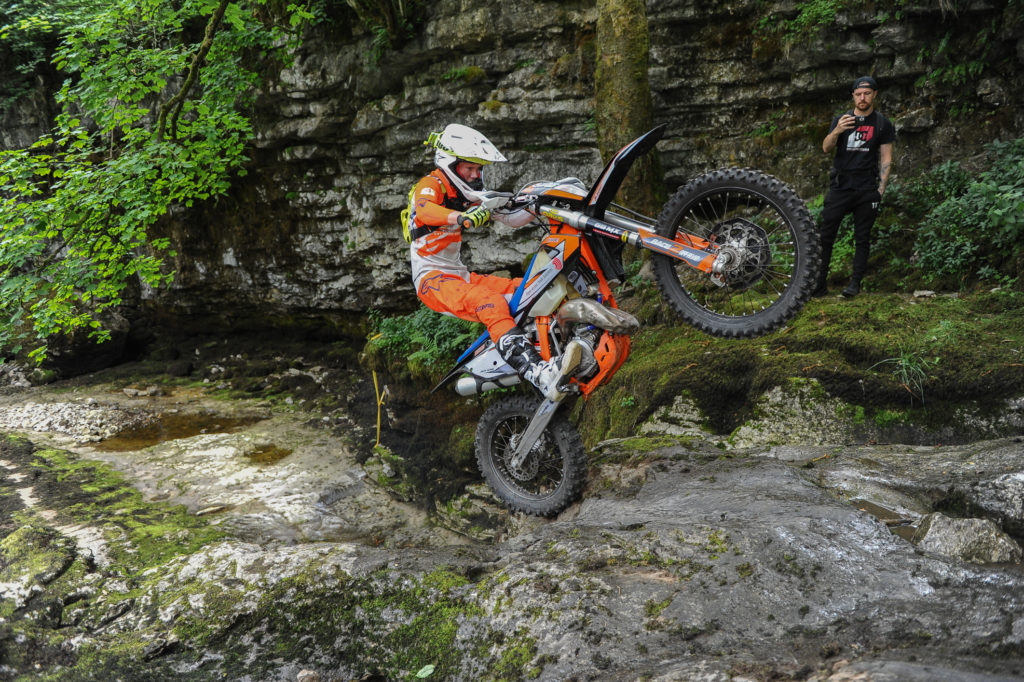 Sportsman class honours went to Ben Crowcroft who just pipped Brandon Bayliss to the flag. The Sportsman class saw only 3 DNF’s which proves the determination of these weekend Enduro warriors.

Every single inch of the 5-mile track stayed in place throughout the event, nothing cut out, or removed, this was a testament to the weeks of planning that went into this insane Extreme Enduro UK race.

The RAW Helpers and Marshals on the day had very little to do as the Zero outside help rule stayed in place. Thanks in particular to the Spectators for cheering the riders on, SportsInsure for backing the event, Special thanks to Team Steer for providing the riders Prize Money fund, and crucially the landowners who have agreed a 5 year deal with RAW Enduro for sole use, to ensure this event continues in safe hands for years to come.

RAW Summit Extreme Enduro… An expedition to the future…. 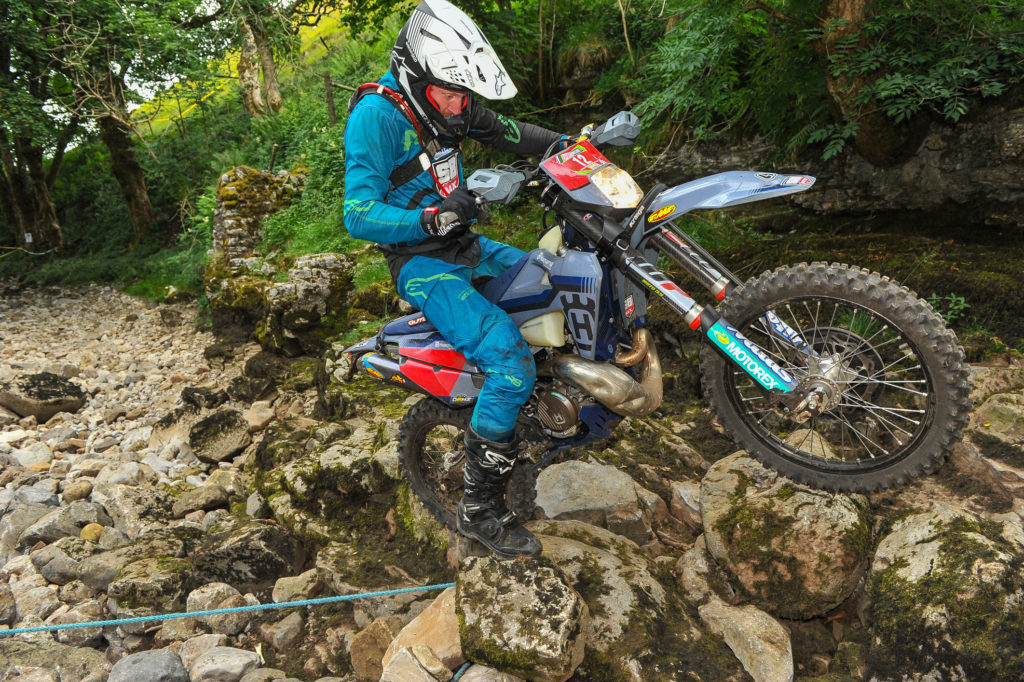 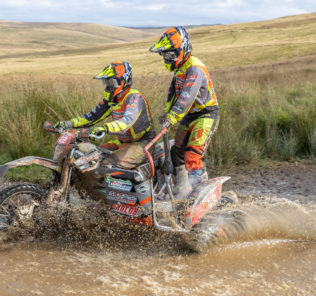 RHR Yamaha battered and bruised at Canada Heights
Next