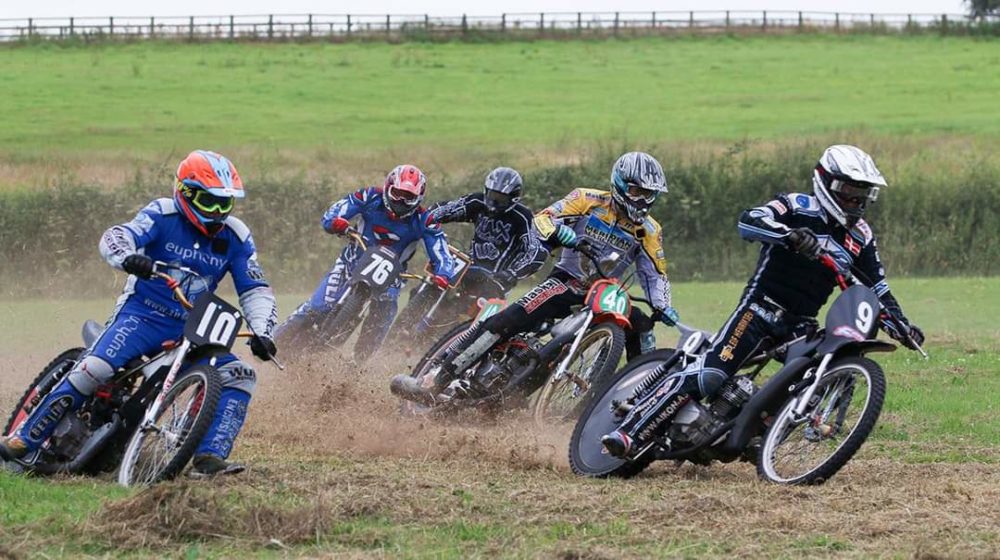 Jake Breeze stormed to A final glory and the Jonathon Rodgers Memorial trophy, in the Senior class at the third round of the Formula Grasstrack Association’s 2021 championship. But veteran Wayne Broadhurst would take 1st place points for the championship, continuing his great form.

Although there was a smaller than normal entry in all classes, the racing was fantastic in the Cheshire Sunshine. Broadhurst would go unbeaten in the heats to take 1st pick of gates in the A final, 2nd place went to the returning David Meredith. Meredith showed his true class, having to cut his was through the field in some races after bad starts. Jake Breeze took 3rd overall, the Shropshire youngster took 3 wins on his way to the final. Steve Mace Tied with Andy Binns on points for 4th and would do battle in the final to decide who would take the 4th place overall. Andrew Rowson continued to impress, with a consistent meeting taking 6th with Rob perks and Kevin Gwilliam tying on points to complete the A final. 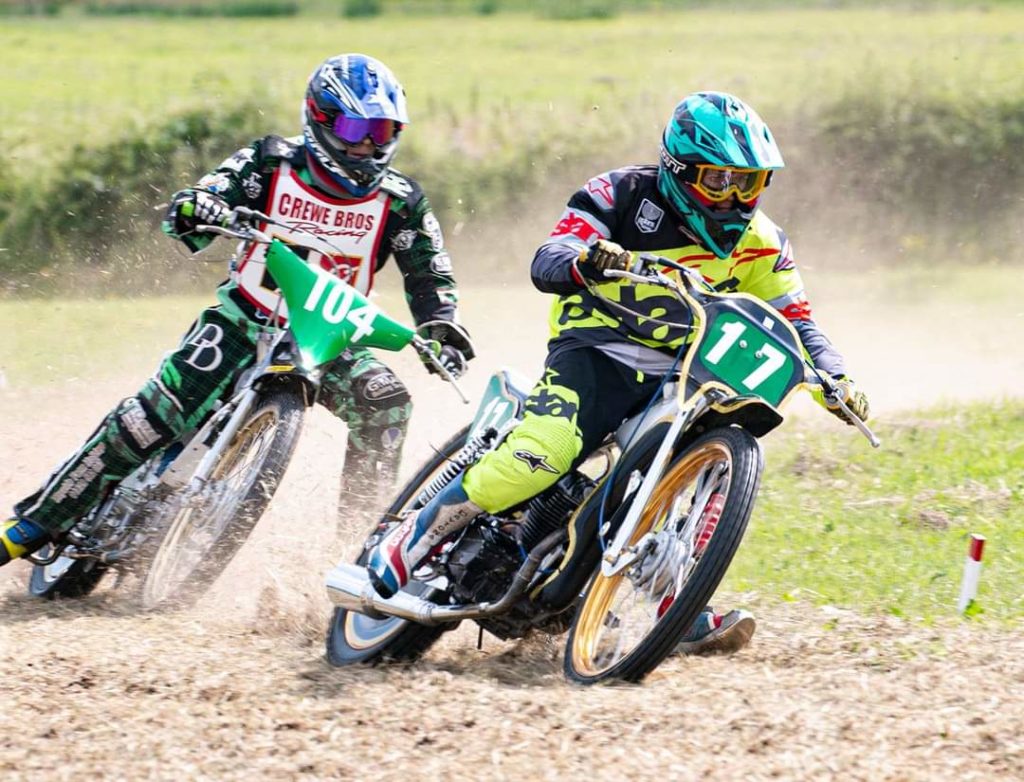 As the Tapes went up on the Final race of the day, Breeze made a lightning start to lead into turn one, Broadhurst and Meredith were slow away and would give chase but there was no catching the Shropshire racer, and when Broadhurst’s machine expired on lap 3 whilst battling with Meredith, it was Breeze who took the silverware! Meredith 2nd and Rowson finishing a superb 3rd. Mace would claim 4th to take 4th overall and Kevin Gwillam took 5th and 7th overall. Andy Binns rounding out the 6 finishers in the Final. Perks was a victim of a close first corner, sliding off and out of the race.

In the Juniors, It looked like Gino Casale was going to continue his maximum run, taking 4 wins in the opening 4 heats but Joe Crewe made a fight of it in the 5th leg, battling and leading Casale over the line. In the last leg, Casale would crash out of the race on the 2nd lap whilst chasing the fast-gating Crewe, Gifting the Brierley Hill rider victory on the day. Dylan Wassall rode consistently to 3rd place. 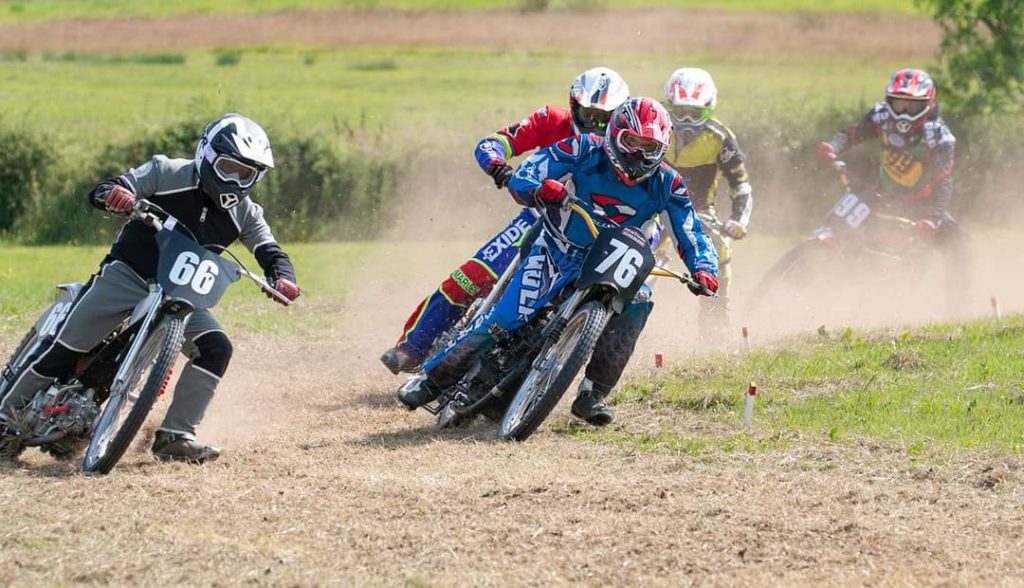 In the Cubs, Winsford’s Naythan Kukla took victory in only his 2nd meeting and Newcomer to the FGA, Logan Price took 2nd with Harry Fletcher 3rd despite mechanical gremlins in two rides.

Highlights of the day was the returning Mick Jones who start well with a race win over David Meredith followed by and 2nd place, but the FGA veteran was struggling with fitness due to recovering from a sickness bug in the week and had to withdraw from the event. 89 year old Mike Flynn mad the scoresheet with 4 points and would of scored more had it not been for mechanical gremlins. Newcomer Bruce Mills took a B final victory in the seniors, improving with every ride.

The FGA season moves south to Alveley for round 4 on 21st August. More information via the Formula Grasstrack facebook page or email office@formulagrasstrack.com 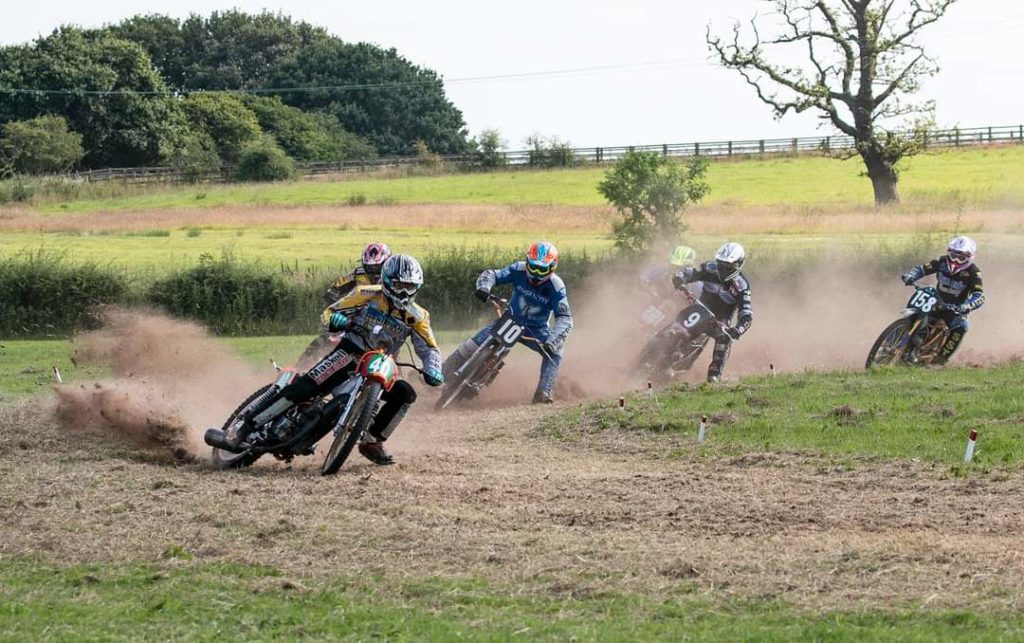 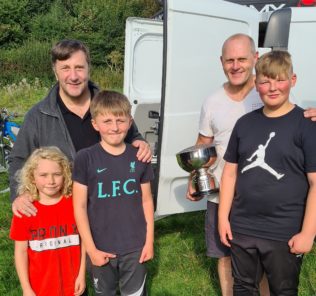 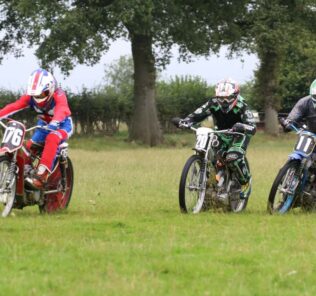 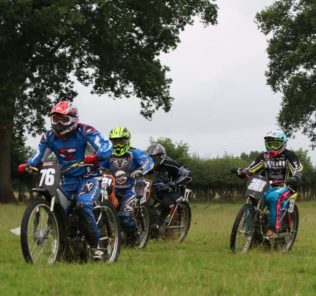 The return of the Adams! Formula Grasstrack Championship Round 4 – Preview
Read More

RHR Yamaha battered and bruised at Canada Heights
Be Social…