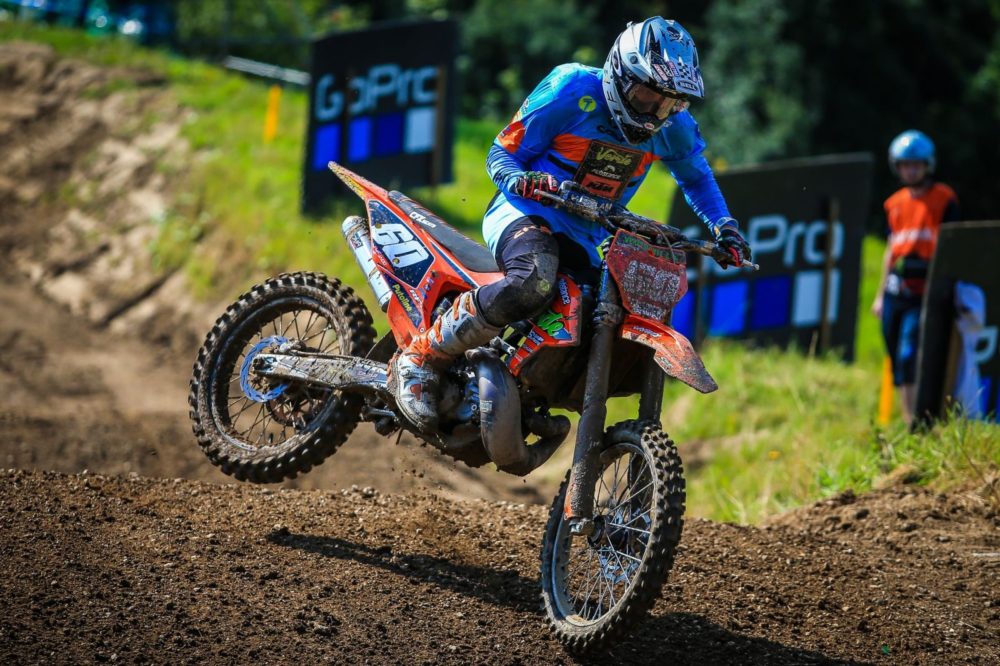 The first part of the weekend’s races in Loket have concluded with victories by Simon Jost in the EMX Open category and Maximilian Spies of Fantic Factory Team Maddii in EMX2t Presented by FMF Racing.

In the first heat of the EMX2t Presented by FMF Racing it was Fantic Factory Team Maddii’s Federico Tuani who got a great start though immediately crashed which allowed the defending champion, Brad Anderson of Verde Substance KTM to take the lead.

Anderson was the rider in front, as Maximilian Spies of Fantic Factory Team Maddii got around Jonas Nedved for second, while Tuani was fighting back from the back.

Spies then caught up with Anderson and was looking faster than the leader. The German made several attempts to pass the Brit, though Anderson was quick to shut the door. The Verde Substance KTM rider did a good job to defend the lead for eight laps, until Spies was able to get the drive and pass for the lead.

Spies then opened a gap to Anderson, as Tuani was making great progress through the field to get into fifth.

By the end of the race Anderson was looking like he got second wind as he picked up the pace, but a mistake with a few laps to go put him out of contention for the race win as Spies crossed the finish line to take his first race win. Anderson was second and Nedved third with Tuani making a recovery up to fourth.

The second race saw Nedved out in front into the first corner, though Spies was quick to jump into first place. Anderson then took third from Putnam, as Tuani moved into fourth place.

Anderson then made a swift move into second place, as Tuani made the most of this opportunity himself, to catch Nedved off-guard and get himself into third. 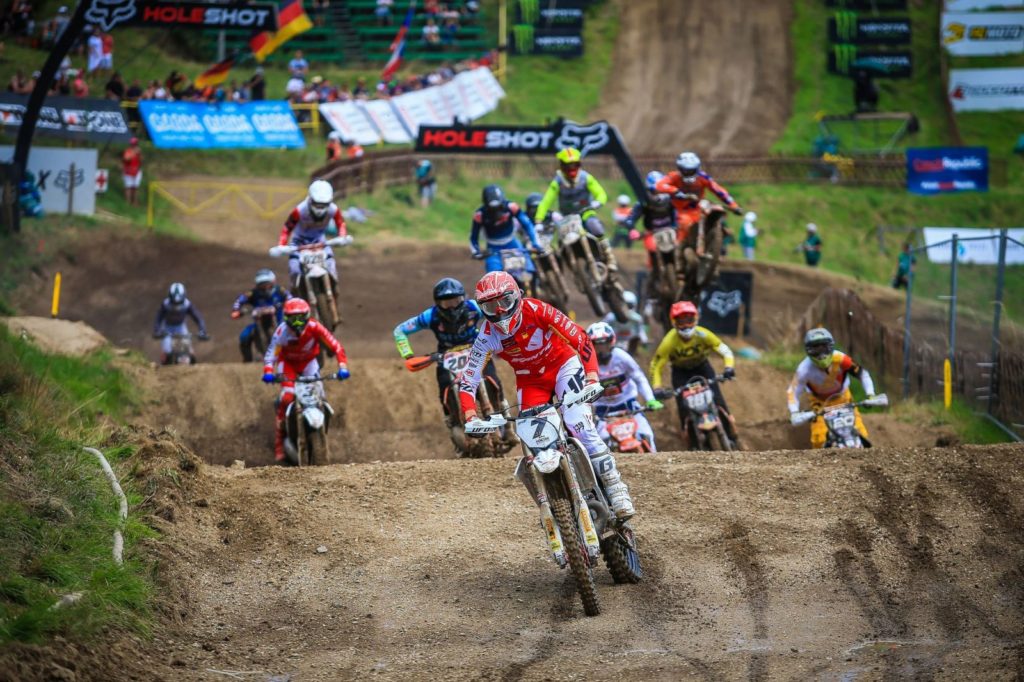 Tuani then set his sights on Anderson, passing the Brit on lap three. As he then looked for an opportunity to close in on his teammate for the win.

Spies led the way until the end of the race, edging out lap by lap, but towards the later stages of the race Tuani was able to get the gap down to 2.238 seconds as Spies won, Tuani was second and Anderson third.

The podium saw Spies take his first EMX victory, with Anderson finishing second overall and Tuani third. This is exactly how the championship standings look right now, with Spies leading on 50 points, with Anderson second with 41 and Tuani with 40.

Maximilian Spies: “Finally I feel confident again after the injury I had in the last race of 2020 season in Trentino and now finally I feel confident and fast again. In race one I had a nice fight with Anderson, he’s really experienced so fighting with him was hard but in the end, I was able to pass him, get my speed and go for the win. Race two was easier and I was able to win without too much pressure. Now I’ll focus only on the EMX2T Presented by FMF racing Championship. I’m really looking forward to racing in Lommel and I hope to win again also there”.

Brad Anderson: “It has been a really difficult weekend, I struggled with the track for all day, luckily we’ll be in Lommel next week and I’m really looking forward to go there and fight in the sand with those guys. I want to thank all my sponsors and Verde Substance KTM for the support”.

Federico Tuani: “Overall it was a good day for me because I’m on the podium. In the first race I got the holeshot but then I had a big crash, and it was not easy to re-group because I was last and in the end, I was able to finish fourth. In race two I was feeling more confident and after a good race I was able to finish second. I’m happy to go to Lommel next week because I really love the track and I hope to fight soon with the fastest guys. I want to thank my family, my sponsors, and my team for helping me to make it possible”.

In EMX Open race one, it was Joel Van Mechelen who got a good start, with Filippo Zonta and Simone Croci right there as well. The championship leader (at the time) Nicolas Dercourt of Honda SR Motoblouz meanwhile was down in around tenth.

Zonta then took the lead, with Croci following as well, as Dercourt dropped to 14th.

Croci then closed in on the race leader, as Davide De Bortoli and Simon Jost battled for third, with the pair exchanging positions several times over the course of the lap.

Jost then dropped to fifth as De Bortoli and Micha-Boy De Waal of No Fear/Jumbo BT Racing Team both went through on the Slovakian rider. 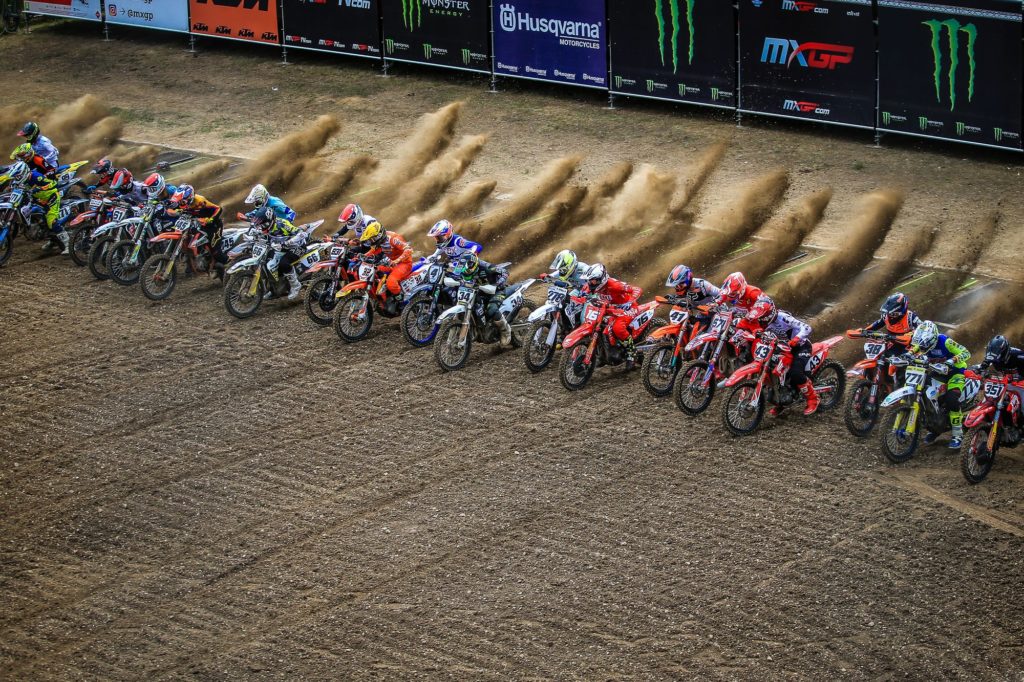 Croci then briefly took the lead from Zonta, as De Bortoli and De Waal closed in on the leaders with just over 3 seconds separating the top four.

De Bortoli then passed Croci on lap eight and was able to get Zonta as well to become the new race leader. Zonta then crashed and re-joined in fifth to eventually finish the race in fifth place ahead of Jost.

De Bortoli took the win, with De Waal and Croci second and third, as Dercourt struggled to make his way up the field and ended the race ninth.

As the gate dropped for race two, it was Zonta who led the way, as De Waal had a big crash in the second corner. Zonta carried on out front, with De Bortoli wasting no time applying the pressure onto the leader.

By lap two, De Bortoli was the new race leader, Jost started to close in on Zonta as he set his sights on second place. Meanwhile Dercourt was having a much better start to the race as he battled in 6th.

De Waal did pick himself up after the crash in the start and managed to get up and carried on for 10 laps until deciding to pull out of the race.

The attention quickly moved to the front as Zonta and Jost went at it for second. The pair had a nice battle that saw Jost go through, for Zonta to fight back immediately but eventually it was the Slovakian rider who came out on top.

With 8 minutes and 2 laps to go, the gap between De Bortoli and Jost was 3.134 seconds, but a couple of laps later we saw some drama as De Bortoli crashed out of the lead. 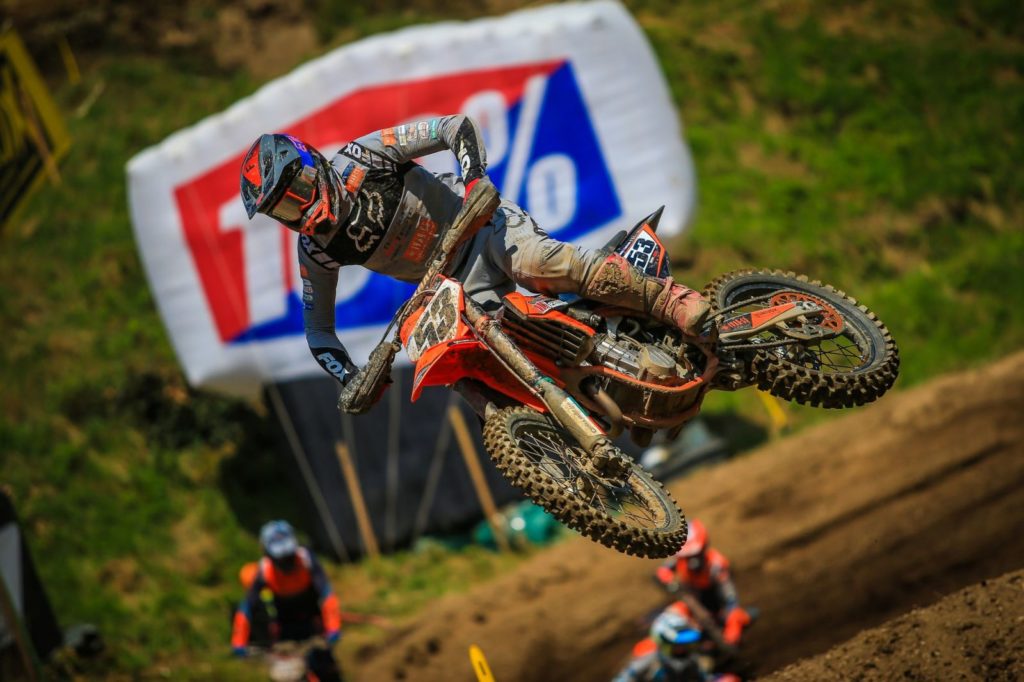 De Bortoli then crashed again to finish the race 10th, while Jost took his first ever EMX race win, with Koch second and Zonta third.

Just two rounds remain of the EMX Open Championship as the series heads to Kegums with De Bortoli leading the championship by four points over Dercourt, with Simon Croci third on 97 points.

Simon Jost: “I wasn’t expecting this result but anyway I’m feeling really good about it. I felt good the whole day. In time practice, I was fourth and in race one I had a little crash, I wasn’t able to finish where I wanted because I was only fifth. In race two, I was really struggling with my knee that is still not 100% and especially at the end of the race was hard to ride in this condition”.

Filippo Zonta: “Today I struggled a bit to find a good rhythm with my bike. In race one, I started really well with the holeshot but while I was second another rider hit me and I crashed. Anyway, I managed to come back to fourth position. In race two, I did another great start, took the holsehot, but anyway I did some mistakes and two riders passed me; despite that I was able to be third at the end of the race. Overall I’m happy because I did just two races and I’ve been both times on the podium”.

Davide De Bortoli: “I’m upset about the mistake I did in race two because I lost so many points in the championship. Today I was feeling really confident with the bike and also the speed was good so I’m happy also because I still have the red plate that I want to keep as long as I can. Latvia will not be that easy for me because is a sand track but anyway I’ll try to do my best, be there and fight for the win”. 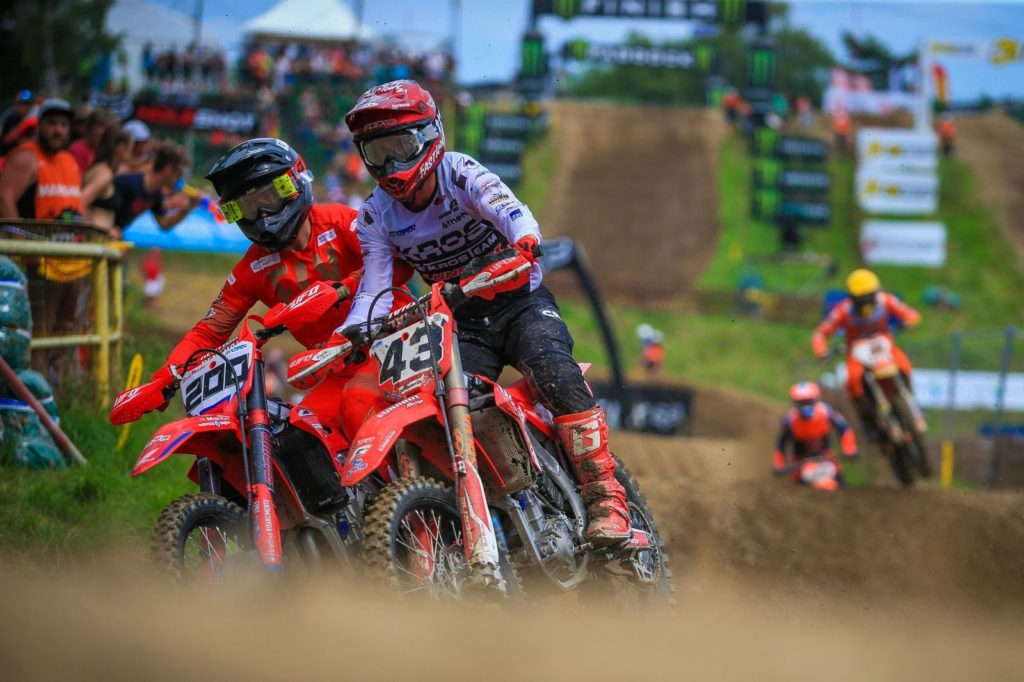 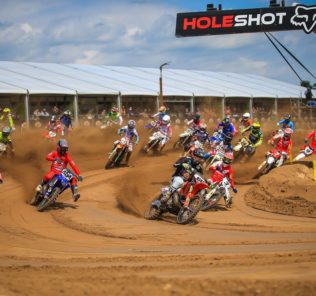 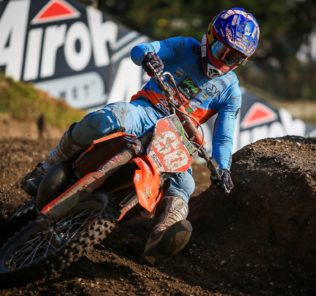 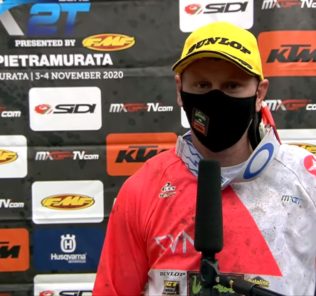 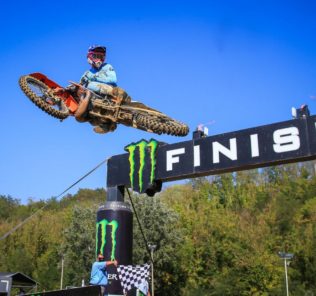