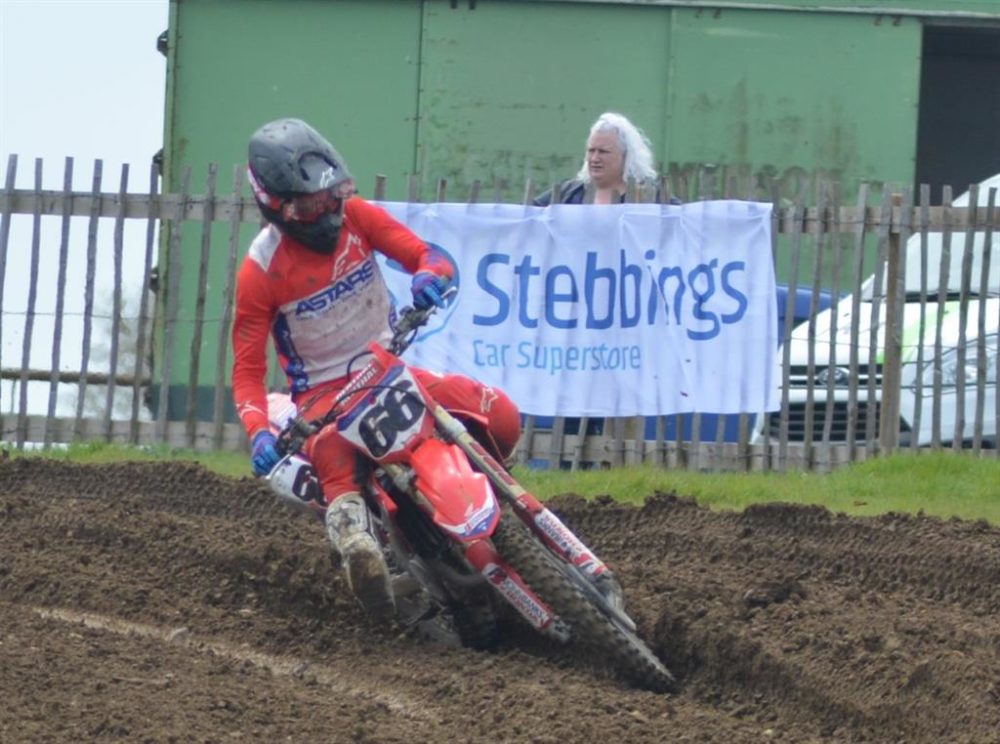 Diss MCC staged round two of the Eastern Centre Motocross Championships, sponsored by Instanda and Stebbings Car Superstore, at their Wattisfield Hall circuit on Sunday.

Heavy rain on the previous day, had made the hardpack circuit perfect for racing, and following timed practise, the fastest forty qualified for the Premier class, leaving three full groups of riders in the support classes.

The first twenty-minute-long Premier group race saw Lewis Tombs, (Banks Honda), snatching the lead from Norfolk’s Declan Whittle, Lings Husqvarna), to claim another 25 points win, to add to his maximum 75 point haul at Wakes Colne at round one. Whittle held off former champion, Luke Parker, (Pope Kawasaki) for a few laps, but after ten minutes, Parker made his move to snatch second place. Reece Martin on his MX2 Husqvarna, rode well for fourth place, from Max Broadbelt. Will Farrow got the better of Rob Nicoll to round off the top six. A heavy fall at the start, saw Ben Cole scything through the pack from dead last to claim 8th position. Leading junior was Ryan Gardiner, who battled with sixteen-year-old Callum Murfitt throughout, to take 10th place.

Parker led the second leg at the start, but Tombs soon moved to the front of the pack, leaving Parker to fend off his fellow Norfolk rivals, Whiittle and Cole. The trio battled hard, with Parker claiming another second-place finish, ahead of Whittle and Cole. Impressive teenager, Will Farrow, competing in his first year as an expert, took 5th place, ahead of Nicoll, Brad Woodroffe and Sam Arbon. Callum Murfitt had an excellent ride to top the juniors with a 10th place. 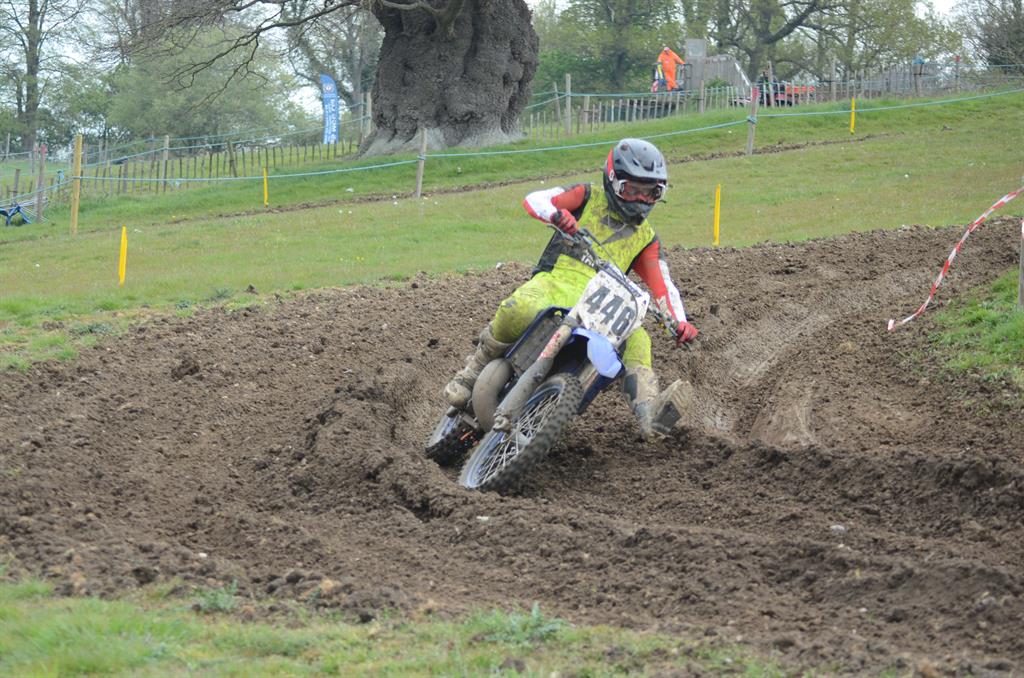 The third leg saw Tombs leading into the tight first corner, chased by Parker and Reece Martin. but a couple of spills by the former National grade rider, saw Parker taking over at the front. Tombs gave chase, but after a third spill, had to settle for second place, behind a jubilant Parker. Martin rode well for third, holding off Cole and Whittle. South African Woodroffe was 6th, just ahead of a great battle between Farrow, Arbon, Nicoll and George Ellis. First junior was Gardiner in 12th, but it could have been so different as young Murfitt was forced into the fencing on the first corner, spoiling his overall chances.

Braintree rider, Aaron Smith, took the overall win in the supporting A group of races. A win in race one, followed by a third and second place, was enough to finish ahead of young Finley Jarvis.

Jarvis rode consistently well, with two seconds and a third place. Jack Whitlam secured third overall, and despite two leg wins, Robert Baldry had to settle for 4th on the day. 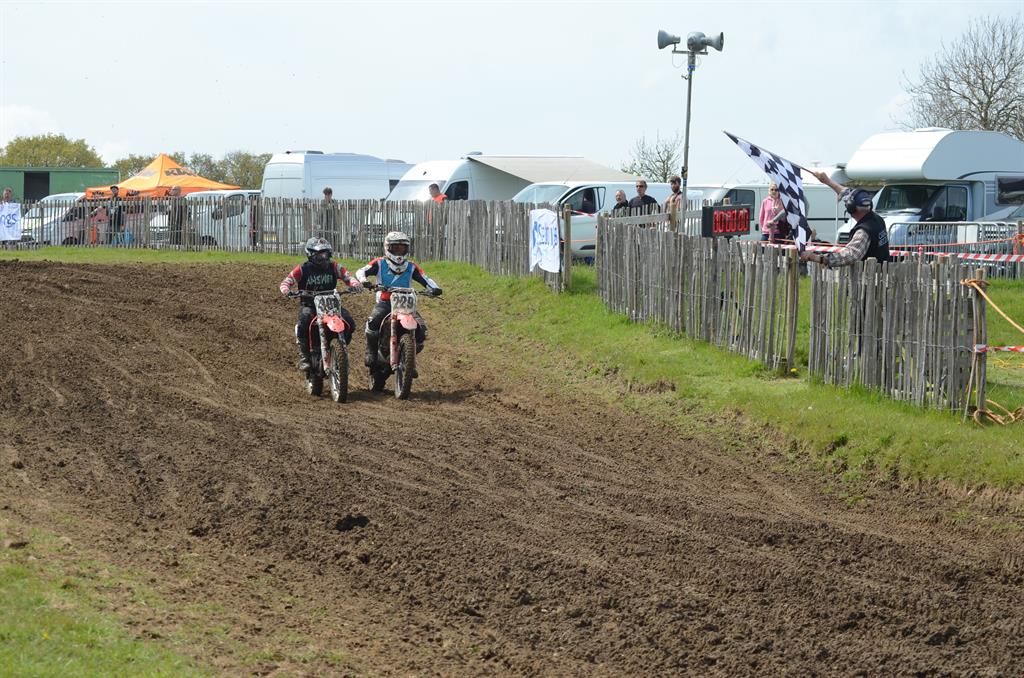 In the group B supports, Dan Palmer took the overall win with three second place finishes. Local rider, Andy Cattermole had two race wins, and a 5th place to take 2nd place in the overall standings.

Robert Lock took his Kawasaki to three race wins in group C, and despite a trip in the pond, Carl Hood secured second overall. Former speedway rider, Shaun Tacey had a second and third place finish, but a problem at the start of race three saw him having to settle for third overall on the day.

Round three of the series is on May 30th at the Blaxhall circuit, hosted by the Woodbridge club.

Who will be the sheriff of Sherwood?? 2021 Bridgestone British Masters – Preview, Entry Lists and Event info
Read More 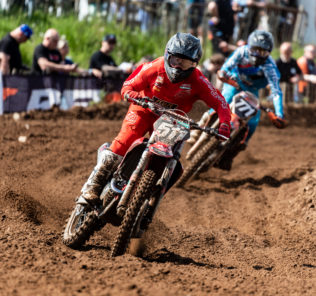 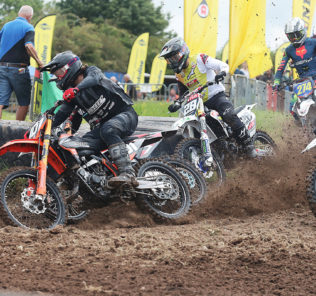 Top 10’s at the Heights for Apico Husqvarna!
Read More