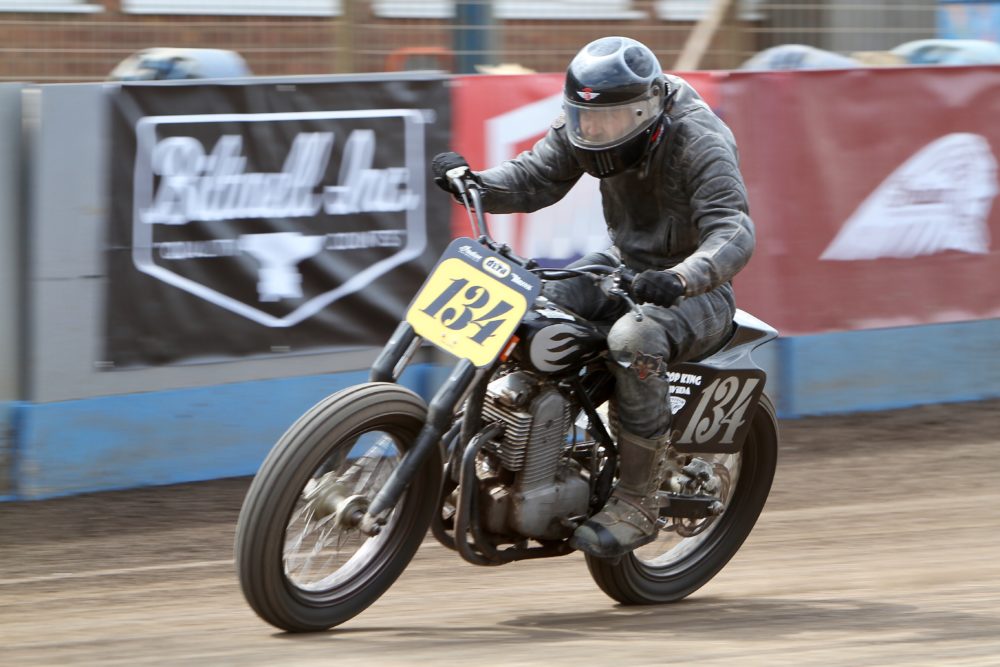 The 2021 Indian Motorcycle DTRA Championship opened on Sunday at the Adrian Flux Arena, Kings Lynn.  It was great to be back.

Here’s my overview of the weekend.

DTRA had planned to have the Pro/Inters and Hooligan class race on Saturday evening, but unfortunately, that got cancelled due to the weather. However, Sunday’s racing went ahead as planned.

In the all new Twins class, Gary Birtwistle won on Royal Enfield’s Twin FT, followed by Paul Young and Kye Forte close behind. Young was also racing a Twin FT. 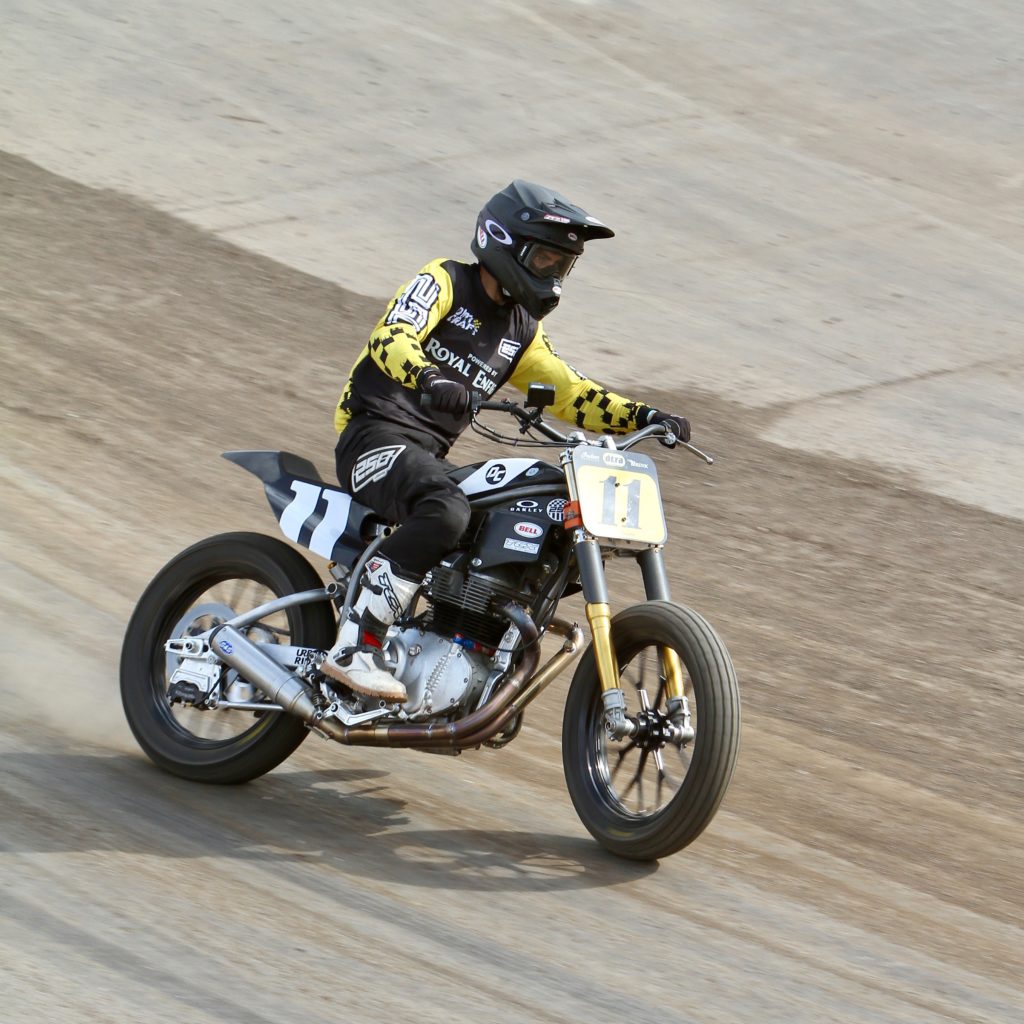 Chris Jenner finished in 1st place in the Thunderbike final, with Jake Young on the Stockwell Designs Harley-Davidson Sportster in 2nd, and George Pickering in 3rd, on the Indian Motorcycle FTR1200.

The Vintage class is split into two, one for four strokes, and a separate class for two strokes, Sean Kelly came 1st and with Mike Fisher, 2nd, and William Smith, 3rd, in the two-stroke class. And Paul Harrison beat Dave Webb, 2nd, and Carl Swateridge, 3rd, to get 1st place in the Vintage four stroke class.

Jesse Moore, who finished 2nd, and Keith Strudwick, who came 3rd, were close behind winner, James Woodroffe in the Rookie final. This was the only ability ranked adult class of the weekend, due to Pros/Inters being rained off. 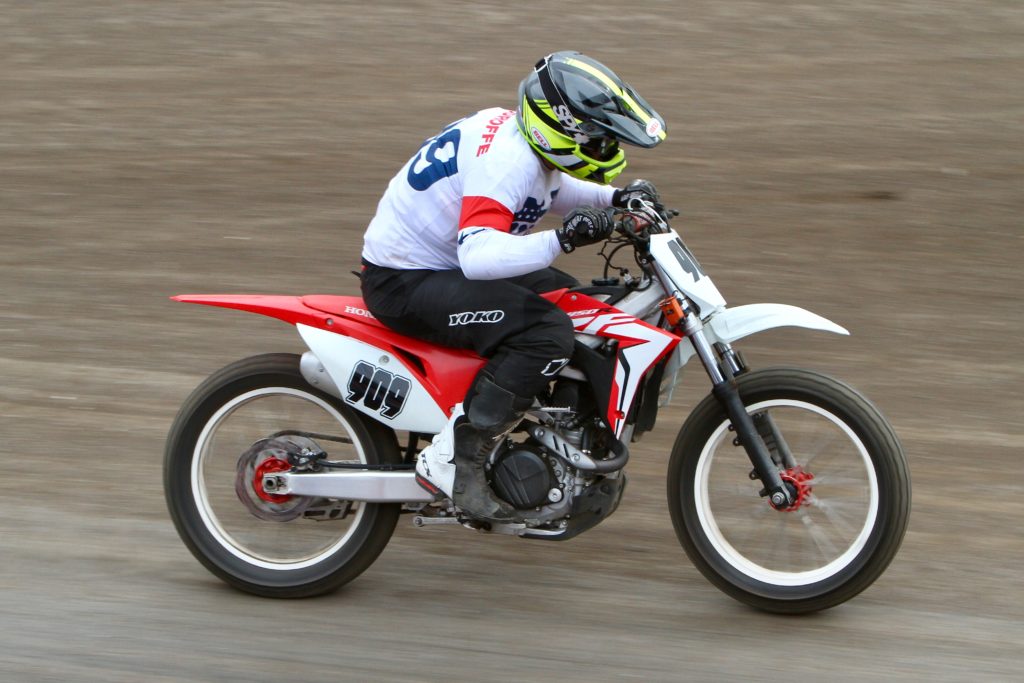 And in the Stock Minibike class, Matt Bainbridge came 1st, with Max Inman in 2nd, just in front of the world’s fastest road racer, Peter Hickman. 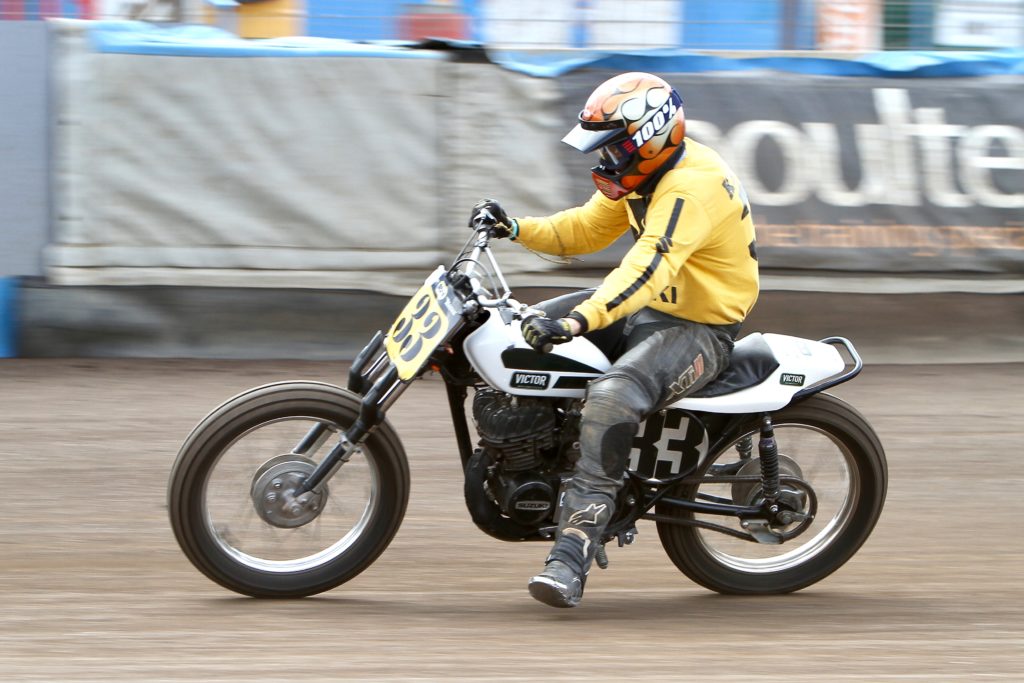 In the Youths classes, Ted Wilkinson finished 1st in Youth Seniors, with Charlie Kelly and Lizzie Banks close behind. 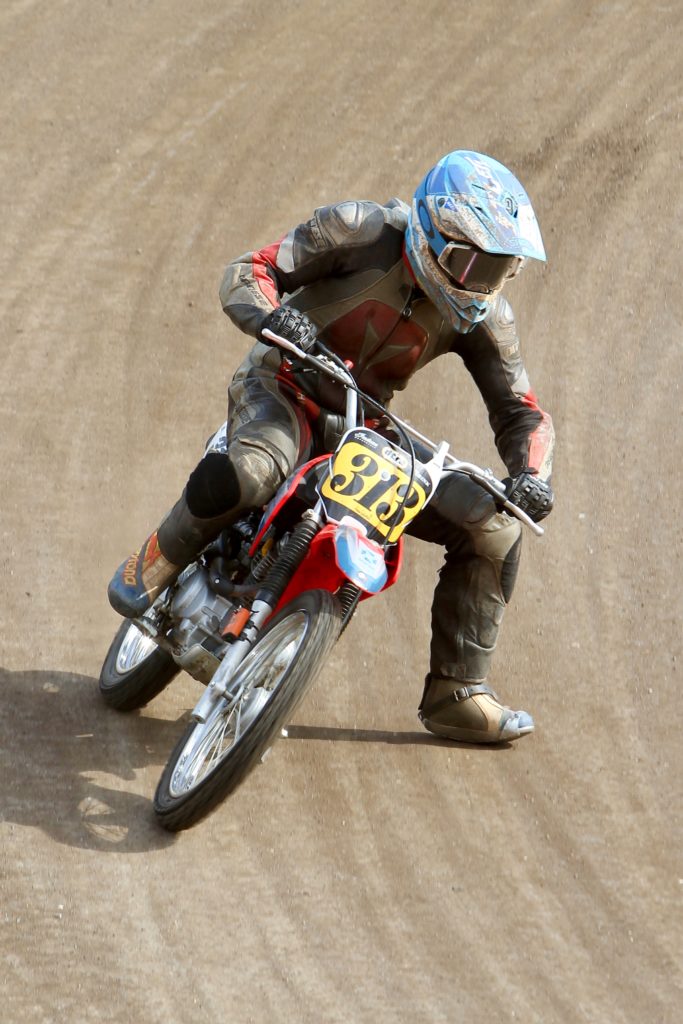 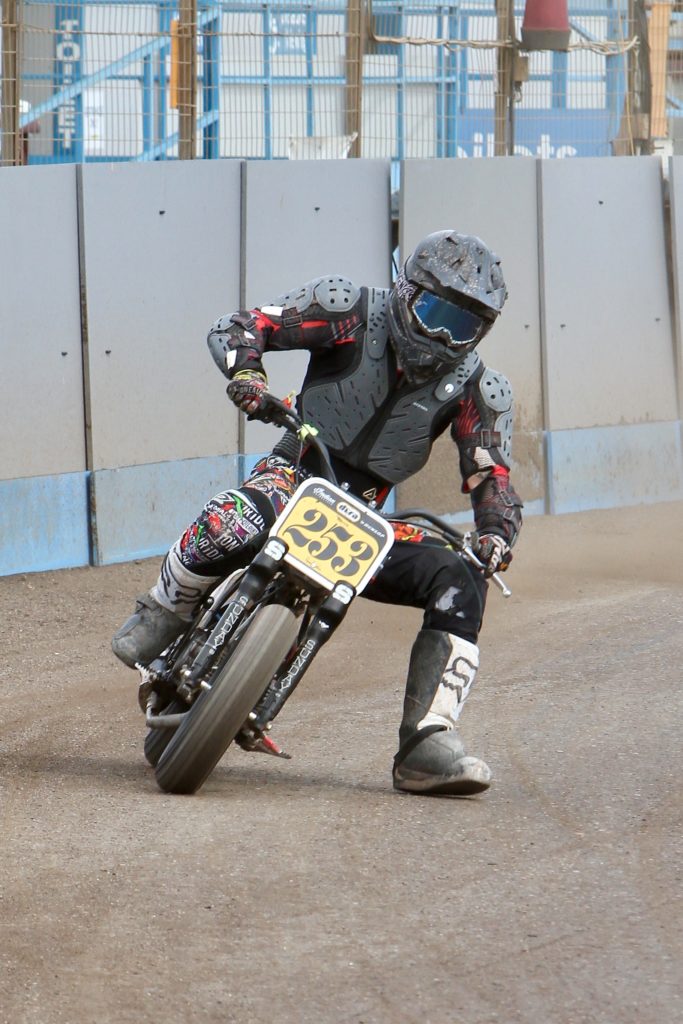 We had a great weekend racing and can’t wait to be back for Round 2 at Greenfield Dirt Track. 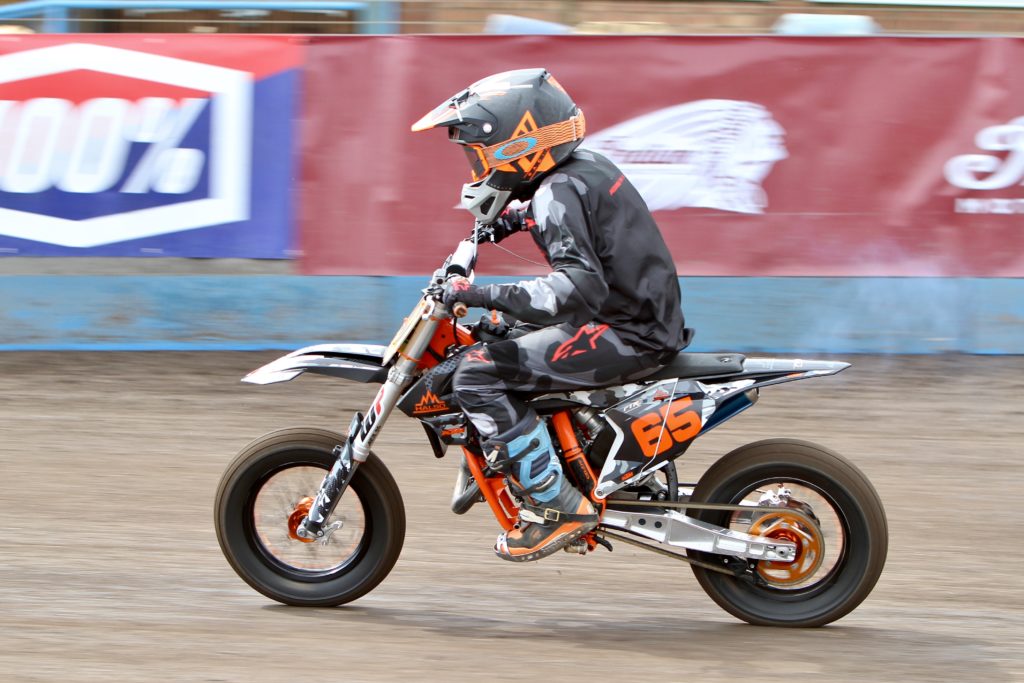 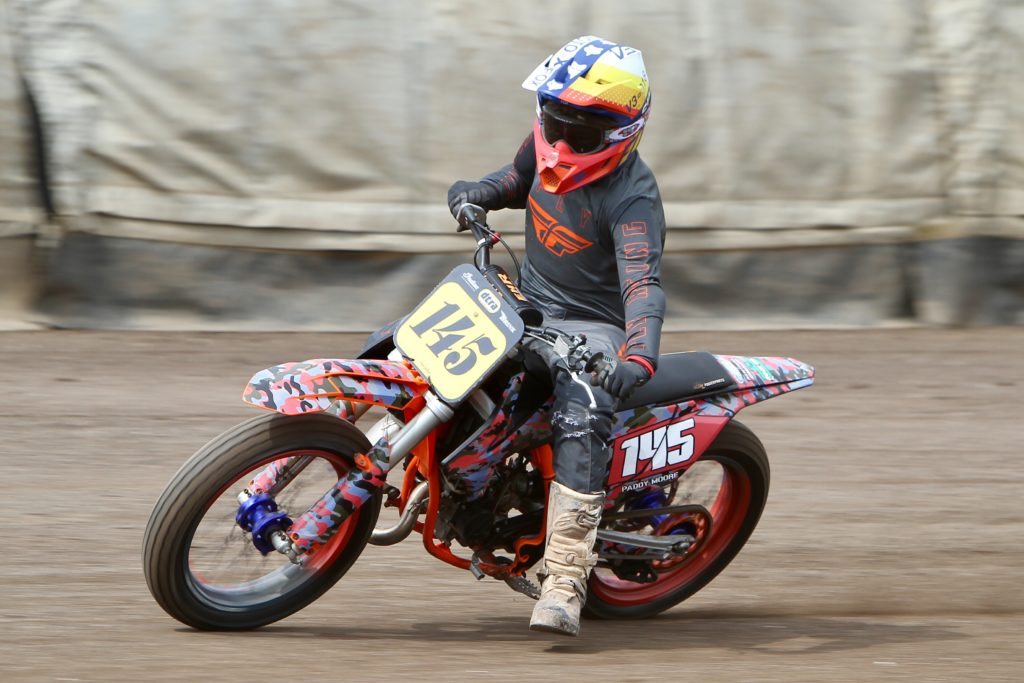 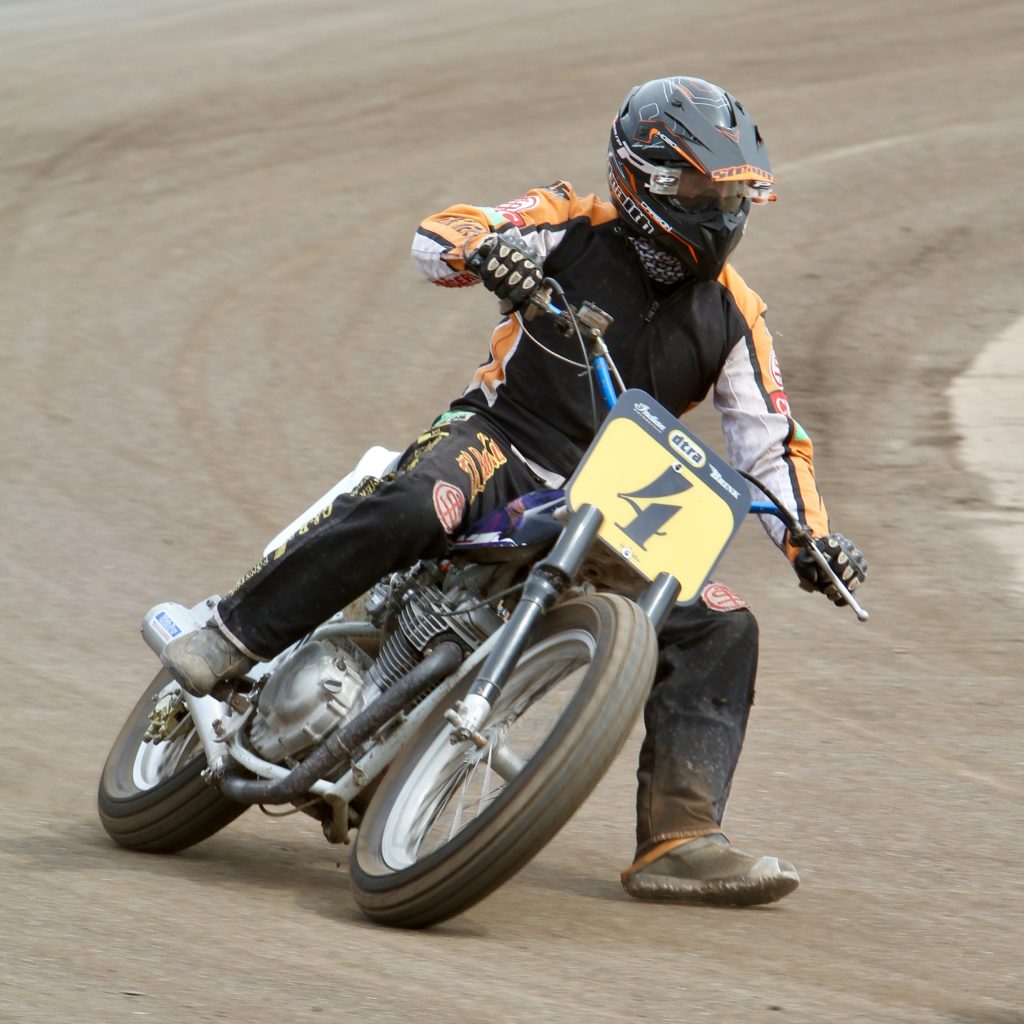 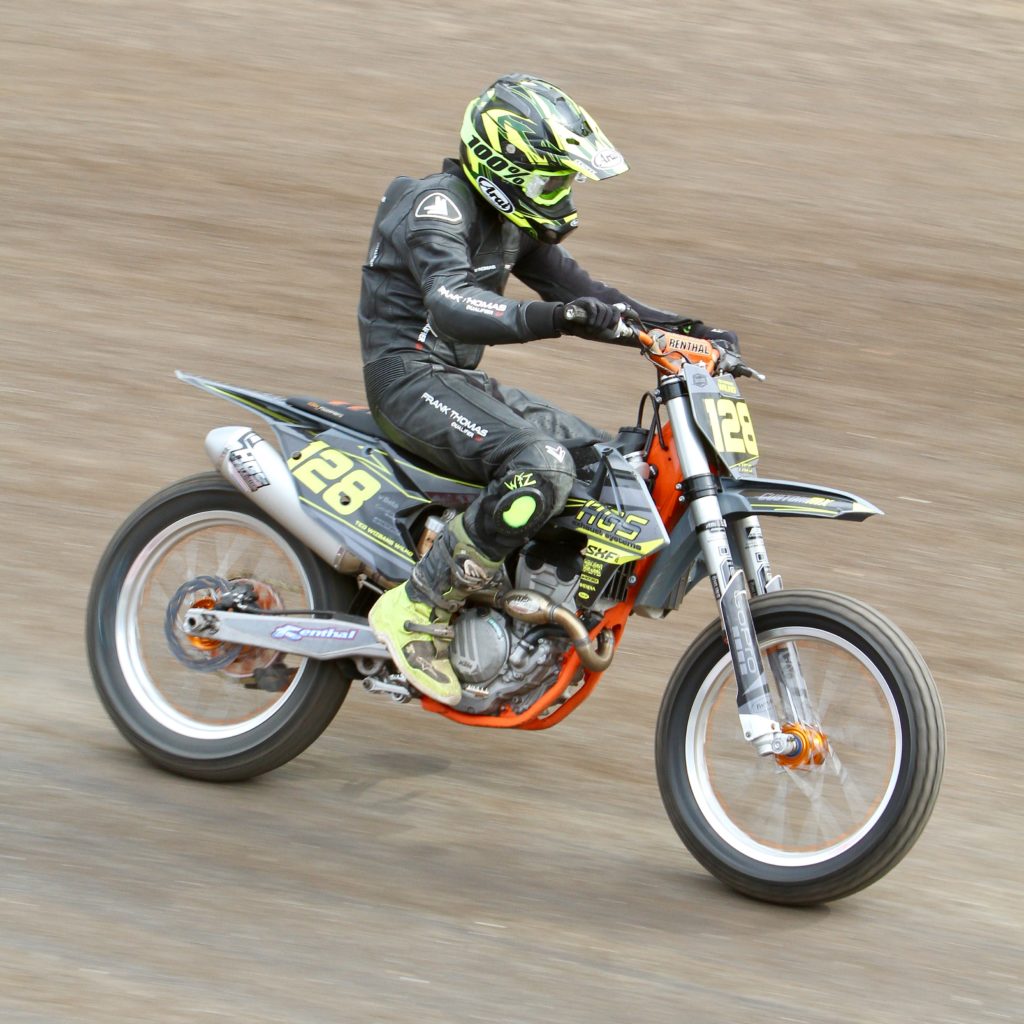 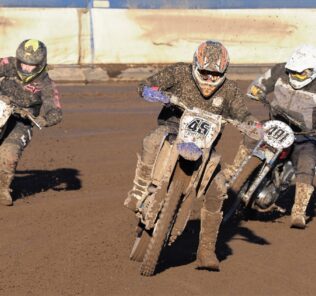 Pledge powers up at round 3! 2021/22 Scunthorpe Winter Flat Track Championship Round 3 – Rundown and Results
Read More 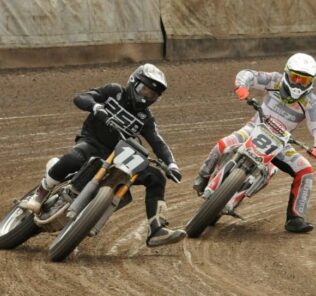 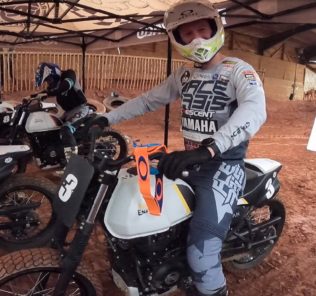 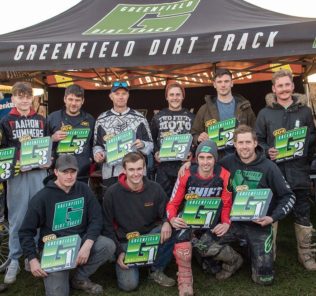 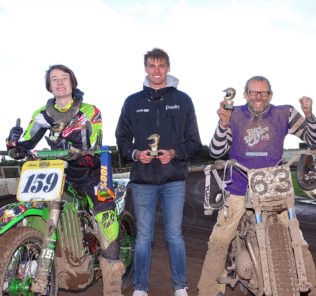 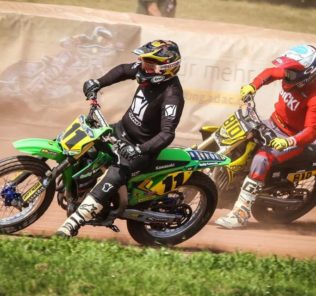 Billy’s Back! 2021 ACU British Extreme Enduro Championship round 2 R...
Next