Herlings and Geerts on top at Matterley! 2020 MXGP of Great Britain – Race Report, Results and Highlights

The sunny weather on Sunday morning set the stage for a fantastic day, with the racing even more exciting than expected. This was a treat for the British fans, who got to witness the start of the brand-new MXGP season.

Going into the weekend, the overall winner for the MXGP class was hard to predict. With a full line-up of extremely strong riders, who have been training hard this winter, the list of favourites was never ending.

In the opening race of the weekend, it was the Monster Energy Yamaha Factory’s Jeremy Seewer who claimed the first FOX Holeshot of the season, closely followed by Herlings and Gajser. Team HRC’s newest recruit and MXGP rookie, Mitch Evans, also got off to a flying start in fifth. But on the downhill corner after pitlane Gajser found himself in trouble as he banged bars with Honda SR Motoblouz’s Jeremy Van Horebeek, which left him having to fight back from 13th position.

On the opening lap, Evans was moving quick as he made a move on the Monster Energy Yamaha Factory’s Jeremy Seewer. The 2013 MXGP of Great Britain winner, Clement Desalle of Monster Energy Kawasaki Racing Team also got a good start in fourth, before getting cross-rutted in the second lap and falling down to 7th.

As Herlings continued his lead, Seewer found his way back past Evans, knocking the factory Honda rider down to P3. Meanwhile the battle for 4th, 5th and 6th was on between Cairoli, Desalle and the Standing Construct Gas Gas MXGP rider Glenn Coldenhoff. Desalle did muscle his way past the GasGas Factory rider, while Cairoli was able to maintain his 4th place position. 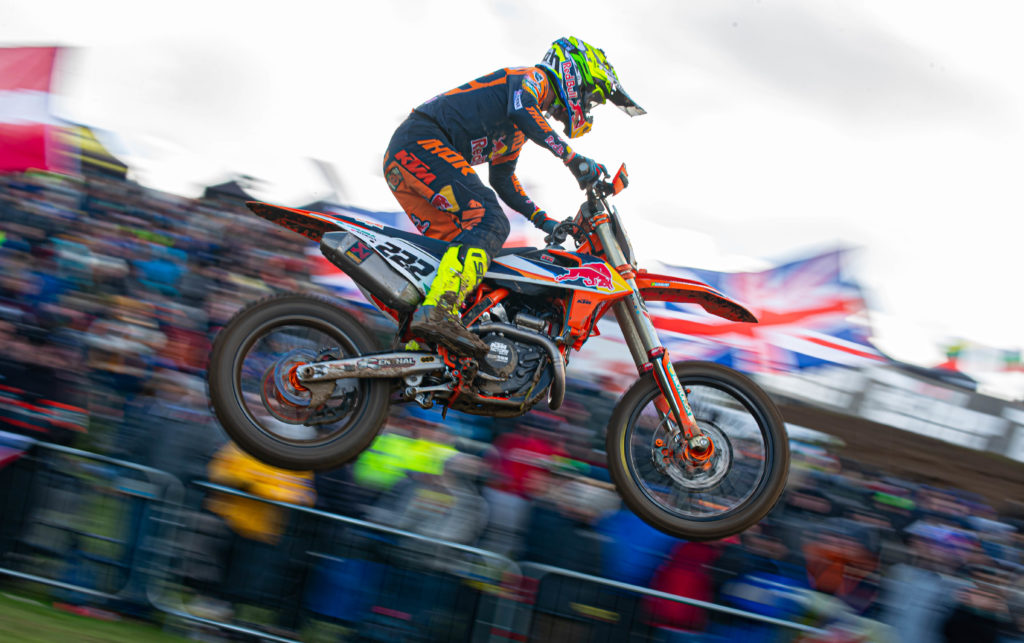 Towards the end of the race, Gajser found himself battling the 2019 MX2 World Champion, Jorge Prado of Red Bull KTM Factory, with the Honda rider able to pass the MXGP rookie. He then set his sights for higher positions, but a crash on the last corner before the Monster Energy finish line of the last lap left him having to settle for P8 in the race, allowing Monster Energy Yamaha Factory MXGP rider, Gautier Paulin to move up a position to P7.

In the end it was Herlings who took the race win with a 0:11.879 second lead over Seewer in second. Having a fantastic ride and making an impressive debut to his MXGP rookie campaign was Mitch Evans who placed 3rd in the race.

In race two, it was the SM Action M.C Migliori – J1 Racing’s Henry Jacobi who took the FOX Holeshot, but Gajser moved swiftly into the lead, with Cairoli following him to also pass Jacobi. Meanwhile Herlings was behind in 4th and Paulin in 5th. Bad luck for Evans, who came around the first turn virtually last, leaving him with a lot of work to do in this second MXGP race.

By lap 4, Herlings was already charging, making a pass on Cairoli for 2nd position. Gautier Paulin was sitting in 3rd, where he remained throughout the race, also keeping Desalle at bay in 4th. From then onwards the top 5 remained the same until the race concluded, while the battles heated up behind. 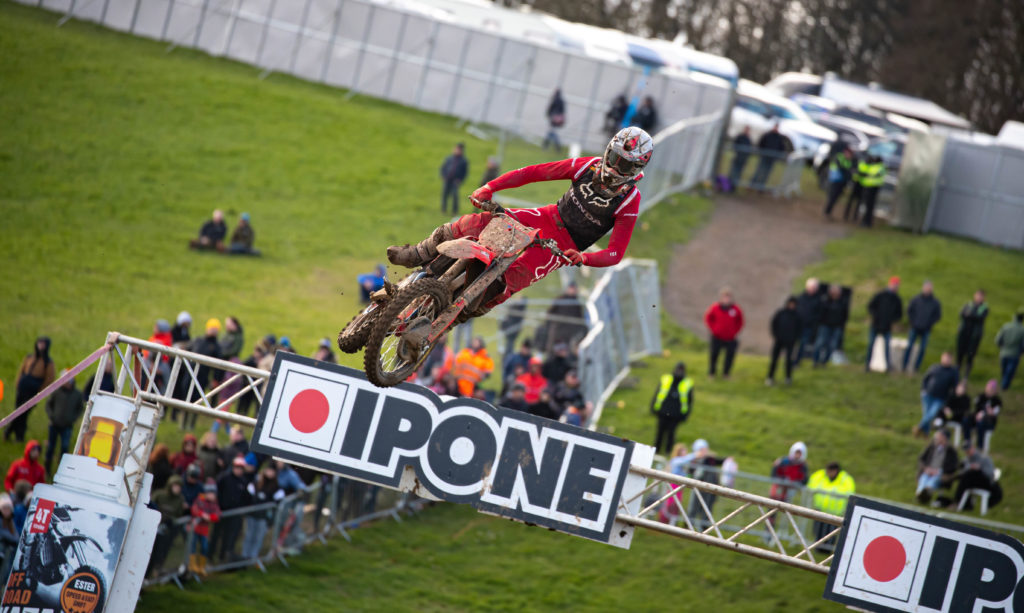 Mitch Evans found himself moving quickly, and by lap 5 was already in 6th position as he passed both Seewer and Jacobi. Seewer then came under threat by the #259 of Coldenhoff, with the Dutch rider able to make the pass stick on lap 11.

With two laps to go, Desalle and Coldenhoff found themselves in an intense battle, with the two riders getting close to each other on several occasions, but the Monster Energy Kawasaki rider stayed strong to finish 5th. Desalle team-mate Monster Energy Kawasaki’s Romain Febvre did not line up at Sunday’s races as for an injury to his knee during the past week, he’ll be back racing in Valkenswaard next week.

Gajser claimed the race win and with it a second overall, while Herlings made a strong come-back as the overall Grand Prix winner. Cairoli finished 3rd both in the race and the podium. 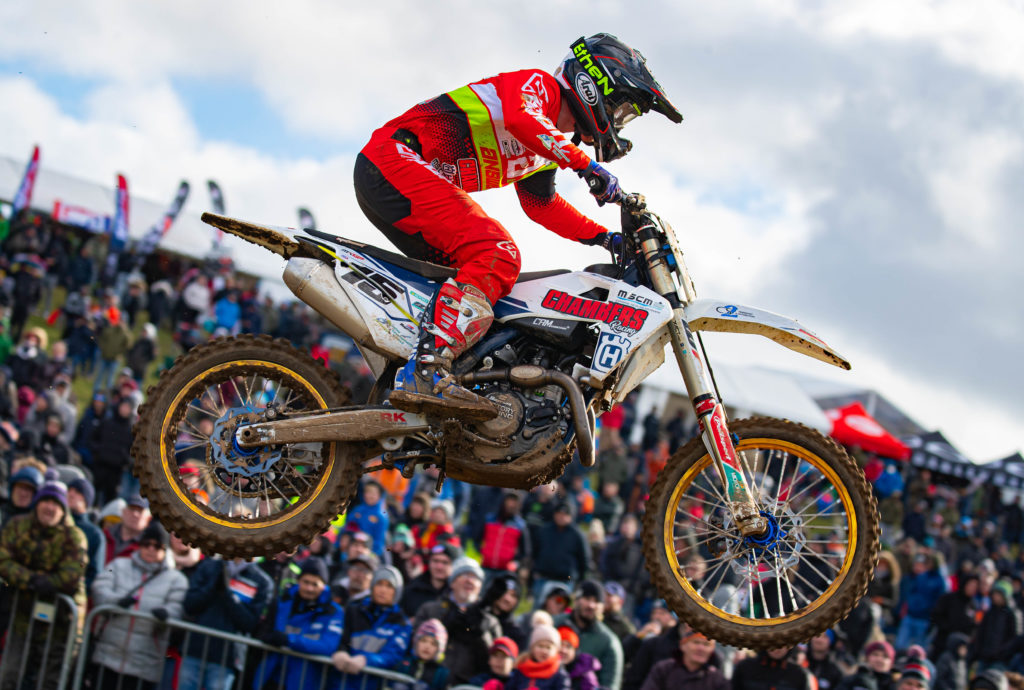 Jeffrey Herlings: “Definitely there is no better way to start the season than to start with a win. I said I did not need to win every GP this year but it was a good day. I made a 1-2, we have improved a lot also as a team as my bike is getting better and better. Thanks to Red Bull KTM racing Team for the great job they did. I’m really looking forward to Valkenswaard, I’m very excited to go to my home GP.”

Tim Gajser: “Overall I’m super happy to finish on the podium, I’m just disappointed for my first race as I crashed twice, but at the second race I had a good start from the beginning, I made a quite comfortable win and I can’t wait to see what happens next weekend”

Antonio Cairoli: “I’m very satisfied, my shoulder is getting better but unfortunately I twisted my knee in a training but I’m thankful I did not come out with a lot of pain today. The track was very challenging, especially during the second race. I wanted to go out this round taking easy and see what I could be capable of and eventually it was a good weekend and I’m happy to be on the podium”

While everyone expected the battles to be intense in the MXGP class, it was clear that the fans were pleasantly surprised as the MX2 riders delivered that and much more.

In the opening race, it was the Red Bull KTM Factory rider Tom Vialle starting the race with the FOX Holeshot. Straight away the young Frenchman pulled a gap on his competitors and rode comfortably in 1st for the majority of the race.

F&H Kawasaki Racing’s Mathys Boisrame also got off to a great start as he followed Vialle until lap 5, when Red Bull KTM Factory’s newest recruit Rene Hofer made a successful pass for second position. The Hitachi fuelled by Milwaukee rider Conrad Mewse also pushed for third.

The race action was impressive, as 3 riders battled for 2nd, with Monster Energy Yamaha Factory’s Jago Geerts moving up from 4th to 2nd on lap 6, when he passed Mewse and F&H Kawasaki Racing rider Mikkel Haarup.

That very same lap saw big changes to the top 5, with Boisrame fading allowing Geerts, Mewse, Haarup and Jed Beaton of Rockstar Energy Husqvarna to move up a position. In the next two laps, Beaton made some swift moves on Mewse and Haarup.

On lap 8 Vialle made a mistake and crashed out of the lead. This handed Geerts his first race win of the season, with Beaton finishing 2nd and Haarup making a fantastic debut to his MX2 season with a 3rd. In the end Vialle crossed the line in 6th position.

In race two, it was another FOX Holeshot from Red Bull KTM Factory but this time by Rene Hofer. Geerts was right there in P2 and Vialle in 4th place. SM Action M.C Migliori – J1 Racing’s Maxime Renaux also got off to a great start in 6th position, followed by Beaton and Boisrame.

The championship favourite, Thomas Kjer Olsen of Rockstar Energy Husqvarna Factory Team got off to a much better start in the second race, as he crossed the line 5th on the opening lap.

By the second lap, Hofer continued to lead from his team-mate Vialle, while Olsen moved into 3rd followed by Renaux and Beaton. Meanwhile race 1 winner, Jago Geerts crashed out of 2nd and was back down in 8th place, putting his chances of an overall at risk.

The top 5 remained the same until lap 8 when Haarup, Geerts and Boisrame moved up to 4th, 5th and 6th.

Hofer led the majority of the second race, keeping his team-mate at bay, before Vialle was able to pass the young Austrian, with 3 laps to go. At the same time, Haarup made a move on fellow Dane, Thomas Kjer Olsen of Rockstar Energy Husqvarna Factory, for 3rd.

With 2 laps remaining, Geerts was also able to pass Olsen for fourth, which handed him the overall victory here at Matterley Basin, the first of his career. 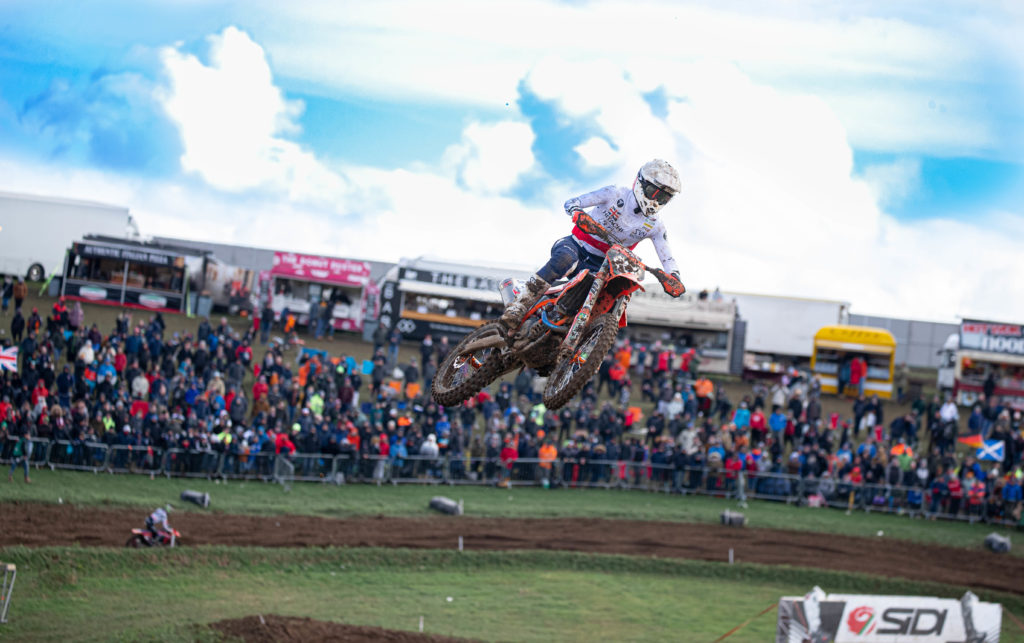 Jago Geerts: “It’s really a good feeling to pick my first overall win here in Matterley Basin, At the first heat I had a small gift from Tom (Vialle). I’m really looking forward to Valkenswaard next weekend, it’s like my own GP. I had a really good start in second heat and I just battled for the lead, I had a crash and beat my shoulder a bit so I came back to fourth, but I’m super happy, I feel like my riding is really good now”

Tom Vialle: “I started the season really good, during the first race I felt really comfortable in first but then I made a mistake on a jump, while in the second race I was leading and I managed to win the race. I’m already looking forward to next GP”

Mikkel Haarup: “I’m just happy. I did not come here to contend for the race but at the end I managed to finish with a third overall which is amazing. I had two decent races, good riding I wish to thank F&H Kawasaki and everybody who supports me.” 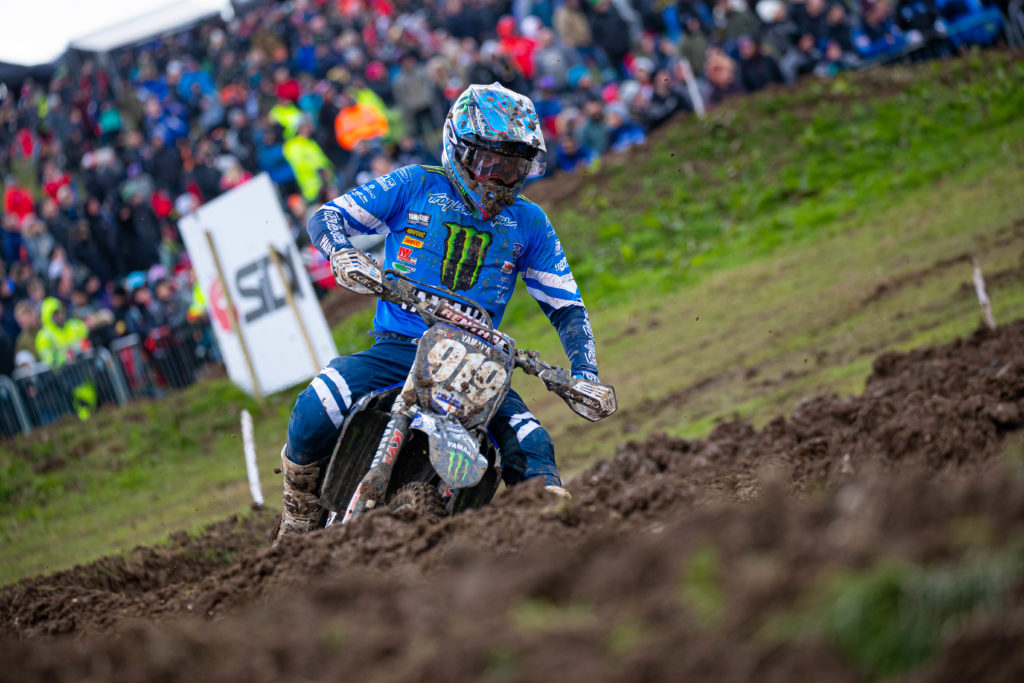 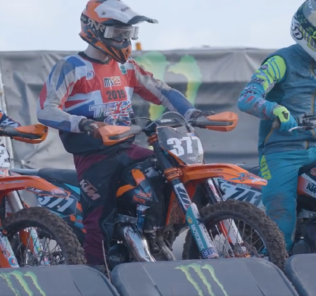 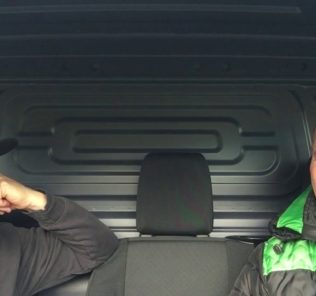 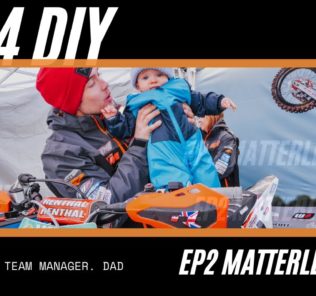 Taylor & Maddy acquit themselves well at Matterley for RHR Yamaha!
Liam Everts the master at Matterley with Wade 7th! EMX125 Championship Round 1 – Race Report, Highlights and Re...
Read More