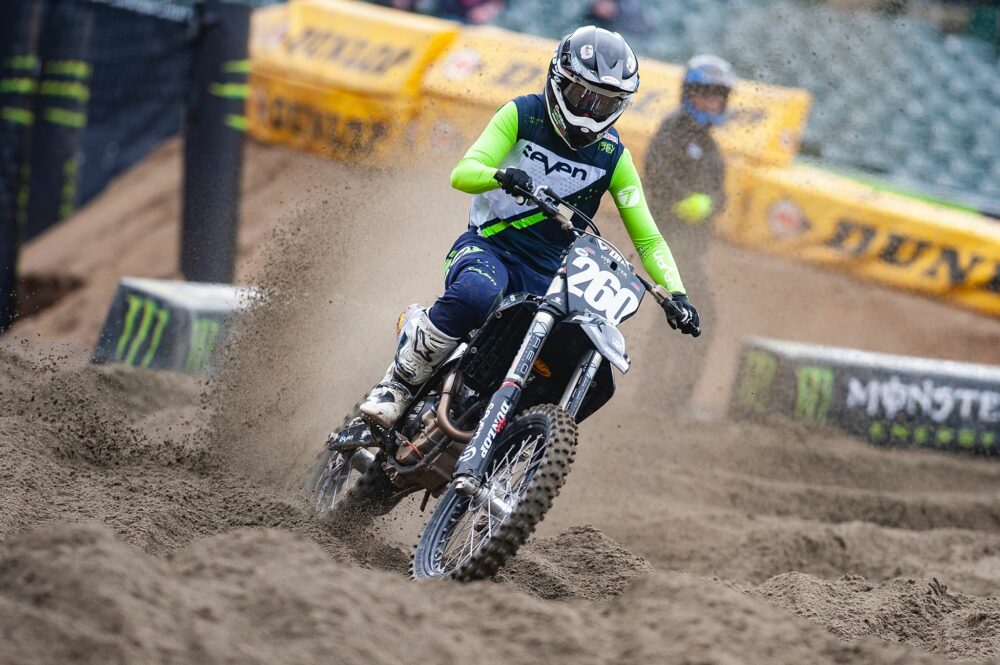 Avenging the disappointment of A1, Dylan Woodcock took his All South Husqvarna to the 250 Main Event at the Oakland Supercross on Saturday evening.

Woodcock was in the hunt for a direct transfer position to the main from his heat race but a mistake put him out of the running meaning another trip to the dreaded LCQ.

Not to be deterred Dylan shot from the traps and nailed the holeshot holding off Robbie Wageman for a few laps before dropping back and settling in for a good third position and one of the four transfer places to the Main Event.

In the Main Event, Dylan finished within the points in 19th position and now heads to Round 3 in San Deigo with another Main Event and an improvement on 19th in his sights.

Dylan said on his socials “Made a silly mistake in the heat, But bounced back with the Holeshot in the LCQ lead some laps ended up P3 to transfer to the Main Event where I was P18. APPY DAYZZ on to San Diego. 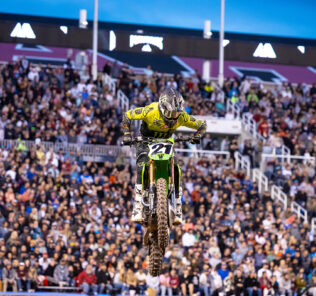 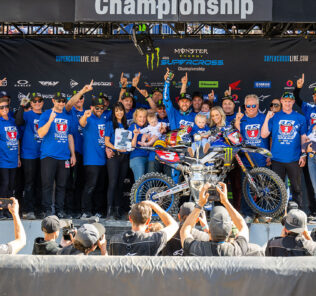 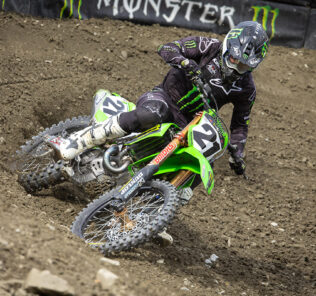 Ready to feast on Foxborough! This week in Supercross

Gravity LC gunning for big 2022 of Quad XC action.
Next