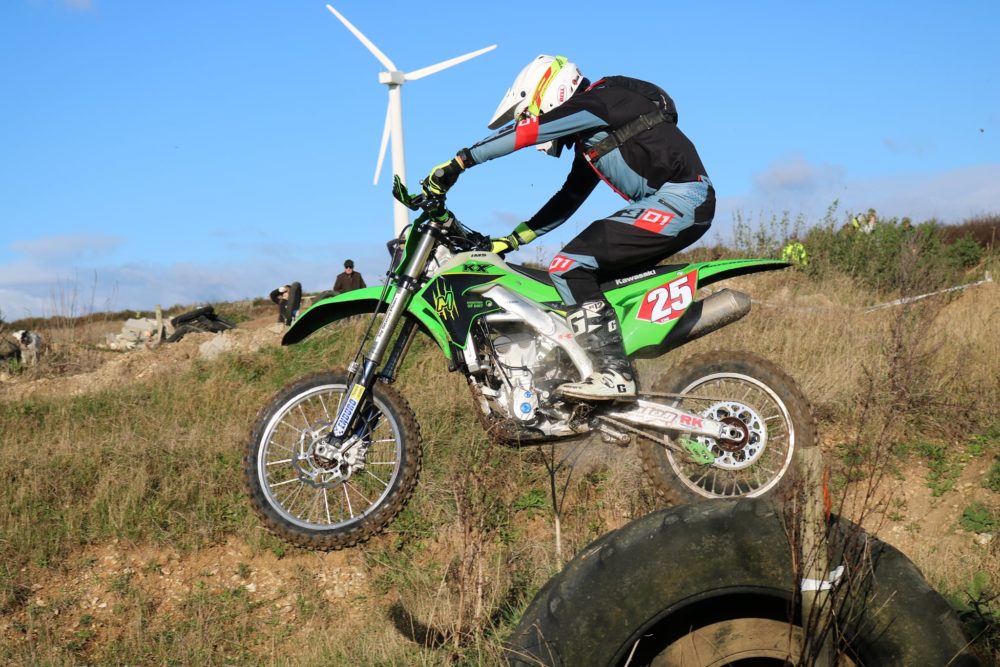 Sunday 21st bought cracking weather and a full entry for Round 2 of the RORE/Dorset Enduro Winter Warmer Series at Rogershill for a full 3 hours of action.

First out of the blocks the championship class set off at a pace with Brad King taking the holeshot and checking out, never to be caught. Behind him, Brad Rowland and Josh Player rounded out the top three although Dan Guy was in the mix until an impressive crash snapped his bars and ended his day! 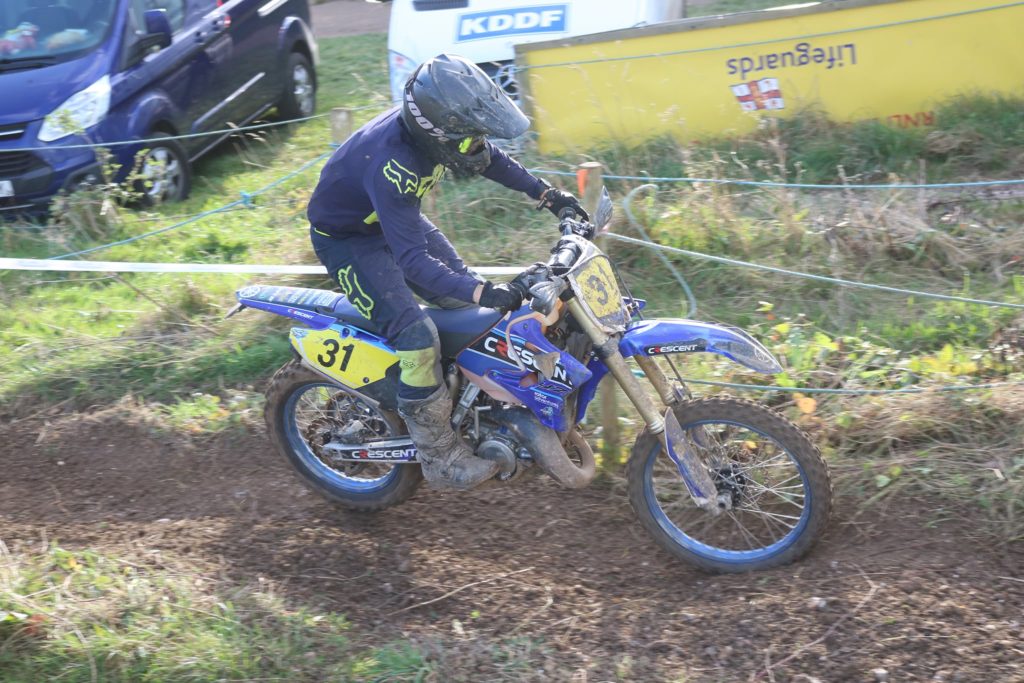 In the Experts, there was a much closer battle between Sam Richards, Paddy Twentyman and Cynan Jones. Sam retired from the action mid-way through on and Cynan put the hammer down and squeezed in an extra lap to take the win from Paddy whilst John Stanley held off Gary McCoy for third.

In the Expert vets, it was a Yamaha whitewash, Stan Watt kickstarted his Yz for the holeshot and checked out, whilst Dan Groom, Michael El-ayouby and Shane Trotter all on yams battled it out finishing in that order. 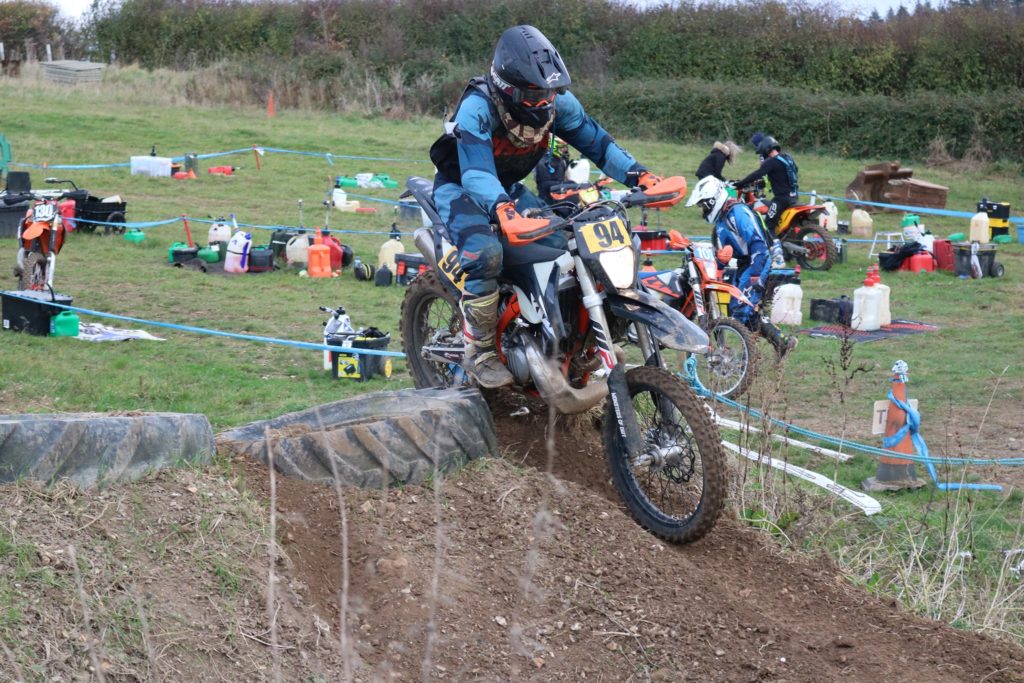 In Clubman A, Pete (crashalot) Colmer won the Holeshot award, swiftly followed by the biggest highside award but did finish, leaving Cameron Games, Callum Pickering and Ross Morrison to battle it out initially. Marcus Feltham was on the move throughout and reeled them in only to get caught and passed by a Reece Trotter, who having totally ballsed up his start then rode like a man possessed to take the class win demoting Marcus and Cameron to 2nd and 3rd respectively! 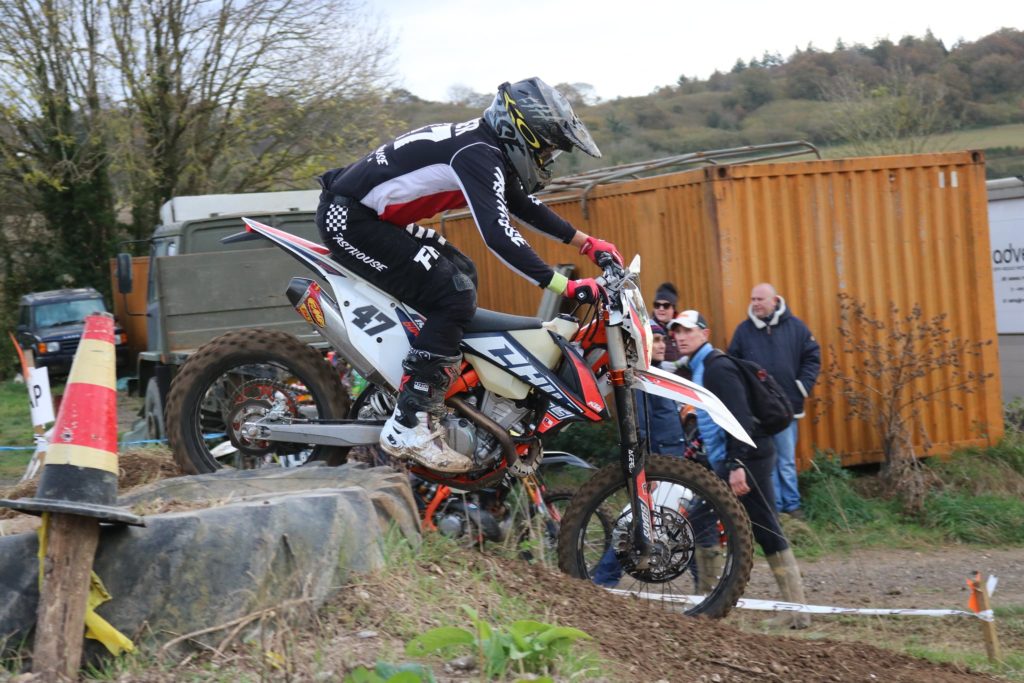 Meanwhile, in Clubman B, Joe Beaumont was the man to catch but three laps in Harvey Wilkinson did just that! Joe held on to second and the ever-consistent George Couper closed in on them towards the finish for a solid third in class.

Next up the Over 40 Clubman Hit the dirt with the very experienced Si Thomas heading the field for a number of laps until Justin Cadnam and Luke Dewey closed in with Luke eventually relegating Justin and Si to 2nd and 3rd. Spare a thought though for Mark Chadbourne who was pushing incredibly hard for a good top 5 finish only to run out of fuel on the last lap, don’t worry Mark you were definitely not alone! 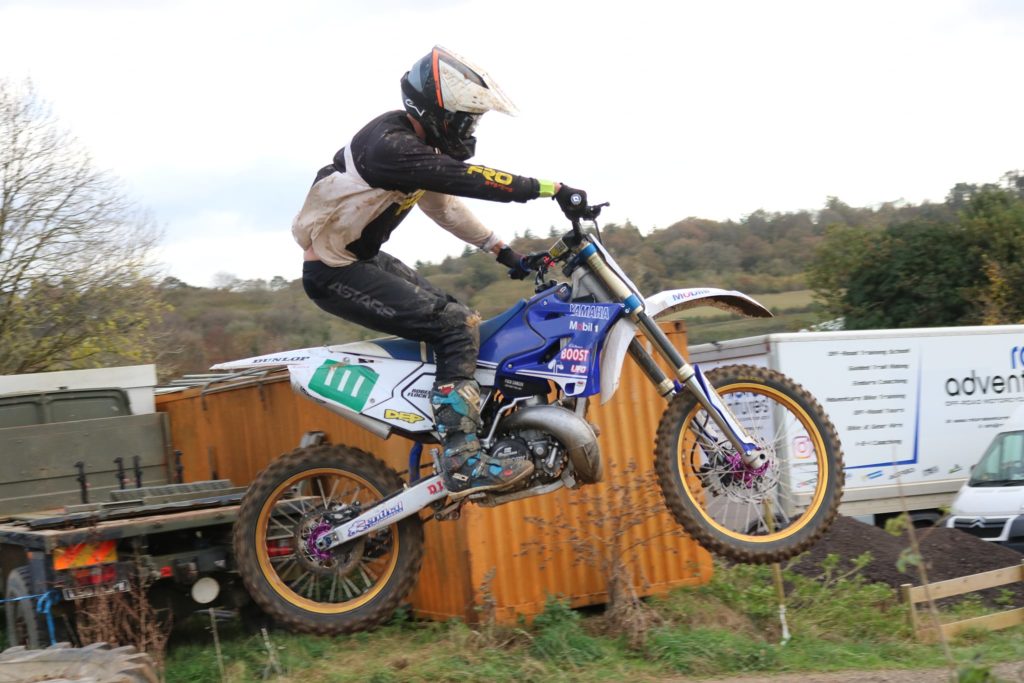 With the winner of the last round Glenn Drinkwater a non-starter, the Over 40 sportsman class was wide open from the start and it was Glenn Woodland who stepped up to the plate and pulled away from the rest of the field leaving Stu August and Martyn Hoyle to battle it out with Martyn eventually taking 2nd squeezing Stu down into a still very respectable 3rd. 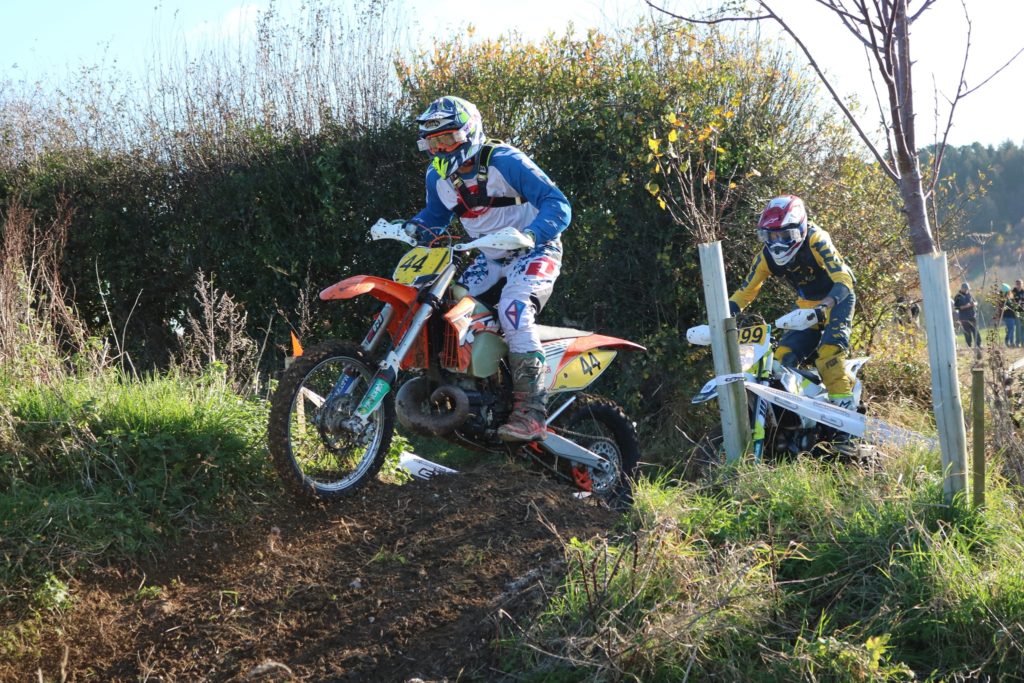 Finally, the biggest class of the day, the Sportsman took off. Young Finlay Abbot was certainly on a mission but unfortunately, a broken bolt quickly followed by a puncture ruined his day and it was Finlay Taylor who took over the lead and once there he never looked back, eventually managing one more lap than anyone else in the class! Nathan Baxter held on to 2nd at the finish whilst Alfred Busby, James Tulley and Dom Ward battled hard for 3rd 4th and 5th. 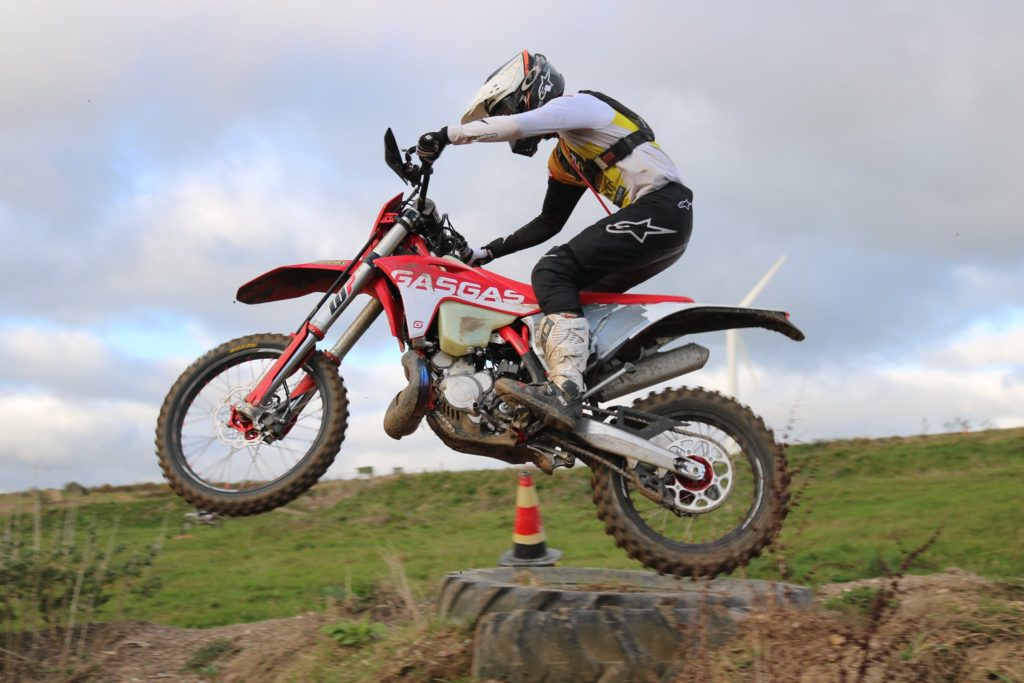 The optional hard/easy route provided much entertainment throughout and certainly took a few scalps as the race progressed. The Lee Wheatley trophy was won by Dan Groom and the stage is nicely set for another very competitive Round Three at Hethelton Forest in a few weeks time.

Finally, a note to all those who don’t usually read the final instructions – Correct numbers/Class backgrounds must be fitted to your bike BEFORE the event at Hethelton. Please also check your wheel bearings, brakes, tyres etc are all serviceable before the event and last but not certainly least, please don’t be a Helmet, make sure there’s a valid ACU gold stamp on your helmet before you arrive! 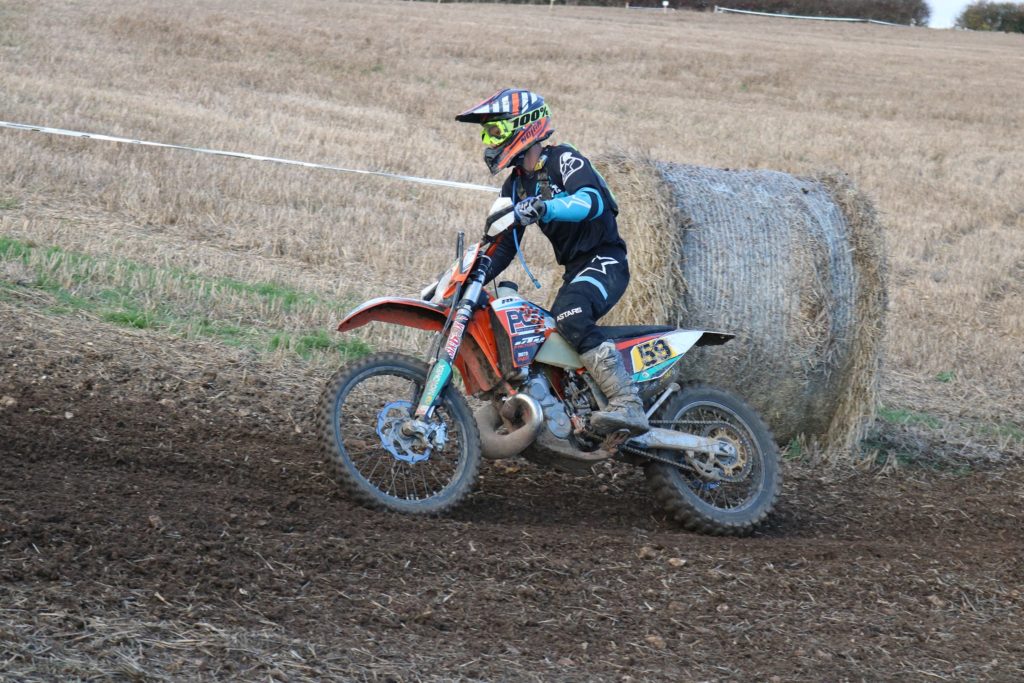 2022 RORE memberships are available on our website www.rogershillraceway.com and entitles you to discounts on all of our enduro practice days as well as an ACU membership code.

Once again, a massive thank you to everyone who helped us put on this event, tracklayers, the ever-helpful marshal’s both old and new, the medics, Craig and Shane for the timing and an extra special thank you to the always very patient and ever helpful Louise King for helping out on her birthday! We look forward to seeing you all at the next round. 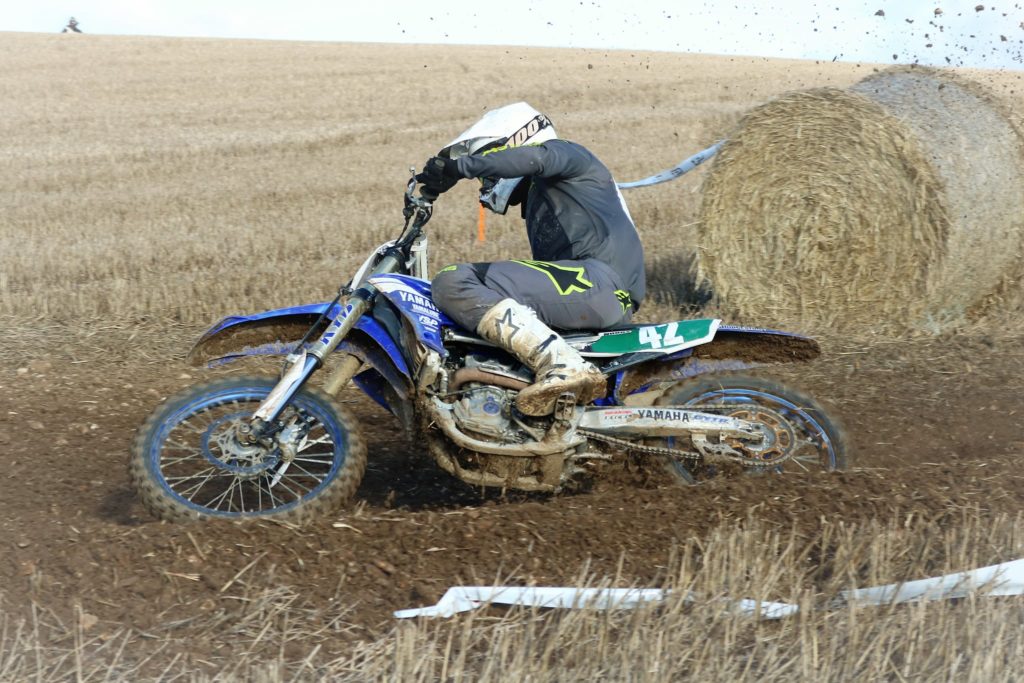 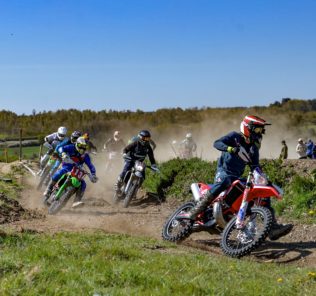 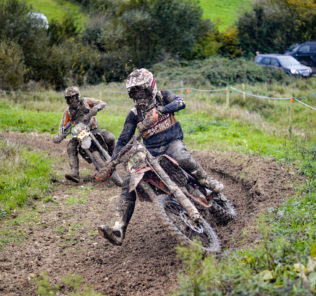 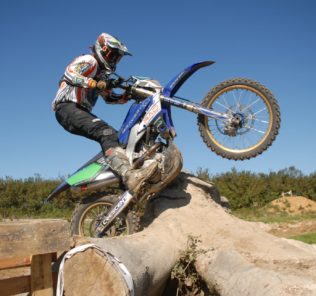 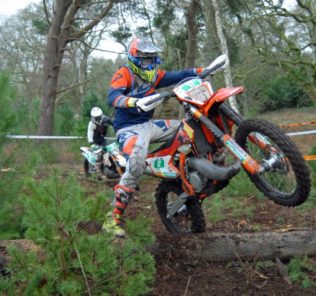