Quad
Now Reading
Back on the gas! Nora-MX quadcross Championship Round 1 – Race Report and Results
NextPrev

Back on the gas! Nora-MX quadcross Championship Round 1 – Race Report and Results 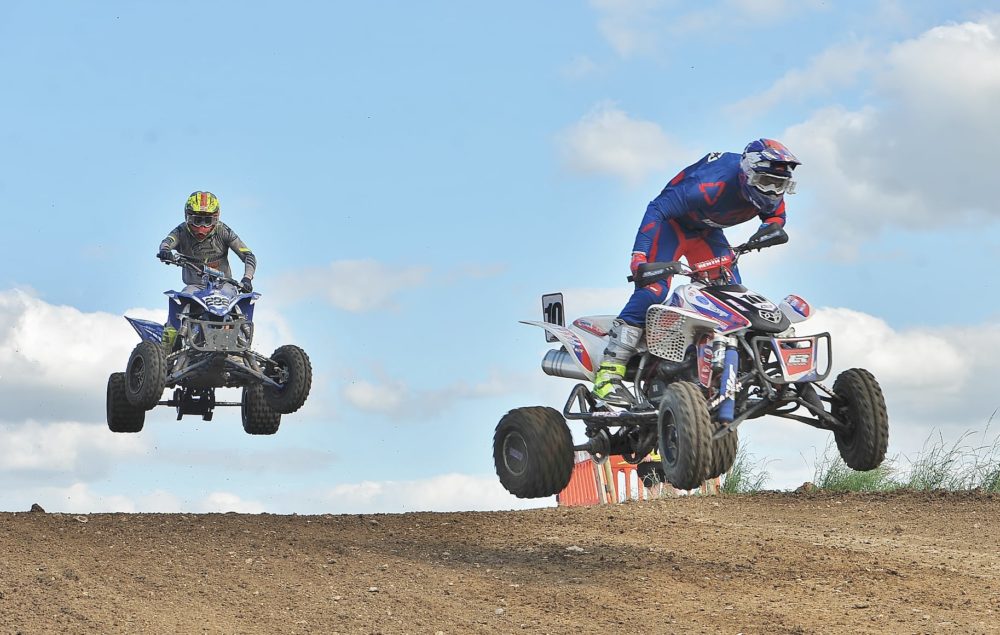 One hundred and sixty competitors rocked up to the Nora-MX for their Quadcross Championship season opener in Wiltshire on Sunday. With race-hungry competitors eager to get out on track, the racing was close and hard-fought throughout all classes.

With the welcome news that the 100cc Open, 250cc Open, Clubman, Ladies and Masters classes are all official ACU British Championships, there was much to play for.

Heavy rain overnight caused the perfectly prepped track to be boggy in places, but it dried out during the day and all classes managed three races apiece, albeit a shortened last moto for the Pro riders.

The morning qualifying session determined the fastest groups for the adult racers with Tom Day setting the quickest Pro lap on a time of 1:48.518, ahead of George Day, James Bevan, Jamie Morgan and Harry Walker. The pace was hot out front with the top five all posting sub 1:50 lap times, setting the scene for the races ahead. 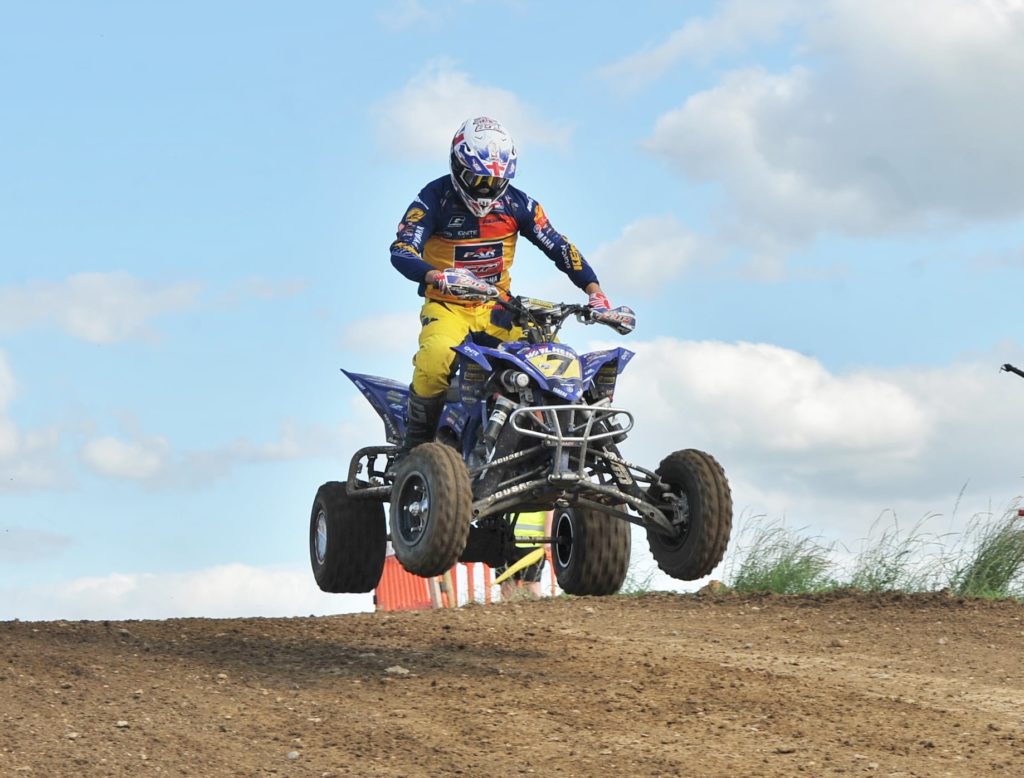 Tom and George Day, Morgan, Bevan and Callum Bates battled hard in the leading Pro group with Day (Tom) taking the fastest lap in the opening moto and Walker in races two and three. Dafydd Davies, David and Simon Hammersley Oli Sansom, Carl Bunce and Harry Miller all featured in the top ten of the uber-fast Pro class. 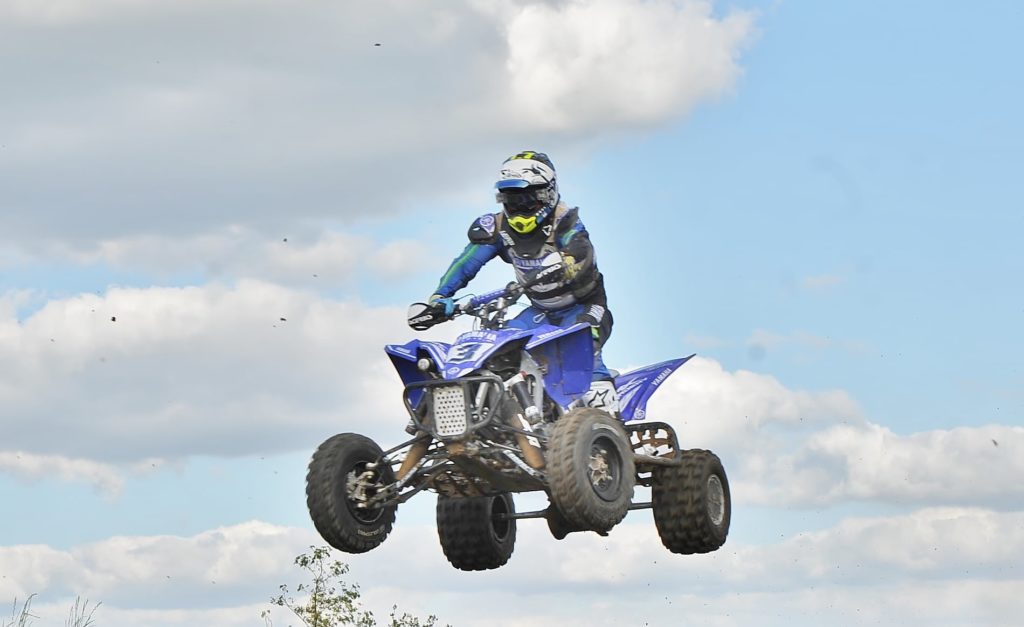 Having recently moved up from the youth ranks, Alfie Walker and Robbie Wood resumed their on-track rivalry in the Clubman class. Walker was on course for a set of three wins but was thwarted while leading the first race when his machine stopped on the last lap. Sam Norris took the win, but Walker was back on winning form in the next two races.

Ed Davies cleaned up in the Masters with Johnny McKnight and Paul McConway keeping him company with tight racing and making their long trip worthwhile. Chris Keitch and Darren Bridge were also in the frame. The new 40-plus age limit put a different mix on proceedings in the Masters B with three different race winners in the category. Richard Clark finished 10th on track and won the class in the first race, Ray Walker did the same in the second and John Hall was the top B racer in the third race, crossing the finish line in 12th overall.

Tom Bainbridge was on fire in the Novice group, taking all three wins, with Bradley Goddard, Catrin Davies, Georgia Lent, Lewis Painter and Harry Walker #169, all on a fast charge and keeping the pace fast. 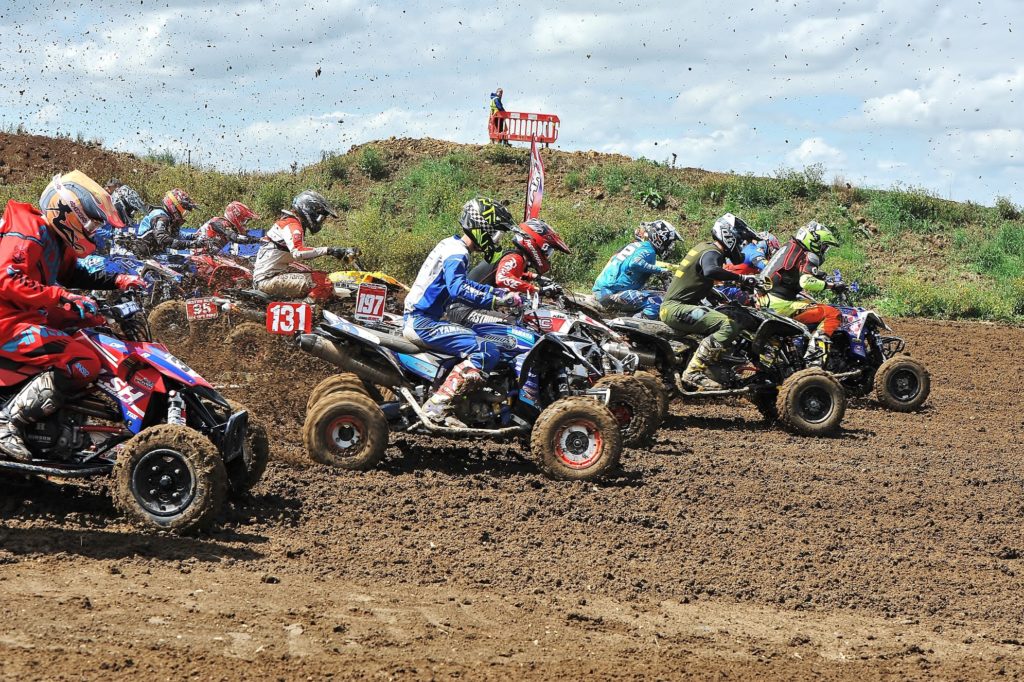 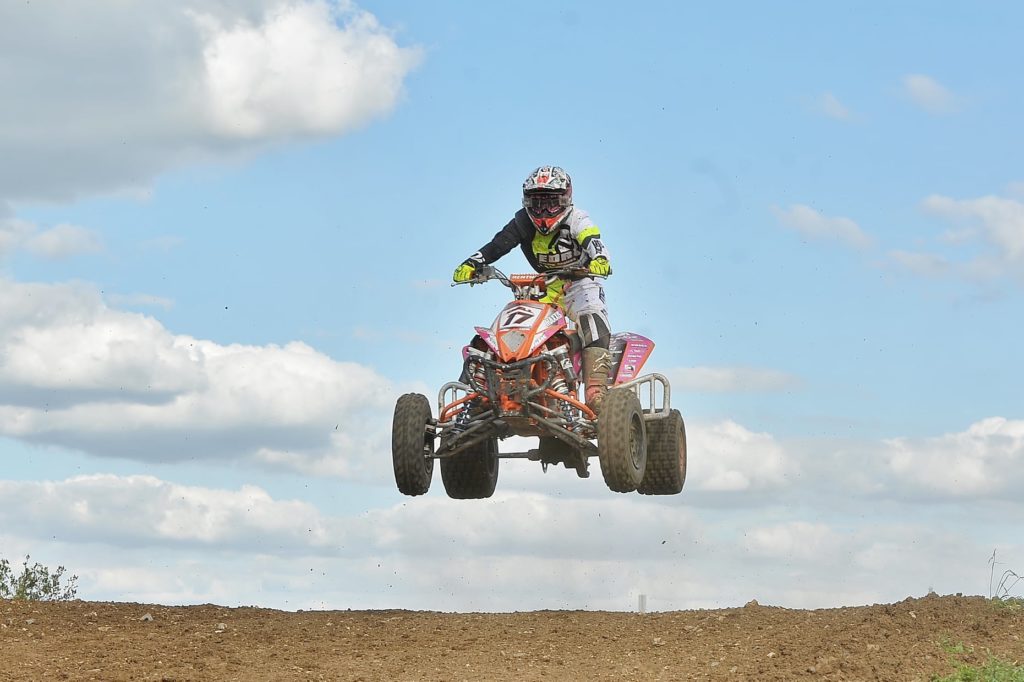 Frank Marston, Louie Holt and Brodie North held their first, second and third places in all three 100cc geared races, while Jay Sam and Seth Balaam shared the winners’ spoils in the auto sector. Harriett Mewse took two wins in the 50cc class, with Beatrix Drinkwater claiming a win and two seconds. The girls also held their own against the faster machines, both finishing in the top eight on track. 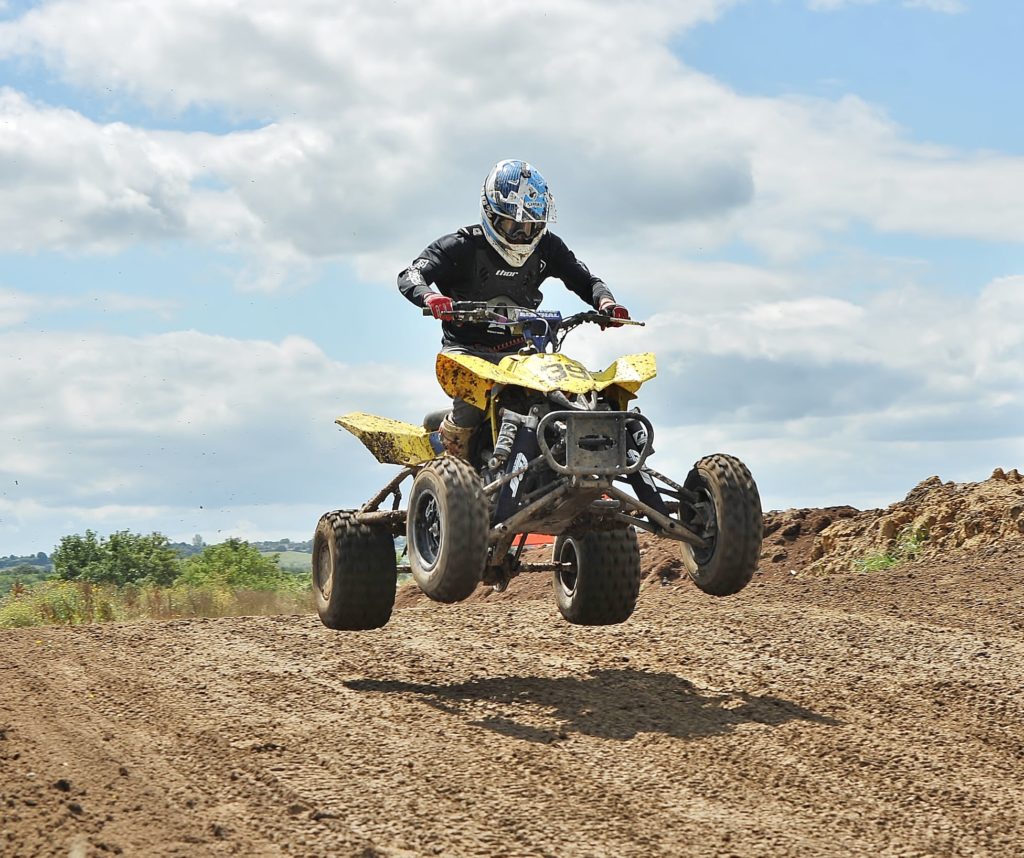 Commenting on the new Nora-MX team’s first race, a tired but happy Richard Shaw said; “We pulled it off and have received great feedback. It was a bit of a learning curve with a brand-new team, but everyone worked together, and the racing was brilliant. We won’t need to repeat the adult Pro and Clubman qualifying again as the classes are now sorted and we feel we’ve achieved our aim of making the racing safer and more competitive. We’ll be reverting to normal race times for the next round at Cusses Gorse and will also be carrying out sound testing as some of the machines were too loud.

“It was a great day, with a great crew and mutual respect all round. I particularly want to thank everyone who helped keep the campsite spotless, you’re a credit to the sport.

“Finally, I want to let everyone know that Shirley is back home and well. She fell down a pretty brutal hole and has a badly sprained ankle. She is of course being pampered and thanks everyone for asking after her. She will be back!” 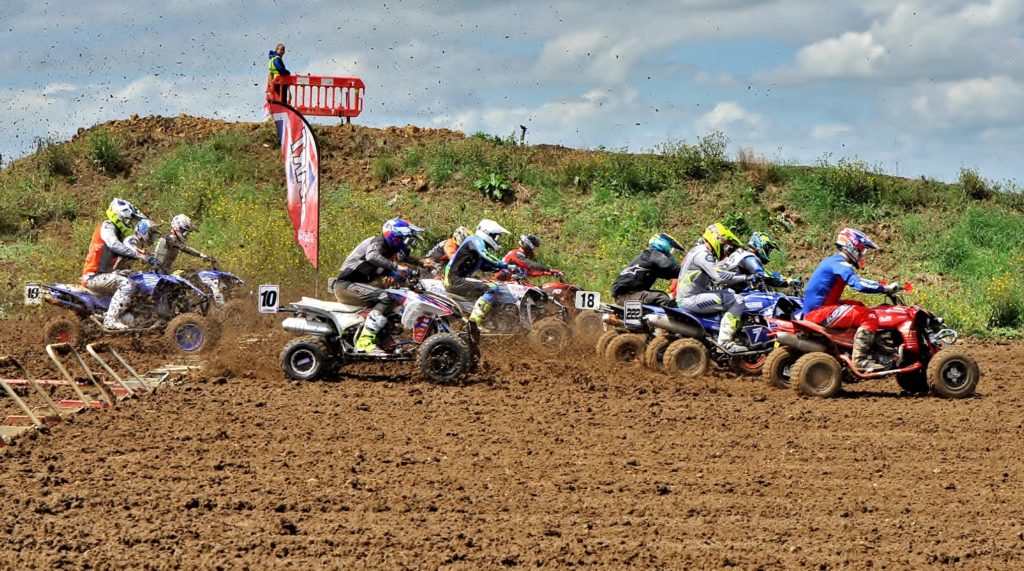 Round 2 of the 2020 Nora-MX Championship will take place on the 2nd of August at Cusses Gorse, SP4 6JW.

Information on entries will be posted on their website https://www.nora-mx.co.uk/ and on the club’s Faceback and Instagram pages. 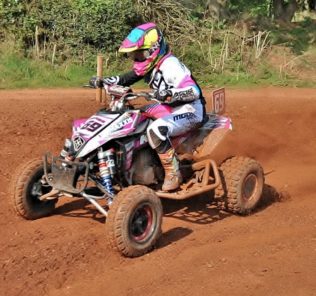 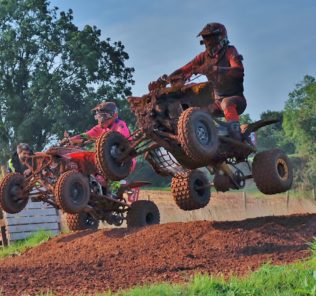 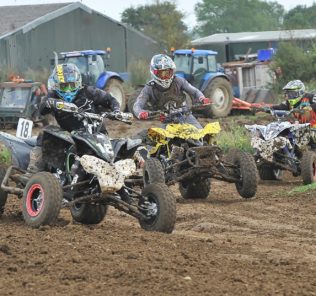 Pulling out the stops! Nora-MX Quadcross Championship Round 3 – Race Report and Results 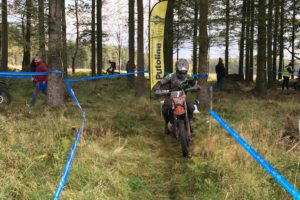 The good Will out! The Putoline Helmsley Enduro – Race Report and Results