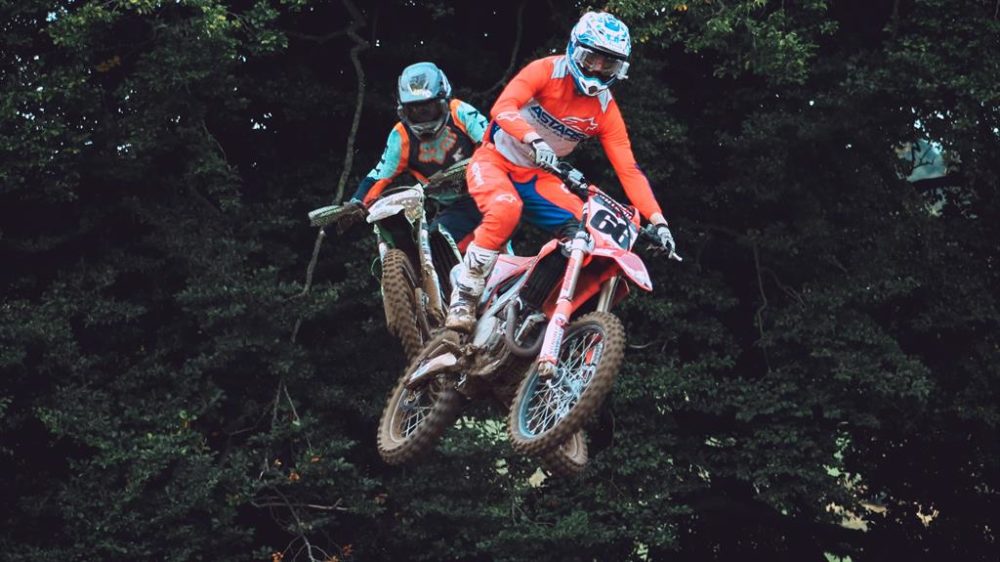 The final round of the 2021 Eastern Centre Motocross Championships, sponsored by Instanda and Stebbings Car Superstore, was held at Lyng, Norfolk, on Sunday.

Hosted by the Norwich Vikings club, the Cadders Hill circuit was in prime condition, and a bumper entry of 200 riders competed at the iconic hillside track.

After the timed qualification sessions, the fastest 40 riders competed in the premier class, with the remaining competitors separated into four support groups.

Current champion, Suffolk’s Lewis Tombs, came to Lyng with a 24 points advantage over Norfolk ace, Luke Parker, in the experts’ class, but with 75 points up for grabs, everything was to be decided on the day. Race one saw Tombs leading, chased hard by Parker throughout the twenty-minute-long race. Kings Lynn’s Calum Mitchell was pushing hard in third place, followed closely by former champion, Luke Benstead, and Newmarket youngster, Sam Nunn. At the finish, Tombs took the win, with Parker only yards behind. A mistake by Mitchell had dropped him to fifth place, with Benstead crossing the finish line in third, just ahead of Nunn. Tom Murphy rounded out the top six.

With the junior grade riders scoring separately, series leader, Callum Murfitt, increased his championship lead. The seventeen-year-old was the leading junior rider, finishing in 11th place, therefore collecting maximum points in his class. His nearest rival, Ryan Gardiner, had earlier had machine problems, which effectively meant that the junior title was settled after the first race. Chelmsford teenager, Liam Bennett, was the second junior to finish in 13th place, just ahead of the young Norfolk ace, Bayliss Utting.

Race two of the premier group saw local ace, Parker, charging to the front on his Kawasaki, this time Tombs was the chaser, and the crowd witnessed some very fast close racing at the front. Tombs made his move on lap six to take over the lead, and despite a strong challenge from Parker, held on to record his second win. Behind them, Benstead held third place for ten laps, until Tom Grimshaw made a strong pass with two laps remaining. Ben Cole and Sam Nunn were involved in a battle for fifth place, with Nunn getting the verdict at the finish. Murphy rode consistently again to take 7th, with Todd Ritchie just behind him.

Murfitt was again the leading junior grade rider in a fine 10th place, after a closely fought battle with Bennett. Ben Gillett rode well for third best junior, just ahead of two more up and coming youngsters, Thomas Harris and Jake Rackham.

The third premier class race saw Parker taking victory, leading each lap. Tombs held second place, content in the knowledge that he had held on to his title, and Grimshaw held off his under 21 British teammate, Sam Nunn, for third place. Mitchell was fifth, chased by Tom Murphy. Murfitt celebrated his junior title win with a fine 9th place, with Adam Reeve next best junior in 11th, followed by Harris and Rackham in 12th and 13th places.

The supporting A group saw overall victory going to lady rider, Kathryn Booth, who was second in the first two moto’s, and made sure of the overall by winning the third race. Local rider, Robert Baldry won the first race, followed by a 4th and 3rd place to claim second on the day, with Joshua Deadman putting in three good rides for third overall.

Charlie Dormer won the first two races in the B group, but struggled in his third race for third overall. Consistent riding from Bailey Jackson, and veteran Steve Atkins saw them 1st and 2nd on the day.

In the C supporting group, Nathan Moulton won all three moto’s, chased home each time by fellow Norfolk rider, Scott Goodson. Ty Atkins was third each time, for 3rd overall, and three wins by Andrew Webster in the D group saw him easily the overall winner. 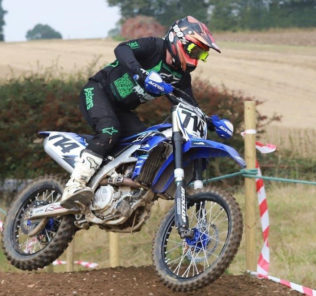 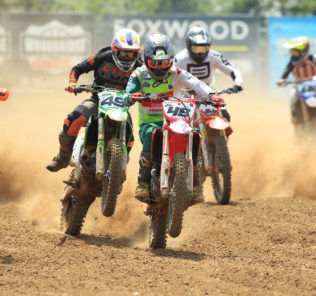 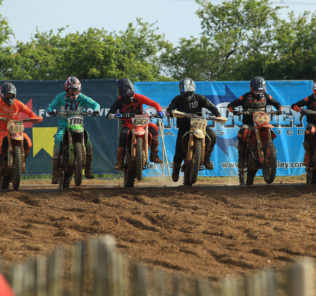 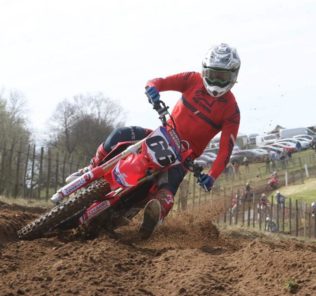