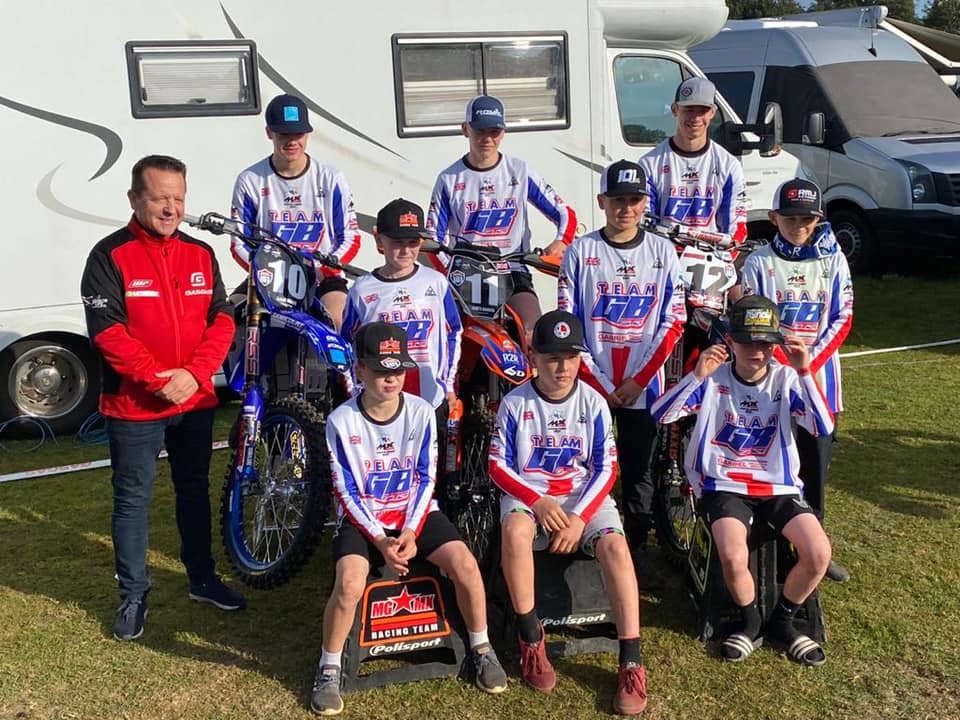 While the senior Team GB riders are in Italy at the Motocross of Nations the Team GB youth team are also competing in their own event the Coupe De L’avenir in Belgium which is essentially the youth version of the MXON.

Like their elder statesmen in Italy, the future of British Motocross put in a fantastic performance in today’s qualification races with the 65cc trio of Robbie Daly, Alfie Geddes-Green and Olly Waters finishing their moto in second, fourth and eighth respectively giving them second gate pick for tomorrows main races.

It was a tough moto for the 85’s with falls hampering the results. Ryan Waggott was the top Brit finishing in 26th with Charlie Richmond just behind him in 27th. Will Haddock came 30th. 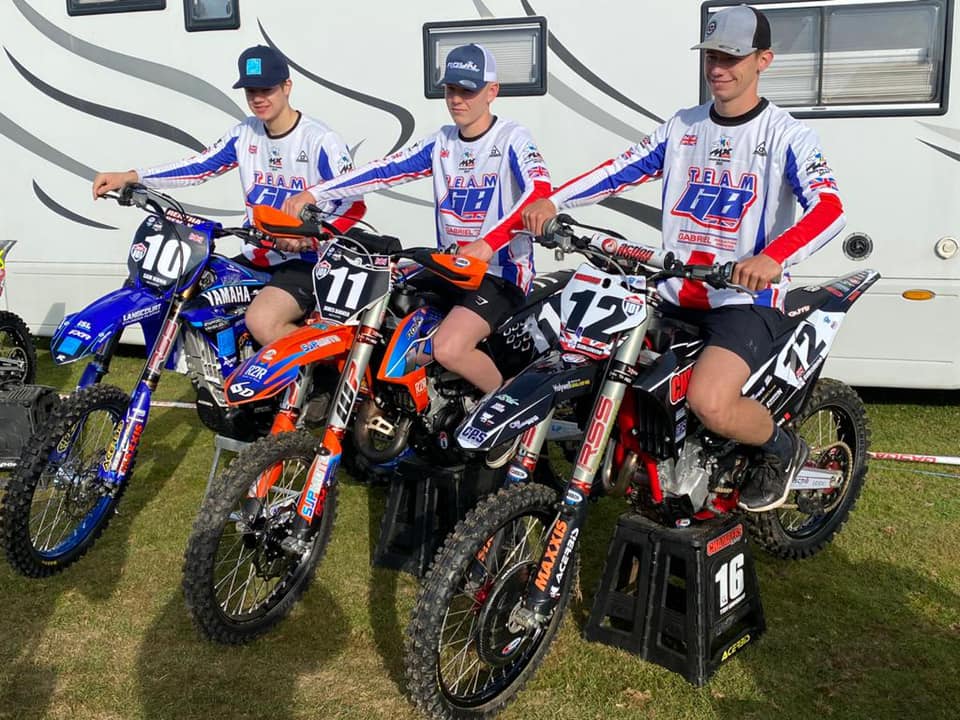 Saving the best to last and the Open class which saw Tom Grimshaw and Sam Nunn taking third and fourth, and with James Barker working his 125 into 26th they would qualify in first giving them the number one gate pick for tomorrows motos.

Team Manager Dave Garland said of his young chargers “As a team manager all you can ask for is 100% from every rider and today that is exactly what I got. Battered and bruised the 85 riders have a big task on their hands after a poor qualifier, but they know they are far better than their results and tomorrow theyhave a chance to put it right. Both the 65 and Open riders are right at the sharp end and I’m expecting some great results again. Today I was very proud to manage Team GB and I hope we can put the country back on the MX map tomorrow.” 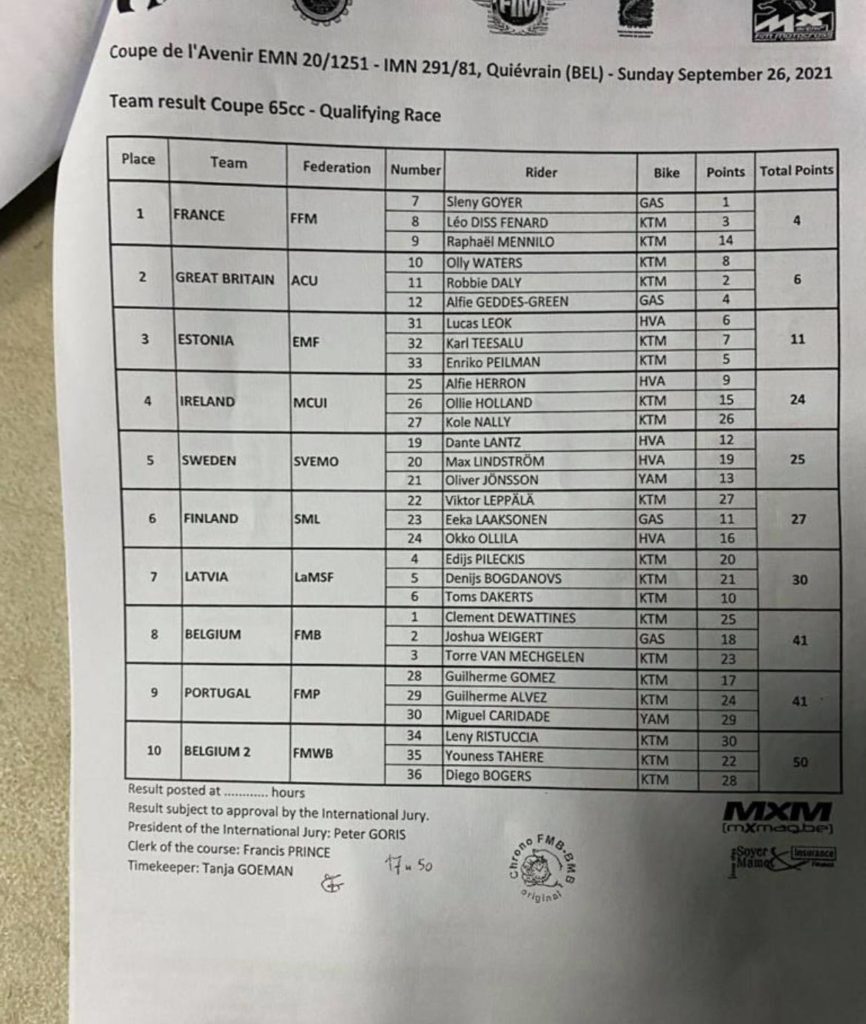 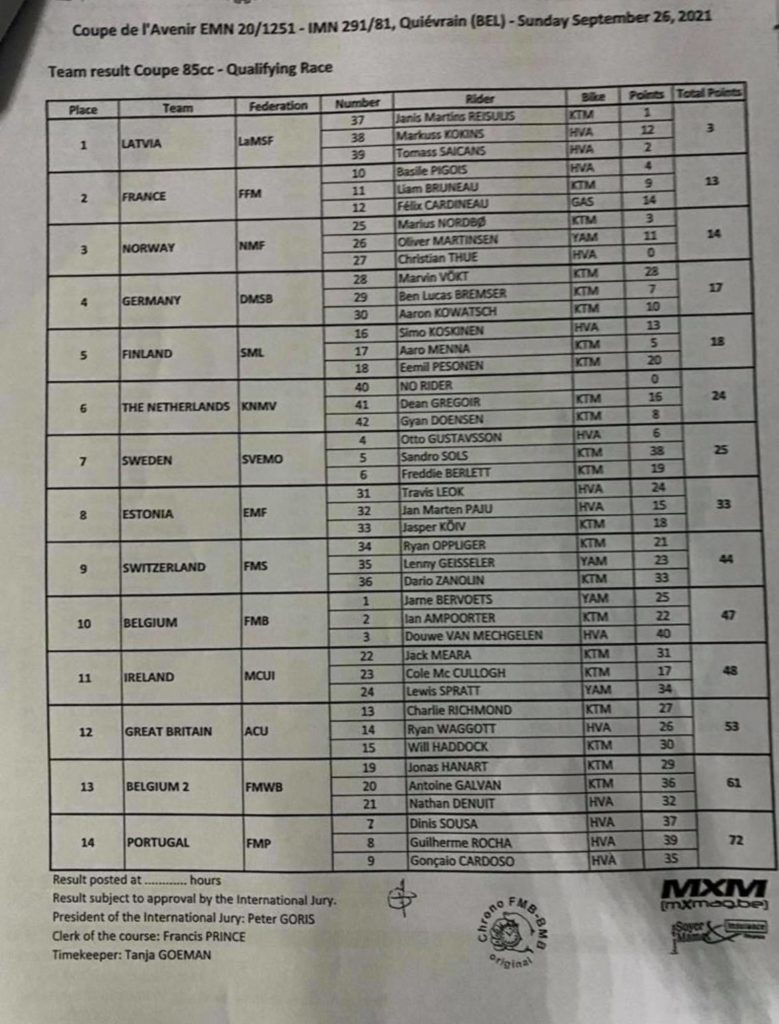 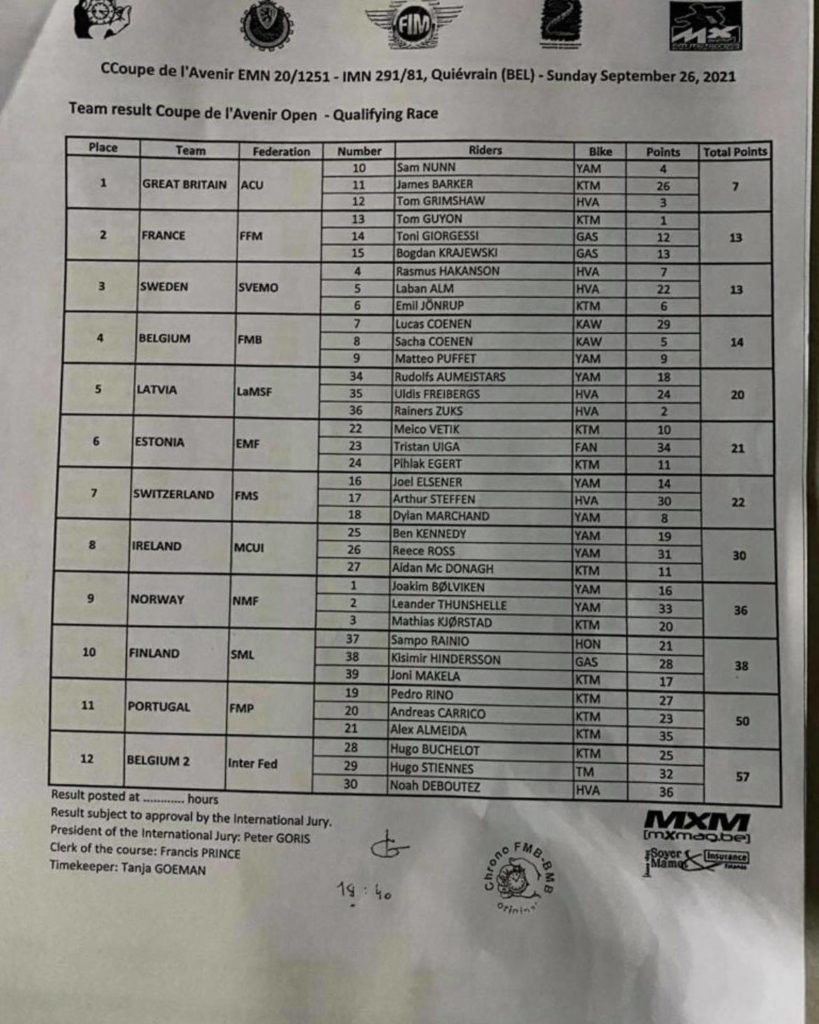 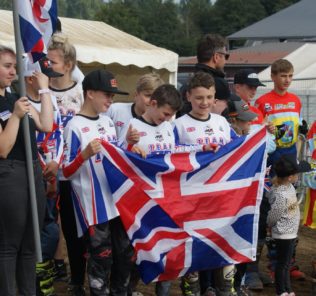 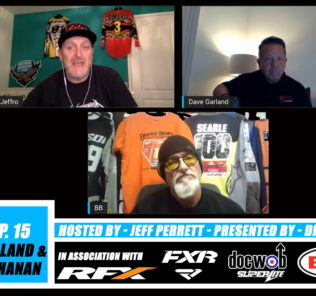 Ireland just miss out as Finland go through! 2021 Motocross of Nations B Fina...