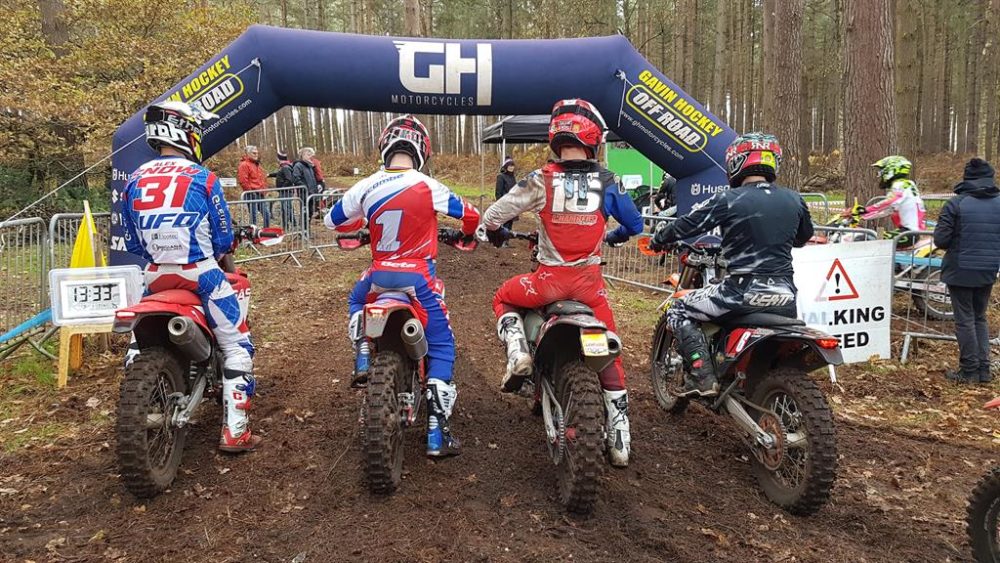 On 21 November Diss MCC Ltd ran the fifth and final round of the GH M/cs Husqvarna 2021 ACU Eastern Enduro Championship.

Andy Waters and his hard-working team had prepared the event to the usual high standard and the weather leading up to the event had been good meaning the 15-mile forest course and 1.6-mile test were in perfect condition.

Nearly 200 riders would face the familiar Muntjac format with the special test near the start. After early sunshine some showers rolled in to make the leaf covered test slippery and challenging, particularly for the early championship riders.

Luke Parker having his first UK ride on the 350 Matt Pope Gas Gas was first man away and despite a close call on a corner near the start managed to put in a blistering first test time, but all eyes were on our two world class visitors who weren’t far behind. Steve Holcombe 390 Factory Beta finished just 0.04 of a second in front whilst Alex Snow on his 350 Gas Gas had to settle for third some 2 seconds behind Parker. Young MX star Tom Grimshaw on the 250 Chambers Racing Husqvarna showed great pace through the trees and slotted in 2 seconds behind Snow with regular top local enduro rider Ben Cole on his 450 GH Husqvarna a further 2 seconds down in fifth. 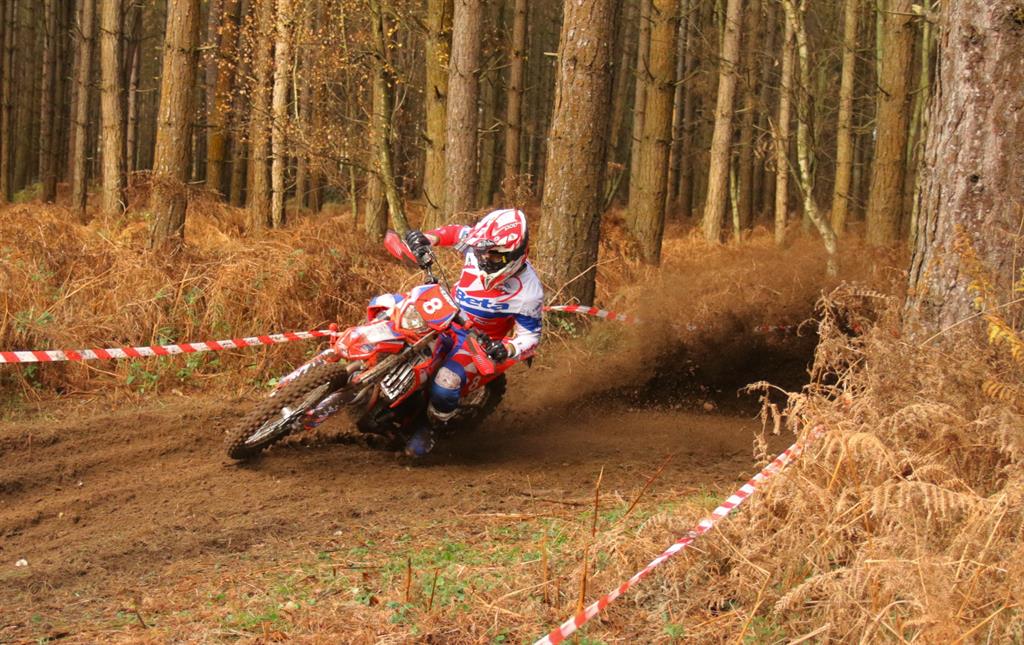 By the time the championship riders returned for their second test the early slime and leaves were long gone and the familiar bumps and berms were back. Test times were bound to drop and they did!!  Again Parker was first man away and his second test was almost 10 seconds faster. Cole was second man away and his test was 4 seconds faster than his first and again all eyes were on Holcombe – what could he do? When the timing screen confirmed his time, he’d gone 9 seconds quicker than his first test but our ace from the east (2019 ACUE enduro champion and 2021 ACUE MX runner up) was in front by 0.4 second after the 2 tests, but for championship riders there were 3 more tests to go. Snow, Grimshaw and Cole maintained their positions to lock out the top five.

Test three saw Holcombe regain control with the fastest test of the day of 3.48 and whilst Parker was again flying his third test of 3:52 saw Holcombe move back to the top of the leader board almost 3.5 seconds ahead. Parker was in a super strong second place almost 11 seconds ahead of Snow but championship runners would return for back to back tests on lap four.

As expected, Holcombe maintained his advantage and won both remaining tests. Parker was again second fastest on test 4 but Snow was coming to terms with our forest test and was only 0.3 seconds behind Parker on his fourth test. Holcombe rounded out his day on the tests with the second fastest test time of the day to seal his advantage after the 5 tests. Finally Snow managed to edge in front of Parker with his best test time of the day but Parker was close behind with only the top 3 managing to have tests below 4 minutes on the now heavily bumped and bermed test.

After the 5 tests Holcombe was 12 seconds ahead of Parker with Snow a further 7 seconds adrift. Grimshaw had maintained his early form and was settled in fourth with Cole still fifth. The riders were then warmed up for the two final laps culminating in a 33-minute final lap. 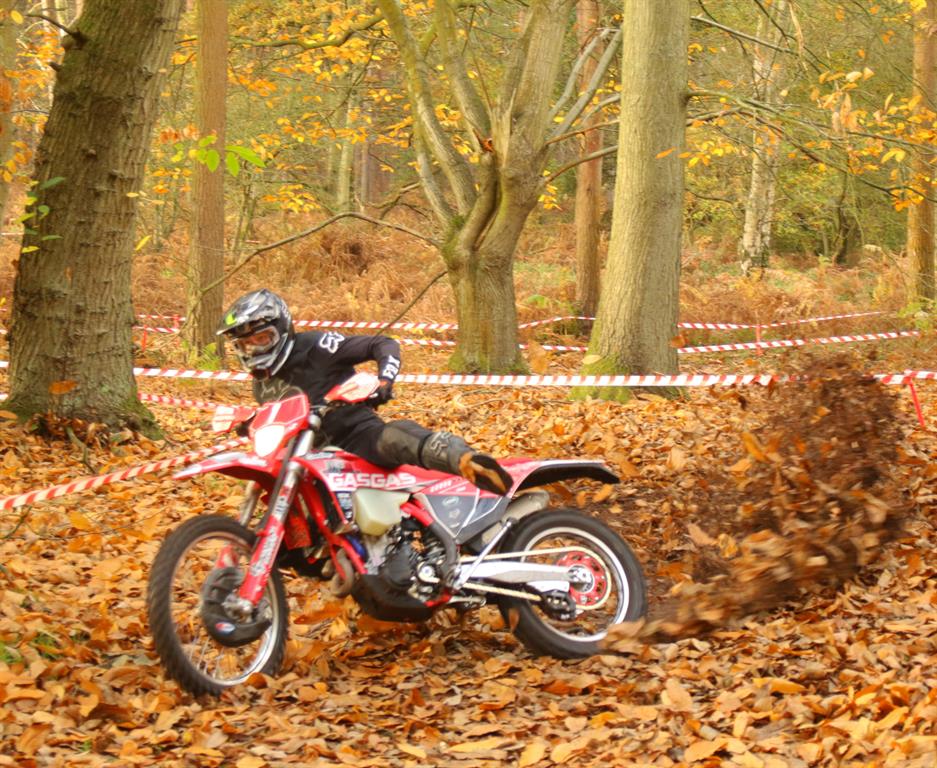 Who would be the first to finish the final demanding lap and would it be within the 33-minute time allowance? As expected, Snow and Holcombe were the first men home with 4 minutes in hand, so their places were comfortably confirmed. Our 2 East Anglian stars weren’t far behind. Parker was next man home and he had 2 minutes in hand and Cole joined the party shortly after also with 2 minutes to spare. Both riders demonstrating why they are the front runners in the ACUE eastern championship but Parker’s performance both on the test and the going was outstanding and reinforced his ability and is the very worthy 2021 ACU Eastern champion.

The expert class was also hotly contested. Rising Eastern Centre star, current leader of ACUE expert class and BEC best clubman in 2021, Jake Roper on his 250 AJN Steel Stock KTM was in great form. He topped the time sheets on the first test but was closely followed by visitors, Adam James 300 ET James Sherco a mere 0.09 seconds behind and Daniel Cooper on his 125 Dynamic Water Solutions KTM 3 seconds back in third. The second test saw Roper again just in front, but this time Lee Sampson on the 300 Steer Sherco was on his heels, just 0.1 seconds slower with Steven Cooper 250 Dynamic Water Solutions KTM in third. 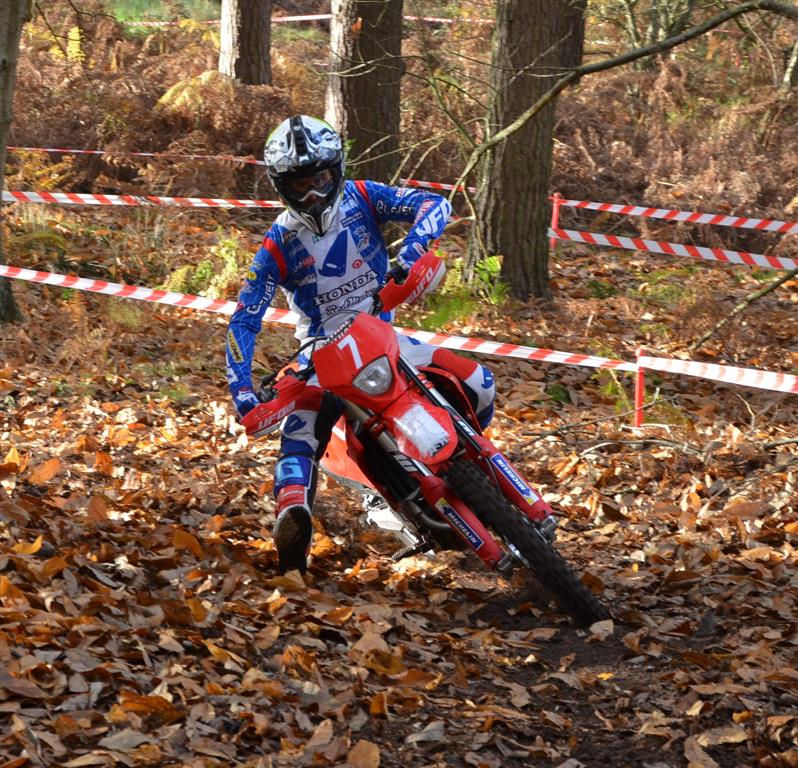 The third and final test for the experts saw Sampson fastest and recording the fastest expert test time of 4:20 but Roper was close just 1.5 seconds behind him. This saw Roper leaving the test with just over 3 seconds advantage over Sampson with Steven Cooper holding on to third some 8 seconds behind Sampson. Adam James and Daniel Cooper rounded out the top five after the 3 tests. After their third lap experts would then face 2 further fast laps with a 34-minute final lap to confirm the outcome.

Roper maintained his position with a minute in hand at the final check. Matched by Steven Cooper and 6th placed finisher Will Trigg on his 250 KTM but the remainder of the top 5 managed to come in on time maintaining their positions. This meant that Roper not only won the event but also took overall victory in the ACUE expert class.

The expert veterans saw trials ace Julian Harvey on the pace on his 125 KTM. He topped the times on the first 2 tests and a third place on his final test saw him leading after the 3 tests, some 3 seconds clear of John Shirt 350 Gas Gas with Arron Crowder 350 KTM 1.5 seconds back in third place.  With a gaggle of riders having 2 minutes to spare on their final check the positions were maintained. Ever consistent Paul Spurgeon, 300 Husqvarna finished in 8th but this was enough to secure the ACUE expert veteran class win.

The clubman class was dominated by visitors with the battle between Doug Lote 250 Beta and Jack Arnold 250 KTM finally going in Arnold’s favour with Jack Probert 125 Sherco in third. With Joe Henthorn already the victor in the ACUE clubman class and riding expert Barnaby Knight, KTM secured runner up in ACUE clubman class with a fine fourth place. 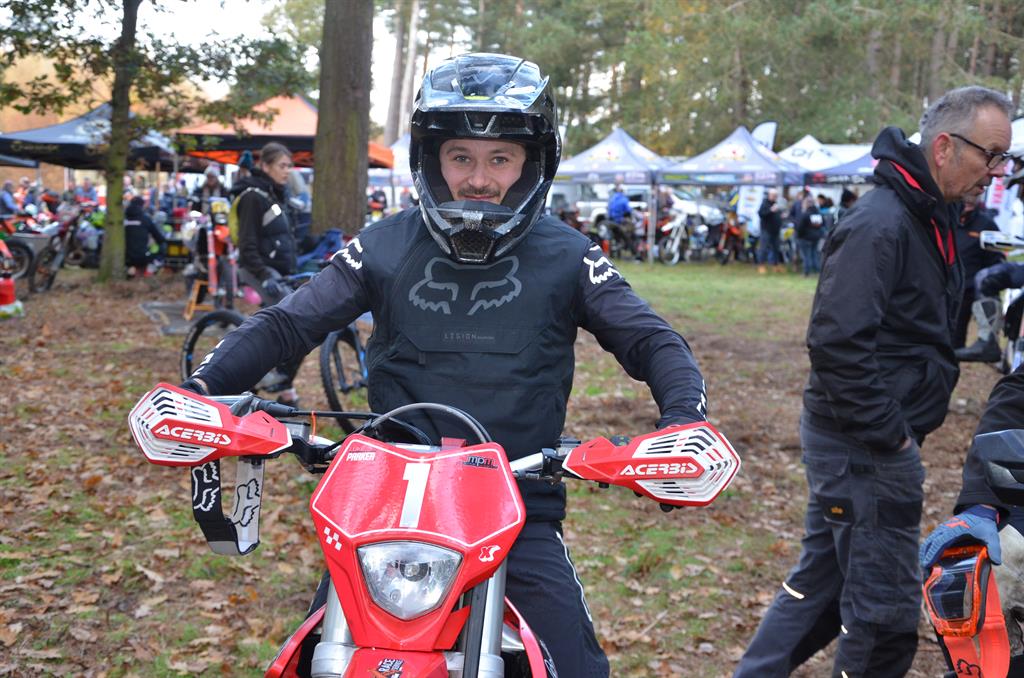 Local Diss club rider Jason Naruszewicz dominated the clubman veteran class he won both tests and was one of only 3 riders to come in on time on the final lap to secure a well-earned victory. Raymond Otoka, 250 Husqvarna took the runner up spot from Witley Club rider Neil Bowker on his 125 KTM. Paul Belton, 250 KTM came in fourth and this was enough for him to secure the ACUE Clubman veteran win.

The clubman super veteran class was the second biggest class with 36 starters. Another Diss MCC stalwart Mark Chapman, 250 KTM topped the time sheets on his first test and his second place on the second test was enough to see him finish 5.5 seconds clear of John Hilton 300 KTM with Richard Squirrell 250 KTM third and event sponsor Gav Hockey next and fourth. Chapman, Hilton and Adrian Wilkins came in a minute early with all the remaining super veterans losing time. With one-minute penalties Squirrell and Hockey were able to maintain their third and fourth positions and Adrian Wilkins rose to fifth with no timecard penalties. With his strong second place finish Hilton confirmed his place as ACUE Clubman Super Vet winner.

As we’ve come to expect Andy Waters and his hard-working team delivered another excellent and very successful event but thanks as ever must also go to the Forestry Commission, the first aid team, officials and all the many helpers and marshals without whom we couldn’t run events. Our focus now turns to the Santon enduro which is scheduled for Sunday 27 February 2022 – hope to see you all there!!!

The Muntjac Enduro is back!
Read More 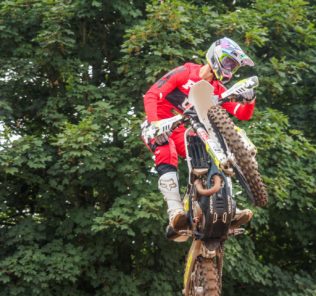