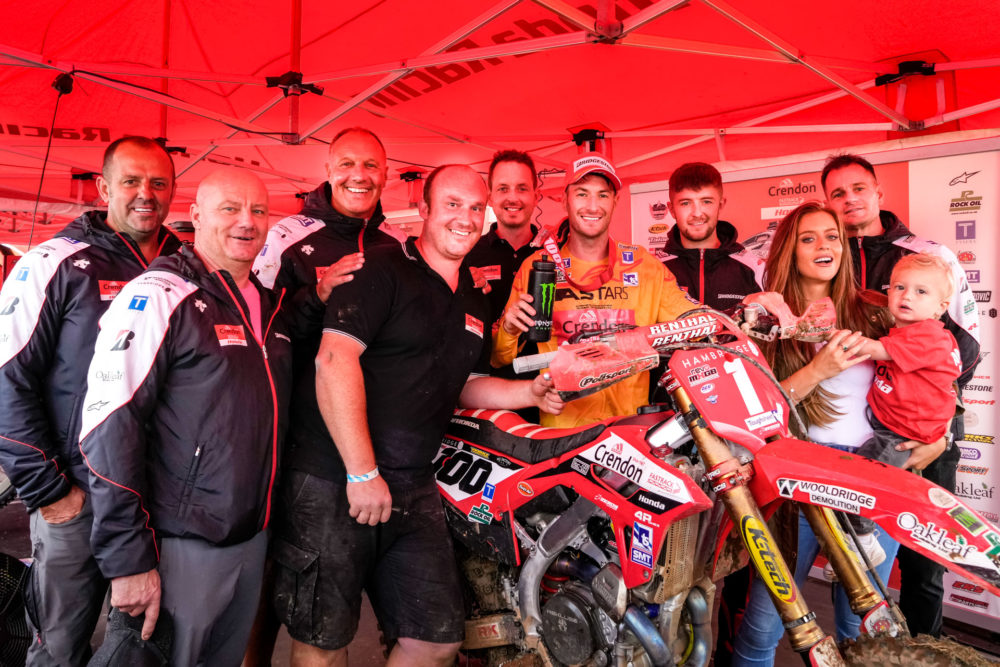 Tommy Searle clinched the British MX1 championship crown for the Crendon Fastrack Honda team after a stunning ride in the final round of the series at the Landrake circuit in Cornwall. And it was a best ever finish for his MX2 team-mate Jay Hague who signed off the year with a second overall.

Searle started the day level on points with his title rival Harri Kullas. But the confident Honda man was in dominant form in the opening race, taking the lead on the very first lap and pulling away to an emphatic win on what is one of his favourite tracks. It was the perfect time to clinch his first moto victory of the series. 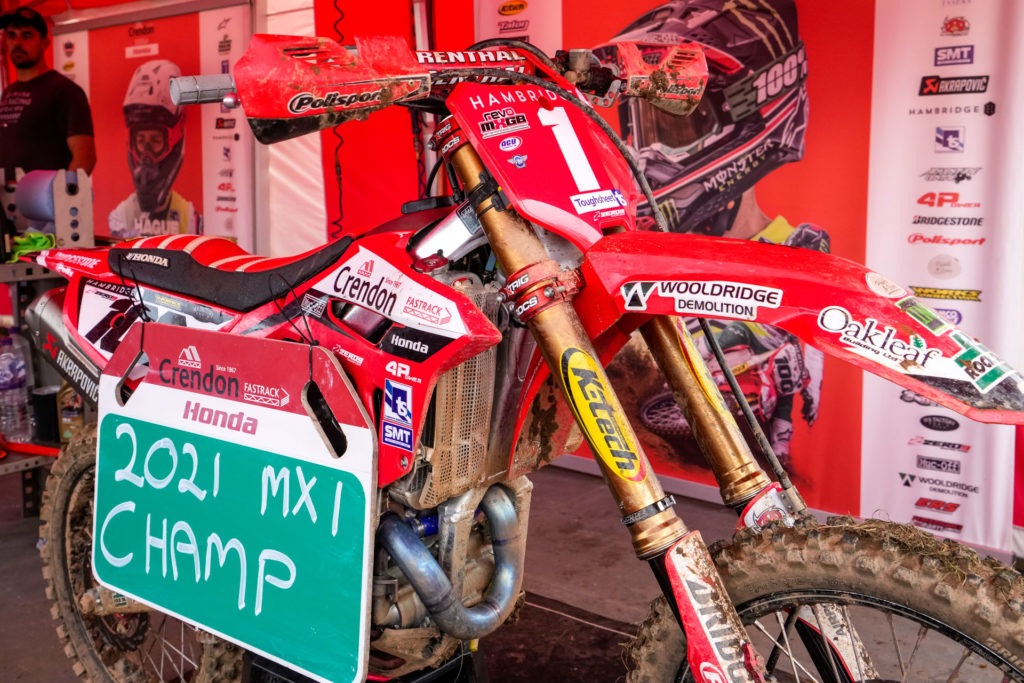 In the second moto Searle once again put his Honda CRF450R in contention near the front of the pack, then rode a controlled race to stay out of trouble and safely bring the Crendon Fastrack machine home in third place. That gave him the British championship, winning by ten points from Kullas. The 32-year-old wheelied across the finish line and was mobbed his team and fans, marking the end of a thrilling season.

Tommy Searle said: “I knew it was going to be a big race as Harri has ridden well all year. But I’d worked really hard for the past four weeks to get ready and was a lot more confident than I’d been all season.

“It started off well as I got first British championship win, then I knew all I had to do to clinch the title was to finish right behind Harri. But I was running second, made a small mistake and dropped to third and knew it was enough to get the job done.

“I’d like to say a big thanks to the whole Crendon Fastrack Honda team. Everyone has been so great and this is a brilliant end to a great year.” 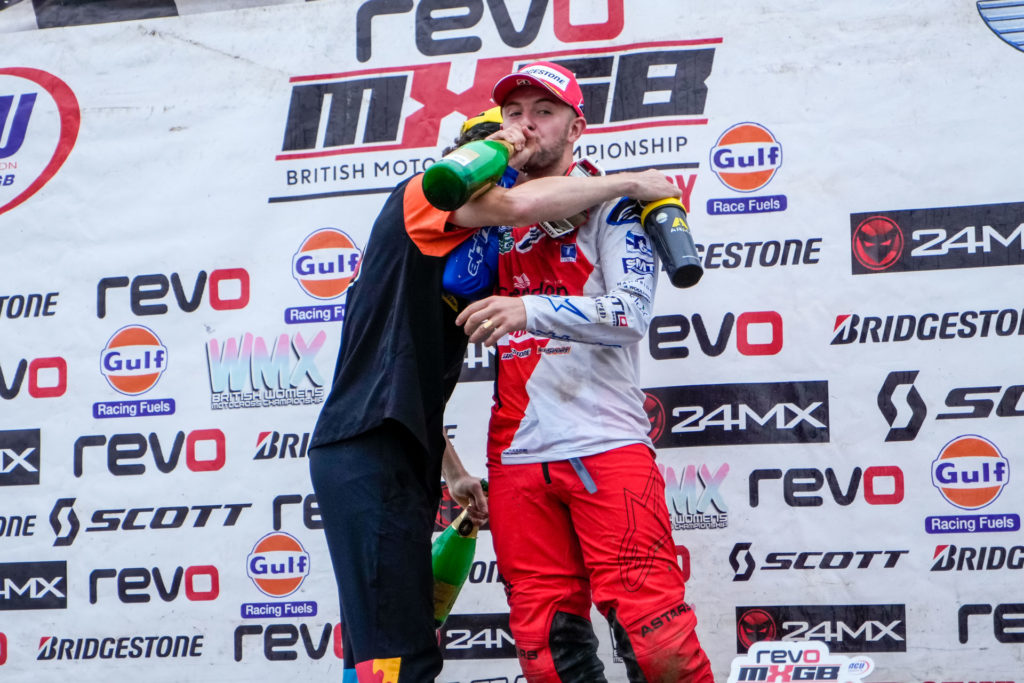 Hague started the day with a stunning ride to second in the opening race. He came through from a decent start and picked off his rivals on his way to second, although the leader was out of his grasp.

The North Easterner also used the power of his Honda CRF250R to get a good start in the second moto and was engaged in a race-long battle for second with Brad Anderson and John Adamson. On the final lap, Hague moved into third place to take second overall. 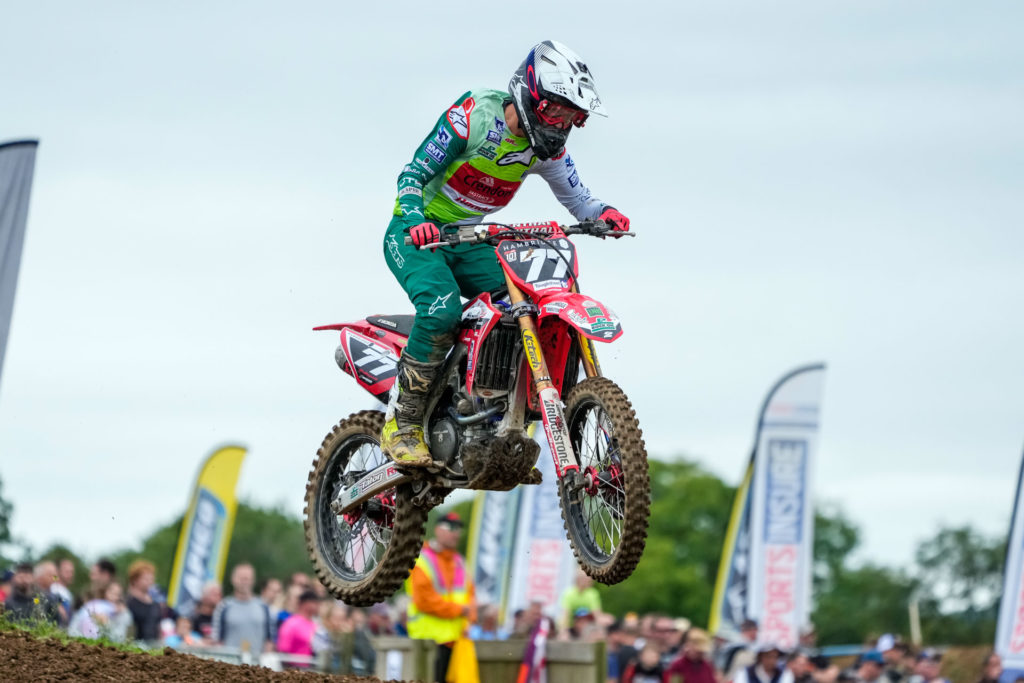 Jay Hague said: “What a way to end what’s been an up-and-down season for me. It’s my best result of the year, with my best individual British championship race result and overall. The bike has been great – the best machine I’ve ever ridden. The team have been fantastic and I have learned and progressed so much. I’m so happy to end the season on the podium and spray that champagne. And of course congratulations to my team-mate Tommy Searle on winning the MX1 championship.”

Team boss Dave Thorpe said: “Jay showed today what consistency can do and he rode really well. I was so pleased with his performance. And of course Tommy is a phenomenal athlete. There was a lot of pressure on him and the team today and he pulled it out of the bag. He rode brilliantly and I couldn’t fault him.

“Of course it’s a team effort and the whole team have been incredible. Honda has been amazing, and everyone who supports us have bene fantastic. For the team to win here, which is a local race, is very special and I’m really happy.

“It’s a shame Jake Nicholls couldn’t be here riding so we’d have the whole team together but his focus is on 2022 now and get fully fit from his injuries this year. But it’s been a tough season for everyone, and we are ending on a high.” 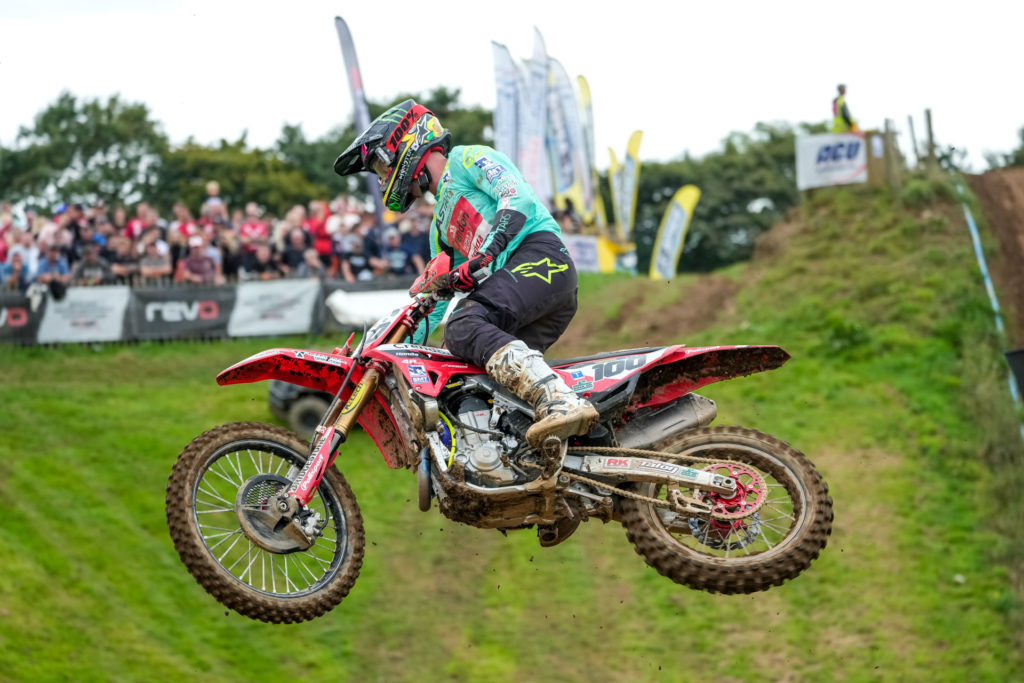 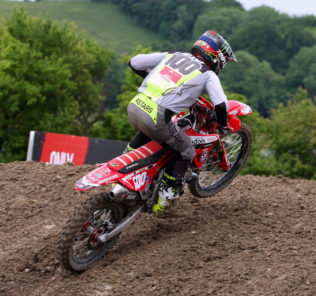