The impressive Boarded Circuit in Cornwall staged the 2019 British Youth Grasstrack Championships on Saturday, beginning a whole weekend of racing action at the venue. Some great racing involving some of the sport’s hottest prospects unfolded, and some very deserving winners were crowned.

In the youngest of the youth classes, the auto cadets, Essex-based Archie Rolph continued his excellent form by storming to five wins. His season-long rival, Oliver Bovingdon, had no answer to him, but looked like he would claim second. However, mechanical failure would strike Bovingdon in his final race, losing him second place to vastly improved Rylan French.

The Cadet class saw another solid performance by Cooper Rushen. He too had his share of misfortune as he seemed to have mechanical trouble in his fourth race. This was the only time that last year’s Auto Cadet champion Ollie Binns was able to beat Rushen. For this talented youngster, it is a fourth successive British title. He is clearly going places!

The increasingly popular Junior class saw another blistering performance from Max Perry. The youngster won all of the Junior races from tapes to flag, but the battles going on for the other places were simply magic.

George Colvin, whose special dispensation allows him to ride in the Junior class a year early, had to fight and scrap all afternoon to earn his runners-up spot. Channel Islander Thomas Vining was riding some excellent first bends to get himself into a good position, but Colvin roared around the outside of the whole pack to get into second. He didn’t have enough speed to catch Perry in front, however. Another rider all the way from Essex, Rico Joyce, was in amongst the action all afternoon, but he too suffered engine problems and missed a race. Former youth road racer Corey Stainer got quicker as the afternoon progressed, finishing up with a good third place behind Perry and Colvin. Vining had done enough early on, however, to secure third. Brilliant racing from this class once again.

The oldest youth class, the Intermediates, saw disaster strike the reigning champion. Mickie Simpson started as firm favourite, but tragically he was plagued with a mysterious problem all day. The champion only managed to contest one race in a weekend to forget. Meanwhile, Cameron Taylor stormed to five excellent wins to claim back-to-back British titles. Taylor, who is of the famous RTS family, is only in his first year in the Intermediate class and must be delighted to claim the championship spot.

The British Under 21 title saw reigning British Masters champion Zach Wajtknecht put on a high speed display for all to marvel. He won all of his races in convincing fashion. Luke Harris and Henry Atkins squabbled over second all day long, with Atkins clearly struggling with a niggling injury which has hampered his 2019 campaign. Harris overcame Atkins in their final meeting to claim 2nd overall.

The Quad class started their first of two days of racing. Geoff Glover was very impressive, winning all five of his races. Pre-meeting favourite Nick Wright had a poor first heat, but went on to win his next four rides. Glover, who had beaten Wright in that opening race, made no mistakes and claimed day 1 of the quads.

Well done to all of the new national champions. The club then shifted its focus to their second day of racing- the Westcountry Winner. 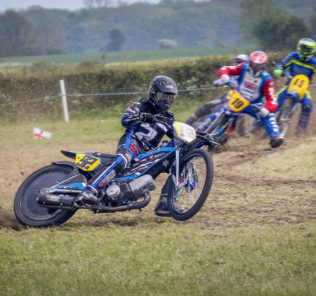 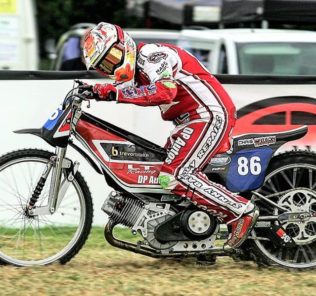 My Greatest Race with Paul Hurry!

Origins of the future! WOR MXC Round 2 – Race Report and Results
Next