The Bridgestone British Masters returns this weekend with round two of their 2021 Championship at Sherwood in Nottinghamshire.

Unlike the opening round at Hawkstone Park, fans are able to attend this time around and they are sure to be in for a real treat with a great entry of Pro racers set to do battle.

Cab Screens Crescent Yamaha racer Harri Kullas will be looking to make it a clean sweep winning the last rounds of both the ACU British MX Champs and the MX Nationals but he will have stiff competition from the likes of 2018 champ Elliott Banks-Browne, the in form Liam Knight, who sits second in the series, Dan Thornhill, Brad Todd, Todd Kellett and Josh Spinks.

Ashton Dickinson went 1-1 at Hawkstone and will be looking to extend his points lead over fellow title contender John Adamson.  The podium will be closely contested with stacks of young talent on show including Ike Carter, Jamie Carpenter. Tom Grimshaw, Lewis Hall and Sam Nunn.  Throw in the experienced Steven Clarke and Michael Ellis and you can see that the podium spaces could be anyone’s.

Alfie Geddes Green and Robbie Daly went at it hammer and tongs at Hawkstone and with just four points separating them expect this battle to be resumed.

In the Small Wheel 85’s Reece Jones was in sublime form at the last round but the likes of Drew Stock and Jamie Keith will be out for revenge.

The Big Wheel 85 class is rammed and the series topping trio of Billy Askew, Wal Beaney and Tyla Hooley will be fighting hard for glory.

Kayde Rayns, Ben Clark and Harvey Cashmore are only separated by six points at the top of the MXY2 standings so expect their to be fireworks in this group.

The 125’s threw up some epic action at Hawkstone and Ollie Colmer and James Barker are tied for points, so who will come away from Sherwood with the red plate is anyone’s guess. Watch out also for the super talented wildcard Charlie Heyman because this kid is quick!!

Adam Wells, Edward Briscoe and Aaron Patstone are in the driving seat for Amateur MX1 honours while in Amateur MX2 Alfie Jones is in the hot seat with Patrick Jackson and Rory Jones leading the challengers.

In the Clubman class Mark Kinsley maxed out in round one, but he will have the likes of Max Wood and Karl Jenkinson looking to turn the table at Sherwood.

Spectator tickets can be purchased on entry to the venue at a cost of £10 per adult, £5 per child, and under 3s are free with this including entry for the whole weekend!

Bridgstone British Masters heads to Sherwood for round 2!
Read More 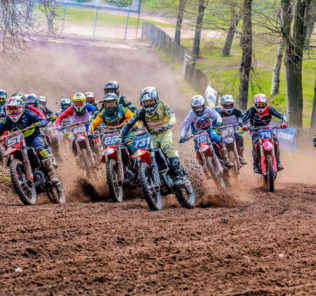 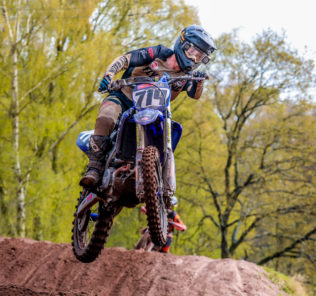 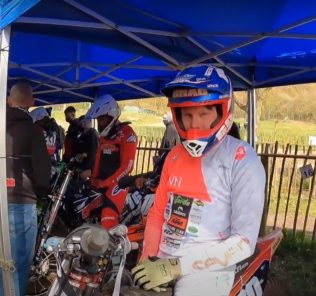 Date Changes for the ACU British Sidecar Cross Championship
Next

The Brits abroad! MXGP of Russia Preview – The British perspective!
Be Social…