The Apico Husqvarna team returned to Canada Heights, this time for the 3rd round of the Michelin MX Nationals, in good spirits and ready to compete against the best MX riders in the U.K. With Matt Burrows still not ready to compete after his ankle injury, the team lined up with Stuart Edmonds in Pro MX1, Jamie Law in Pro MX2 and Jack Lindsay in Expert MX2.

With Pro’s and Experts running together Jack and Jamie were first out in MX2, in matching Answer kit, they polled together in 7th for the Pro MX2 and Expert MX2 respectively. Stuart struggled to find a clean run though managed to get 2 quick laps in which was enough to secure the 8th gate pick.

Saturday was not the day for the plucky Irishman. In race 1 Stuart managed to get out the gate in 9th before making a pass for 8th by the midpoint of the race. Stuart then lost several places as his suspension setup didn’t feel right on the hardpack areas of the track. He managed to recover back to 10th at the flag. Race 2 was a different story. After swapping his suspension and the bike feeling much better, Stuart got a decent start and seemed to have just settled into the race when the chain was thrown, and the gear selector broke after getting caught in a rut while rounding a tight corner. Quitting is not a word in Stuart’s vocabulary. As several laps went by, Stuart managed to get his chain on and remove his gear selector to get going again. He passed a circulating rider to finish 19th.

Sunday was a much better day for Stuart. In race 3 he got a great jump out of the gate and set about picking off riders showing brilliant riding as he got stronger throughout the race. After getting his quickest time on lap 9, Stuart finished in 5th at the flag. After that performance, Stuart was in good spirits and ready to go again for race 4. He got a good start, though went down in the second corner with a group of riders and remounted 4th from last. His frustration was clear and it seemed to release something in him as he went about making up half a dozen places in the first lap and then again on the second. He climbed back up to 8th before hitting neutral in a corner at the bottom of the track and finishing 9th for 9th overall at the event.

After a great start in race 1 and running in 6th Jamie had a technical 2 laps from home. That said, Jamie still managed to finish in the points in 16th place instead of having a DNF. After fixing the issue with the bike it was onto race 2 with another start well inside the top 10 though Jamie made a mistake on the first lap going up the step up at the bottom of the track and hit his shoulder hard. He still remounted, fuelled by adrenaline, and pushed from dead last passing several expert riders for 16th in class at the flag.

Sunday was a fresh start, a new day, or so we’d hoped. After receiving shoulder treatment and having it strapped up, Jamie was ready for races 3 & 4. As the gate dropped, it was at the top of the start straight where disaster struck. It wasn’t clear what caused Jamie to go down in a group of riders, though another rider managed to hit him with their footpeg in the lower back and coccyx area. After the initial panic, as Jamie hadn’t got up off the floor, the medics managed to ascertain that Jamie hadn’t seriously hurt himself. Jamie made his way unaided from the track to his camper, though his day was over. We all wish Jamie well and hope to see him at the next round after the weeks break.

Jack chose to run in the Expert Class at The Michelin MX Nationals rather than the Youth Class to help with his transition to pro racing next season. He looked comfortable in race 1 getting a good start and riding his race to the flag finishing in 6th. In race 2 Jack had battles with teammate Jamie, which was good to watch though didn’t change the position for either rider in their respective classes. Jack crossed the line in 8th. In race 3, Jack had a terrible start, though got his head down and passed a number of riders, several at the same point in the track where he had his passing manoeuvre dialled. Jack was again, 8th at the flag. The last race of the day saw Jack finish in his best expert place of the weekend in 14th and again 8th in class for 8th overall in the Expert MX2.

“It was a testing weekend for all involved. We had an issue with a fouled plug on Jamie’s bike in his first race, though he still managed to finish in the points. Stuart had technical issues in the first race that we managed to resolve with a suspension swap-out. While Sunday was a better day for Stuart, Jamie certainly had us all worried in race 3. I’m happy to say he was able to walk away from the incident and after some rest and recovery, we’re hoping to see him line up again soon.

“Jack has stepped up where he could have taken an easier route in the MXY2 class, though is showing he’s preparing for the challenge of pro racing in the future by competing against the Adult Experts.

“It pleases Anna and I that everyone enjoys being part of Apico Husqvarna, which is evident when we all get together on a Saturday evening and have our team meal. All the team are giving it 100% and pushing to perform better, and I cannot ask any more from them than that. Thanks to all the sponsors, team members and families that come to help and be part of the team on the weekend, we move forward now to focus on Blaxhall for the MXGB Championship.”

Lindsay signs off with a moto win ‘for Jude’ at Landrake!
Read More 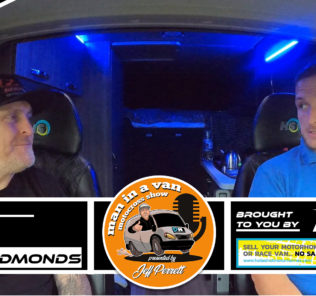 Victory and Podium for SJP Moto KTM at Canada Heights
Next

Who made the cut?? 2021 British Womens Motocross Championship – Qualify...
Be Social…