Team Matt Gardiner MX took podiums in each of the 65cc, Small Wheel 85 and Big Wheel 85 classes at the first round of the British Youth Motocross Championship at Culham MX Park.

This set the pace in this heavily stacked BW85 class. Ben backed up his win with 3-3-3 finishes throughout the weekend finishing 2nd overall just two points off the leader Finley Evans.

Ben ‘I felt immediately good on the bike in qualifying and gelled with the track and all I needed was some good starts to get some good results. I rode consistently all weekend and had good starts in 3 of the 4 races. I have prepared well with Justin Morris on and off the bike and I am already looking forward to the next races of the championship.’

Charlie Richmond ‘AKA’ the Carrot getting stronger and more confident this weekend with it only being 4 weeks since he broke his wrist.

Going 13-12-10 on Saturday he was set to put in another top 10 result Sunday but his bike would not start at the gate leaving him getting away dead last nearly a lap down eventually finishing 23rd for 15th overall.

Charlie ‘This weekend I have built up some confidence even from where I was a week ago and my wrist is getting back stronger every time I ride. I know if I can get the starts I can finish each race in the top ten. I will be back fighting at round 2.’

Freddie Gardiner was shining this weekend with a solid day on the Saturday going 3-2-2 finishing the day just two points adrift of the leader Reece Jones.

Freddie knew he wasn’t quite on the pace of Reece Jones and Cole Mccullough but knew he had a chance of an overall win with one race to play on Sunday.

Freddie did step it up in the last race making it one of the most excitable races to watch of the weekend.

Freddie got the start he needed and came round the first lap in the lead. The first 4 laps Freddie and Reece were bar to bar closely followed by Cole. With 2 laps to go Reece Jones made a move for another pass down the inside with both Freddie and Reece going down.

Reece was able to get up and still finish 2nd behind Cole but Freddie had his gear shifter ripped off in the crash and had to remount and finish the last two laps stuck in third gear, but got the bike home crossing the line in 10th and saving his overall with a podium position 3rd place.

Freddie ‘Saturday I didn’t have the best starts and had to fight my way through the pack at which point the leaders had got away. I knew Sunday I just had to play it safe and I would have got 2nd overall. But I ended up getting a flying start and came round the first lap in the lead. I must have forgot about playing it safe and just went for it! Unfortunately, I ended up crashing with Reece. Sometimes these things happen when you’re both going for the race win and overall win. But it has given me some more confidence that I can run with the leaders and looking forward to the next round’.

Gus Mustoe had a weekend that didn’t go to plan but still salvaged some vital points towards this long championship. Gus showed his potential speed in the last race Saturday having a 3rd place in the bag until his exhaust pipe broke off. Gus ended the weekend in 10th overall with 6-8-17-7 finishes.

Gus ‘Bit of a disappointing weekend not riding my best and having some silly crashes. But the Goose will be back next round with some holeshots and top 5 finishes.’

Olly Waters first year competing in the British Youth Championship comes home from the first round with a 2nd place podium position behind Robbie Daly. Team MGMX youngest rider this weekend was not fazed at all by the rough choppy rutted Culham track and finished 2-2-2-5.

Olly ‘Going into the first round I was feeling quite nervous, but I knew I could run at the front after a good race at Hawkstone two weeks ago. So happy to be second in the championship after round one, lots learnt and looking forward to the next round.’

Team Manager Matt Gardiner “What a weekend for Team MGMX! Three podiums in all 3 classes and all riders giving 100%.
Ben Mustoe taking our first team win.  Thanks to all our sponsors that have come on board to help us make this happen… 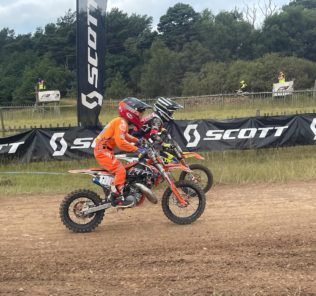 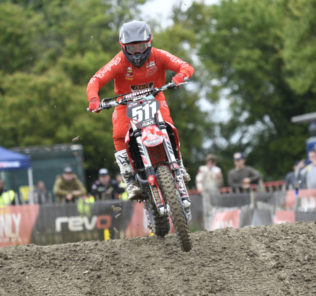 Highs & Lows at Culham for Apico Husqvarna – Team Report
Next