Round 2 of the Rogershill Offroad Events Enduro summer series was blessed yet again with brilliant weather conditions. Originally the event was scheduled to run at a different venue just up the road but due to the bluebells being in flower there we had to delay our visit until later in the year.

Dom Thomas got the holeshot in the champs on his 13-year-old bike without an electric start, someone had their Weetabix! Unfortunately, they didn’t sit well, and Dom retired due to a sickness bug, hope you’re feeling better now mate.

Local MX Pro Jake Shipton hung back at the start, but once he got used to the track being longer than 2 minutes and those funny old trees, there was no stopping him, even his four fuel stops didn’t delay him! Aaron Gordon was second behind Shipton putting in some very consistent laps on the Sherco. Ricky Wiggins was in the mix briefly till a fuel leak spoiled his day! Third place was Brad King, who had bike trouble early on and played catch up for the rest of the race, still earning enough points to lead the series so far.

One championship rider was disqualified for aggressive over taking on the blue taped road crossing, he had been warned before at previous events, such a shame as he is a talented rider and a gent off his bike, We are a laid-back club but enduro is hazardous enough without riders being idiots.

Jason Connor won the Expert class, having moved himself up from Clubman A, he’s now 4th in the expert standings and second in the Clubman A standings, can he get podiums in both? Well done for your result(s)! James Boyce was second despite attempting to widen the gap in the hedge with his shoulder, bet that ached a bit! Close behind in third place was Jordan Bridgen.

Stan Watt was leading the expert vets until he discovered the reserve on his new tank equated to about 500 metres while three miles from the pits! Jack Twentyman got the holeshot and got carried away, missing the tape and doing a quick lap of the mx track! Gary McCoy stayed out of trouble and went on to take the win, with Jack close behind, showing the younger experts the way. Dan Groom set extremely consistent 15-minute laps to get third.

Jack Spracklen got the holeshot in the Clubman A class but did the same as his mate James and hit the hedge, forcing him to retire early. Edward Lewis won the class, from a steady start, dropping his lap times when it mattered to pass early leader Tony Cook who ended up a very credible second. With Daryl Biles, current Clubman A series leader not far behind in third.

In Clubman B the Beta electric start propelled Em to the front again, where she stayed for the first 20 minutes, but Adam Morgan soon got into his stride and took the lead, pulling away from the rest of the group and securing his position as current series leader. Nick Gifford was second as third place Nathan Smith ran into some sort of trouble 7 laps in, giving Nick some peace and quiet towards the end of the race.

Factory Dave Sawtell, who has more new bikes a year than Steve Holcombe won the Clubman Vets class. Hopefully, now he will keep this winning machine for more than a fortnight! Second was current series leader Julian Earle with Rob Smith in third, dropping back a bit after his flying start.
Alex Westlake got the holeshot in the sportsman class and was unchallenged from then, pushing his way up to 37th in the overall results and battling with the back end of Clubman. Second was Cavan Watt who beat dad Stan in his first ever enduro, well done Cav! Young Harlee Harris in his first endure (E-Enduro rider) was close behind Cav for over two hours, before he ran out of steam but dug deep to finish. Rory Tucker came third on the day securing enough points to be third in class standings so far as well.

In the Sportsman Vets class Greg Tosdevin got the holeshot and went on to win the class, setting the fastest lap time of the group as well. Jeff White was second and the last rider of the group to get 11 laps! In third was Pete Nash, who got a bad start distancing himself from the top two and just missing out on the extra lap!

The next event is a Sprint on the 22nd of June, followed by a fun extreme race (optional) and a party in the barn, all profits of the after party go to the air ambulance. This event is special to us as a club as it’s in memory of our good friend Ben Saville. If anyone can recommend some good bands let us know! We have one booked already but two would be awesome More details of this weekend will be released soon! I also turn 50 that week so apologise in advance for any drunken behaviour as we old gits love a party sponsored by the local brewery!

Huge thanks as usual, to Abbie and Dennis for the timing, Pete Coles for scrutineering, Brad, Jack Sprack, Jack Nixey, Stan, Dave and Jamie for helping with the track. As well as Neil and Harlee from E-Enduro. Danielle, Claire and Louise for keeping the pits and sign on in order and all the marshalls who helped us put up all the blown down tape on Sunday morning! George from Walker media for the edit and posters, Nick, Andy and Alice for the photos and Mito Uk for the track tape. Hope you enjoyed the race Steve!

Thanks for your support, see you at the next one! 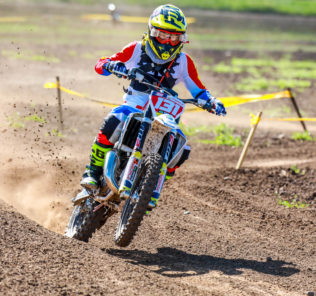 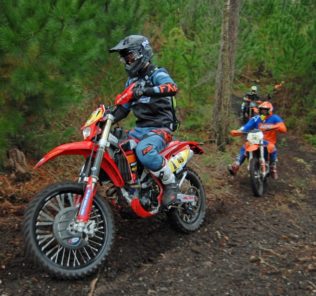 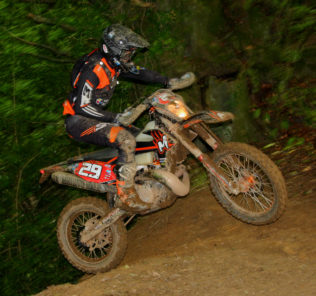 Ricky racks up another win! Endurocks Hare and Hounds Championship Round 1 – Report and Results
Read More 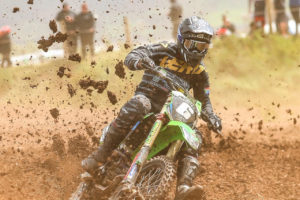 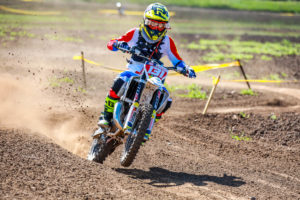