Sam Winterburn went back to his MX roots on Sunday at Dean Moor, now back in the UK fresh from his WESS adventures, Winterburn remembers his 2006 Champion of Champions ACU Youth MX there when he rode alongside the likes of Ben and Nathan Watson and Adam Sterry. This visit to Dean Moor 13 years on saw a smiling Sam dominating the Expert race from lap one to the flag.

First up Sunday morning was the Largest line up of Youth riders RAW Enduro have ever seen, no less than 61 Youths were set ready for their very own tailored 1.5 hour race, this event including an Auto Only friendly route. John Stanley overcame a poor start to work his way to the front of Youth A, there, was a lap on lap battle taking place between Frazer Hansen and Brandon Burns both on 125’s. Stanley calculated the race to perfection making a pass and then gapping the front two by just over one minute at the flag. Hansen took second with Burns just two seconds behind in third.

Hayden Stansfield continues to dominate the Youth B class despite having Harry Walker running a close second at Dean Moor. Hayden Moody was more than happy with his third place finish. James Lindsey made the journey to Dean Moor a successful one taking the Auto/65cc class victory; Ashton Crossley was the only other auto on 8 laps. Juddy Kearford take the prize for having most fun on track, third was an awesome result on a 50cc Auto overall.

A packed to capacity adult AM race lined up in windy but very dry conditions. Having watered the track Saturday night, and again at 7am Sunday morning, the ground held together just as planned during the 2 hour Morning race. Sportsman Elite riders were first away; Jack Winn ripped his 125 Beta to controlled win with Championship leader Nick Manger in runner up spot. Stuart Mowbrey ran out clear Sportsman Vets winner ahead of the hard charging David Williams, Kris Farrar added to his championship lead with a solid third on the day.

The sportsman Vets class Championship is currently a five-way battle, and with every round to count, consistency is the key. Scott Hipwell took the sportsman class win, and was third overall on the day, as he prepares himself for his Clubman upgrade for 2020 on his Appleyard supported Husky.

Phil and Ian Taylor placed second and third respectfully, the top three riders all completed 14 laps. In the old lads Over50 class, it was smiles all the way as Dean Moor provided some super close racing. Colin Mills grabbed the Win from Rob Swinbank in runner up place. D3 KTM Racing boss man Neil Crayston enjoyed his 2020 two-stroke KTM debut crediting himself with a hassle free race in third.

In his own words, an “unfit” Stephen Mudie ran out winner in the novice class. En Route to his wedding day and having not ridden in a while, he enjoyed his “safe” race win at Dean Moor. Tom Slater now getting used to Orange power was runner up with Carl Elliott delighted to progress onto the RAW podium for the first time in 2019. Just two Expert riders completed 16 laps around dean moor in the two-hour race duration. Both riders are class acts when it comes to MX, and it showed around the Dean Moor complex. Sam Winterburn overcame a first turn fall to lead the field around lap 1, his domination saw him manage the gap during fuel stops and cruise to a solid win. Enduro newbie Ryan Crowder from ACE suspension was a favourite going into this race, in only his second enduro Crowder ran a cool race to place runner up behind Winterburn, and totally enjoyed his second RAW enduro experience. Lewis Ellis rode strong to keep the chasing expert pack off the podium, for his efforts Ellis now take the lead in the Rock Oil Expert Championship.

The Clubman class looks set to be another class with a titanic battle to the final round. Championship leader James Clark rode a faultless race to take the win, another WESS regular Jamie Williams placed runner up on the day, this keeps these riders first and second overall with only a few points between them. Local ace Ryan Crayston used his crew’s encouragement to great effect, taking a solid third place back down the lakes to D3 KTM HQ.

Finally in the Elite Vets class just 6 seconds separated the top two riders. Anthony Crowe led the entire race on his New Six days KTM, shadowed by RAW regular and ex MX rider Paul McSorley for most laps. McSorley admitted after the race, he was using his head to work out where he felt he could pass and try to Gap Crowey if the opportunity arose. In the closing stages McSorley made a pass and put the hammer down to get to the flag just before Anthony Crowe in runner up spot. Both riders shook hand after an awesome good honest race. Anthony Crowe now returns to the gym to get more spinning laps done so he doesn’t get caught like that again!! Shaun Woffinden rounded out the elite vets podium just 3 minutes down on the top two.

Massive gratitude goes to Dean Moor for again allowing RAW to have sole Enduro use of this fantastic venue. Already booked for 2020, RAW will once again provide a cool Cumbrian Hare & Hounds event on top of the fells.

Well done all riders who took part, and thank goes out to the huge tribe of people who marshal and assist in the running of RAW Events. Rock Oil Round 6 is a fast turn around, July 14th RAW head to east Yorkshire where Low North Park will play host to a very fitting new challenge for riders. 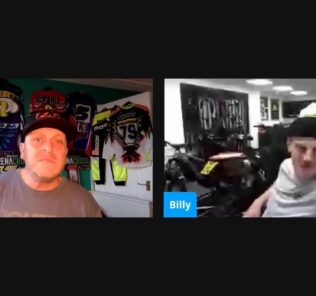 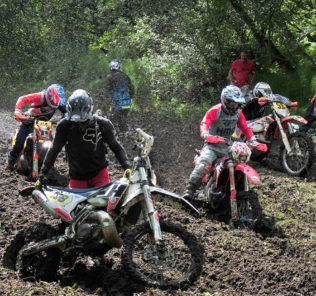 Get Fitter, Faster and Stronger with Motofit as they launch their new Race Ready Training Programmes!

Cossar makes it count! British Sidecar Speedway Championships Round 2 –...
Next