Bethell blasts them in the Valleys! Dragon Quad Racing XC Championship Round ...
Sections

Nora-MX has had to change the venue for the first round of their Quadcross Championship from Culham to Grittenham due to the local council refusing permission for the landowner at Culham to run Motorsports until October.

Feature Image courtesy of John William Cook
A statement on Nora’s facebook page said
“Unfortunately, we’ve been forced to switch venues for the opening round of our soon-to-be restarted 2020 championship.
Originally scheduled for Culham, Oxfordshire, our plans have been thwarted by the decision of the local council to refuse the landowner permission to run any motorsports events at the track until October.
“However, we have secured the use of the popular Grittenham facility near Swindon in Wiltshire for round 1 of our series on Sunday the 19th of July.
“It’s disappointing that the local authority has made this decision at such a late stage. It’s frustrating for the club and competitors and also the landowner and the ACU – who have both been fantastic and very supportive. However, as we were clearly unable to overturn the ruling, we had little choice but to pull something out of the hat. Fortunately, the team at Grittenham were happy to help out and we’re grateful to them. There will be strict measures in place to put distance between overnight camping vehicles and race trucks. We’ll also be encouraging families and friends to stick within their own groups to aid social distancing as much as possible.
“All other details remain the same as for Culham, with regard to timings, race groups etc, and we look forward to welcoming the Nora-MX family back to the track. All entries will be transferred to the new venue. However, if anyone doesn’t wish to ride at Grittenham, then they will be offered a full refund.”
Entries are now live here >> https://www.acu.org.uk/events/July-2020/Nora-MX-0639/MOTOCROSS-Beachcross/Milton-Malsor-MX-Park-ACU58833.aspx? and will close on Friday the 17th of July 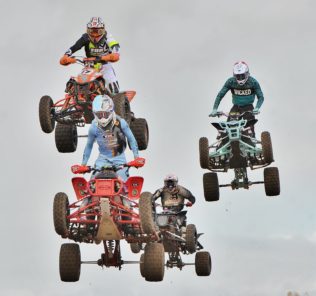 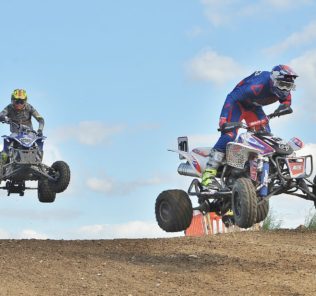 Back on the gas! Nora-MX quadcross Championship Round 1 – Race Report and Results
Read More