All roads led to Route44 this weekend for the third annual Thomas Brown Memorial, from all four corners of the UK and Ireland. A huge turn out of riders ranging from Top pro riders Brad Anderson, Jamie Law and Jonny Walker through to a talented group of Auto youngsters with a bright future ahead. Mix in an even bigger number of family and friends, and the scene was set with the common intention of spending an enjoyable weekend celebrating the life of Thomas at a venue revamped and re-named as a legacy to Thomas, Route 44 The Peoples track.

Report and Images by Pete Bell

An unimaginable amount of planning had once again gone into putting on one of the best and biggest UK motocross events on the calendar by the dedicated Committee, the MCF and the Cumbria Mx club. With the track looking perfect, the marque up Karaoke booked, and the bar stacked it was time to go racing.

With a 5 race weekend schedule and Thomas’s legendary party Saturday night, first up for the racing were the Autos.

There was a clear winner in the Auto class, and super impressive in doing so. With a first moto lap time equal to that of the 65 class, Lucas Lee was on fire from the get go. Currently second by a single point in the BYN, Lucas showed his class by taking maximum points over the weekend with 5 race wins. The #10 machine of Kyle Graham went 6-2-2-6-5 for a second overall, ahead of Charlie Aspin in third. Harry Dale was a Sunday, only racer, and having 2 second place could have been in the mix otherwise.

The 65 class and the 85s to mention it, had to endure a monumental downpour in their 2 laps of practice which sent me for one running for cover, however, while the racing was on it was all eyes on track. The Yamaha duo of Rylee Francis and Kameron Greenhalgh mixed in with Jaxon Haswell, and had the large crowd fixed on the action. Haswell took the early lead in moto1 only to have a huge crash just after the spectator area. After a quick once over by the paramedics, he was back on the bike and finished in 14th. This obviously spurred him on as 3 wins out of the remaining 4 motos gave him second spot on the podium behind overall winner Rylee Francis with a 1-2-1-2-2 scorecard and Kameron Greenhalgh. There were some notable battles further down the order between Finley Easton and Ruben Trew, whose Dads were to race together in the Dads race at the close of play Saturday.

The biggest mention in the 85cc report must go to the Mckinney family, after a nightmare week having their motor home stolen along with all their essentials for a racing weekend, Ryan only just lined up Saturday morning with some help from the mx family. This determination and help was to be rewarded as Ryan went 1-1-2-2-2 in the Small Wheel category. The points haul of 216 left Ryan equal on points with in form West Cumbrian Liam Johnston with the final Moto being the decider. After a great battle, Johnston took the win and the overall. Ryan Lowes completed the small wheel box with a consistent weekend.

Lining up alongside the Small wheels the Big wheel class was one that could go either way. Robbie Park has been in blistering form recently, however, with Jay Cheel and Grace Richards in the paddock along with Mark Parker and Kerr Thompson both knocking on the door recently the race was on. Park was however in no mood to let anyone take another win, with another weekend of wins, always looking super smooth and effortless. Jay Cheel went 2-2-2-2-2, and it was good to see them racing together after some pretty epic battles at Brampton the past couple of years. Taking the final podium place was Grace Richards who I’m sure we will see at the Team Event at Route 44 next weekend.

The Rookie class can not have got much closer with 3 points all that separated the first 3, however, it could all have been so different. Moto 1 saw Oliver Barr and Northern Ireland’s Ben Kennedy take an early lead but a coming together on lap 3 allowed Jack Abbott to sneak through and take the win.  The three named all had a race victory to their name over the weekend, however despite Oliver Barr going 1-1 on Sunday Jack Abbott took the overall by a single point despite a mechanical issue Sunday morning with Kennedy a further point behind. One name missing from the Rookie class was Adam Slavin who took the step up to the A class for this meeting, finishing a creditable 7th in what you could describe as a ‘stacked’ line up.

The first Adult class was the Over35/ Vets class, and the top 2 were basically glued together all weekend. Saturday saw the 2 stroke of Chris Muir holeshot and take the first two motos despite the attention of Scott Murray never far behind, but some good clean racing was had by both for the crowd to enjoy. Moto 3 was to be the turning point, however with Murray reversing the result before maximum points Sunday to take the overall by 3 points. There was a great battle behind the top 2 with Scotlands John Carruthers just taking third by a narrow margin from Gavin Southward and the annual comeback of Clark Davidson.

After an impressive previous weekend Ryan Sheppard continued that form to take the overall win in the Adult C under 30s, 3 wins out of 5 was enough with the other two wins going to Mackenzie Crockatt and Tom Lawrence. It was great to see Crockatt back racing in Cumbria where he spent many years racing as a youngster. West Cumbrian Mark Blacklock and his 2 stroke machine had a solid weekend and came second overall, with Daz Birkbeck solid all weekend and an impressive second in the final moto on Sunday.

New Father Dee-Jay Walker took the honours in the Adult B class going 1-1-1-2-1 to cap an impressive weekend on the Yamaha. Andrew Slavin followed him home in second to continue his brilliant season form and a rare race alongside his brother Adam. Third place went to a newbie all the way from America, Duff Man went 5-3-6-5-6 with the help of Matthew Frith who kindly lent him a bike for the weekend.

With not one person left in the paddock, everyone’s eyes were on the Adult A class. Moto 1 saw fast-starting Matt Moffatt Pop out the gate and take the Holeshot award. The lead was to be short-lived, however with Jamie Law stalking and passing him during lap 1. Law was super impressive all weekend being honest, taking maximum points despite the hard charging Brad Anderson being on his tail, after getting held up on turn 1 in the first 2 motos. Rossi Beard on a rare trip up into Cumbria improved as the weekend progressed to take second overall and the North East’s John Robson who has had some very impressive Maxxis results this year completing the podium in third. Enduro racers, Jonny Walker and Sam Winterburn joined the racing on Sunday and both had solid top 5 moto finishes.

An aside to the racing, this weekend as always is a celebration in memory of Thomas and a time for the Mx family to come together. The first of the after race activities was the dads race, always abit of fun but competitive all the same. Craig Trew, Stuart Easton and Shaun Wilson taking the honours this year, during a monsoon they had to race through. There was also a inflatable total wipeout, a beer tent and disco on Saturday where the packed marquee, drank, danced and shared some of their memories of Thomas.

Here’s to the TB44 memorial 2019 and a massive Thank you to all that made it happen. 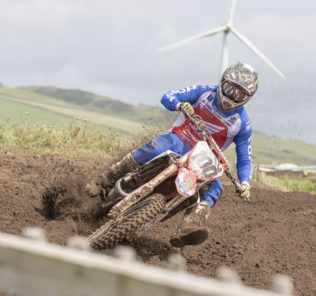 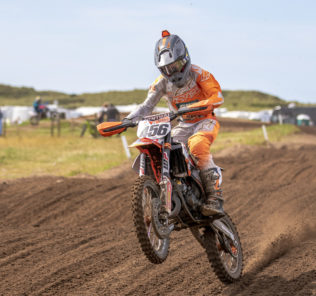 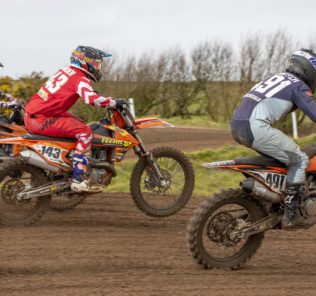 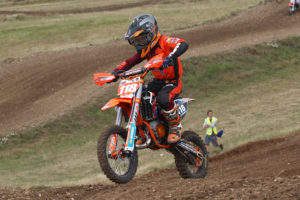 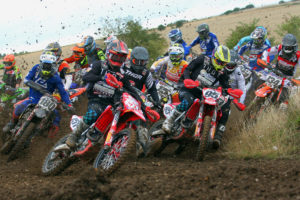 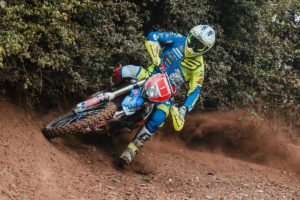 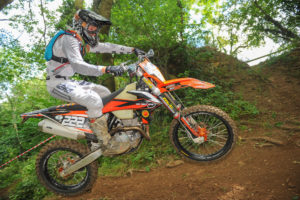