The Scottish Twinshock Championship moved onto the iconic, former grand prix track that is Castle Park, or as most of you know it Kilmartin, the former host venue for the 1978 250 Grand prix for round 5 of the series. This track has a beautiful back drop with the castle and lovely roaming hills.

We must make a special mention with Thanks to Jonathan McLeod who was the driving force behind this event and without his enthusiasm and effort this would not have happened. Also we need to thank Grant McClure and 3 unsung local heroes, namely local workers Ronnie, Jamie and Johnny, who along with Jonathan all put in a tremendous amount of work into the track over the last couple of weeks, cutting down all the bracken by hand on the hill areas, cutting grass and all round general work to ensure this race meeting went ahead.

The event started off on a sombre note, as we all paid our respects with a minute of silent reflection for fallen fellow riding legend, namely Ian ‘lugs’ Robertson. Our thoughts are with him and his family at this most difficult time, and what a superb day to see so many riders sporting Ian’s riding number 100. I am sure he was watching the event from afar. Rest well Lugs.

So onto the racing and this started off as usual with group 1 and the flying EVO 125cc class with Peter o Neil, and William Penrice showing the bigger bikes how it should be done, with a terrific scrap in race one with Peter O Neil edging out William in race one, but Willie P would take his revenge in race two and it was all to play for in the final encounter. Peter o Neil was up to the task and would take the overall, with William Penrice a deserved second and a steady Damian Carter would come home in third.

The four stroke class was enthralling to watch as well with Sam Sibbald thundering around the Kilmartin countryside, dicing with the booming dulcet tones of Big Andy Malloch and his Armstrong, chasing him all the way to the flag and winning the final race but not the overall. Sam would be the victor followed by Andy and a consistent Keith Stanford in third.

For the youth class it was a day of mixed fortunes and consistency would be the key, with Jordan Graham coming out on top ahead of James Forrest and picking up the pieces with a superb third overall was Rhys Brown.

Pre-77 action would see Committee man and track builder Grant McClure and his Maico, fly off into the first hole-shot of the day and with three decades of riding under his belt he would also be the overall winner ahead of Callum Wilson on the superbly prepared Honda, well done both of you, tackling the mountainous peaks of the Carnasserie track with these ageing bikes.

The twin-shock under 300cc event would be a three race win for the flying Calum Kilgour and his 250cc Yamaha ahead of Jim Grieve who would have some bike issues but would bring home his Honda in second fighting off a very persistent David Lawson and Gordon Peterson but it would be Gordon that would hold the third place trophy with some consistent riding.

For the twin-shock open class event this would be a spectacular sight as 500cc Honda’s and Maico’s would battle their way around the bracken strewn hill side.

There were certainly some very close battles, but none more so than race one, with only a very small gap between first and second place and a similarly small gap between third. Brian Alexander would take the win from Craig ‘Smitch’ Smith, and John Crawford would come home in third with a notable mention to the very unlucky Paul Chiappa who had his fair share of misfortunes throughout the day, as his seat was torn from his bike at the top of one of the steep climbs. The overall would end up the same as the first race with Brian, taking the win from Craig Smith and John Crawford bring the big Honda home in third.

In the over 50’s class it was a triumphant day for John Lamont with three resounding victories with no one to touch him in this class all day, second would be a great result for club sponsor Johnny Rutherford with David Watson bring home the Honda with some great consistent rides.

For the group 3 races it would be the 2 stroke class and with Robert Bell, Allan Shields and Bryan Colligan all taking one win each and finishing up the day equal on points it would be Robert Bell that would take the honours from Allan Shields and Bryan Colligan, all of these riders deserving a notable mention and with some very similar lap times and some quick racing in trying conditions.

The evolution class was again the Paul and Tom show, with these two chasing each other all over the Kilmartin countryside, for what must have been the fastest group of racing all day, with never very much in between these two riders it would be Paul who would take overall honours with three wins and Tom Grant would take the runner up slot followed home ably by a consistent Roy Potts taking the third rung of the podium.

In the final block of racing it would be a win apiece for Jordan McDonald, Shaun Robertson, and John Kenny, but it would be the ever improving Shaun Robertson, returning from injury that would take overall honours from a rapidly improving John Kenny in second and Mr consistent Karl Livingstone in third. With Jordan McDonald injured in race two it was not to be his day, swift recovery, hope the shoulder is better.

So what a superb track a great days racing and the wonderful return of the history steeped track that is Carnasserie castle, see you all at Drumclog folks. 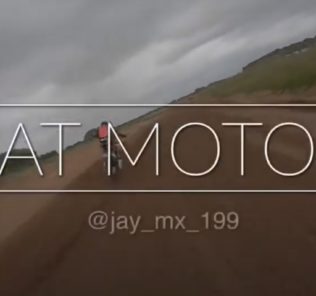 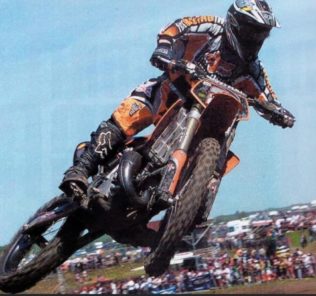 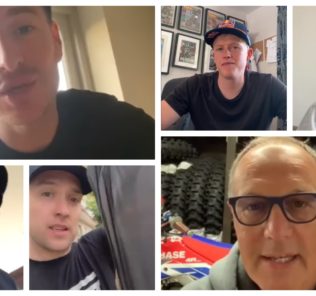 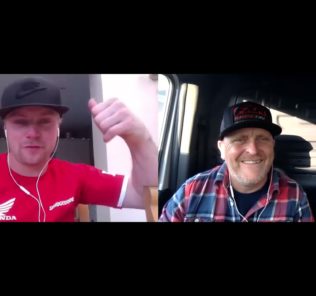