No doubt about it, Graham Jarvis has had a very successful career in Enduro as a multiple winner of the Red Bull Romaniacs, Ezberg, and Sea to Sky as well as Hells Gate. All that of course after an equally successful Trials career. Now, aged 46, he’s looking to life after competitive racing by starting his own team and his own Jarvis brand. But he’s not quite hanging up his competitive boots and lid just yet as he set for another year with the Factory Rockstar Husqvarna Team and a crack at the new FIM Hard Enduro championship.
Interview by Jeff Perrett – Feature Image courtesy of Atilla Szabo
His newly formed Jarvis Husqvarna Racing team is a five rider line up consisting of Englishmen Jonathan Richardson, Will Hoare and Sam Winterburn, Welshman Grant Churchward and Bulgaria’s Teodor Kabakchiev. With five aspiring riders to look after as well as getting himself set for victory we thought we’d put a call into Graham to find out more about his plans. We caught up with him while he was sat in an airport lounge in Chile, on his way to Paraguay…like you do.

So Graham, not only are you’re gearing up for a new season yourself you’ve also decided to start your own team. Tell us more about that?

The real idea behind it is so I’ve got something to carry on with after racing really, but also I’ve always liked the idea of helping out some young riders and putting something back into the sport. I’m 46 now and I’m not going to be able to compete at a high level forever so I figured I’d start the team up now while I’m still actively racing and then when the time is right I’ll step back from racing and can concentrate fully on building the team up and the Jarvis brand. The team will be promoting my new race gear so that’s another reason for getting it all started and up and running now and then we’ll start building up the Jarvis product range. We’re launching a new website soon with all the information about the tours, race gear etc on it and hopefully some online training.
How have you found pulling together a new team? Obviously, you’re used to managing your own programme to a degree so how has it been fitting in building a team around that? A combination of stress and enjoyment I would imagine if my own experiences are to go by!
Yeah, that’s pretty much the best way to describe it. Although it’s not been overly stressful. The hardest part was getting it off the ground and working out how it would work with me still riding for factory Rockstar Husqvarna but the rest of the team not being factory supported. So we just had to sort a few things out there to make sure the team are using most of the same sponsors as me. We can’t have conflicting sponsors to what I’ve personally got, but we’ve got through that little minefield okay and it’s all come together well so far. All my sponsors are on board with the team and right now everyone is happy with how it’s going and buzzing to get started. It’s a little strange wanting the guys to do well but I’m still competing with them. We’ll see how that pans out. I still want to win and show there’s life in the old dog and I’m sure we’ll have a good atmosphere within the team and I’ll help them as much as I can with advice and the knowledge I’ve gained. 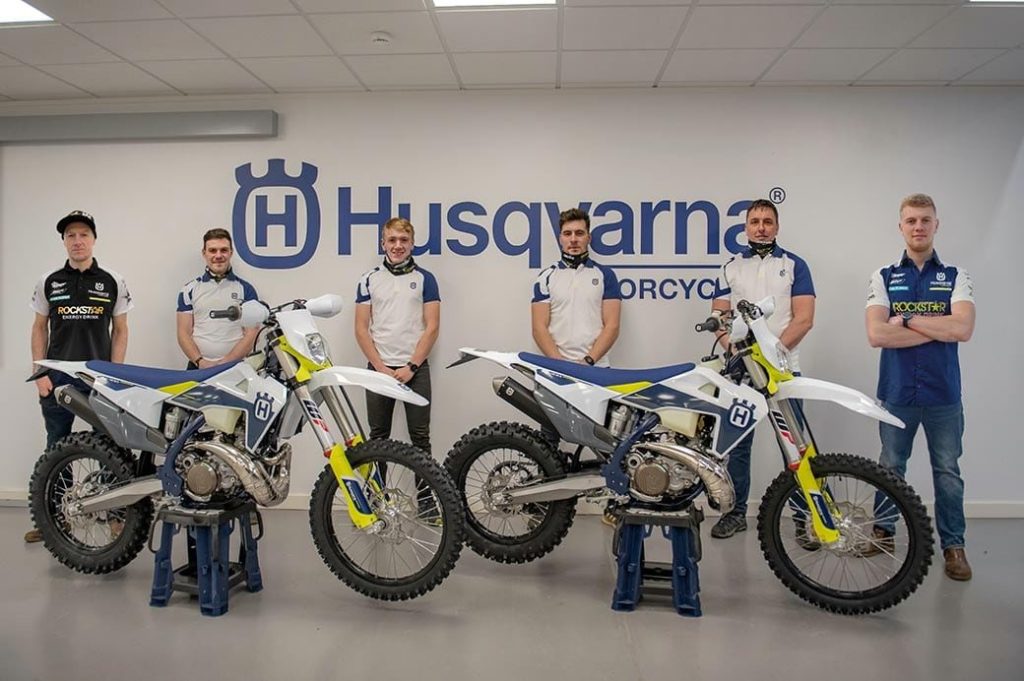 Did you set out with a number in mind for the amount of riders you wanted on the team or did it just evolve as you went along?
It kind of evolved once I committed to it really. There’s been a few twists and turns and we’ve ended up with five riders, which is quite a lot for a new team but it’s all good. It doesn’t feel like we’re spreading it too thin and I’m very happy with the line up of lads we have on the team. We’ve got a good mix of riders at different ages and stages in their career and I think they can all bounce off each other well. Obviously I’ve known Johnno for a while, so I’ve seen him ride enough and he’s got in some good results so with a little bit of extra support I think he can go up another level. I know what it’s like in their position, it’s difficult. You’ve got the factory guys and then there’s a quite a big drop down and that’s where I believe we can make a difference, so they’re not doing it all on their own. Just being able to help with organising stuff makes such a difference so they can concentrate more on riding.
Are the team all doing the same events or can they pick and choose?
Yeah, they can ride what they want outside of the FIM Hard Enduro. That’s the main championship we’re committing too as a team and we’ll be giving the British Extreme Enduro championship a good go. If they want to do Super Enduro and any domestic championships we’re all cool with that. It’s good for them all to keep active both for their fitness and momentum but also our team sponsors and the Jarvis brand.
Do you think with the new FIM Hard Enduro championship and more events like the Super Enduro the sport has become a bit more marketable?
I think the sport has been growing in popularity for a good number of years, but yeah I think over the last few years it’s become more marketable. Obviously social media has had a lot to do with that, and I have first hand experience in seeing the power of it with what I do but on a whole, I think Enduro has become a bit more of a cool thing to do. I’ve managed to build up quite a few followers, as has Billy Bolt and several others and I think there’s a bit more respect from other motorcycling disciplines. More coverage on Red Bull TV and stuff like that has definitely helped too. Hopefully, the new FIM Hard Enduro championship will be well received and promoted well and we’ll all have a good year for us and all our sponsors. Obviously not everyone races but I think there’s a lot of riders who relate to the high end championship racing and get out on a weekend and go trail riding of the back of seeing it. It’s the same with all sports in the modern age, there’s more opportunity to see it and therefore it encourages you to do it. That’s where the internet and social media has changed everything. For example there seems to be more motocross riders getting into it, and that’s probably because they now know more about it, have seen it on a video and thought ‘that looks good fun, I’ll give it a go.’
So, you’re out there doing it for another year. What’s the main motivational factor, is it still all about winning or more about having fun these days?
I still enjoy riding and I’d say that’s the main reason why I’m good to go for another year. Obviously, I want to do well but I don’t put so much emphasis on that at this stage of my career as I did way back earlier in my career. I still enjoy the travelling around the world and being at the events. At my age, I take it year by year now and that’s why setting up the team will keep me busy for when I do decide that I just want to ride for fun and not competitively anymore.

We may see you falling through the roof of a couple more sheds in years to come then?
Well, we all need to destroy something once in a while don’t we, so we can start fresh? I needed a new shed anyway. That video got more coverage than winning races, which goes to show what we said about the power of social media. All I have to do is fall through a shed and not win any races. It was something to do as there wasn’t much going on over the past year but we’ll all be out riding again soon and I won’t be riding over the new shed!
Joking aside, your bike skills are tidy to say the least. Have you ever been approached or considered getting into stunt work?
Yeah, I have a while back but I’m still actively racing and it’s just too difficult to fit it into my schedule. From what I can make out film work is quite time consuming so I’ve never been able to actively commit to it. It would be a cool thing to do though so maybe I will end up doing that kind of thing if the opportunity comes along but for now I’m concentrating fully on having a good year for myself and the team and focusing on building up the Jarvis brand. After the year we’ve all had I’m really looking forward to being back at the events and enjoying what I do.
Good on you Graham. I hear what your saying. I think we’re all like coiled springs ready to go. Good luck with it all, have a safe onward journey to Paraguay. All the best.
Thanks a lot. You too. Cheers for the call 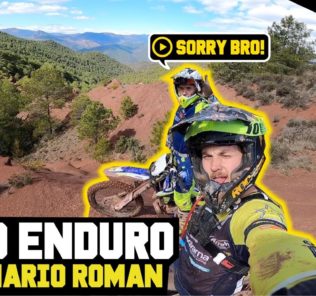 VIDEO: A typical day of Training with Jonny Walker
Previous

Green Bikes and Daytona
Next