An 11th hour visit to a medical specialist today has unfortunately ruled Crendon Fastrack Honda’s Jake Nicholls out of the opening ACU British championship at Culham this weekend.

Although he has been back riding his Honda CRF450R in the last week, medical professionals have advised him to stay off the bike in case of further injury.

It’s a massive disappointment for the 31-year-old who has been working hard at rehabilitation since he fell and hurt his hand and shoulder over six weeks ago in a test session, resulting in muscle and nerve damage to the shoulder.

Crendon Fastrack Honda team boss Dave Thorpe said: “Until this evening we were hoping Jake would be ready to race because he has worked so hard and as a total professional, we all know how determined he is to get on the start line.

“We must respect the advice because what’s important is Jake’s long-term health and getting fit so he is ready to race. He is absolutely devastated at the news and we all wish him all the best for a speedy return.”

The Crendon Fastrack Honda team makes its official 2021 race debut in the ACU British championship opener at Culham in Oxfordshire on Sunday. The team will field 31-year-old British MX1 champion Tommy Searle on the all-new Honda CRF450R and rookie, 23-year-old Jay Hague, on the Honda CRF250R in the MX2 class. 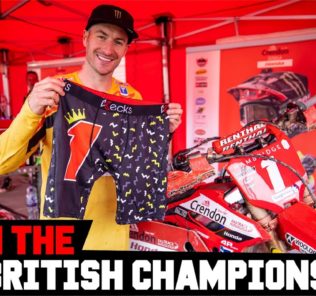 Jay Hague back with Crendon Fastrack Honda in 2022
Read More 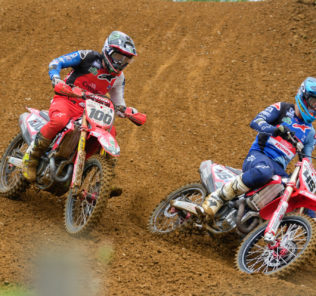 Searle flies like a Falcon at Duns test!
Read More