With already 7 AMCA titles in the bag since 2015, FUS Marsh MX Husqvarna have now made a massive statement of intent to claim yet more glory after naming their star studded line-up for 2021! The squad, overflowing with high quality and containing riders for who winning moto’s and gaining success comes natural, is certainly going to make watching their results come in be well worth watching out for when the new campaign eventually kicks-off!

So for 2021 in the AMCA MX1 British Championship they are going with 3 times winner Luke Burton and 2019 Weston Beach race victor Ashley Greedy. Luke is returning to FUS Marsh MX after two seasons racing for Geartec while Ashley 3rd in the shortened 2020 AMCA series will certainly be looking to change that bronze medal for a gold!!

In MX2 it’s going to be the dynamic duo of Nev Bradshaw and Shane Carless flying the FUS Marsh MX colours. Nev will be competing aboard his favoured 250cc 2T mound as he goes in search of a maiden AMCA title. His partner Shane will climb aboard the 250F machine for the team and looking for a third consecutive AMCA crown. Having already won MX1 in 2019 and 125cc in 2020, Shane should surely start the season as an expected title contender in the 2021 AMCA MX2 class!

Making a one off appearance for FUS in 2020 at Warmingham Lane, Jack Timms took a great 2nd overall in the 125cc competition that day, a result which impressed team boss Mike Keenan. Although generally having made a name for himself at BSMA Events, Jack will be the sole FUS Marsh MX rider in the 2021 AMCA 125cc title race.

Completing this incredibly strong outfit is ‘Factory’ Phil Mercer. Due to reach his 50th birthday in 2021, Phil will represent the team in the AMCA British Championship Vets class. Phil boasts an incredible record having previously won three consecutive ACU Maxxis Vets titles in 2012,2013 and 2014. He has also come very close to taking the coveted FIM World Vets crown on more than one occasion, particularly 2011 when he just missed out by a mere 2 points! This will be Phil’s second spell racing in the AMCA Championships and after already bagging three titles, (MX1,MX2 and Superclass), who would bet against him claiming another one in 2021! 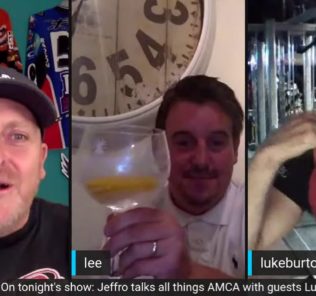 Martin brothers crash out of Orlando!
Be Social…