Behind the brand new race series are 2 very passionate racers, Karl Rushen and Trevor Heath. They’ve both been racing different disciplines all their lives, have a passion for events and want to make the future of motorcycle racing an exciting place to be.

The classes Dirt Track Events have chosen to run in the Nora British Championships range from 8-year-old youth stars of tomorrow, right up to methanol guzzling 1000cc sidecars. It looks to be the most exciting multi-discipline race series that has never been seen before. The crowd will be on the edge of their seats, wanting more action as the championship points build-up. Who will be crowned The Nora British Champion?

The 6 classes will be:

Sidecars – the breathtaking 1000cc, 170bhp Sidecar monsters will be back on the shale with no brakes. They are 3-wheeled beasts. Four highly-tuned, multi-cylindered chariots will charge into the first-bend and here you will get your first taste of one of the most exciting sights and sounds in motorsport.

Youth 150 Stars of Tomorrow – including an 8-year-old British Champion, a 9-year-old 4 x British Champion and a 12-year-old European competitor. The future in British motorcycle racing is bright and you are sure to be amazed at the speeds and skills of these future stars. They are riding methanol fuelled bikes with no brakes that only turn left. Support the future and get behind these young riders.

The GT 140’s – the newest class on the oval race scene and what a class it is. 80 riders have registered on the national competitor list, and this class will see 15 riders at the start line. With the first-ever GT 140 Nora British Championship title to fight for, the 140cc engines will never be too far away from each other. It will be the hardest class to pick a winner from!

The Quads – with all this talk of 2 or 3 wheels, it’s time to introduce you to the ATV extreme monsters of the shale. This 4-wheel action class will see 8 quads lined up handlebar to handlebar, leaving no room for errors and a breathtaking first corner. If you have never seen quad racing then this is not to be missed.

Flat Track – not to be missed, as a low hum rises and 15 men and women straddle their machines. Engines snarl as tense hands grip the throttles, for a moment everything is still — the crowd, the racers, and the dust. Then in a blink of an eye, the tapes shoot up, engines roar and the handlebar to handlebar battle begins. Racing continues for 6-10 laps with riders competing for the top places.

Pit Bikes – last but not least we have the Pit Bike class. They might be half the size but they are certainly double the excitement, with 15 riders on the line and side by side over 4 laps. Top racers on board the small machines, and engines up to 160cc, it is sure to be a class that everyone will be watching.

For more info on the series head to http://www.dirttrackevents.co.uk/ 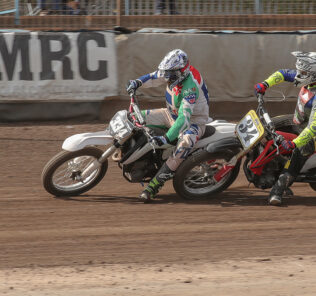 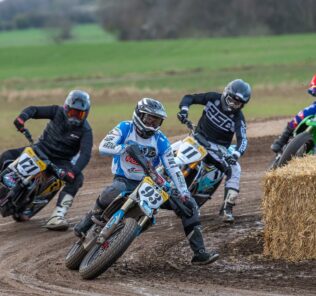 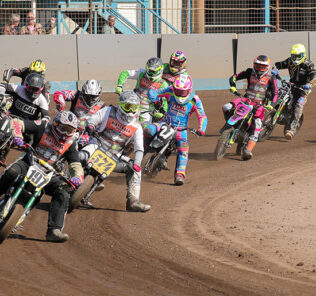 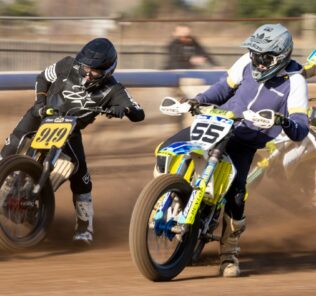 VIDEO: Brad Freeman; Final race of EnduroGP 2020… What the hell happened?
Next