The opening round of the 2019 Pro Clean ACU British sidecarcross championships took place on Sunday at Milton Malsor motocross Park hosted by ACU events. Overnight rain and selective watering of the track on Saturday afternoon ensured the circuit remained in near perfect condition for racing on Sunday.

Report and Images by Chris Helm

Having lost the title last year because of a wrist injury Stuart Brown, now reunited with Josh Chamberlain, was in determined mood to reclaim the title he has won fifteen times in the past. Unfortunately his main rival and current champion Brett Wilkinson was unable to ride because of an injury sustained at the first GP of the year in Belgium. Another fancied challenger was the Irishman Gary Moulds but was still very sore having broken his collarbone recently. Also he was without regular crewman Steve Kirwin who was still suffering from their crash in Lommel. Gary was able to get Paul Horton to ride with him but he found it hard as he had hardly spent any time on a bike this year.

The first race of the day saw S.Brown take the holeshot and he continued to pull away from the pack for the whole race winning by nearly sixteen seconds. J.Brown was second into turn one just ahead of Foden / Bijenhof and Kinge / Gray. By the end of lap one Kinge had passed Foden who soon came under pressure from Hodges / Grahame. After the second lap Hodges was past and the front five remained in that order to the flag.

In the second race S.Brown just got the holeshot from J.Brown but Jake made a mistake shortly afterwards and dropped back to fourth place. Once again S.Brown never looked back and was not headed for the whole of the twelve lap race. Kinge held on to second place while Jake made it up to third.

The final race of the day saw Jake take the holeshot from Grahame / Ide with S.Brown third. S.Brown was quickly past Grahame and by the end of lap one he was past Jake and led for the rest of the race. Jake held on to second whilst Kinge, who started in fifth, made it up to third.
S.Brown now holds an eleven point advantage over Jake with Kinge two points further behind.
In the Experts class one of the fancied runners Dan Goodall / Liam Hodges pulled out early in the first moto with an injury to Goodall. Grahame / Ide won all three races and now hold a nine-point lead over Moss / Henderson.

The second round of the championship will take place at Asham Woods hosted by the Frome club on the May 26th. Hopefully by then some of the walking wounded will be fit again. 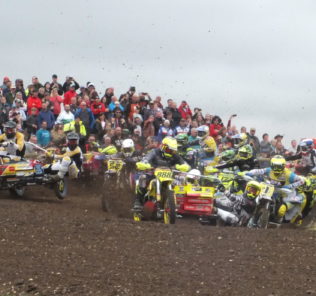 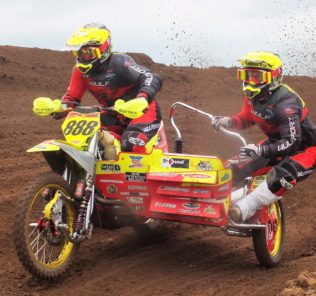 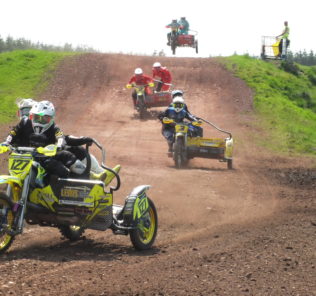 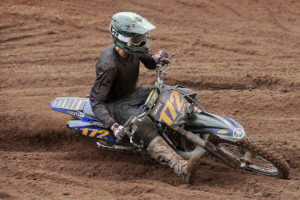 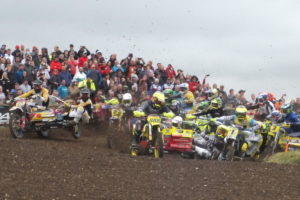 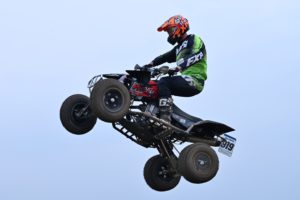 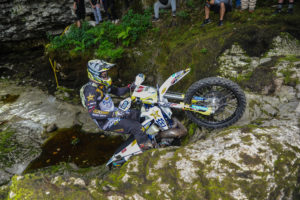