Round 11 of the 2021 AMA Supercross World Championship took place in Arlington, Texas on Tuesday serving as the second of three races to take place inside AT&T Stadium this week. It was a memorable day for the Rockstar Energy Husqvarna Factory Racing Team, who witnessed a break-through performance by Jalek Swoll as he earned his first-career podium with a strong second-place finish in the 250SX West Main Event.

British Racer Dean Wilson got a seventh-place start in 450SX Heat 1 and he put himself into a favorable sixth-place position early on. With consistent laps, Wilson held onto sixth for a majority of the race until encountering a race-ending issue with the rear wheel on the final lap. In the LCQ, Wilson secured a fifth-place start and he charged his way up to second late in the race, ultimately passing for the lead and securing the win. In the Main Event, Wilson started in ninth and he battled around the top-10 for most of the race. He locked in 10th heading into the final laps, where he finished 10th on the night.

“It’s not an amazing ride for me but I’ll definitely build from it,” Wilson said. “I need to keep being in the top-10 and then to the top-five and eventually on that podium. It’s been a tough season so far with injuries but I’m working through it and trying my best. Thank you to the team, my bike was awesome!” 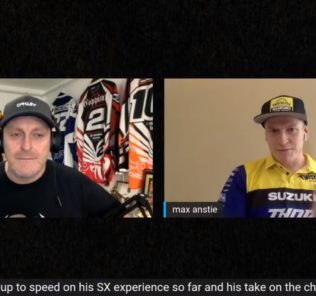