The last time Dan Reardon was on British soil he took an emphatic victory in the final round at The SSE Arena, Wembley. The 2020 Tour will be Reardon’s second appearance at Arenacross and he is more motivated than ever to take the title home to Australia.

“The Arenacross series is some of the tightest most aggressive racing I have ever competed in. Last year it took me a few rounds to wrap my head around it but I know exactly how to prepare going into my second AX Tour! The UK fans are great and passionate about their riders but love good battles! I’m looking forward to riding for Mark at FRO Systems, I was very aware of the team back in 2018 and although I didn’t know them personally then, I could see that they run a strong program and one that I would fit well to. Mark seems to be very knowledgeable and passionate about the sport” comments Dan.

Heading up FRO Systems will be Mark McCann who has enjoyed two years of success with Frenchman Cedric Soubeyras but is looking forward to working with the Aussie SX legend, “we’ve won the AX Pro Class for the last two years and this year we’re going for the triple! Watching Dan take the victory in Wembley in 2018 was something else, so we can’t wait to head back to the capital! Dan will be riding in the Pro AX 450 on a Yamaha alongside German superstar Carl Ostermann in the Rookie Championship. We’re yet to announce our third Pro Lite rider but keep your eyes peeled! This is our fourth year with a team in The Arenacross Tour and we’re excited to see close, bar to bar racing especially at our home event in Birmingham!”

Matt Bates, Arenacross Tour Promoter commented, “when Dan raced the series in 2018 it was clear to see his appeal both on and off the track, so naturally I’m really pleased that Mark at FRO Systems and I were able to entice him back to race with us again. Together with riders such as Soubeyras, Aranda and Ramette, I believe 2020 will be our most competitive season so far.”

The 2020 Arenacross Tour is set to host a packed line up of world class Motocross riders from 65cc to professionals. For 2020, the UK’s leading Indoor Motocross tour will be crowning new champions in the seven classes available to riders across the world. Each round promises seat grabbing entertainment from some of the world’s best indoor Motocross racers and Freestyle MX stars from across the globe.

Following a record year, the 2020 Arenacross Tour heads back to The SSE Arena, Belfast on January 17th and 18th, joining Resorts World Arena, Birmingham (January 31st and February 1st) and The SSE Arena, Wembley (February 21st and 22nd) in what’s set to be a stunning winter showdown from Europe’s leading action-sports show. 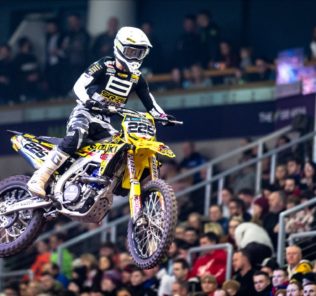 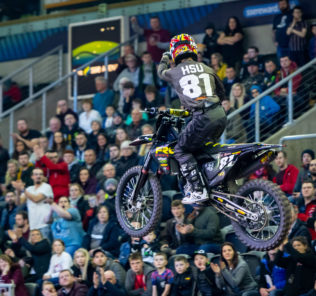 The 2020 Arenacross Tour – Strongest Line Up Ever!