Sidecar Speedway GB and ACU Events are delighted announce the return of the speedway’s ultimate warriors. The ACU British Sidecar Speedway Championships returns to stadiums in 2021.

The country’s top crews will once again be gearing up to thrill spectators across the UK. Five rounds of wheel-to-wheel, fairing rubbing action as the battle is on to win the most prestigious sidecar speedway title in the northern hemisphere. Sidecar Speedway GB are talking to tracks across the country right now, venues and dates will be confirmed as soon as the Covid situation enables the green light for stadiums to reopen.

After a few years in the wilderness the sidecars came back with a bang in 2015 with a couple of pilot events in Coventry. The race series took a huge leap forward in 2017, when ACU Events recognised that sidecar speedway had such huge potential and agreed to back a full British Championships. In the beginning interest was refined to the committed UK grasstrack fans. But in the last couple of years the crowd dynamics have changed, and many regular speedway fans now enjoy the visit of these methanol guzzling 1000cc monsters. Many of these have been attracted by the slick organisation on race nights and great value for money events. 20+ heats of non-stop race action that is more often than not, completed in less time than it takes to run a regular 15 heat speedway meeting. But the majority have been attracted by the unique spectacle which our championship provides. Close and exciting racing put on by the modern gladiators of the shale.

Sidecar Speedway GB and ACU Events have been putting in a tremendous amount of work in the past few seasons off the track promoting the sidecars. On track crews have been thrilling spectators across the country. 2020 has been such an awful year now it’s time to move forward and start looking ahead to a bright new future for Sidecar Speedway.

The ACU British Sidecar Speedway Championships 2021 is lining up at the tapes, waiting for the revs to rise and the tapes to go up on a brand-new season of “Edge of the Seat’ racing! 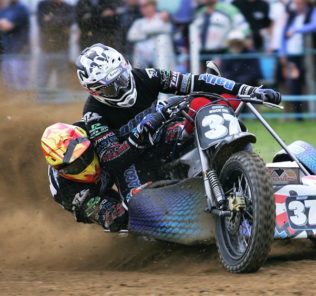 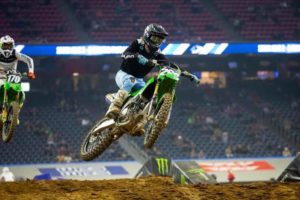